Somebody’s getting big! And things just keep getting better and better. 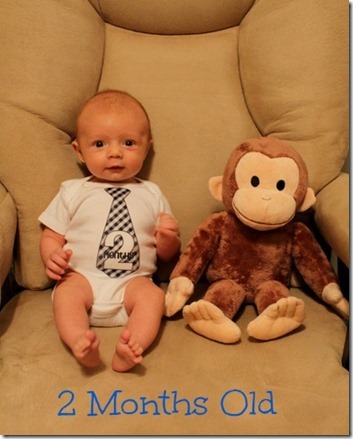 Although it doesn’t always seem like it as it’s happening, I can already see such huge differences between the first and second month with Lucas. Looking back, that first month was hard. There’s really no other way to put it. And it’s not even that we have an overly challenging baby by any means. I mean, all babies can be challenging, don’t get me wrong. But for me, the real challenge, in fact, was dealing with all of those post-partum hormones.

I think it took me until about six weeks to actually feel 95% like myself. I’m not sure when I’ll ever get back to that 100%, because there are still days where I’m an emotional wreck out of nowhere, can cry at the sight of a Cheerios commercial, or weep at the wounds of a random country song. Maybe it just comes with the mommy hood territory, I don’t know? But I will say, it certainly gets better and I am feeling really, really great these days.

BUT…enough about me. There’s a little cutie to talk about. 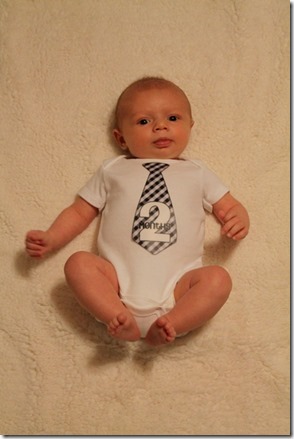 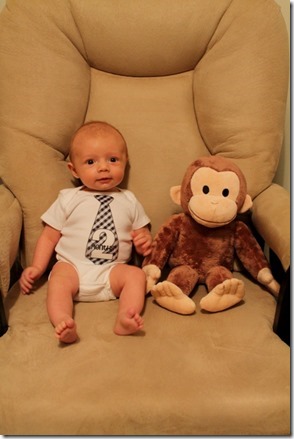 (You can see where I got his monthly onesie stickers HERE, and you can also use code BBB15 to get 15% off any bundle from Baby Bump Bundle. No affiliate link – just sharing the love!)

The second month with Lucas was great, and I think the most amazing part was/has been seeing his little personality begin to shine through. Although our evening visitors may think I’m crazy to say this (because why does it always work out that they’re cranky when you have visitors??), Lucas is generally a very happy little boy. 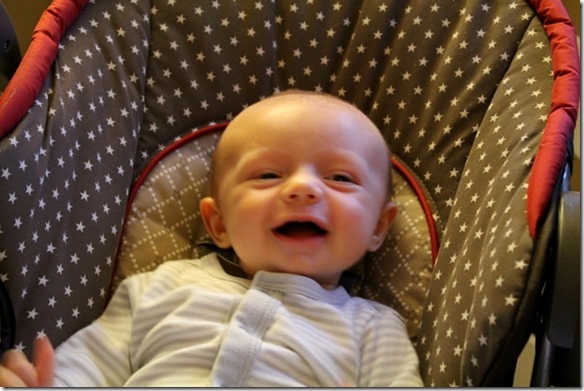 Most mornings, I’m greeted with ear to ear smiles that just light up my world. I mean, what better way is there to start off the day? And some mornings I go in to see him and I swear he grew a ton overnight.

He’s constantly “talking” with Jay and I, making all sort of fun “coos” and “aahhs.” He also does this thing where he breathes in really quick and excited, which almost sounds like half a laugh and cracks us up. Within the last couple of weeks or so, he’s also started imitating us when we stick our tongue out at him. I think him and dad like playing that game just about every time they hang out. I love it. 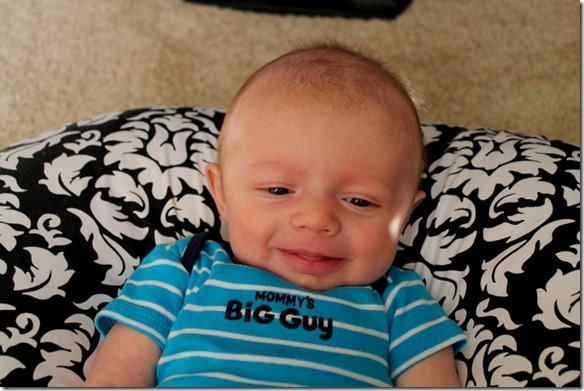 Other fun facts about Mr. Lucas at two months: 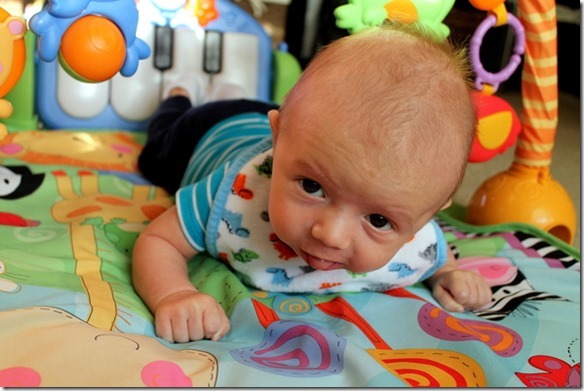 We really consider ourselves so lucky to have been blessed with such a happy, healthy baby boy. He may have only been in our lives two months, but I already can’t even imagine life without him. He really is the joy of our lives and we just love him to pieces.