Good morning to you all! What’s shakin’ this morning? Little man just went down for his morning nap so here we are.

As I mentioned yesterday, I had a lunch date planned with my friend Kanika and her daughter, Kaura. We both met up at Bountiful Bread, which is a place I’ve been to a couple of times, and since it was absolutely gorgeous out, we grabbed a table outside. 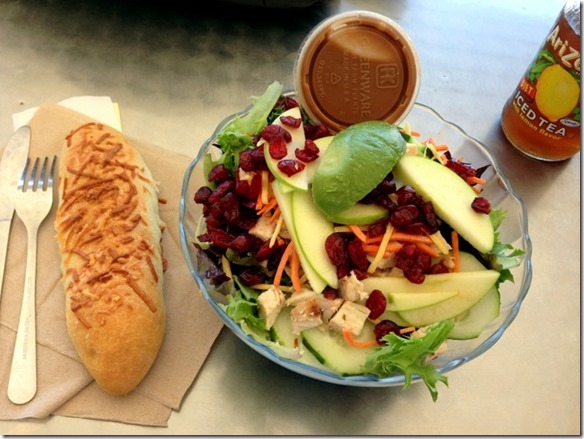 I ordered a “create your own salad,” with cucumbers, carrots, dried cranberries, grilled chicken, apple slices, and avocado. It was good, but since each topping was an extra charge, it wound up getting quite expensive. So for someone who likes about 1,000,000 toppings in her salad, I’m not sure the create your own option is the way for me to go.

The four of us spent a good hour and a half or so just hanging out and catching up. Since Kaura is exactly 4 weeks younger than Lucas, we have a lot in common and a lot to talk about. Thankfully, Lucas was pretty good and just hung out in his car seat, until he started to get hungry. I always bring an emergency bottle with me just in case when I go out…and he almost always winds up taking it. 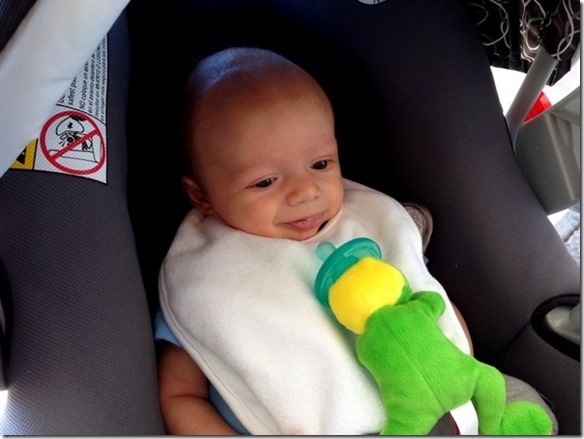 I wish I had taken a picture without his bib on…he had the cutest little polo on!

He’s also still trying to figure out if he likes his Wubbanub. I bought it for him earlier this week but he doesn’t seem to be crazy about it; he’s a little off and on when it comes to taking a pacifier (sometimes he’s all about it, other times he could care less) but he does seem to like having it near him and he will cuddle with it. Either way, it’s still cute.

A few hours later, my parents came over for dinner, and they came prepared to make us a delicious…brinner! Mmmmm, I love me some breakfast for dinner. 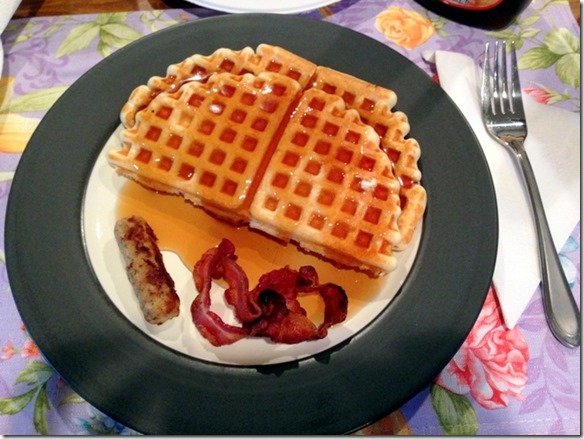 My dad actually brought all of his ingredients, including his waffle iron, and made all of us some of his “world famous” waffles. I’ve mentioned these on the blog a few times…they are seriously THE best.

We don’t have any major plans for today, so I am hoping to get out for a walk with Lucas later because it’s another beautiful day out there. Gotta enjoy it while we can!