Well, I finally made up my mind on last night’s dinner… 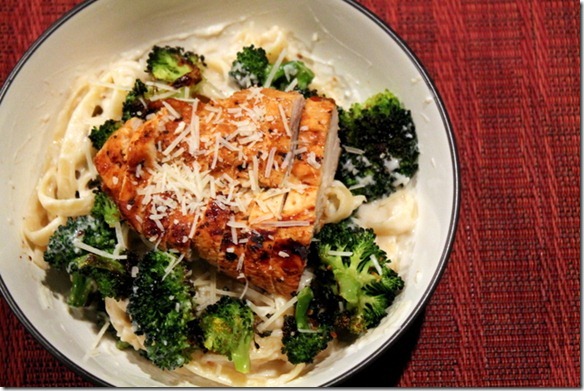 It was a Skinny Chicken & Broccoli Alfredo kinda night.

And it was soooooo good. 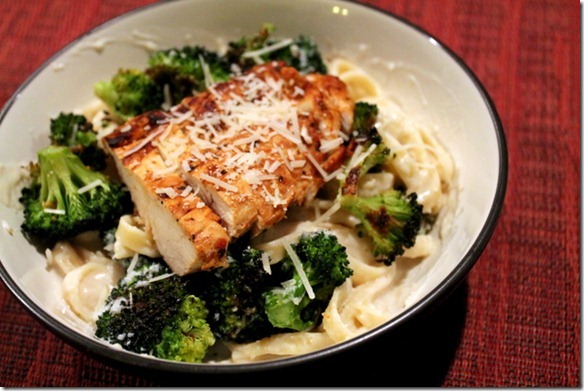 Thank goodness I had Jay to help out a bit in the kitchen, because it wound up being one of those times where all of a sudden I’m trying to whisk the sauce, roast the broccoli, cook the pasta, and check the chicken cooking on the griddler all at the same time. Whew!

Luckily, it all turned out perfectly, and we finished up shortly before watching our usual Monday night lineup: HIMYM and The Voice. HIMYM? Ehh, it was a funny episode, but what is with the weird endings? And The Voice? WOW. They were all amazing, but if I had to choose, I’d say that Trevin gets voted off. What do you guys think?

Nothing too crazy complicated this morning. I thought about making some oatmeal (especially since I have a PB jar ready for OIAJ) but I wasn’t in the mood to stand over the stove. Instead, I stood over the toaster oven. 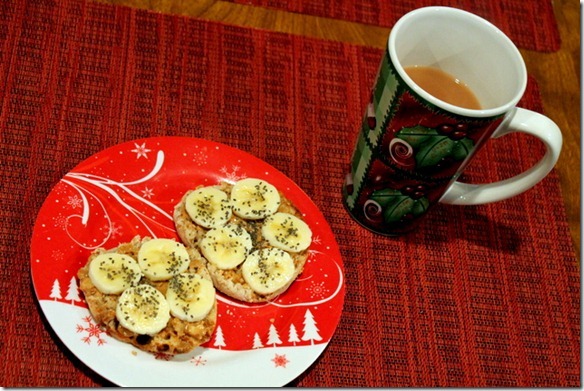 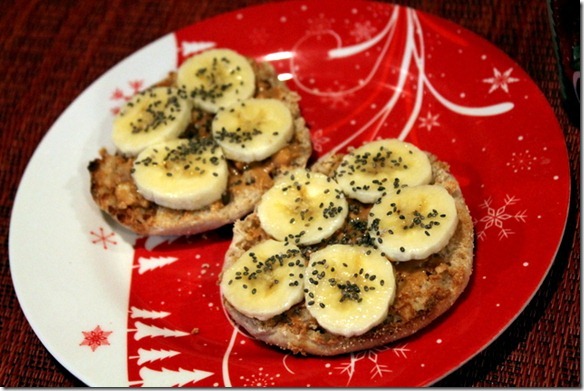 You guys like my festive plate and mug this morning??

So I have to head out again at some point today to pick up a few Christmas gifts, but I’m thinking I ought to leave sooner than later…my FedEx guy USUALLY doesn’t come until later, so hopefully by leaving early I won’t miss him again.

I’ll catch up with you ladies and gents later on!

When it comes to cooking, do you prefer to do it alone? Or would you prefer some help in the kitchen (from your significant other, a parent, etc.)?

I’m always love some help when I cook…but I like to do the baking solo!

« I Miss the FedEx Guy
My Christmas Survey »