YAY for another successful bridal shower! 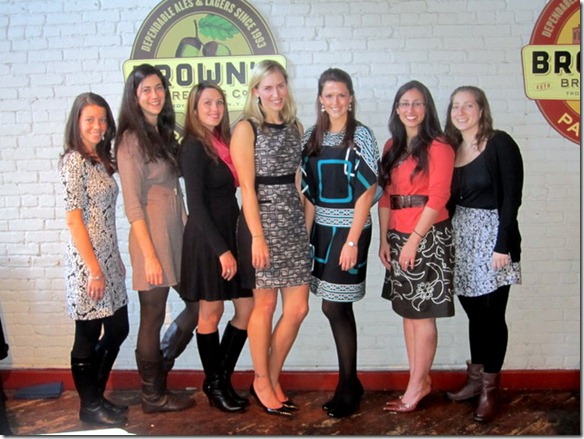 Early yesterday afternoon, I was off to Mal’s bridal shower location, which just so happened to be at one of my favorite local spots ever – Brown’s Brewing Co. You may remember a couple of months ago when I was out with Sarah taking care of some bridesmaid duties? Well, we were actually at Brown’s to get some info for the shower, and as luck would have it, it all worked out. 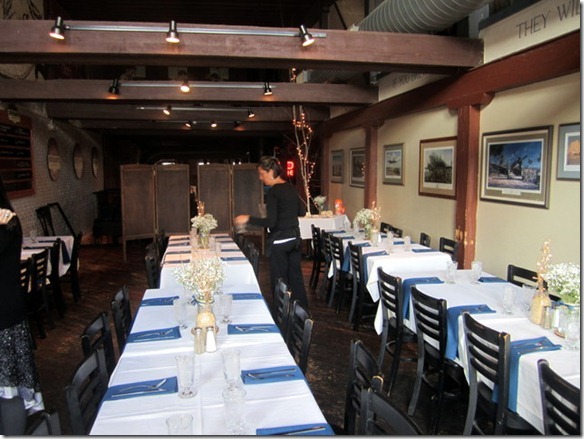 The spot was absolutely perfect for Mal. A couple of the other bridesmaids put together the mason jars of baby’s breath, and the venue provided us with the other lit up jars, which both complemented each other really well. 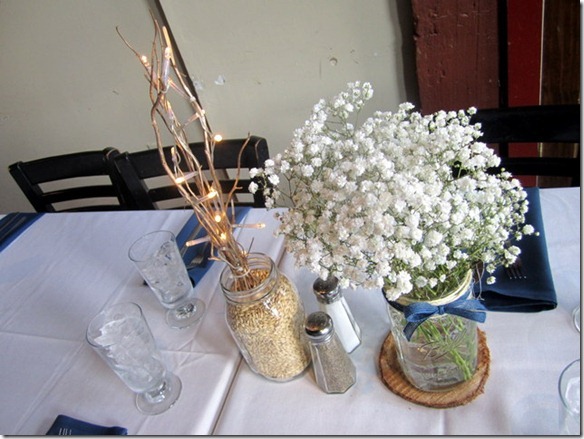 Eventually, our guest of honor arrived and it was time to get the party started! 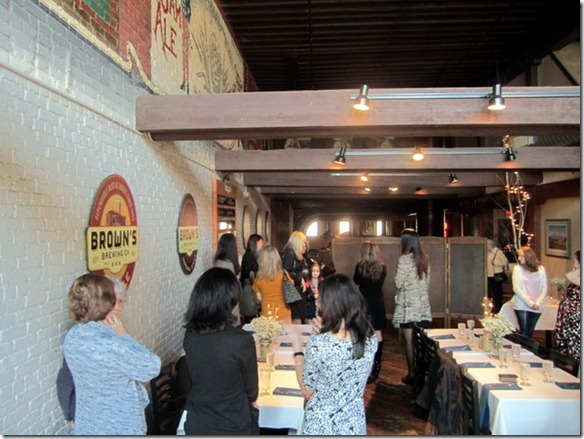 For lunch, we had a spread of caesar salad, wraps, sandwiches, garlic bread, and pasta. 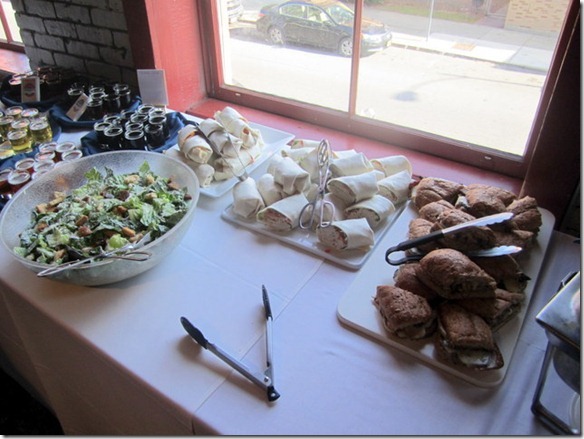 And, of course, since we were at a brewery, we also had beer samples for the guests to try. The only bummer is that they’re already done brewing their pumpkin ale. 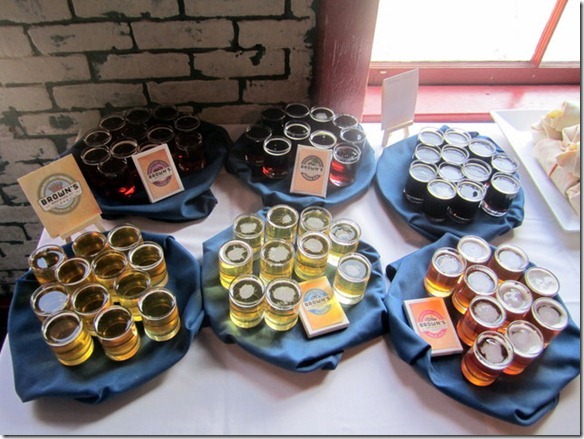 For lunch, I helped myself to a bunch of caesar salad (not usually my favorite, but man, was it good), some pasta, and a sandwich, which is actually the same sandwich I had the last time I was at Brown’s. It’s one of my favorites. 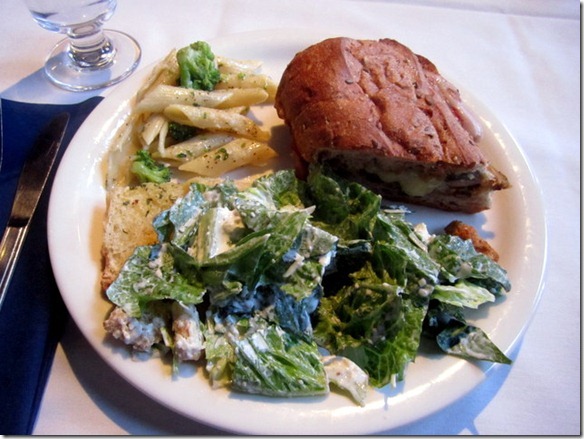 After lunch, it was time for presents (she loved our wine basket!)… 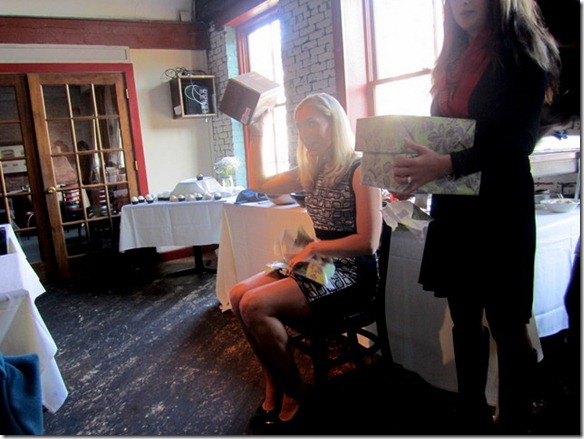 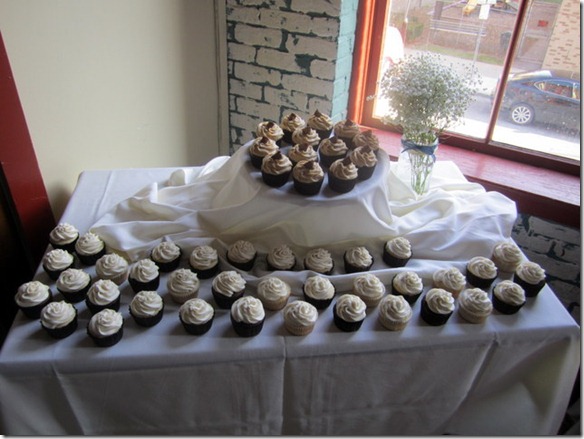 I snagged a vanilla one for myself, since they’re probably one of my favorite cupcakes that come out of my kitchen. So simple, yet so, so good. 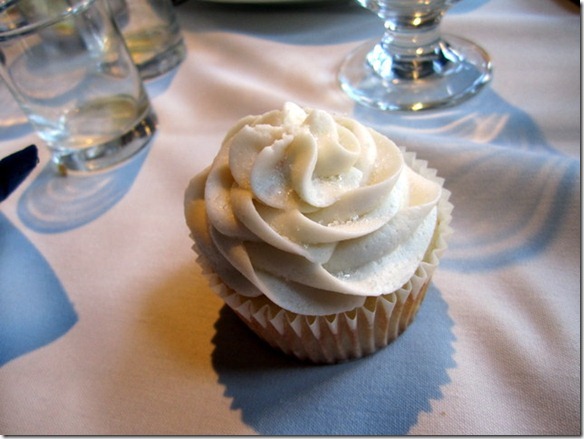 The shower actually ended pretty quickly, but a bunch of people hung out for a while afterward, so that was nice. I mean, I’m always up for hanging with these ladies a little longer. 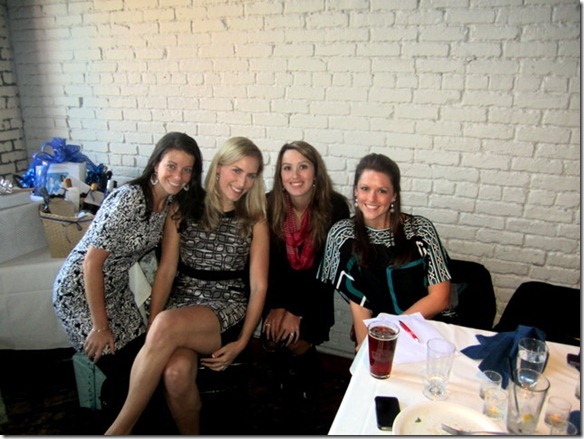 After the shower, the bridesmaids walked down to Dinosaur BBQ and enjoyed a couple of drinks there while chatting at the bar for a few hours before calling it a day. It was definitely a great day spent with awesome girls, for sure!

Hope everyone else is enjoying their weekend…anything fun going on with you?