This weekend brought us some more Christmas fun, thanks to our annual family Christmas party!

After a morning at soccer, both of the boys “helped” me make some cupcakes to bring to the party later on, and while it’s always such a mess when they want to help me, I can’t say I hate them wanting to take part in the fun. <3 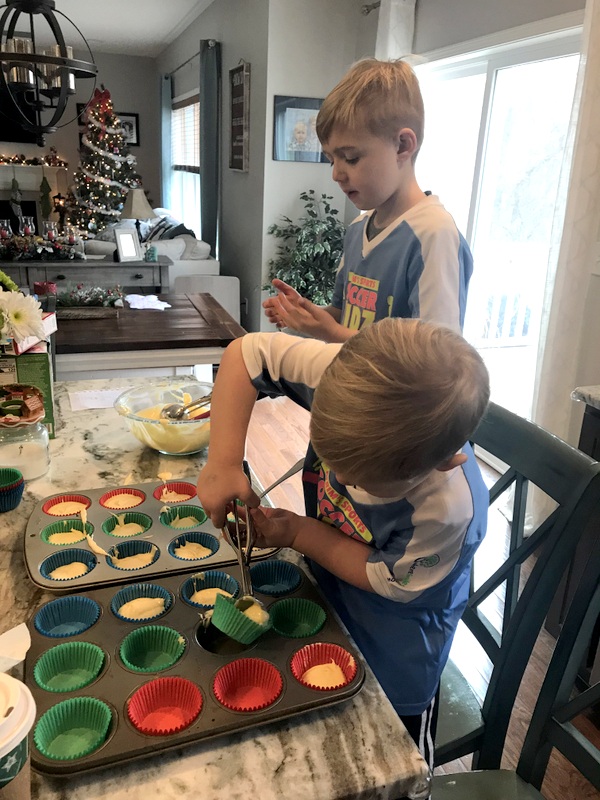 I got smart and took care of frosting the cupcakes while Alex napped so the mess would be reduced just a bit. ; ) And I actually kept things pretty simple by using a boxed vanilla cake mix paired with my homemade vanilla buttercream frosting. Side note…I ALWAYS go for the Butter Recipe Yellow mix from Betty Crocker if I’m doing yellow cake from a box. I feel like the butter in it makes it taste a lot more similar to a homemade cupcake!

Lucas helped me with the decorations and I think they turned out super cute! 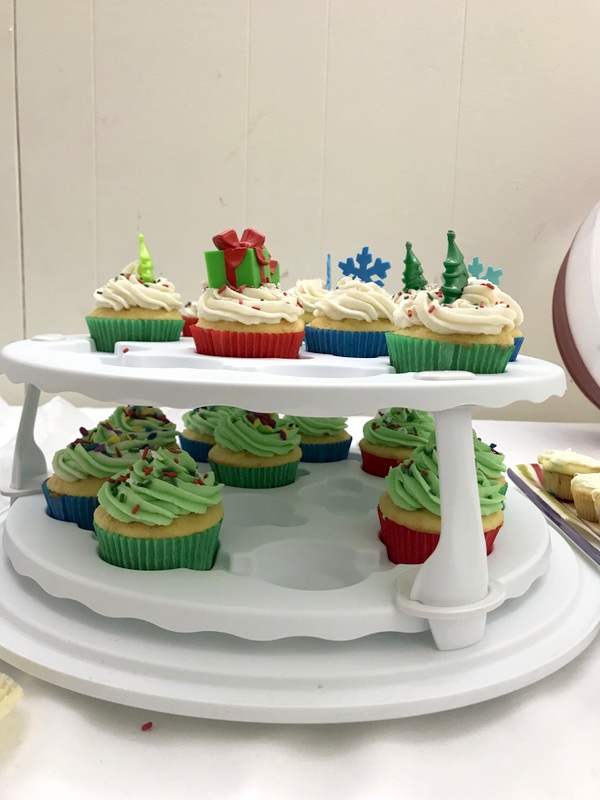 And Alex just enjoyed eating them. 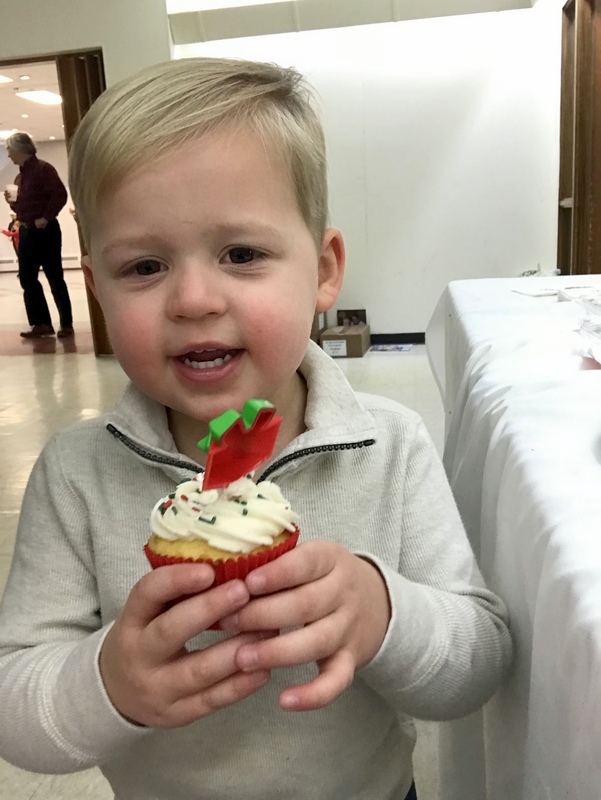 As for the party, it was great, as always! The boys had all sorts of room to RUN and play, and we got to catch up with family. 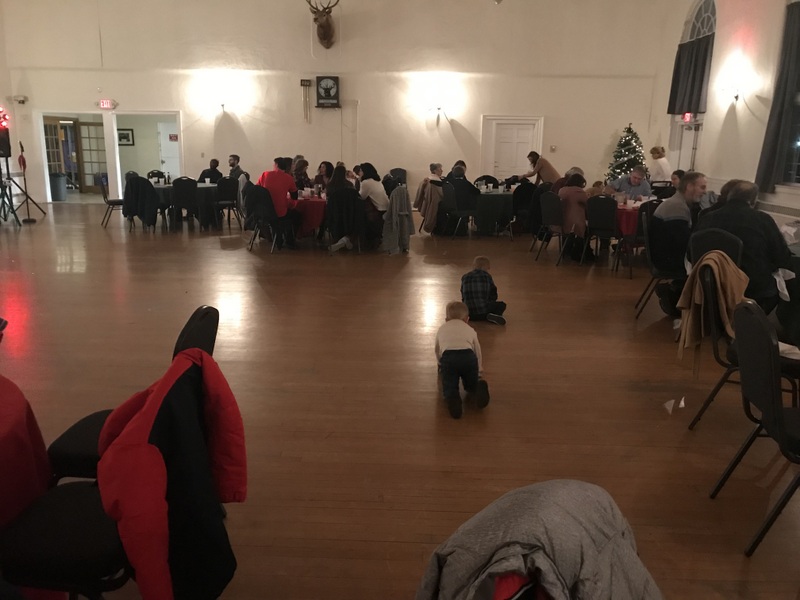 From the minute we got there, Lucas was eyeballing the Christmas tree to see if he could find his present from Santa, and he got Alex in on the excitement, too. 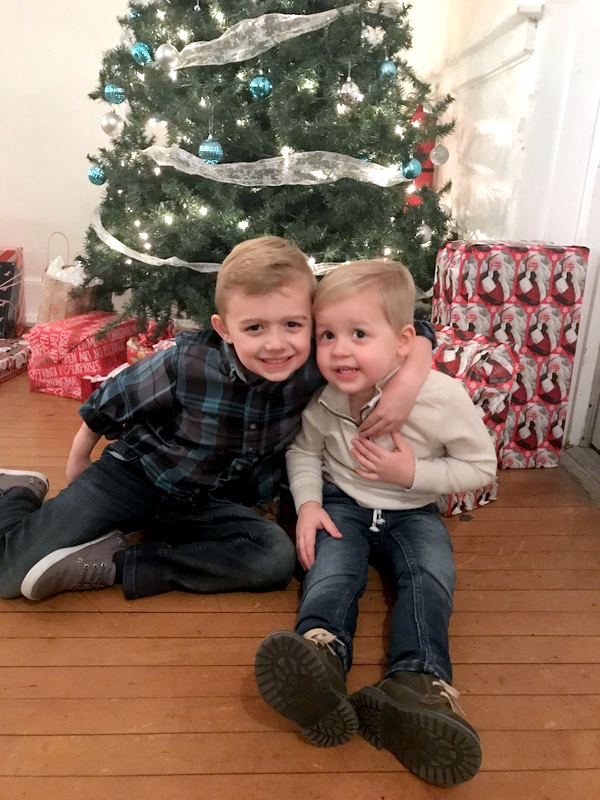 After a yummy dinner, it was all fun and games until the big jolly guy arrived… 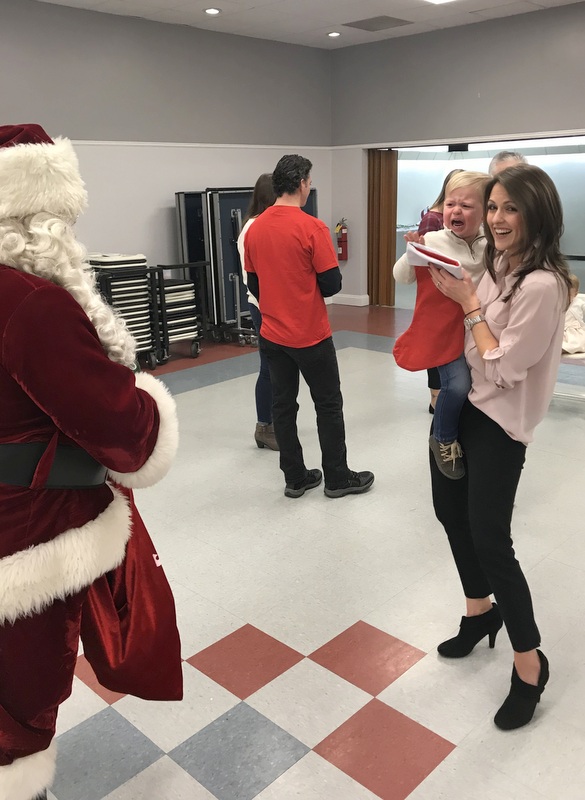 Ohhh, Alex. Maybe next year will be better! Poor guy was just not a fan of him being too close, but was all about watching him and talking about him from a distance. 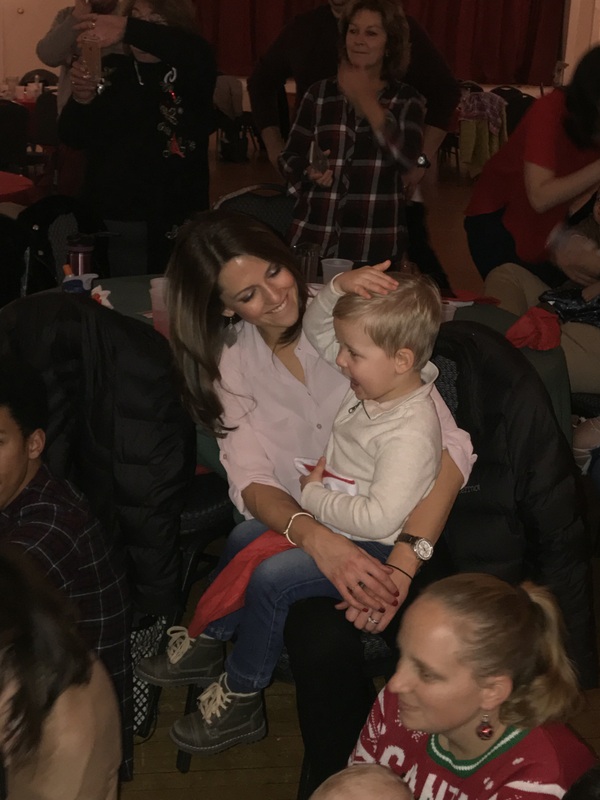 Lucas, on the other hand, was just elated to see him! 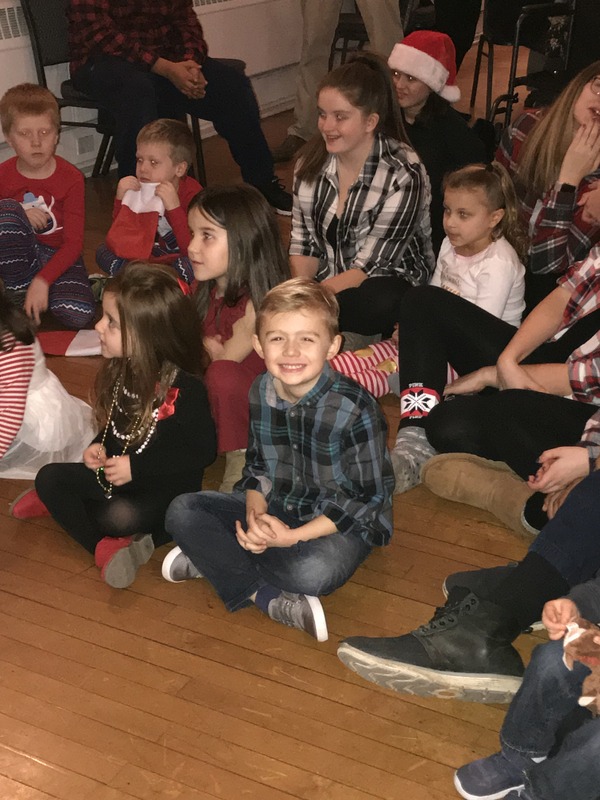 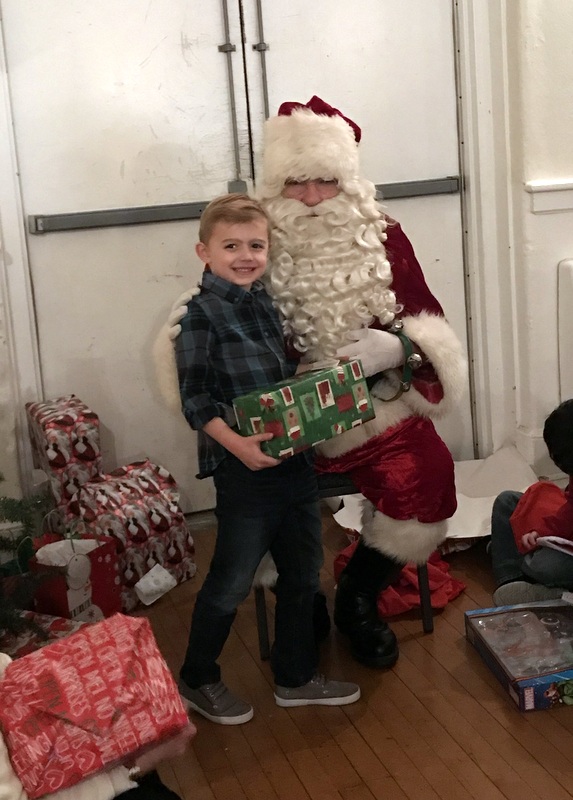 Both of the boys got the new Hess truck (which they’ve gotten the past couple of years) and they spent the rest of the party driving them all over the place. 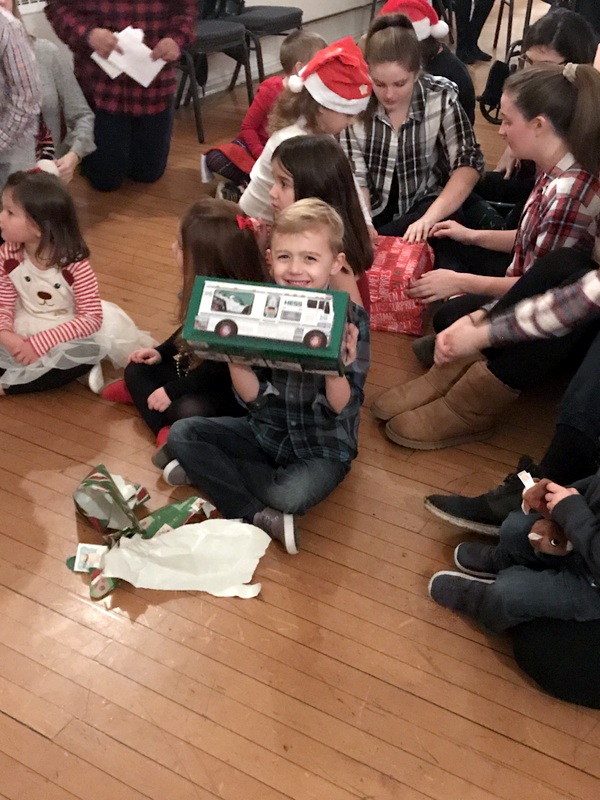 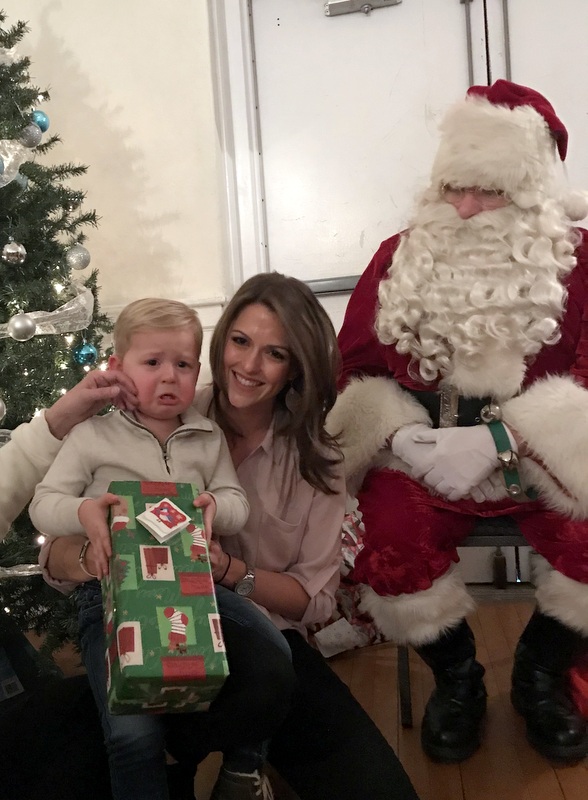 But, of course, we were fine as soon as we got farther away. And he even got as far as waving to him, so we’re making progress. 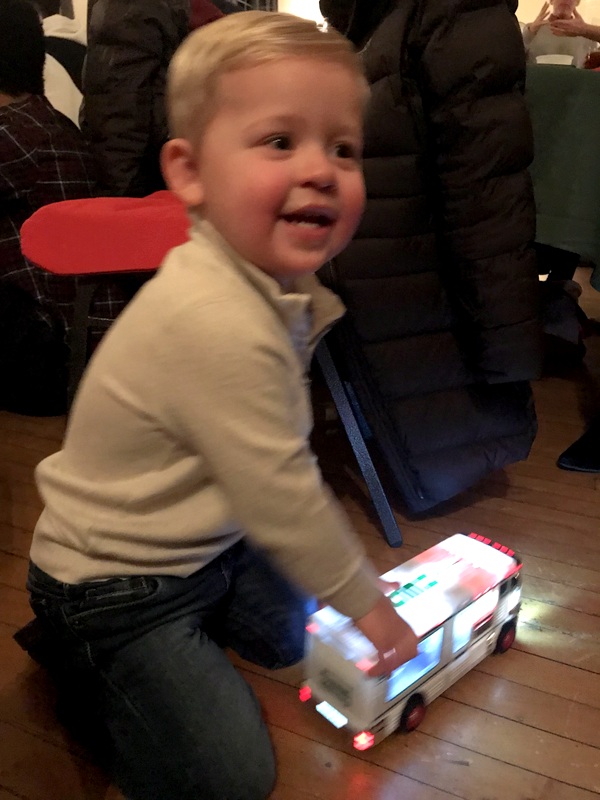 Cheers to another fun party this year! 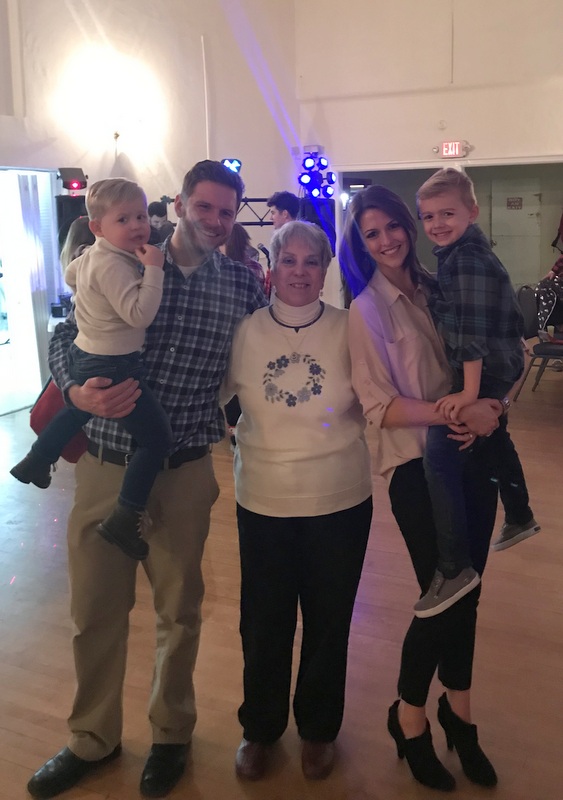 Our Sunday was pretty quiet. We hung out in the morning, I ran to Target for some wrapping paper, and Jay and Lucas went over to my mother-in-law’s house for a bit to help her with her Christmas tree. 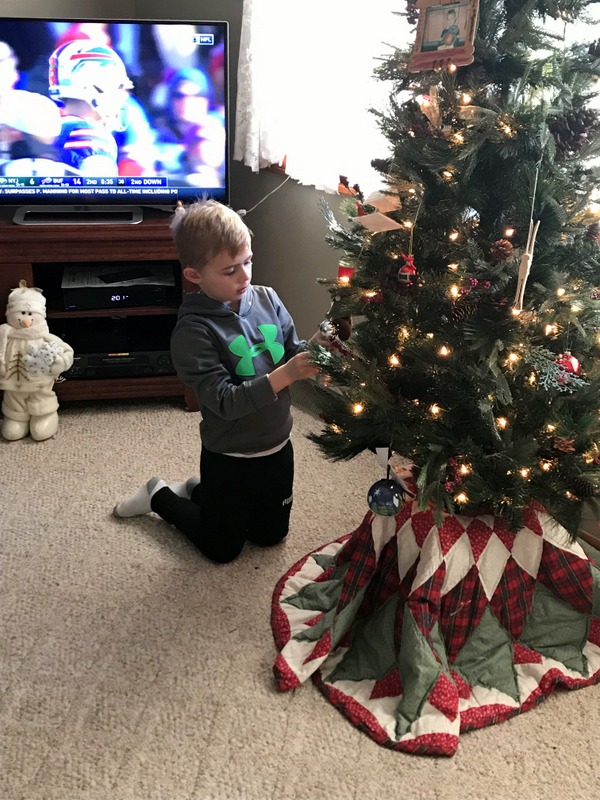 Then once Alex was down for a nap I got working on wrapping up the boys’ 12 books of Christmas. 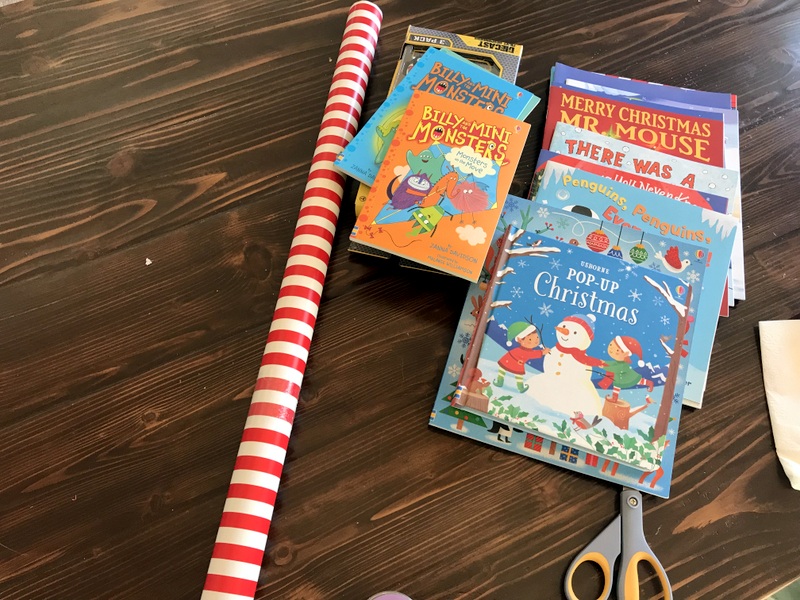 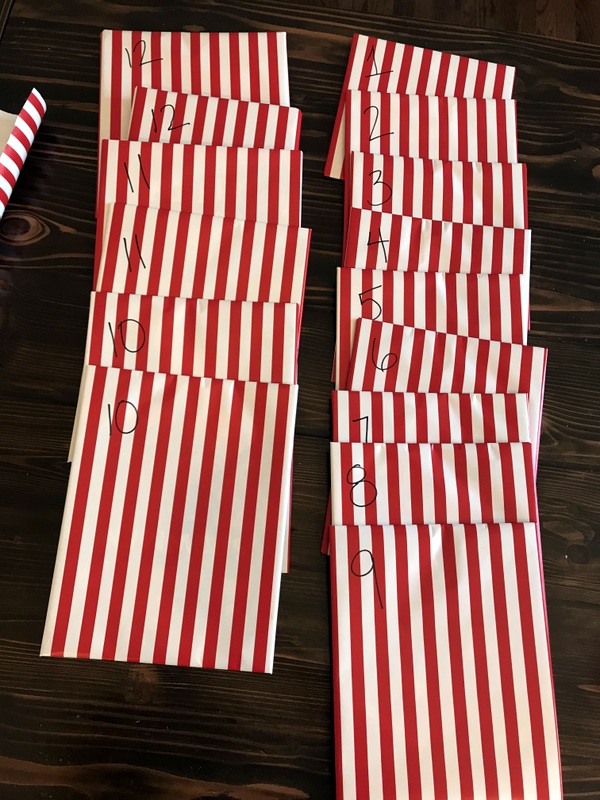 As a bonus, I even got to sit and watch an entire, cheesy Christmas movie on the Lifetime channel (it was Dear Santa, in case anyone else was watching?? I thought it was cute!) without any interruptions. Day. Made. 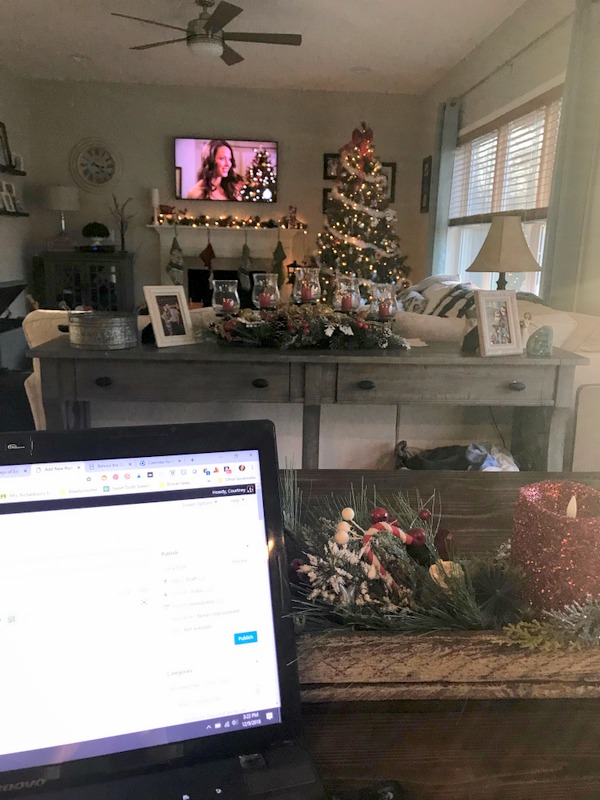 As for the rest of our Sunday, I swear there must have been a full moon or something in the water because holy cow, it was a rough night on the parenting front. So much so that it called for this. Hey, maybe it’s just the excitement of Christmas?! Who knows…either way, I need to make sure I stock up on some more of my wine.

Hope you all had a great weekend!! Do anything fun or festive?