Hey hey, my friends! Happy Monday to you all! Did everyone have a fantastic weekend?

As always, our weekend went by way too fast, but we still managed to have some fun. To be honest, the end of last week was a little bit rough. I’ll blame it partially on lack of sleep, but Lucas was having some tough days/evenings and we’re dealing with what I believe to be some acid reflux. I’d be lying if I didn’t say that the two of us shared some tears together.

Don’t get me wrong, we’re good over here! But you guys know I like to keep it real and, well, there are the occasional rough patches. Comes with the territory though, and I wouldn’t trade it in for anything.

Thankfully, Lucas had a MUCH better weekend, leaving all of us feeling a little more refreshed. On Friday, the little man spent a couple hours with grandma while mom went out for a little afternoon pampering. 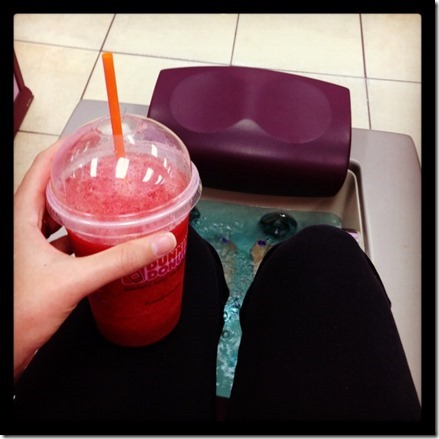 I love Lucas to pieces, and being a mom is incredible, but it felt so, so good to have some me time. It’s amazing what a couple short hours can do for the soul! On Friday evening we also attempted to give Lucas his first bottle and he took it like a champ. I was thrilled!

On Saturday, I spent a few more hours out during the afternoon while Lucas stayed home with Jay so I could do a little grocery shopping and pick up some more diapers (people aren’t kidding – they DO go fast!). For dinner, we actually cooked ourselves a meal…who knew? 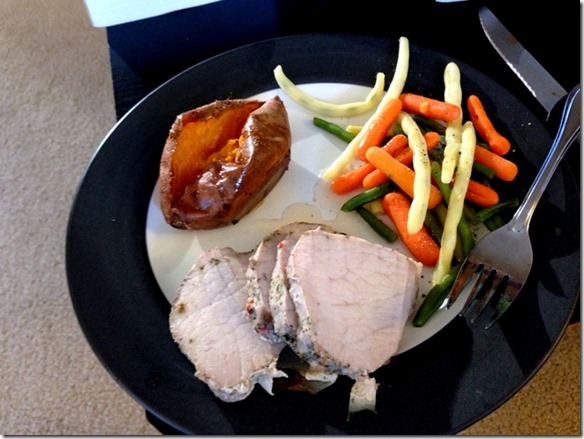 I, obviously, was not concerned with how it photographed, but we had some delicious pork tenderloin, oven baked sweet potatoes, and some veggies. Yum!

Shortly after dinner on Saturday, we had a big FIRST over here…Lucas had his very first tubby. 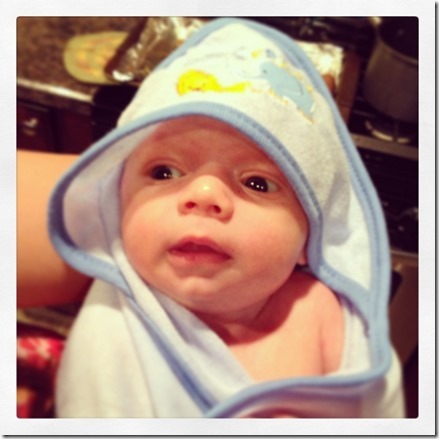 I had no idea if he’d love it or hate it, but he loooooved it. He was so content the entire time, cooing and “ahh-ing,” which had all of us in smiles. Of course, right after we finished and wrapped him up in the towel (actually almost right after taking that photo) he peed and pooped all over. Go figure.

I put my little buddy to bed around 9:30pm and right after that, I headed outside to join my man for a backyard date. 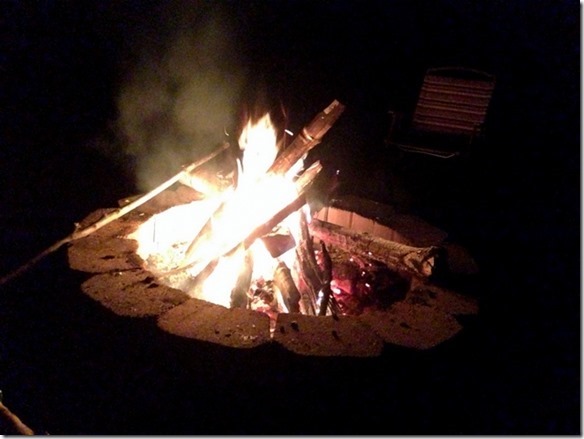 Cheers to us! And to enjoying a delicious Sam Adams Porch Rocker beer (seriously…looooove them). 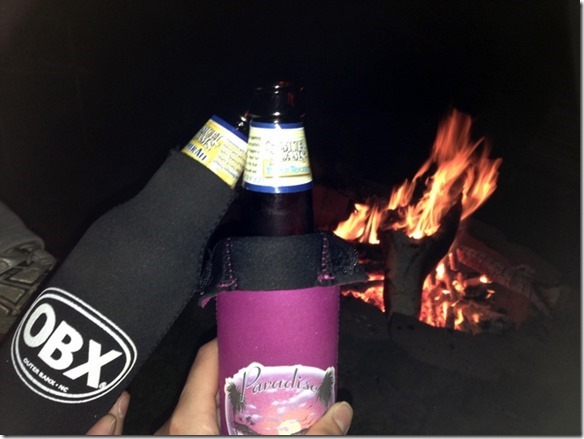 As for Sunday? Well, it didn’t go quite as planned. My in-laws came over in the afternoon for a late lunch (Welcome to Moe’s!) 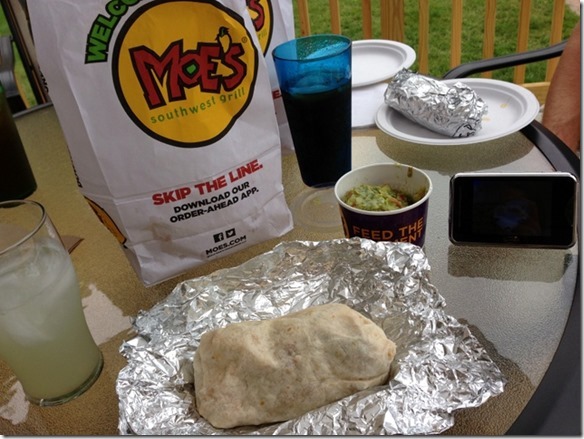 but before that, Jay realized that our shower was leaking and decided to start tackling it on his own… 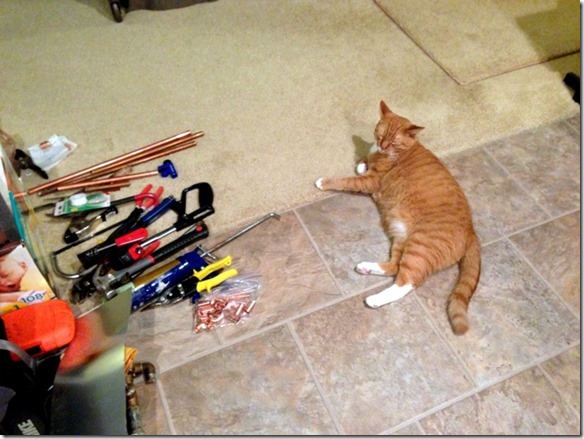 Now I will say that my husband is incredibly handy, and he was *so close* to getting this one squared away, but after about five hours of him and my FIL working on it, they still came up slightly short. Luckily, we have a plumber coming over later today, but until then…no showers. So if you see me, proceed with caution…I may still smell like spit up.

After a long day of working on that darn shower, Jay finally relaxed with me and Lucas, and the two of us both decided to wind down with an old favorite… 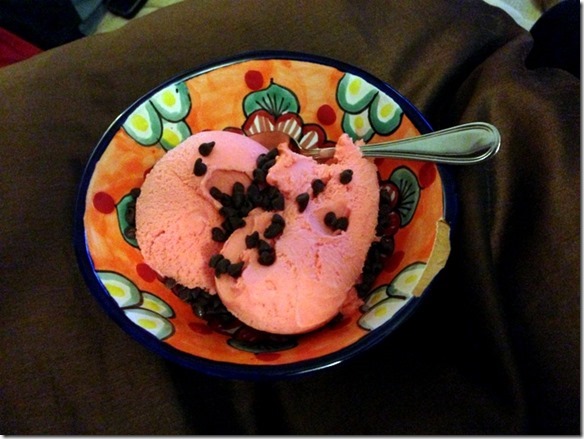 So yeah, that’s pretty much our weekend in a nutshell! What fun stuff were all of you up to?