Alright, so last night’s dinner was sort of lame – Jay had to work late so it was a simple sliced deli chicken wrap with avocado – BUT, I had had another dinner that I’ve been meaning to share with you guys for over a week now.

Most of the time, I wind up photographing a good majority of my meals. Occasionally, for one reason or another, they don’t end up making it to the blog…most of the time it’s because they’re boring or ugly (I’m starting to think it might be fun to do a roundup of the meals that don’t make the blog?!). But this salad I had recently just totally deserves a little shout out. 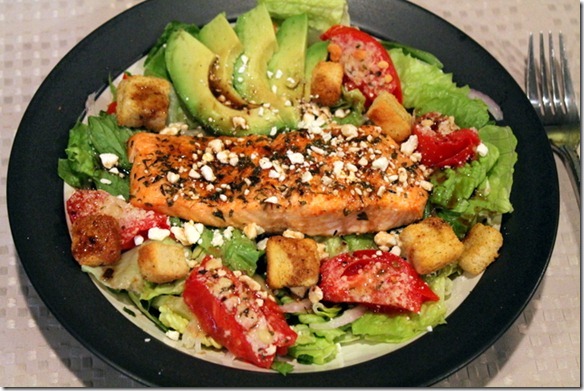 For this salad, I had broiled a fresh piece of salmon in the oven and served it on top a bed of romaine, onions, feta cheese, avocado, a few croutons, and tomatoes. But they weren’t just any tomatoes.

They were roasted tomatoes with parmesan cheese. And let me tell you…I cannot believe I have waited so long in my life to roast a tomato. WOW. 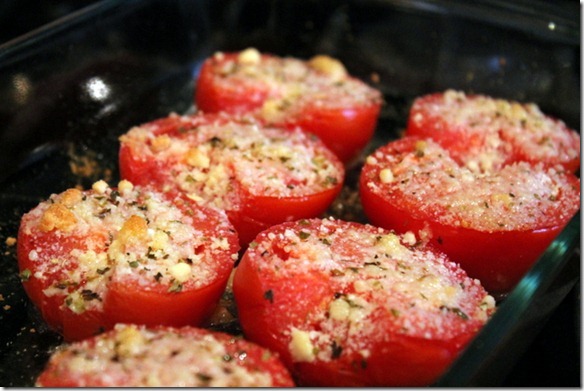 I didn’t really end up following a recipe, per se, but I sliced them lengthwise, drizzled them with a little olive oil and topped them with some parmesan cheese, basil, and oregano. I then roasted them in the oven at 350 degrees F for about 15-20 minutes. So easy, yet so super awesome.

I’m pretty sure I used two halves on my salad but then wound up eating the rest as snacks here or there, and they were gone within about a day and a half.

So yeah…the salad was great. The tomatoes were awesome. 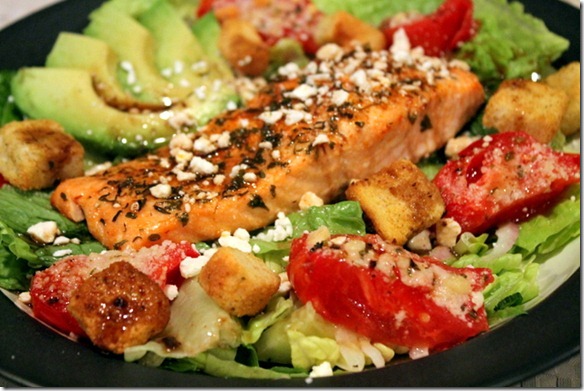 It was just too delicious of a meal to pass up on sharing…and it sure beats last night’s dinner!

Would you believe that I went two whole days without peanut butter in my life? I know…I still can’t believe it either.

So I brought it back today. 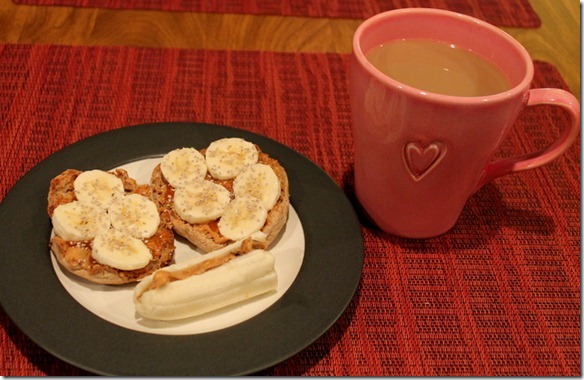 Typical breakfast-style, on a whole wheat English muffin along with some pumpkin butter, banana slices, and chia seeds. I also decided to go for the whole banana today (most days I just eat half and put the other half in the fridge for later) with a little more PB. 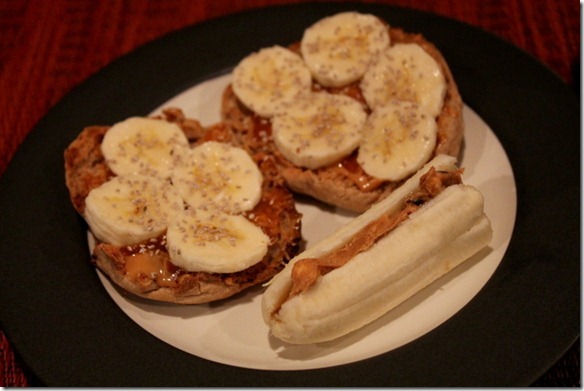 Now with breakfast in the books, it’s time to get movin’ with the rest of the day. Plans for this morning include a couple client training plans, possibly some yoga, and a little job hunting. I’m still on the lookout for something to get me out of the house and interacting with humans again. So hey, if anyone local is looking to hire…

**As always, thank you all for your kind words from yesterday’s post. I wrote it quickly and on a whim, and didn’t even go back to proofread(!), so I sort of cringed when I went back and re-read some of it (definitely did not want to come across as whiny and should have focused more on the positives). But really – the encouragement, advice, and well wishes – thank you all SO much.

Alright friends, I’m off! Have a great Wednesday, everyone!!

« A Lengthy HA Update…Grab a Seat
How Could You? »