Hey, I don’t know about you, but it’s pretty nice knowing that I’m starting the work week on a Tuesday rather than a Monday. We had a great Memorial Day weekend, and since I have a fair amount of photos to share, I’m just gonna go ahead and keep the chit chat short (well, as short as I can…that not my strongest suit) and get started.

Saturday evening, Jay and I had date night! 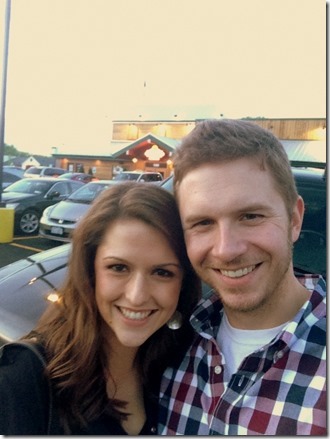 We decided to go for some dinner at Texas Roudhouse, which just opened up in our area in the past year (I think?). A bit of a wait for a table had us hanging out at the bar with unlimited peanuts and Shock Top Lemon Shandy on tap.

Oh my, that beer is good.

And so is the food. Like, for real. I wasn’t quite sure what to expect for it being a chain (not to sound like a restaurant snob, although I guess that kinda does), but my sirloin was absolutely delicious. And their rolls? Holy crap. 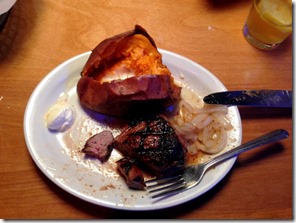 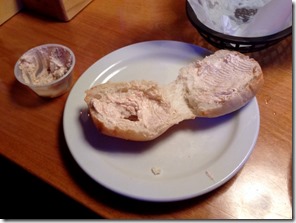 I fell so in love with the rolls and whatever their whipped cinnamon sugar butter(!!!) is that the waitress offered to send us home with some extras. And by extras, we got 8 rolls and about 4 containers of butter. Heaven.

Our original plan was to hit up a movie but we got a late start so that was out. Instead, we hit up the book store and found ourselves sitting on the floor of the children’s book section. 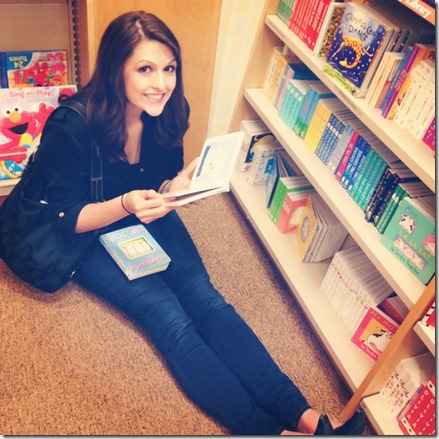 Yes, this is what our date nights have come to apparently.

But hey, it’s all good. We got the babe a few new reads… 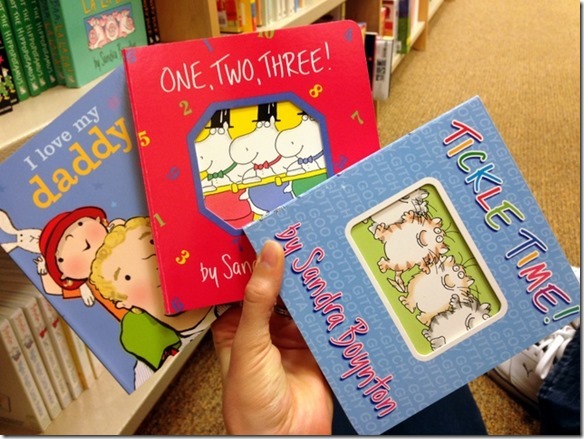 Including “Toot” by Leslie Patricelli. The two of us were in tears reading this thing in the store. Absolutely hilarious. 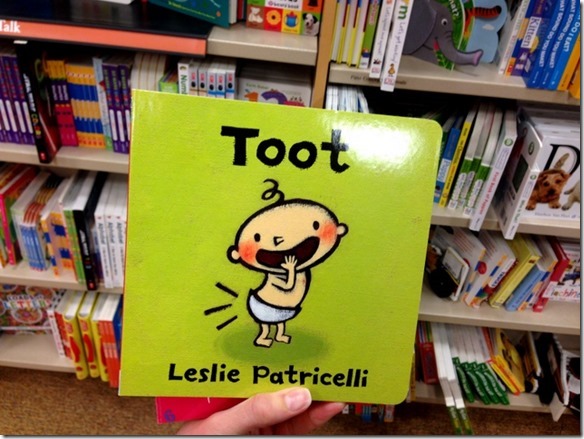 Date night ended on quite the sweet note. 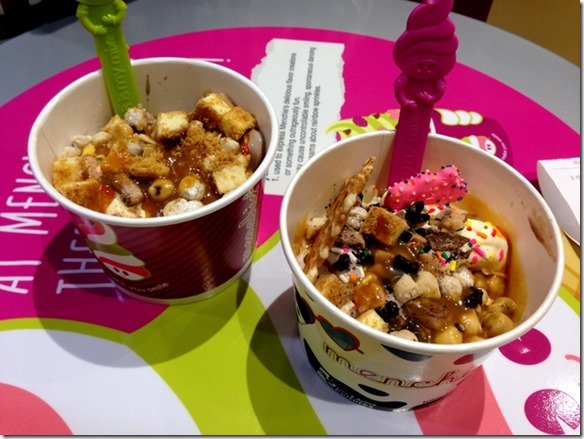 Fro yo, for the win.

The weekend also included a couple of great workouts. 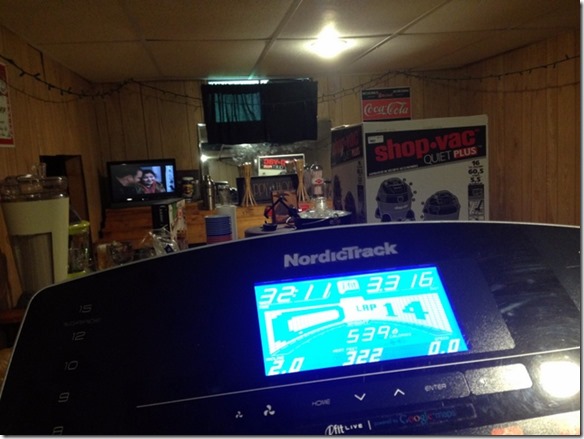 Which Cody did a great job supervising. 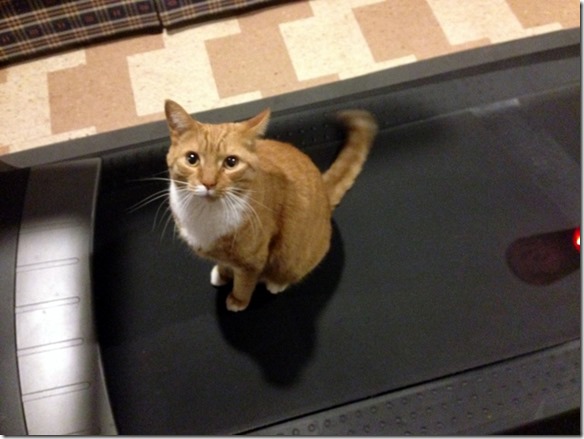 I got wicked lazy and ordered my groceries online from Price Chopper and went to pick them up. 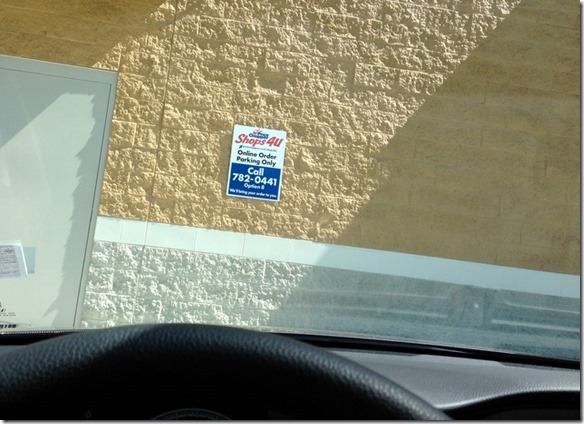 You don’t even have to get out of your car. Genius. 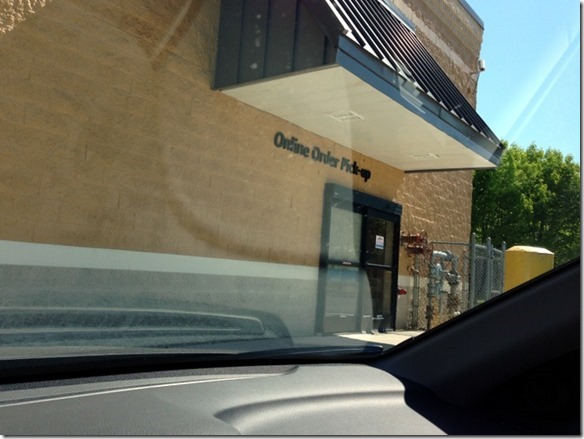 We spent a few hours up on Saratoga Lake on Sunday with family, which was an absolutely gorgeous day. 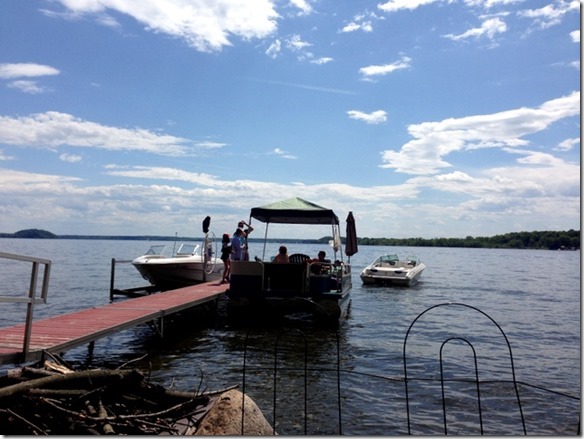 Lucas wore his flip flops for about 15 minutes so I took that as a win. 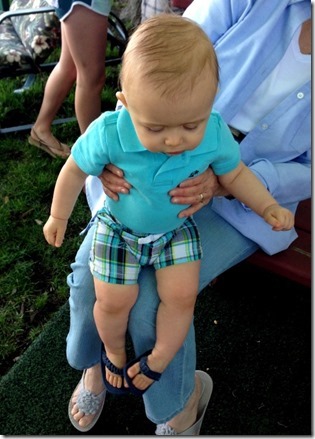 We attempted a family photo but somebody was too distracted by the grass. 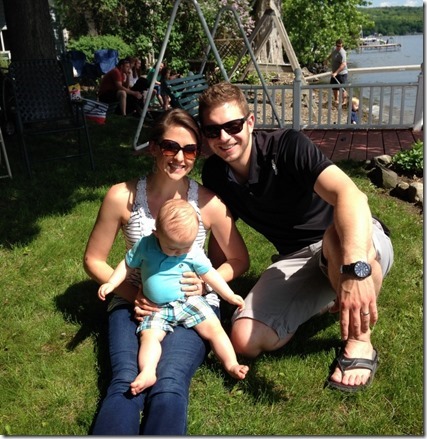 Always a good time with these ladies (and creeper Gill in the background). So lucky to be able to call them family. 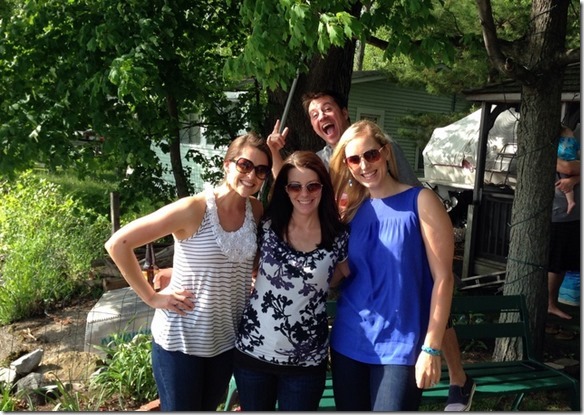 And, of course, it wouldn’t be a party without delicious food and treats on hand. 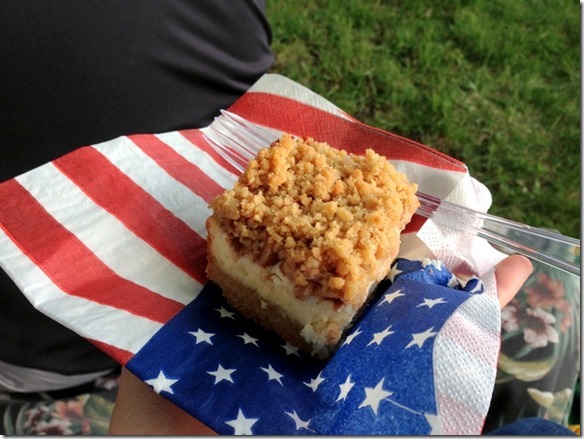 Monday was a busy day spent at home. Jay worked around outside the house. I worked inside and spent the day with this cutie, who got pretty excited about his green smoothie. 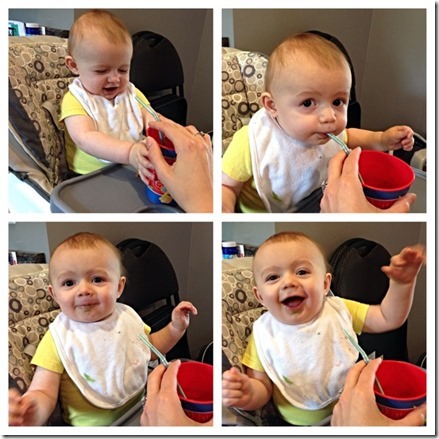 My parents and brother came over for a little BBQ. 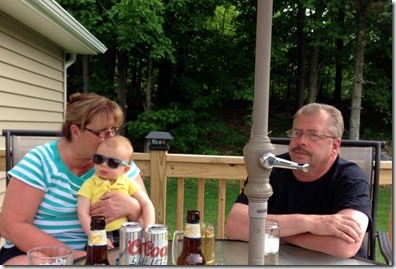 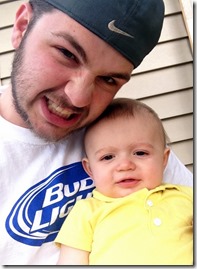 And there was lots of good food to eat. 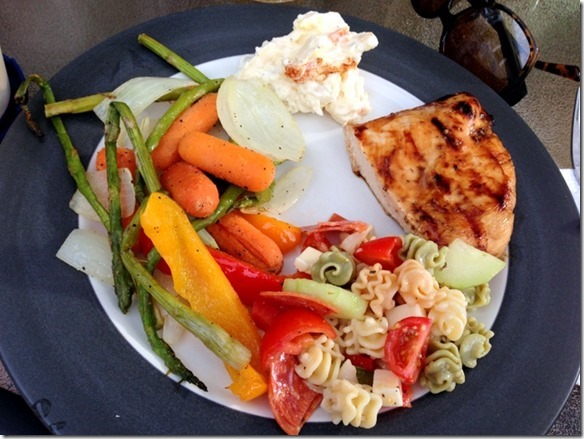 And that, my friends, is a wrap up of the long weekend! Now we’re back to the work week and I’m not gonna lie…I could reeeeally use an extra day. Or twelve.

How was your weekend? Anyone do anything fun??