A couple of weeks ago, I was approached by Marx Foods, asking if I would be interested in a challenge.

Given the opportunity, if I have the time, I’ll always partake in a challenge. This challenge, however, had me “cooking” outside my comfort box…why is that? Well, because the main ingredient to work with was one that I normally shy away from… 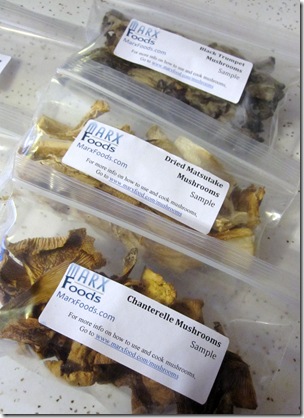 Despite my initial lack of knowledge of the little fungi, I did some research and came up with a recipe to submit for the Blogger Mushroom Recipe Challenge.

Marx Foods sent me (5) different varieties (about 1/2 oz. of each) of dried mushroom samples. After deciding what I wanted my recipe to entail, I then went ahead and chose two varieties of the mushrooms to work with: 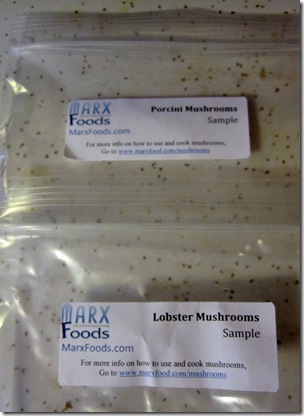 Since the recipe I wanted to create would require reconstituted mushrooms, I consulted the Marx Foods website to see just exactly how to do it:

Simply put the mushrooms in a bowl 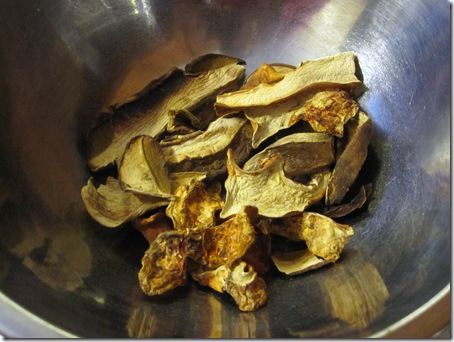 Pour boiling water over the mushrooms to cover. 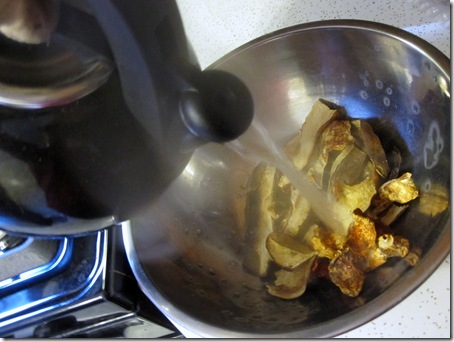 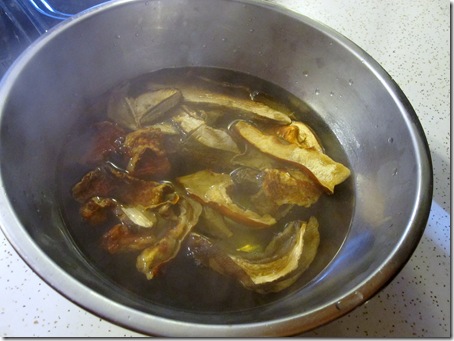 Once the mushrooms are tender (about 20 minutes) they are ready to work with; which meant it was time to get this creation started. (I sliced mine up, but forgot to take a photo of that part…) :)

First, I began by cooking up 6 links of MorningStar Farms sausage links. 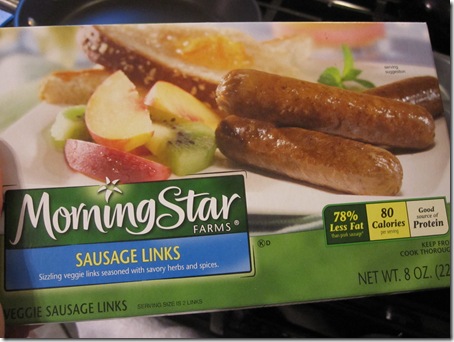 Once they’re cooked, use a fork to crumble them into small pieces. 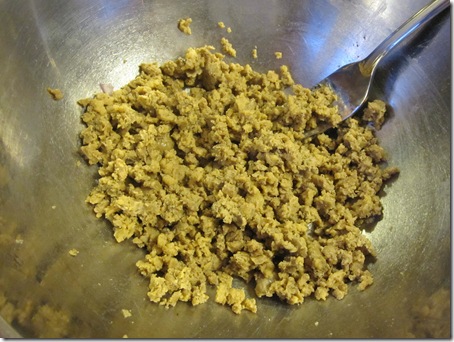 Using the same pan that you cooked the sausage in, heat 1 tsp extra virgin olive oil in the pan. Add the sliced mushrooms and cook, stirring often, about 5-7 minutes. 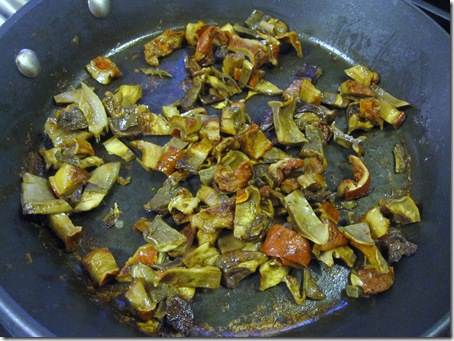 While the mushrooms are cooking, coat a nonstick muffin tin with cooking spray. Then, cover bottoms of cups with 2 slices of cubed, stale whole wheat bread (you can do this by simply letting them sit out on the counter for a couple hours) 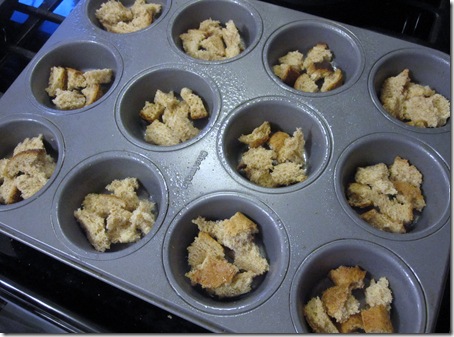 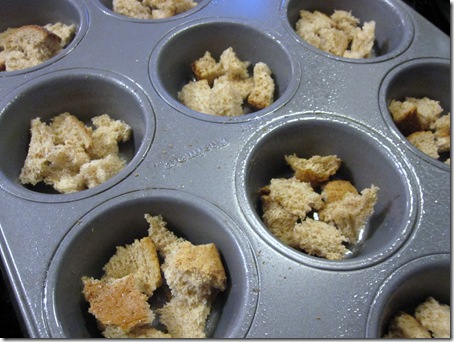 Once the mushrooms are cooked through, transfer them to the bowl with the crumbled sausage. Let cool for 5 minutes, then stir in red onion, salsa, and cheese. Set aside. 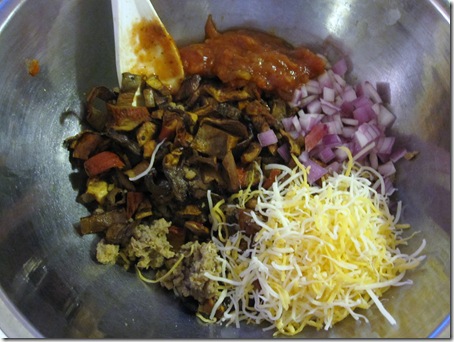 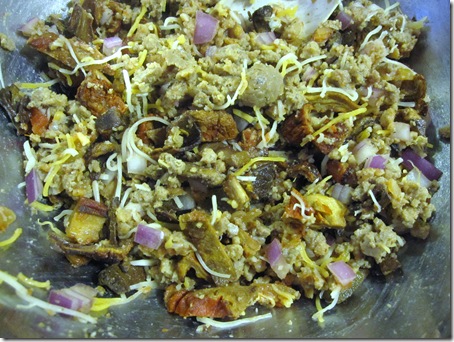 Next, whisk eggs, egg whites, milk, and spices in a medium bowl. 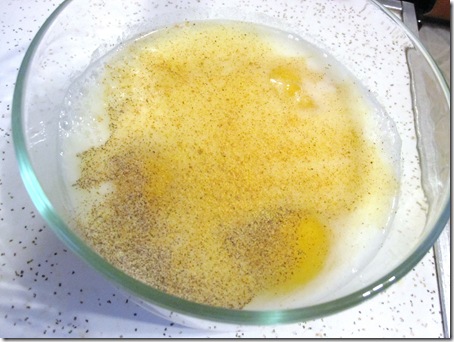 Make sure to get ‘em nice and fluffy. ;) 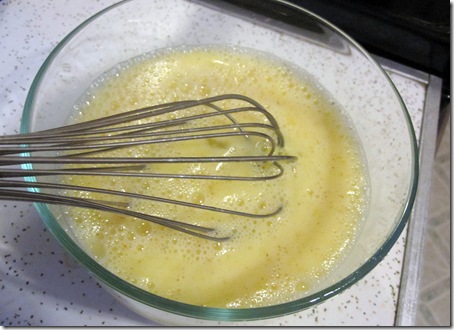 Once the eggs are mixed, divide the egg mixture evenly over the bread-coated muffin cups. 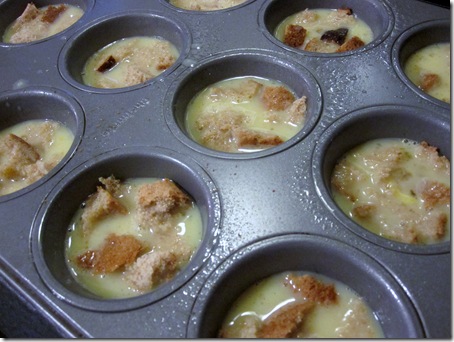 Last, top each egg-filled muffin cup with about one large heaping tablespoon of the sausage-mushroom mixture. 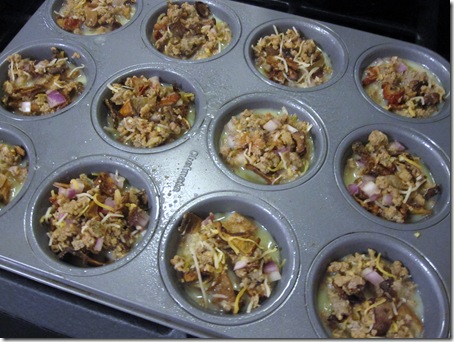 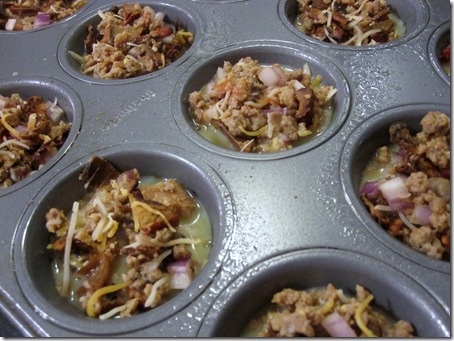 Bake until tops are browned, (about 20 minutes) and revel in the deliciousness that is now facing you… 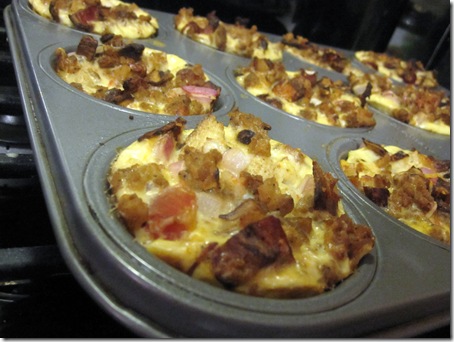 Try your hardest to allow these little guys to cool on a wire rack; but if you can’t, I won’t blame you. 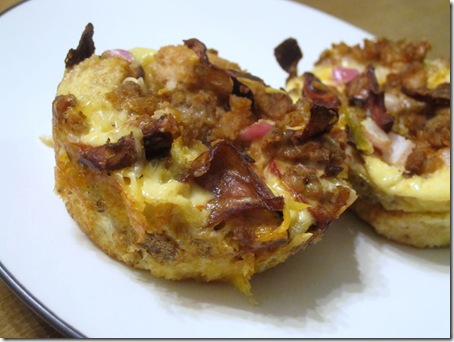 The use of the salsa, Mexican cheese, and spices really helped bring the flavor of these quiches to a whole other level. 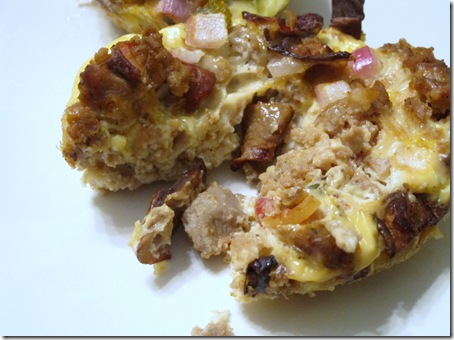 By adding the cubed bread to the bottom of the muffin cups, the quiches develop a nice, soft, bread-like consistency. Not too “eggy” and not too “runny.” Perfectly textured, scrumptiously flavored, and amazingly delicious. 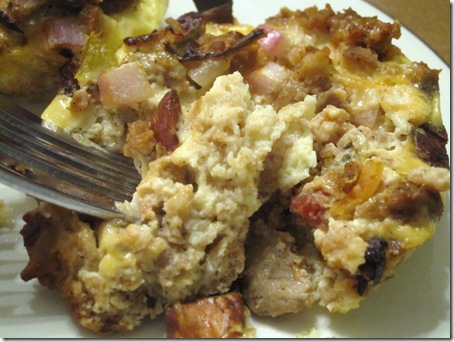 As a once self-proclaimed “mushroom avoider” (I won’t say “hater” since there’s hardly a food out there that I hate…) I have found myself a delicious new mushroom recipe! And now that I’ve jumped on the mushroom bandwagon, who KNOWS what could come next! :shock: 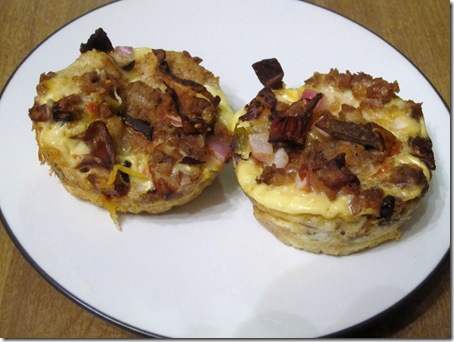