Yesterday was such a great day! It was totally a Mommy + Lucas day, which I was 100% looking forward to. Usually when it’s just the two of us at home, it means I’m working from home so I’m not able to give him my full attention. But yesterday was such a treat!

Knowing that I wanted to take full advantage of his nap time, I made sure to get up early enough so I could get my workout in for the day. I got the day started with an upper body workout from the 21-Day Fix, then took a quick shower before the little man woke up.

Once he was up, we both had our breakfast…yogurt, pancake, and a banana for him, English muffin with PB, banana, and raisins for me. 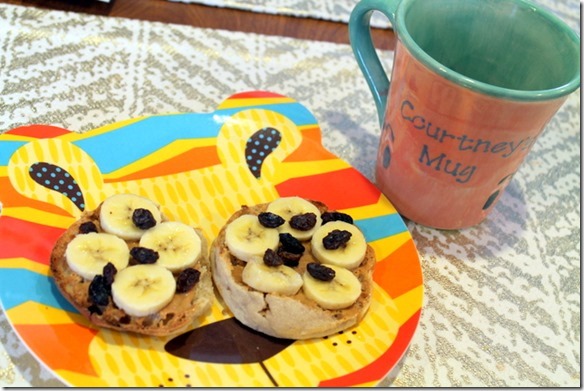 On his lion plate, too. Nice touch, right? 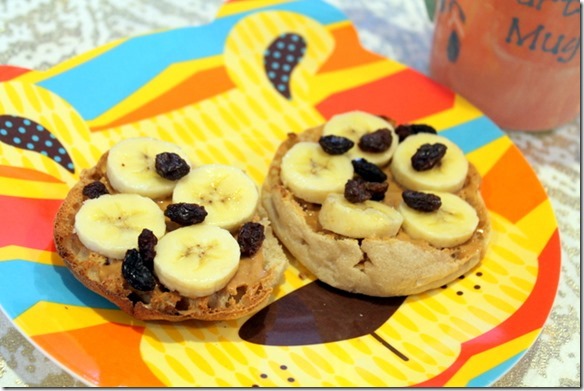 After breakfast, we finished getting ready for the day, then we were out the door in the negative temps (it was –7 when we left the house). Our first stop was a quick trip to Wal-Mart for a few items for daddy, a couple new clothes hampers, and (finally!) a new full-length mirror for the bedroom. 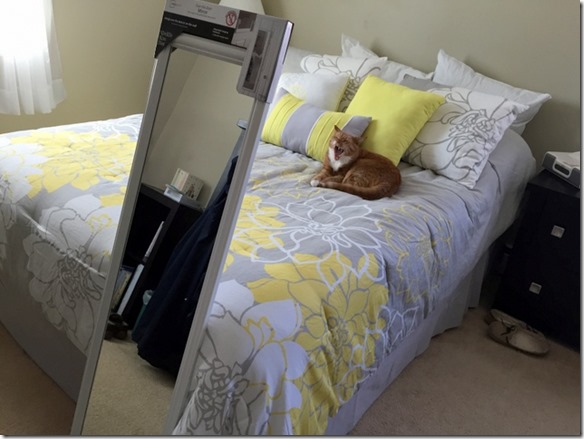 While we were there, we also strolled through the toy aisles and Lucas picked out a new car to go along with his Fisher Price Little People City Skyway he got at Christmas – he loves that thing! 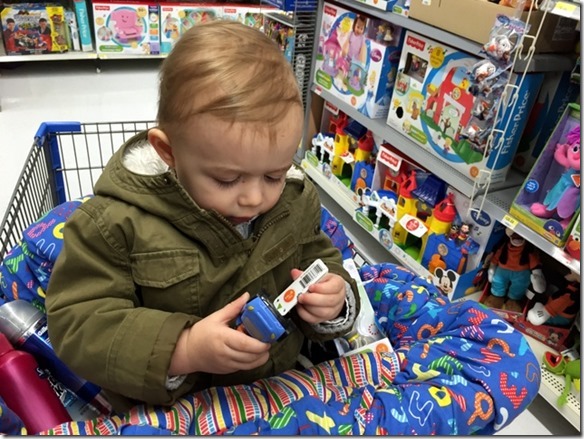 After our trip to Wal-Mart, I thought it’d be fun to take advantage of our day a bit more, and we headed over to Dunkin Donuts for a little “picnic.” I packed up some grapes for him before we left, so he snacked on those, along with a couple of blueberry cake munchkins that I got for the two of us to share. 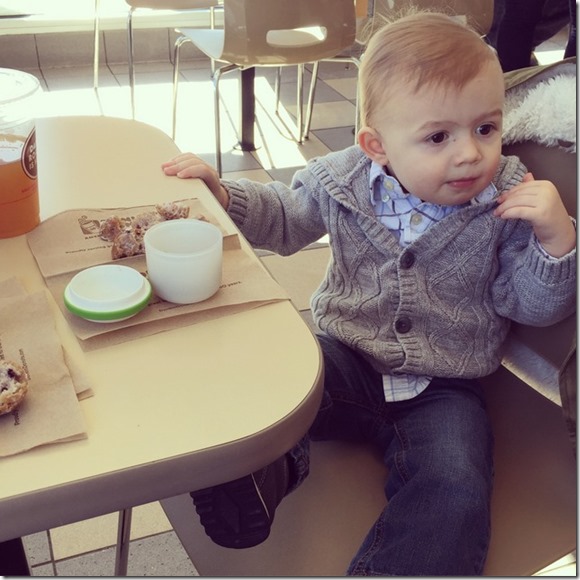 Turns out, my child actually prefers grapes over munchkins…crazy thing. 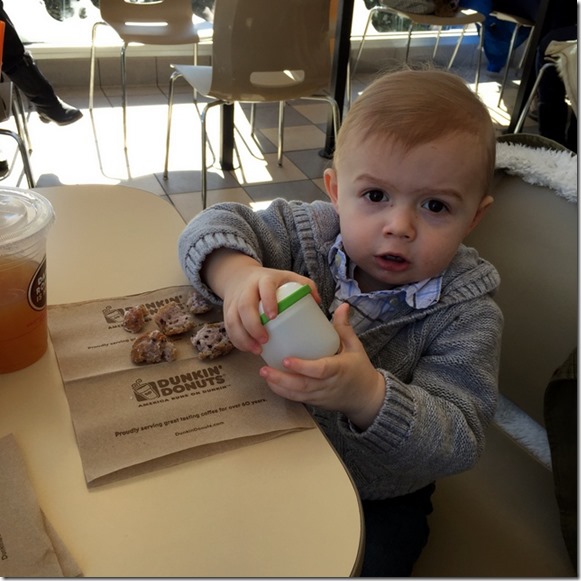 I got myself an iced coffee and let him sip on some diluted apple juice (we never have juice – or, rather “juuuu” – at home, so it was a special treat for him) while we sat and hung out for a good 20 minutes or so. I was shocked that he actually sat still for me, and we were just having such a great time. Not to mention the fact that he was loving flirting with all the women coming in and saying “Hiiii” to others. So fun!

By the time we got home, Lucas was ready for his nap so I put him down and got to work on a few things that have been on my to-do list…the first, of which, was finally filming a video tutorial on how I curl my hair with a straightener. You can check that out here!! 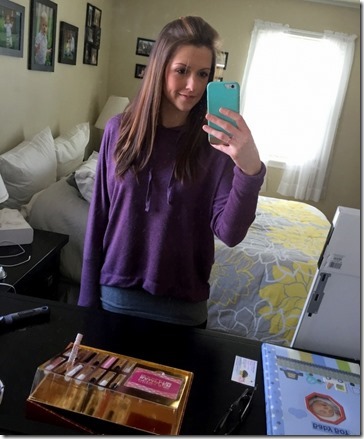 That was obviously before I did the tutorial

After that, I did a little extra work on the blog/computer, and ate some lunch while watching Sunday nights’ episode of The Bachelor. 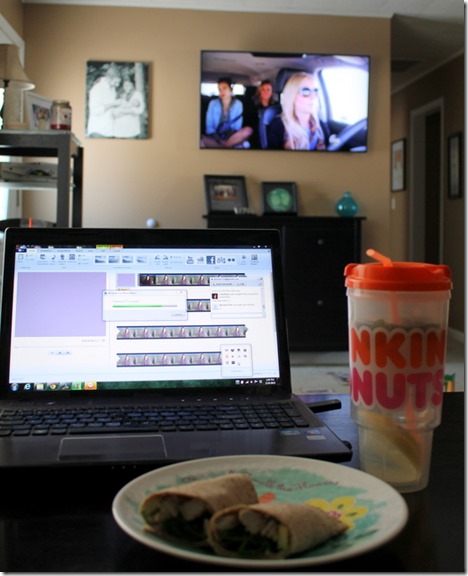 Lunch was a grilled which wrap with a little light mayo (my faaaaavorite), spinach, and avocado. Simple, yet delicious. 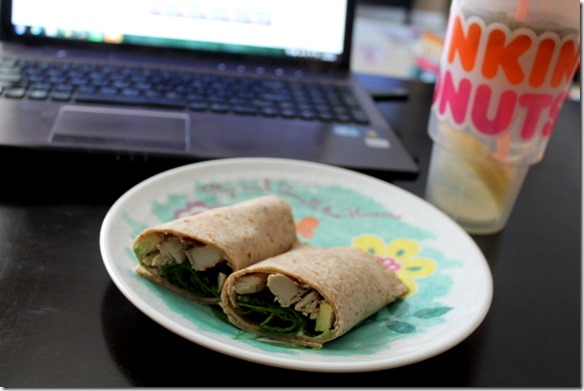 I also, finally, opened up the Sephora perfume sampler that I got from my parents for Christmas this year (I tend to ask for one every year – love them!) 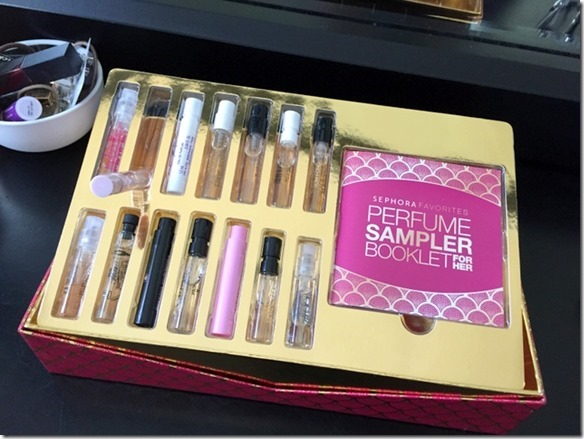 We’ll have to see if my preferences have changed at all, since these aren’t the same ones I had in last year’s sampler.

About 3 hours later, Lucas woke up from his nap and we spent the rest of the afternoon playing together until Jay got home. It was really SUCH a great day. Not only productive, but just a fun Mommy + Lucas day.

Random Question for Today: If you had today totally off from any obligations (work, school, kids, etc.) what would you do? Where would you go?

« You Need to See How Much Good Food I Ate This Weekend
How to Curl Your Hair with a Straightener {Video Tutorial!} »