You know those monumental moments in your life; the ones you spend so much time thinking about, knowing (or hoping) that they’ll inevitably happen, but until they actually do, they almost seem unreal? Kind of like a figment of your imagination.

That’s similar to how I used to feel about graduating from college and getting a real job.

It’s definitely similar to how I felt before I got married.

It’s how I feel now, when I think about things like my future career, my future home, or my future children.

Well, today one of those moments happened…sort of. Only it wasn’t necessarily about me; it was about my best friend, Heather. 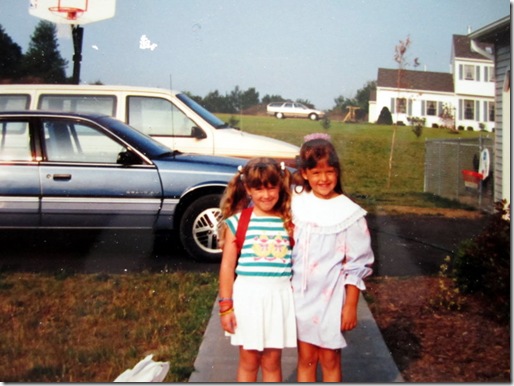 My best friend since kindergarten. The one I used to have sleepovers with, climb monkey bars with, sing karaoke with in her basement, and play Barbie dolls with (only she was Skipper, and I was Courtney). 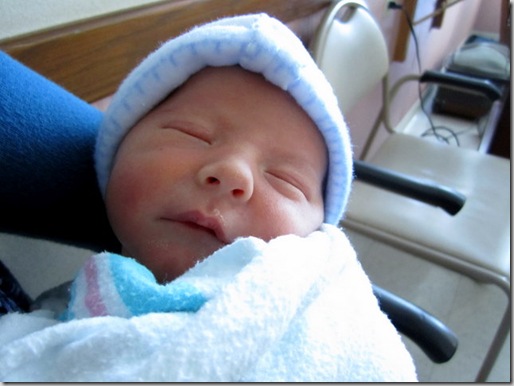 The same best friend who, 10 years ago, swore she was never having kids and was just going to be an awesome aunt to the kids that I would someday have. Boy, how things change, right? 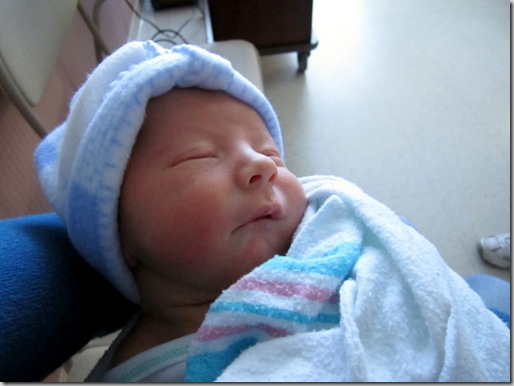 Logan arrived into the world this past Tuesday, almost a month early, weighing in at 6 pounds, 2 ounces. He’s a healthy, little cutie pie, who I could not WAIT to get my hands on. Having to hold off yesterday with being sick was a killer…but it was totally worth it. 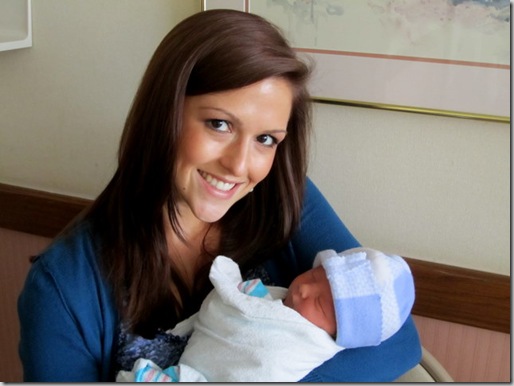 Does he not look like a little porcelain doll or what?

For at least the first 15 minutes that I had him, he was more awake and alert than I’ve ever seen a newborn. Just watching him constantly scan the room, wondering what in the world he must have been thinking, was enough to keep me occupied for hours. Days, even. 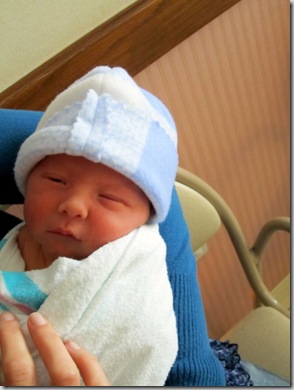 He is absolutely beautiful little baby boy, and I couldn’t be happier for my bestie and her husband, Mike. Congratulations (again) Mom, Dad, and baby Logan!

Well, let me tell ya.

By the time I left the hospital, I was having some serious cravings for one thing and one thing only… 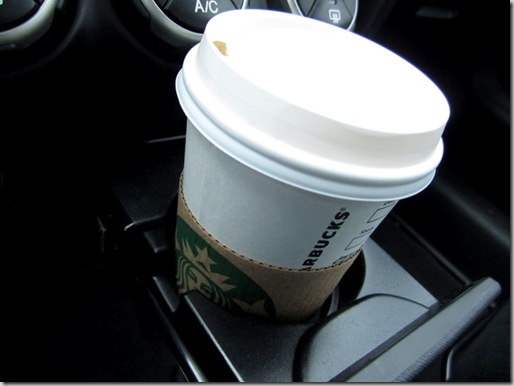 What? You didn’t think I was talking about babies, did you? Oh, no no. Don’t worry, Jay (or mom). Someday that’ll be me, but not quite yet.

Besides…if that was the case, then I wouldn’t have been able to get nearly as much enjoyment out of my afternoon Pumpkin Spice latte from Starbucks. First one of the season, baby! 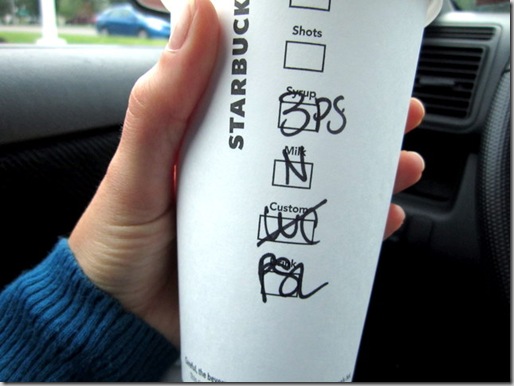 (Non-fat, no whip, 3 pumps.) *FYI: A grande typically has 4 pumps of syrup; if you want to make it lighter, ask for less. I tried three pumps today and it was plenty. I may have to see what two tastes like next time.

Time to go get my study on…and my mind off of babies!

What monumental moments in your life had you imagined forever that have recently came true?