I definitely had productivity on my side this afternoon. Well, at least for a little while; that was before I ended up taking an impromptu 45 minute nap in the midst of my studying. I guess that’s what I get for studying in my bed and snuggled under the covers…

Even still, despite my nap, I busted through a whole chapter today and am finally starting to get into the interesting stuff.

To be honest, the first four chapters of the NASM certification were a little dry for me. Granted, they are absolutely, 100% necessary to know, but it was basically more of laying the groundwork for what is to come. 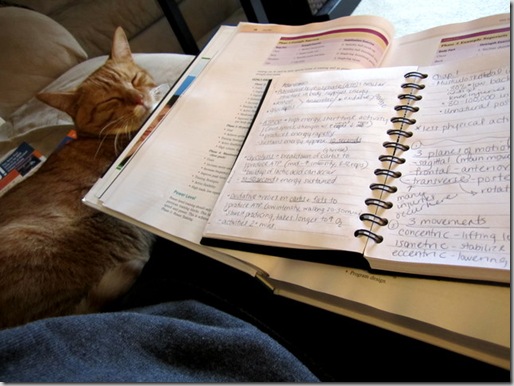 Topics like the nervous system, cardiorespiratory system, muscular, and skeletal systems (amongst a TON of others) were covered which, although critical to know, are just not all that exciting for me.

Luckily, I’m managing to power through and with today’s chapter, I was finally able to see how things are beginning to tie in together. I am really happy with my pace so far, and hopefully will be able to keep up the productivity.

Either way, I know I’ll always be more productive than this guy… 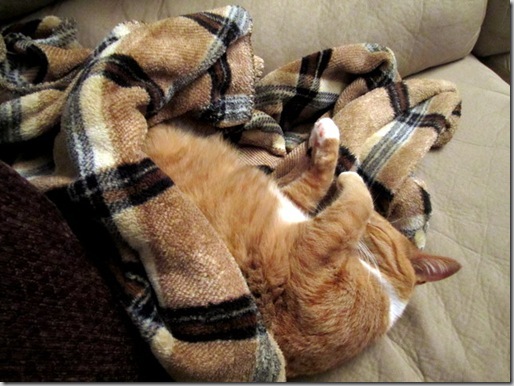 Besides a brief few minutes of attempting to attack my hand and the pen that was in it while writing notecards this afternoon, he has done basically nothing since you last saw him. 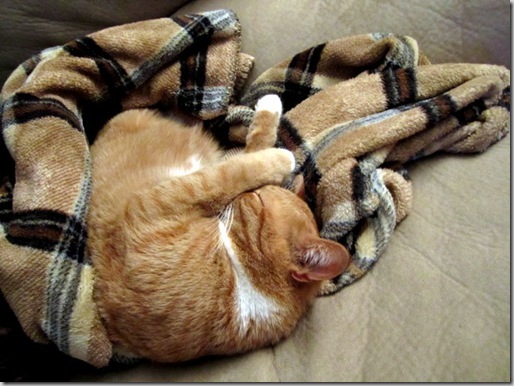 I think maybe he’s getting sick of me trying to take his picture every five minutes, no? 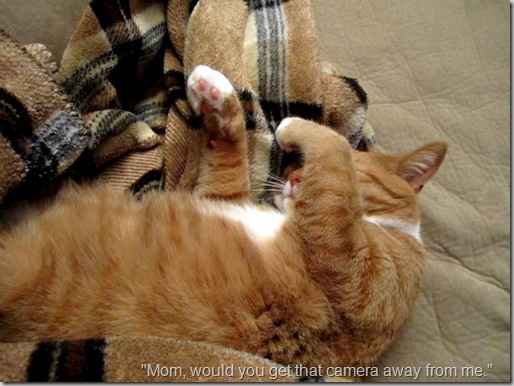 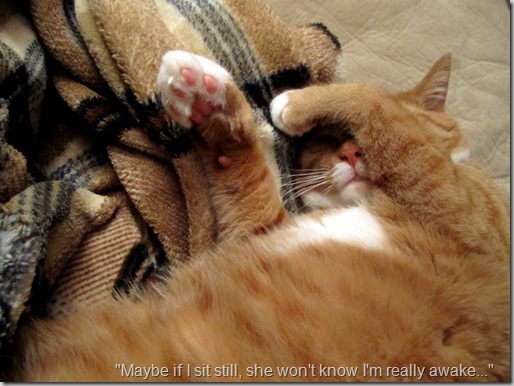 Awake or not, I’m still snapping his little mug.

I told Jay that I wanted to attempt to clean out some of the leftovers from the fridge tonight for dinner, and we actually did a fairly good job of it. He finished off the rest of the pasta salad, while I put another good dent in some leftover Pumpkin Black Bean Soup. 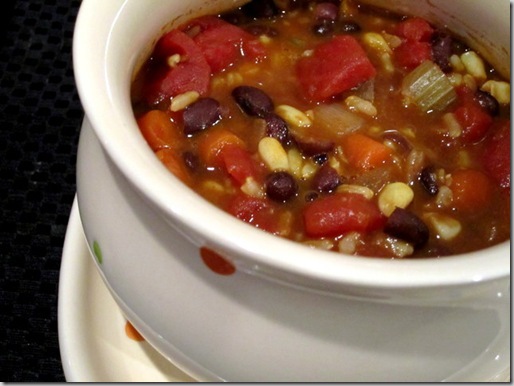 We also had a little bit of brown rice and corn leftover from one of last week’s dinners, so I ended up tossing that right into the soup. Now I’m actually thinking that the next time I make this, I’ll have to add those ingredients. It was a GREAT addition! 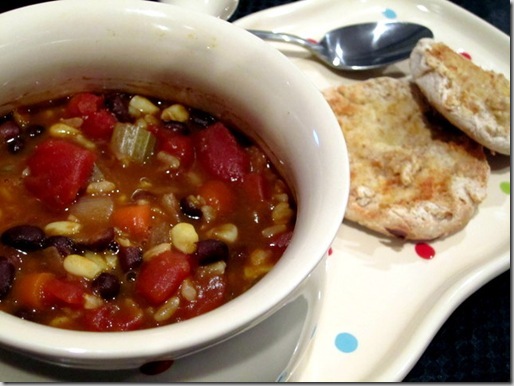 On the side I also toasted up an English muffin spread with some light butter, which served as a perfect dunker/dipper for the soup once again. 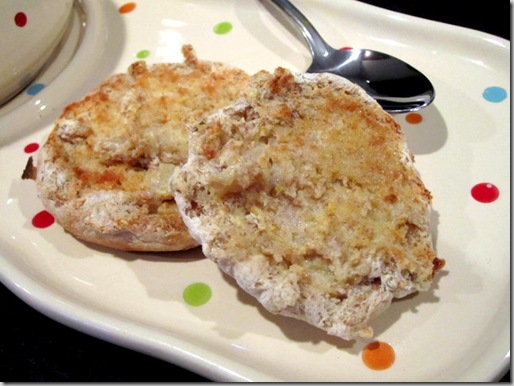 I was also super excited to have an excuse to break out my favorite soup set. 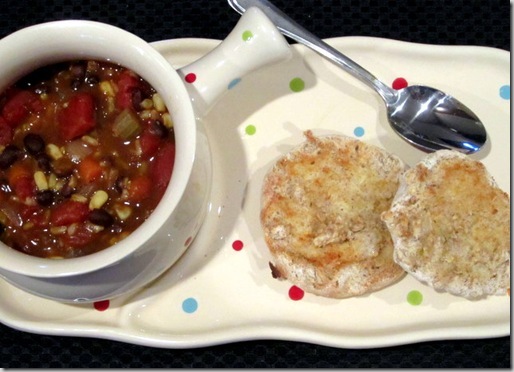 In true Courtney fashion, I ended up bringing dinner into the living room so I could watch kick Jay’s butt in some Wheel of Fortune. I love this show! 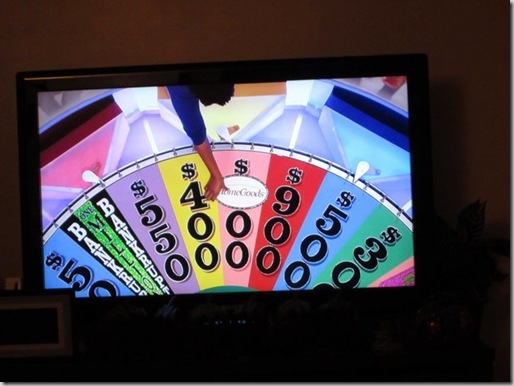 Now, the two of us are impatiently waiting for the new season of How I Met Your Mother to come on. I never used to watch this show much until last season, but Jay got me hooked and now I can’t wait.

What TV shows are you looking forward to coming back on the air this fall?