Heyyyy, Happy New Year’s Eve! I’m off to work this morning, but rumor has it we may get out a little early. Fingers crossed!

Well yesterday was a pretty awesome day, especially since I got to spend a few hours of my afternoon with this awesome crew! 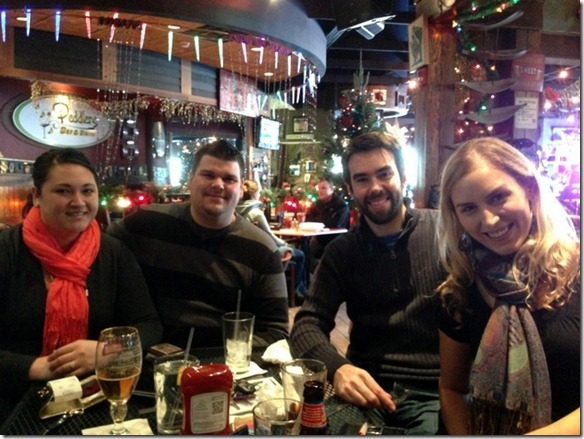 I know you guys know Brian and Mal, they’ve been around forever, but I don’t think you’ve “met” Joe and Angela. Jay, Brian, and Joe are all cousins, and Joe was back up in the area for the holidays with his fiancé, Angela. Although they’re officially moving back into the area at the end of January (WOO HOO!) it was so nice to spend a little extra time with them today. And then in April, we’ll all actually be traveling out to Arizona for their wedding…SO fun!!

So since Joe and Angela are leaving tomorrow, we decided to meet up for lunch, which happened to be at Peddler’s…which I actually don’t think I’ve been to since my birthday last year.

They have a crazy big menu at Peddler’s and I was going back and forth between about three things, until I ultimately decided on their turkey artichoke sandwich. I made sure to ask the waitress about the turkey, seeing as though I can’t have deli meat (probably the one food I miss the most), and she assured me that it was cooked, chunks of turkey. 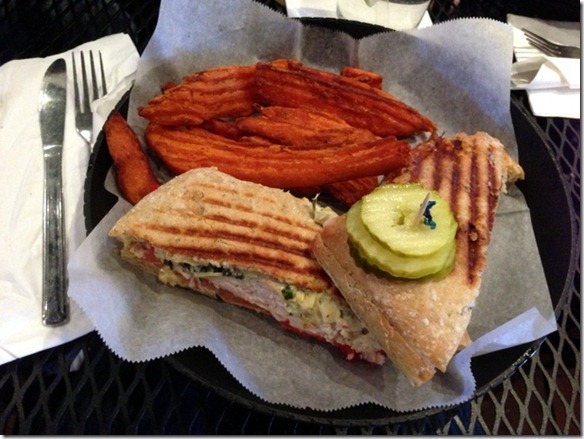 The sandwich was warm, so I’m sure it probably would have been fine (deli meat is supposedly safer when it’s heated up), but I was still too nervous to eat it. Thankfully, Mal was sweet enough to trade half of her sandwich for half of mine, so I ate half of her chicken wrap, and the other half of my sandwich…without the turkey. 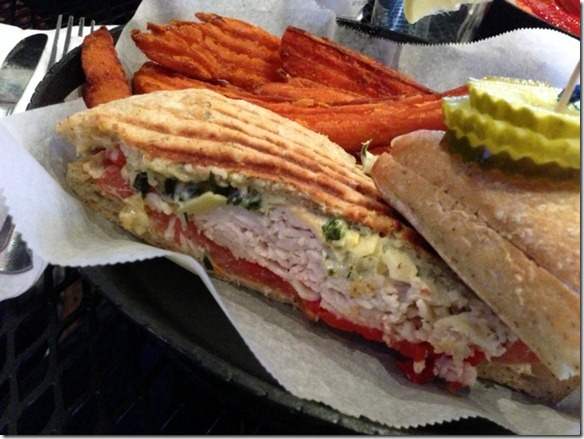 Ahh well, you can’t win ‘em all, right? The company was well worth the mix up anyways.

Once we left from lunch, Jay and I had a few errands to run (I did get him to go to the grocery store with me!) and on our way home, we made an extra special pit stop… 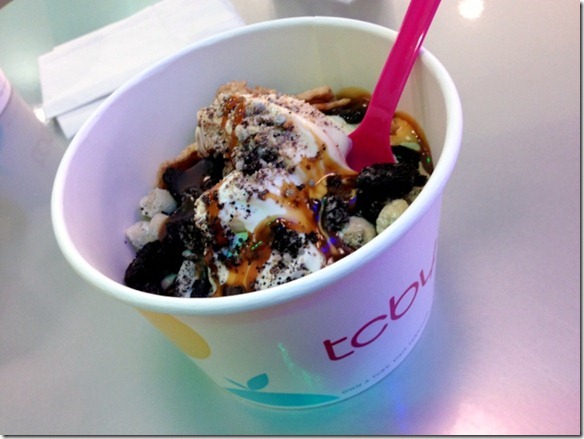 …which MORE than made up for my mix up at lunch. I feel like it’s been ages since I last had some fro yo in my life (it can’t really have been since AUGUST, can it?!?), and that cup totally hit the spot.

And you want to know the crazy part? I put chocolate fro yo in my cup. Chocolate. I have never, EVER liked chocolate fro yo, ice cream, or anything of the sort, but it was probably my favorite flavor out of the three (vanilla, and white chocolate mousse) that I got. What is going ON with me?

Speaking of which…the Baby Tooth page was updated this morning! Maybe that has something to do with it.

So what’s everyone got going on for New Year’s Eve tonight? Anything fun?? Jay and I are headed over to our friends’ Brook & Andrea’s place for a low-key evening, which will probably be similar to last year, minus the fondue dinner. Although that is sounding mighty good right now!