Gooooood Mornin’ Sunshine! <— My mom used to wake me up with this almost every morning (along with a “time to rise and shine”) in the perkiest, bubbliest way possible. It always amazed me just how chipper she was, despite the fact that I was just a grumpy teenager who could barely mumble “Mornin…”

What a treat I was.

This morning, I hit up another BodyPump class with Jen and Melissa, followed up with about 15 minutes of intervals on the elliptical. Today’s class felt really hard for some reason…my muscles were totally feelin’ the burn!

Once I got back to my car, I checked my phone, only to find this message waiting for me… 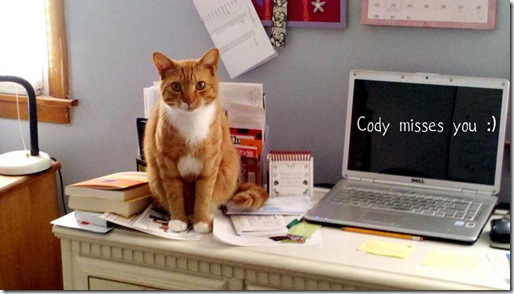 I totally let out a big ‘ol “Awwwww!” after seeing this picture message from Jay. Apparently my little guy missed me; either that, or he’s just trying to point out the fact that I really need to clean off my desk. Yikes.

Once I got home, I made sure to give Cody some kisses and then got right to breakfast. There was no waiting today…my tummy was grumblin’!

Hubby recently finished off a jar of PB, and actually remembered not to throw it away on me. I was impressed. Now, I just have to get him to remember to actually leave a little PB in there for me…it was pretty bare, so I had to add some extra. 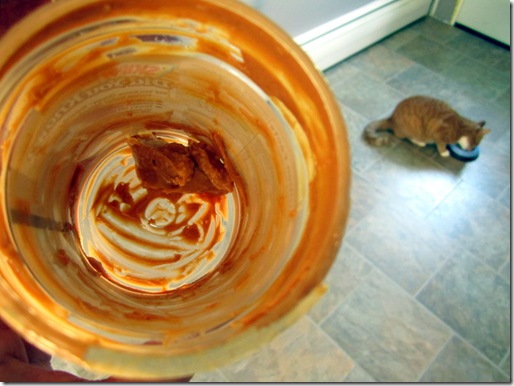 With an empty PB jar, that only means one thing…OIAJ BIAJ! 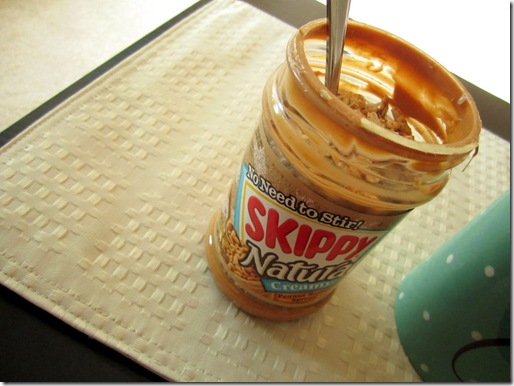 I was a little leery to add the hot stuff into my plastic jar, considering what happened the last time I attempted this. However, after seeing Julie’s success the other day, I figured it was worth another go. This time, I just waited a few minutes to add them in, so it wasn’t piping hot. It was a success! 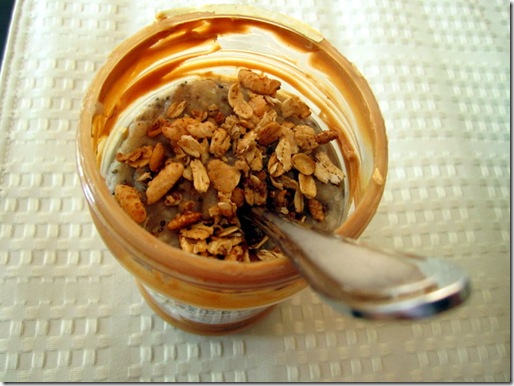 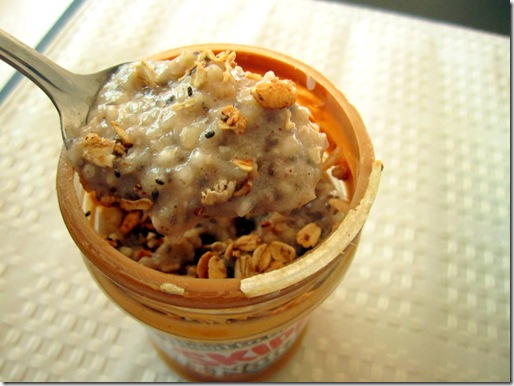 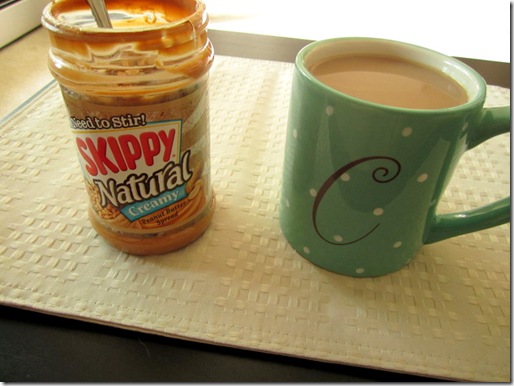 Obviously, it was totally disgusting. 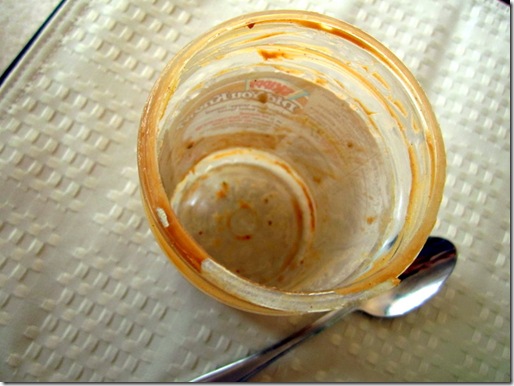 Time to get started on the day! Wheeeeeee!

Did you ever have any rituals/sayings with your mom or dad growing up?

In addition to my mom’s sayings above, she also used to like to yell “Think before you write!” as I was running out the door to the bus…or my car, as I got older.

I had a few things with my dad, too. He loved waking me up by getting *this close* to my face without saying anything. He knew I hated it, but got a total kick out of it. Before he’d leave in the morning, he always used to say, “Remember, today is the first day of the rest of your life.”