Yesterday’s wedding was such a great time!

We headed down to the Cairo area yesterday afternoon for Jay’s cousin Stephen and his (now) wife Tiffany’s wedding. 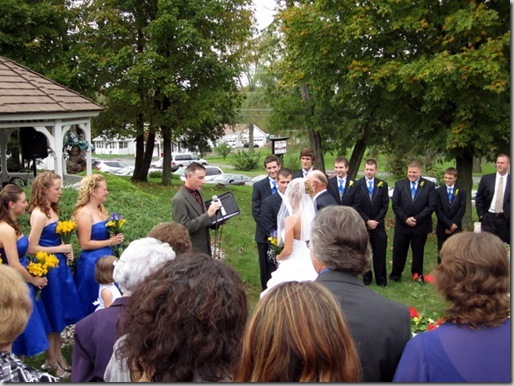 It was a short, intimate ceremony, and I loved seeing the two of them with ear to ear smiles the entire time. 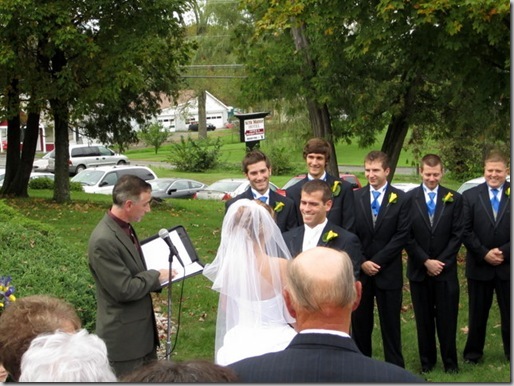 Although the wedding was short, I still managed to get about six bug bites on one leg, two on another, and one on the back of my arm. I don’t know what it is, but I am a mosquito magnet. It was really fun when Jay proudly announced that he “got the mosquito” during the ceremony, as I looked to find it smeared down the back of calf. Lovely. 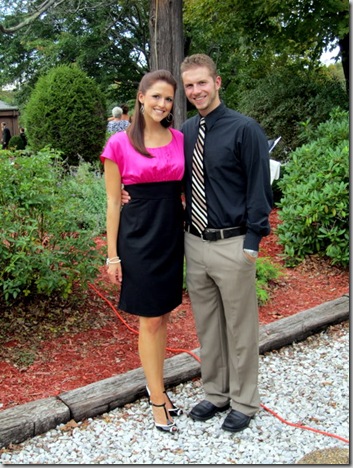 Here’s my favorite shoes I was telling you about yesterday; I ended up finding them at Marshalls a few years ago for a steal. They’re by Elie Tahari and probably the tallest heels that I own. While they were cute, they were absolutely killing me by the time the night was over…I really need to start wearing more comfortable shoes to weddings! 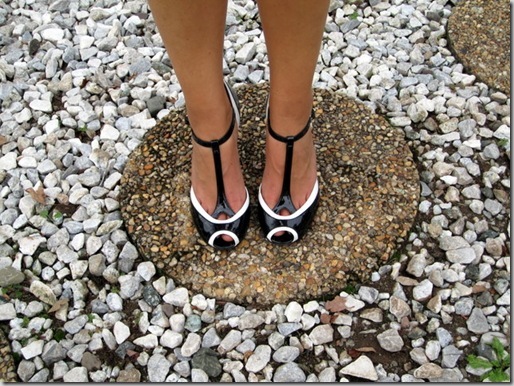 Once the ceremony was over, we headed inside to enjoy cocktail hour. This was Steve and Tiffany’s version of a guest book, which I thought was so creative. Both of them really enjoy the outdoors, so their “guest book” was actually a map of the Adirondacks. 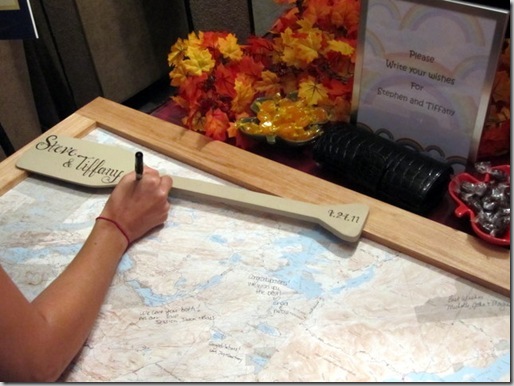 We were also greeted with champagne upon arriving, which I was more than happy to take off their hands. 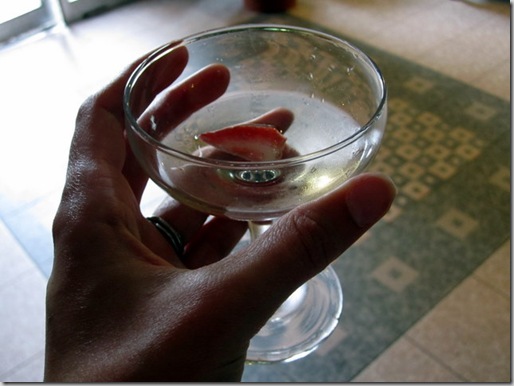 I wasn’t feeling too hungry at the cocktail hour and didn’t feel like stuffing my face, so I kept it simple with some veggies and dip, a few crackers, and some cheese. 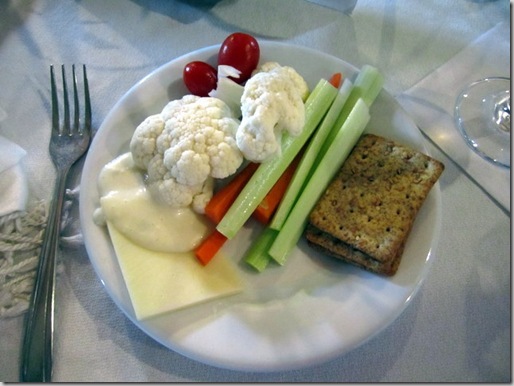 I also had a glass of Chardonnay. 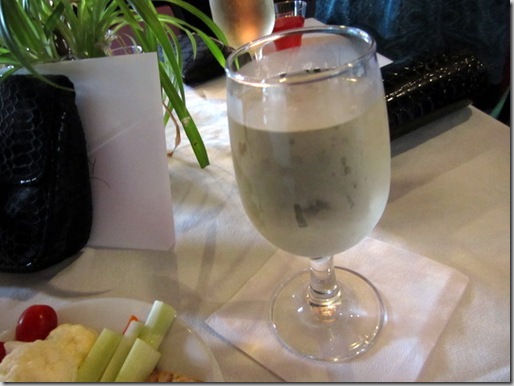 After the cocktail hour was over, we headed in and waited for the bridal party to be announced. Steve and Tiffany looked appeared to have taken some dance lessons for their first dance, which I thought was so cute! Jay and I didn’t do this…we just sort of stumbled around the dance floor laughing at each other. 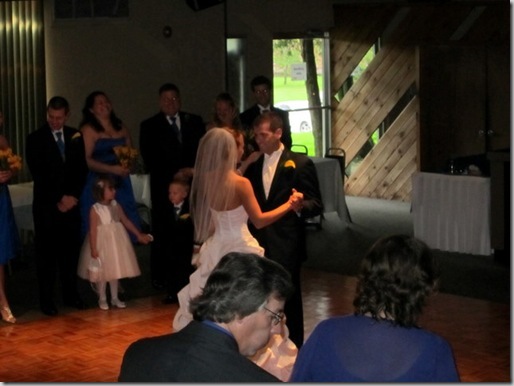 For dinner, we started off with Caesar salad, which was really good. I typically don’t ever order Caesar, but every once in a while it’s a nice change. 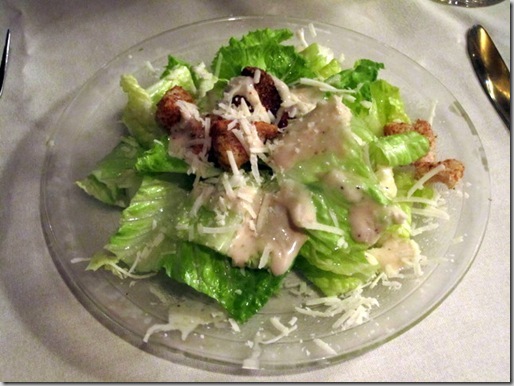 For my entrée, I ordered the chicken, which turned out to be chicken cordon bleu, served with a twice-baked potato and mixed vegetables. 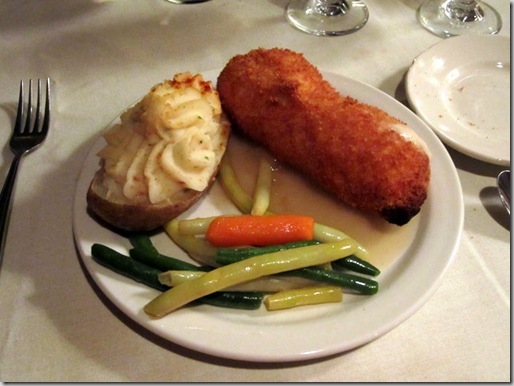 Jay and I had some good laughs at our table, especially since we were sitting with Brian, Mal, and Denise. 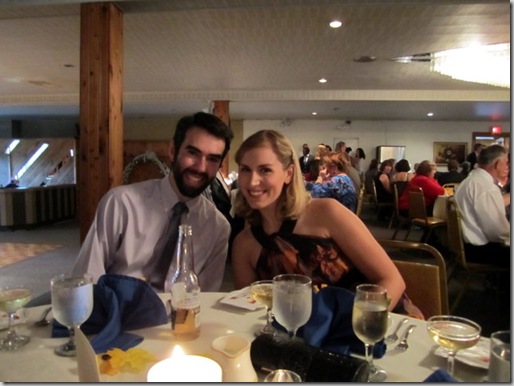 We always have a good time with these three (plus Sarah, who was seated at another table…we made sure to meet up with her on the dance floor after dinner!). 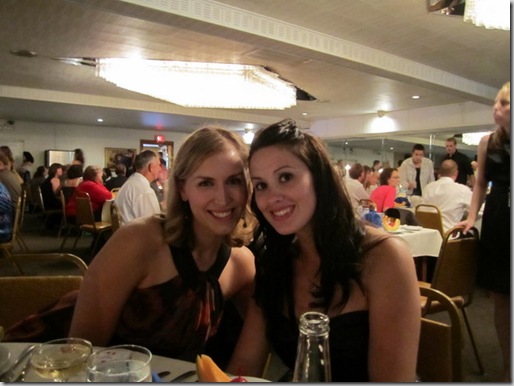 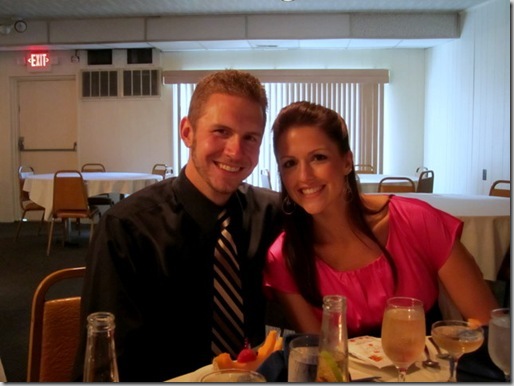 The bride and groom didn’t have cake, but I did see that there was brownies, some cookies, and an ice cream sundae station. Believe it or not, I actually didn’t have any of them. Crazy, right? I guess I was just too busy bustin’ a move out on the dance floor.

This morning I woke up absolutely starving, so I headed straight to the kitchen, put on a pot of cinnamon-flavored coffee, and cooked myself up some buckwheat. 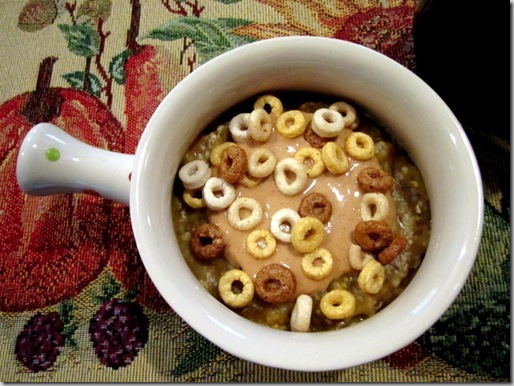 Today I was feelin’ a Pumpkin Buckwheat bowl (you’re not surprised, are you?) topped with some PB2 and TJ’s Multigrain O’s. 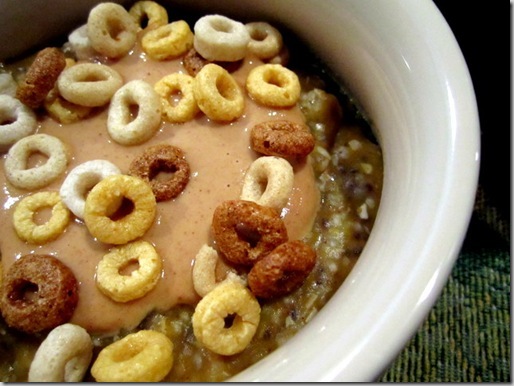 Paired with my coffee and I was a happy camper. 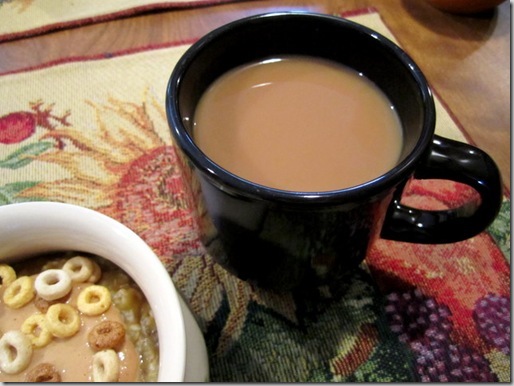 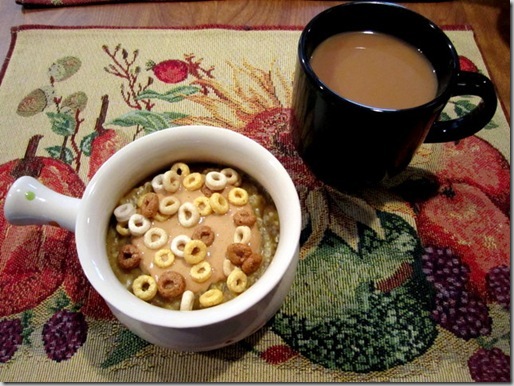 This afternoon, Jay and I are headed out once again to head over Joe & Kate’s house for some Sunday Football fun. ‘Tis the season!

What’s your favorite part of weddings?

« Pushed To The Max
Search For Sneakers »