I am one lucky mama. I’ll tell you that much.

I’ll also tell you that I was absolutely wiped by the end of yesterday. With Lucas being in full on mommy-mode, my breaks are few and far in between (thank goodness he takes a solid afternoon nap!). So as I sit here typing this post out (on Sunday evening), I’m feeling a mix of thankfulness, exhaustion, love…and peace and quiet. ; )

As for Mother’s Day itself, it was great! I started the day off a bit earlier than everyone else to squeeze a workout in (some quiet mama time before a day full of family time) and then my in-laws came over shortly after for brunch. 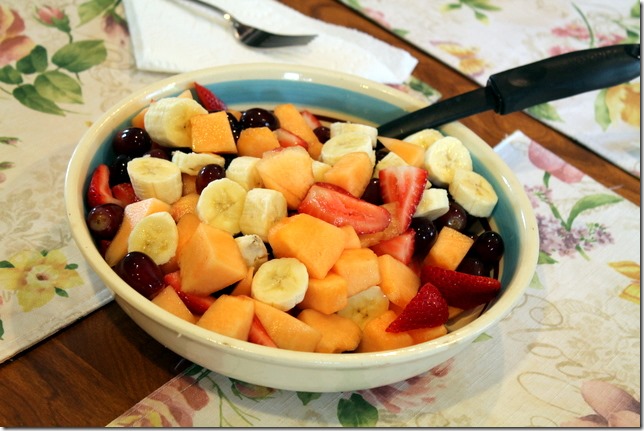 My in-laws brought a delicious fruit salad, which we paired with a batch of my favorite Overnight French Toast (prepared by Jay!) and some scrambled eggs. We were going to do our favorite egg strata recipe, but it got late last night and we forgot. Oops.

Everything was perfect…including the cookie dough iced coffee from DD’s that Jay went out and got for me. He’s da man. 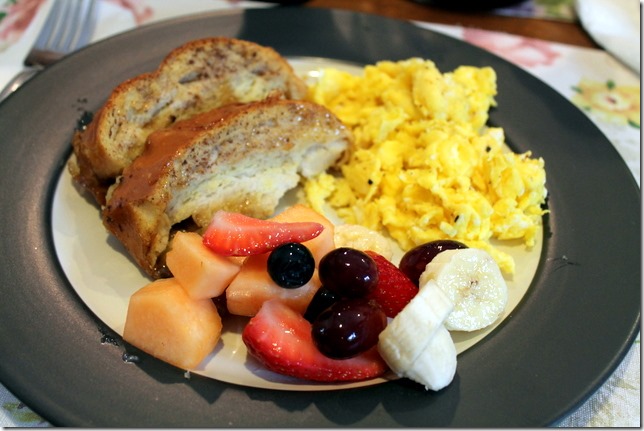 After brunch, we all enjoyed some time outside which, of course, included some swing time. We can’t be outside without spending at least 15 minutes in the swing! 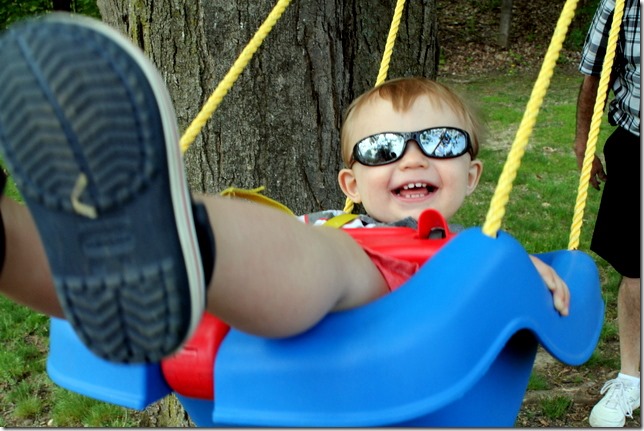 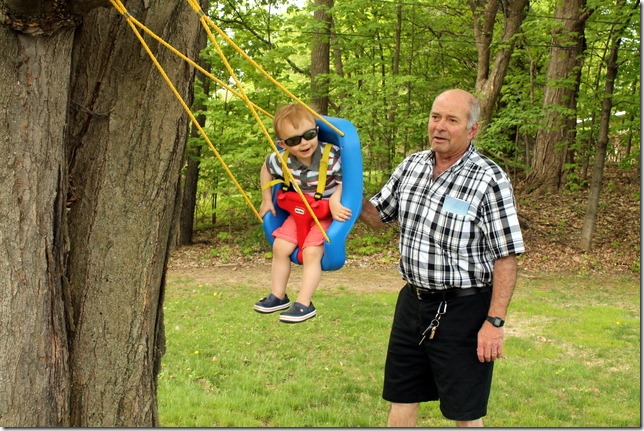 Lucas also helped daddy a bit with watering some grass seed. Such a big helper. 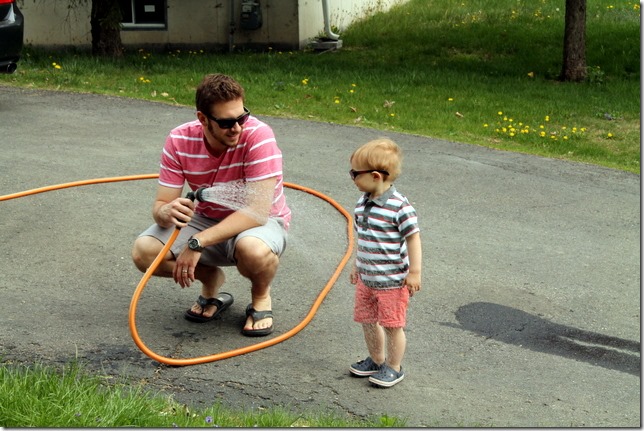 Oh, I almost forgot…I got the sweetest gift for Mother’s Day “from Lucas.” 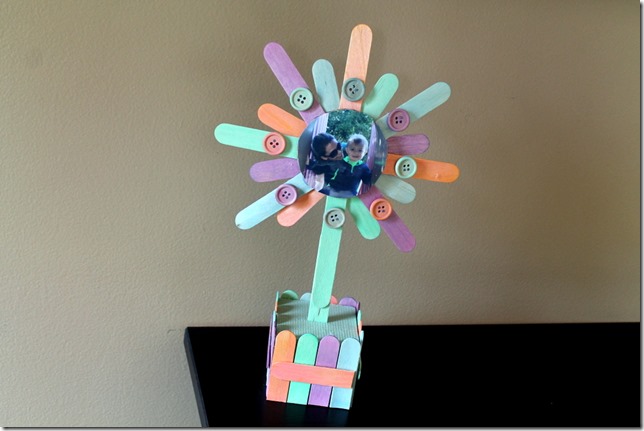 When Jay asked me what I wanted for Mother’s Day, I told him I really didn’t need/want anything. We have enough things coming up that we’ll be spending money on, so I told him to take it easy and that I’d really just love something “handmade from Lucas.” Well, since Lucas isn’t all that equipped yet to get crafty, Jay helped him out a bit with making this flower and I totally impressed. My boys have some skills! 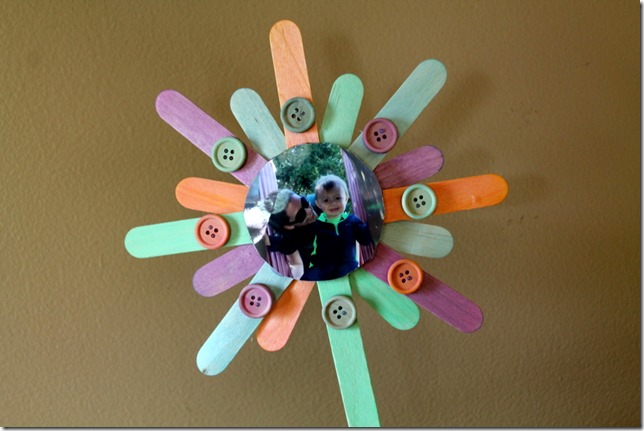 Lucas took his nap at home, and then a few hours later, we headed on over to my parents’ house for a cookout. 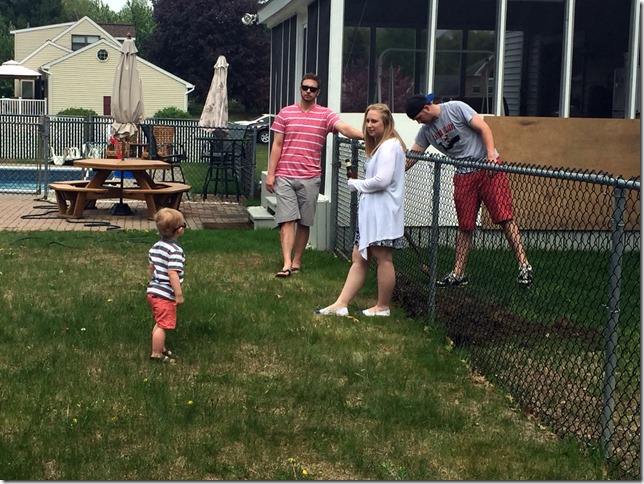 Unfortunately, the rain ended up rolling in so we had to say up on the porch, but it was still nice to be able to hang out outside for the weekend. And it was a hot one, too! 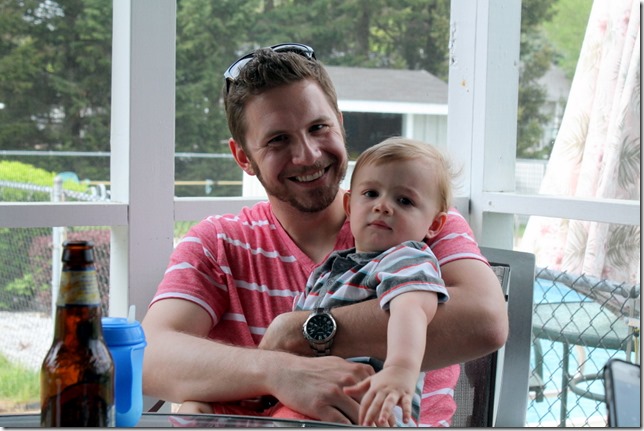 My brother and his girlfriend Carissa were also there for the day, along with their puppy, Binx. 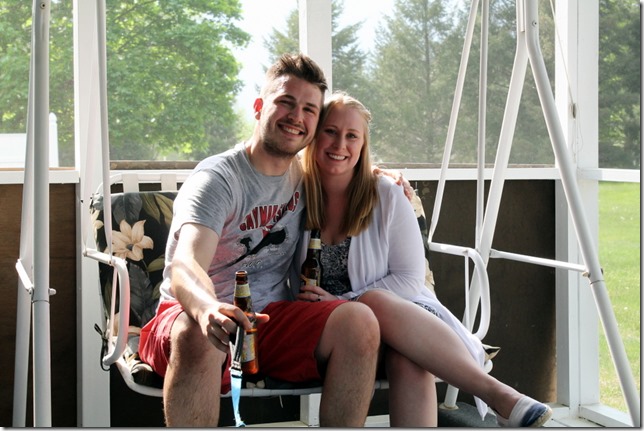 My Binx, how you’ve grown! 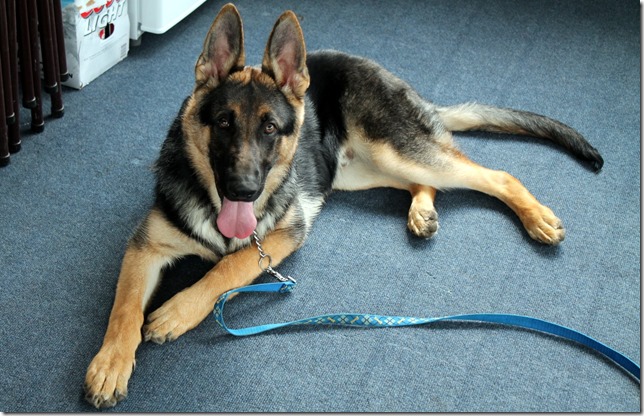 My parents put together quite the spread for an early dinner, including plenty of goodies from the grill. 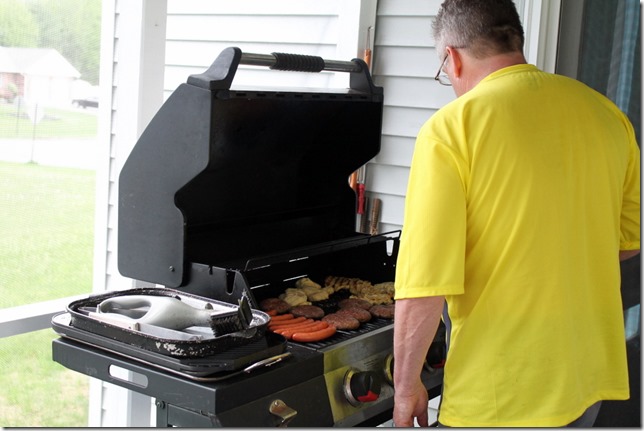 I helped myself to a cheeseburger, some salad, potatoes, and a hot dog (for the locals…are Hembolds hot dogs not THE best?!?). 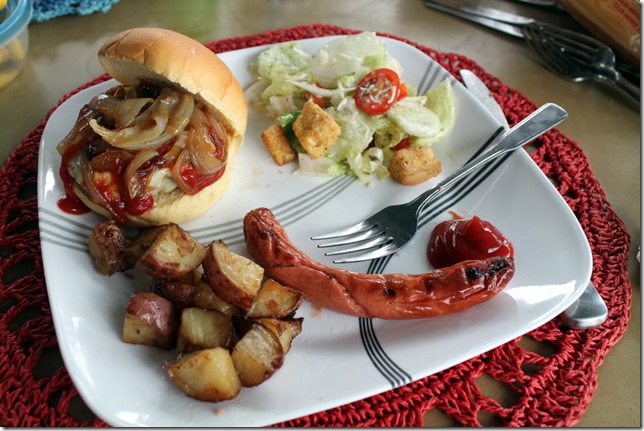 And Lucas ate peanut butter crackers and corn on the cob because he’s too cool for anything else. 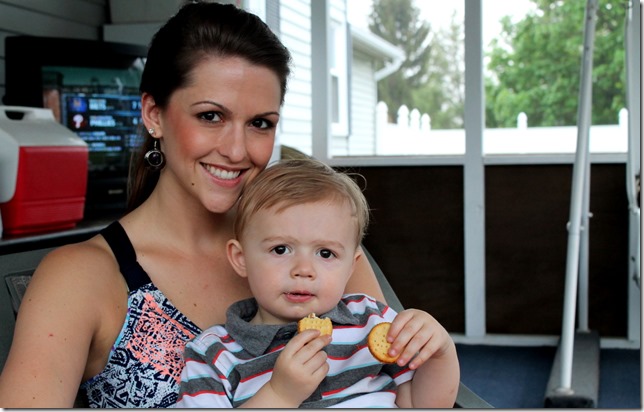 We also had dessert because, well, you can’t have Mother’s Day without dessert. Chocolate cake and golden Oreo ice cream cake. 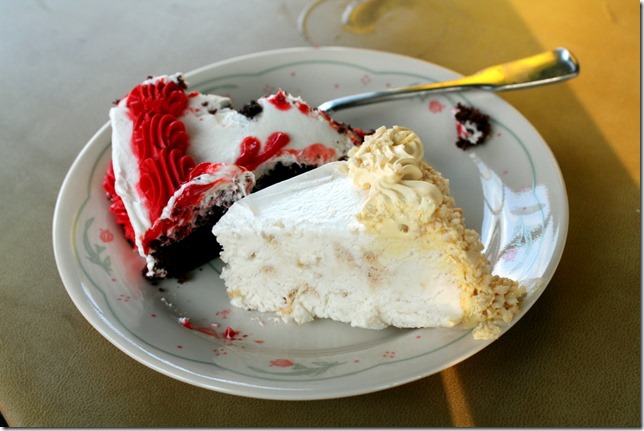 We hung out for a little while after dinner before finally packing it up and heading on home to get Lucas to bed. It was a great day spent with some amazing mamas, and I’m so incredibly lucky to have such a wonderful mom in my life. 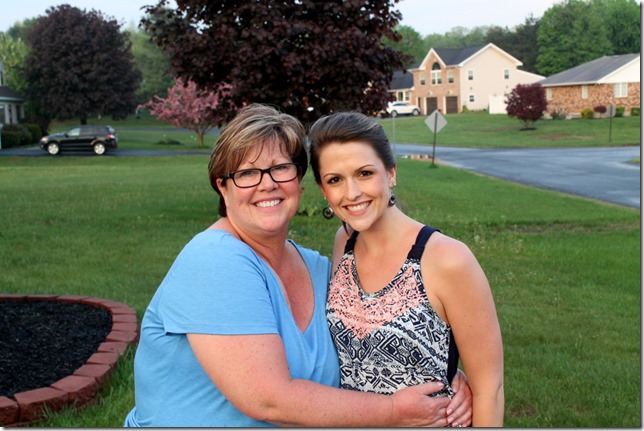 I’m so proud to be able to call this lady my mom, and even more excited that we’ll be even closer in just a few short months! 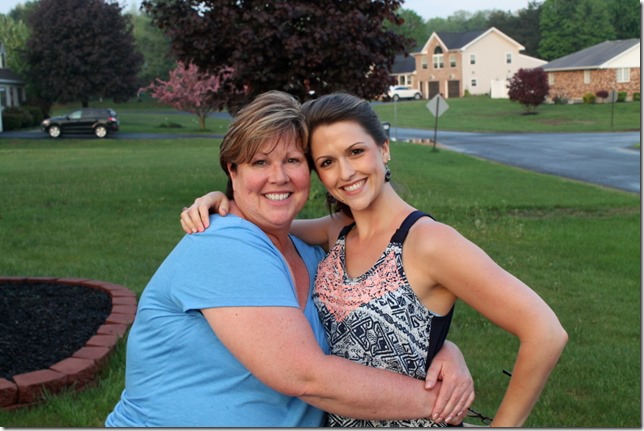 I hope all of my fellow mamas out there had a fabulous weekend and were spoiled nicely by your families! And for those who aren’t moms out there, I still hope you had just as fab of a weekend.

I’ll be back with a recap from the rest of our weekend soon! But for now, happy Monday everyone!