Hello! Did you guys have a great weekend?!

We had a good one, with a couple bumps, starting off with an adorable Mother’s Day celebration on Friday at Lucas’s preschool. He greeted me at the door with a big hug, brought me over to a seat, and asked what he could get me to drink. After that, we were greeted to some sweet songs and yummy hand decorated cookies. 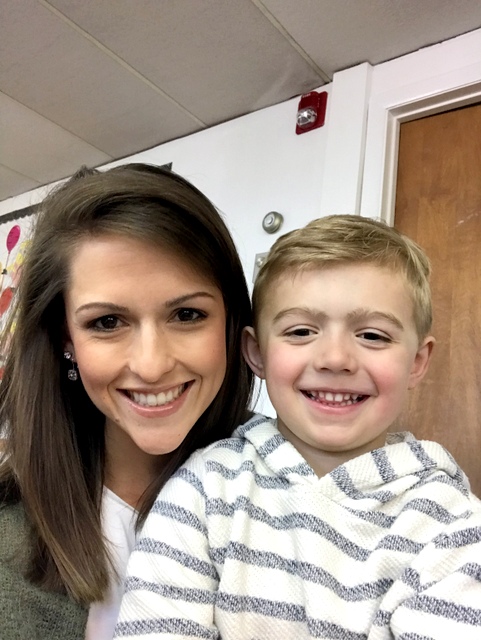 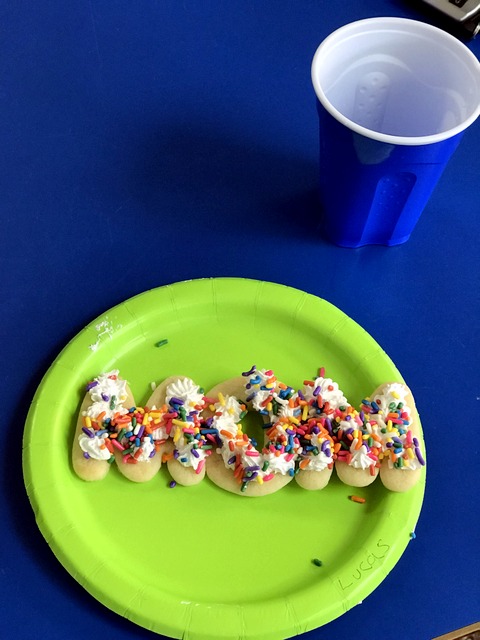 His teachers did such a great job organizing everything, complete with funny “photo booths” and a little surprise gift. 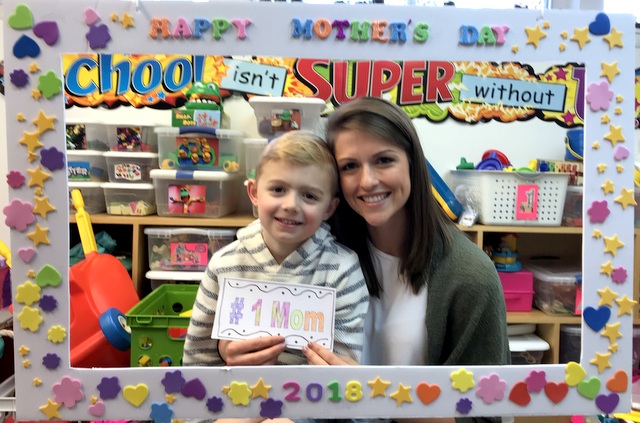 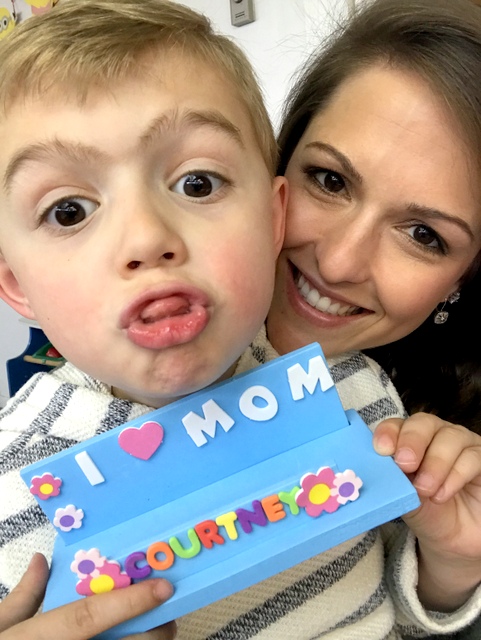 After such a long week, and Lucas still working on getting back to 100% after whatever bug he had earlier last week, both boys were in bed at a decent hour on Friday. That meant Jay and I were able to enjoy a nice, relaxing steak dinner, plus some delicious wine. 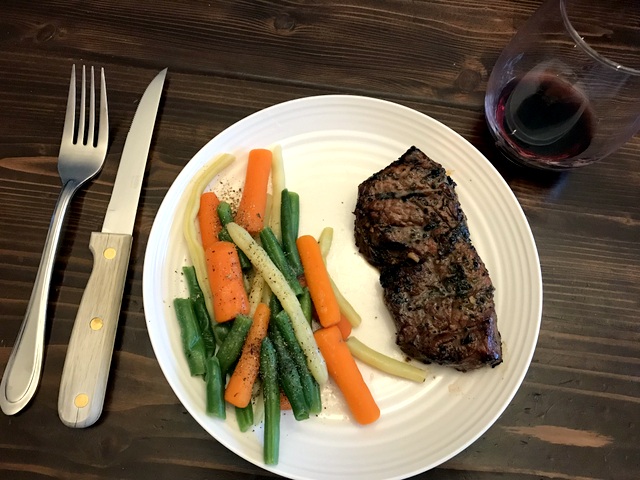 P.S. I’m not usually a big red wine drinker, but the Red Blend from One Hope is DELICIOUS. If you’re in need of someone who sells it, I would 100% recommend Christy – she’s great! You can check out her Facebook group HERE or check out the wine on her website HERE!

Saturday turned out to be somewhat of a wash, thanks to Alex coming down with what we assumed to be the same thing that Lucas had earlier in the week. Poor guy was sick in the morning, napped for four hours, then just basically sat in his chair with his baby, eating crackers, until it was back to bed. 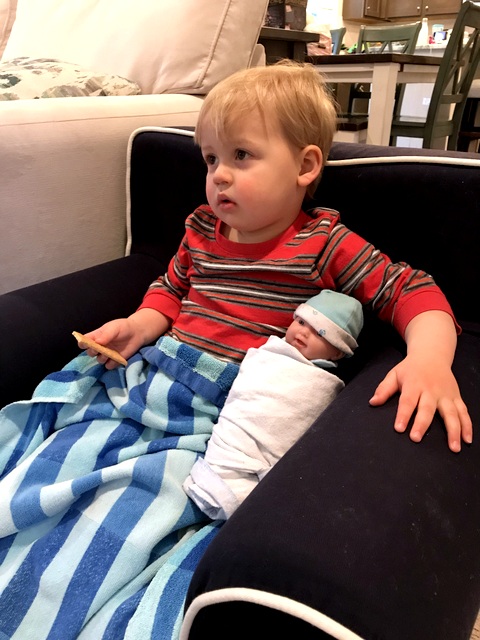 Thankfully, he woke up on Sunday seemingly much better, so it didn’t seem to hit him quite as bad as Lucas. These poor kiddos.

Sunday got off to an early start, with a delicious breakfast cooked by Jay for all of us and my mother-in-law. When he asked what I wanted, I told him that the one thing I’d been craving was coffee cake…and he delivered! 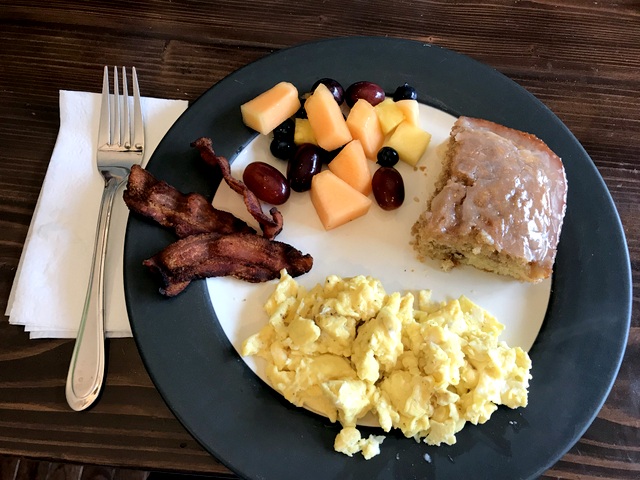 If you want an amazing coffee cake recipe and are not at all concerned about lots of butter and sugar, then definitely check out THIS ONE. It was crazy good, and I had to start giving it away just so I don’t eat the whole pan myself!

After breakfast, I had the pleasure of getting ready for the day solo (aka no kiddos with me in the bathroom!) AND a quick solo trip to Target. Not for anything exciting, but still, just a little bit of quiet. It was a beautiful day, so we had some fun outside for a little while before eventually heading over to my parents’ house for dinner after Alex’s nap. 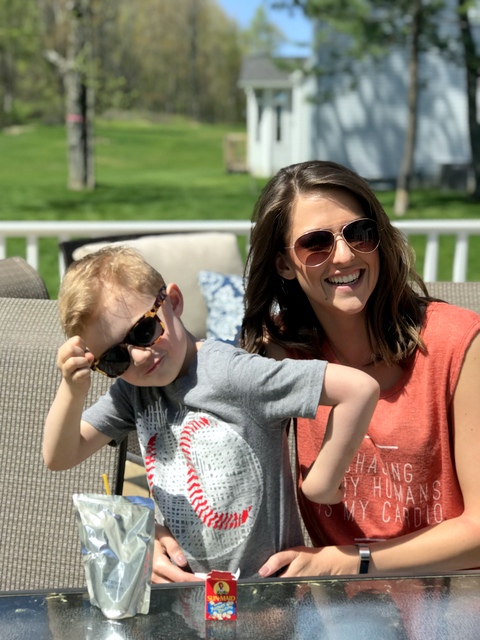 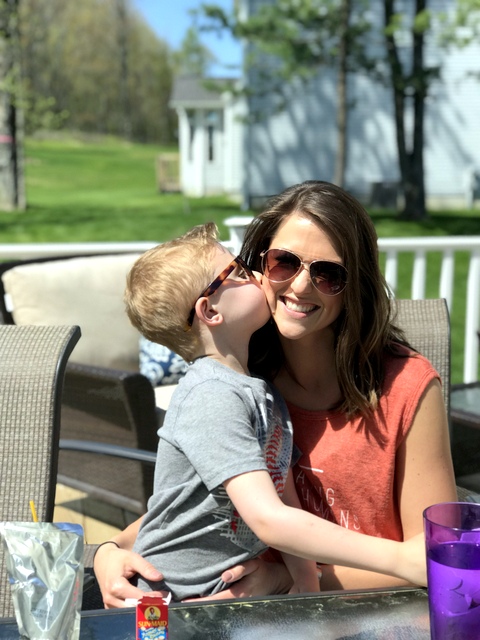 We all spent the afternoon outside because it was such a beautiful day! 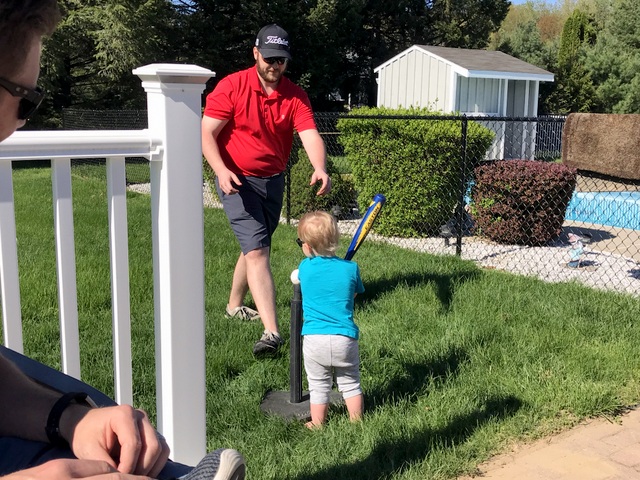 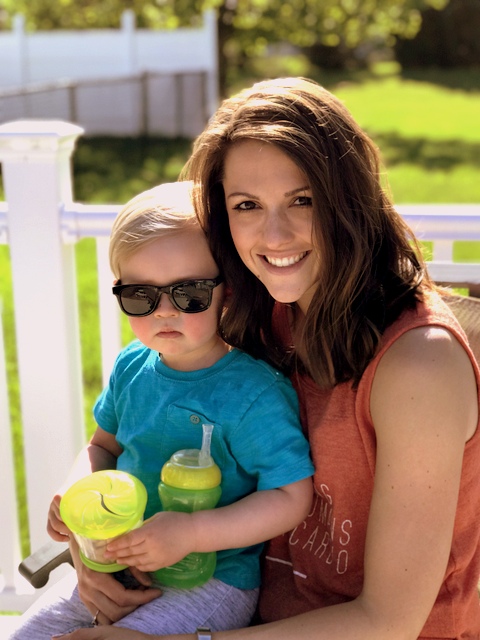 My mom made her famous salad (ugh, it’s so good) and some delicious roasted potato wedges, and my dad grilled up some filets and chicken. Filet mignon is my faaaavorite. 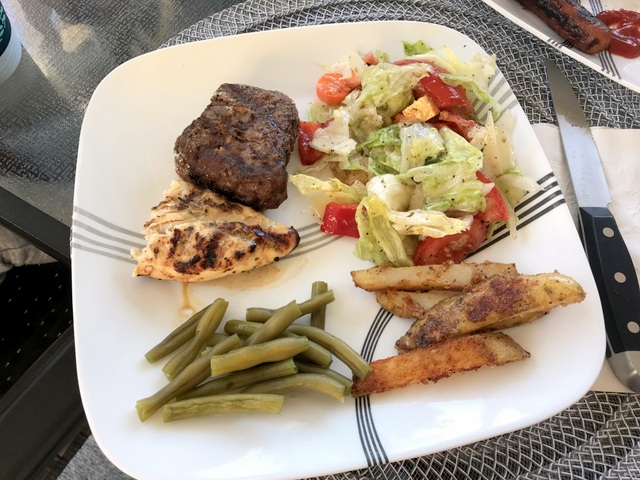 And as it turns out, that’s basically all I have to document our (Mother’s Day) weekend! I’ll catch up with you guys later this week, hope you’re having a good start!