As I’m sitting down to type up this post on Sunday evening, I’m both exhausted and grateful for a great Mother’s Day weekend. We didn’t too packed of a schedule, but we still had a really nice couple of days.

On Friday night, we got to work on our craft projects for the grandmas! I traced and cut out Lucas’s hands and feet and then used some mod podge to adhere them to some terra cotta planters. I bought some foam letters to write out their names (Nan Nan is my mom, Mamite is my mother-in-law) and we filled them up with some pretty pansies. 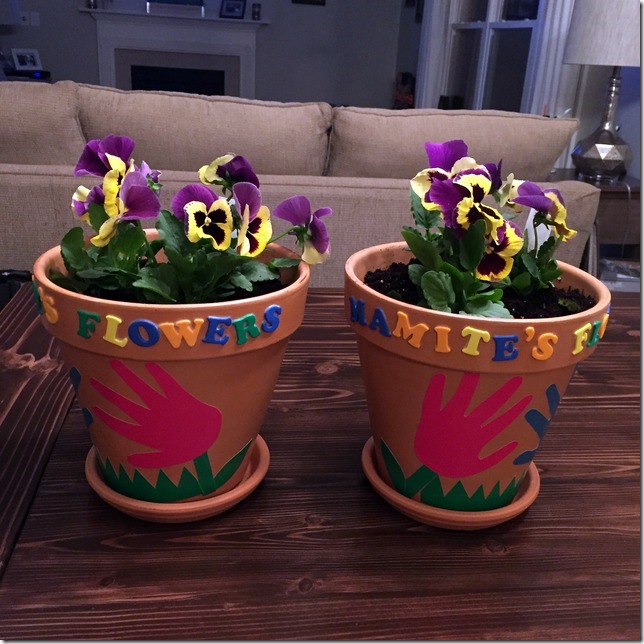 For it being a pretty quick moving project, I was impressed with how well they turned out! And I think the grandmas really liked them too!

On Saturday, I told Jay that the one thing I wanted to be able to do was go out for a mani/pedi…and that’s exactly what I did. Along with some Starbucks to keep me company. 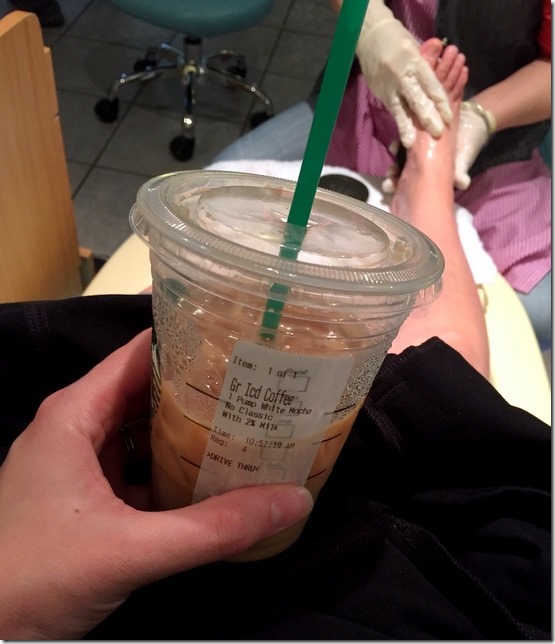 FYI: It was half decaf, just in case anyone is concerned about the whole caffeine with pregnancy thing.

I even splurged an extra $10 on an additional 12 minute leg and foot massage and it was totally worth it. In the end, I was relaxed and finally had some presentable nails (because WOW, did they need it!). 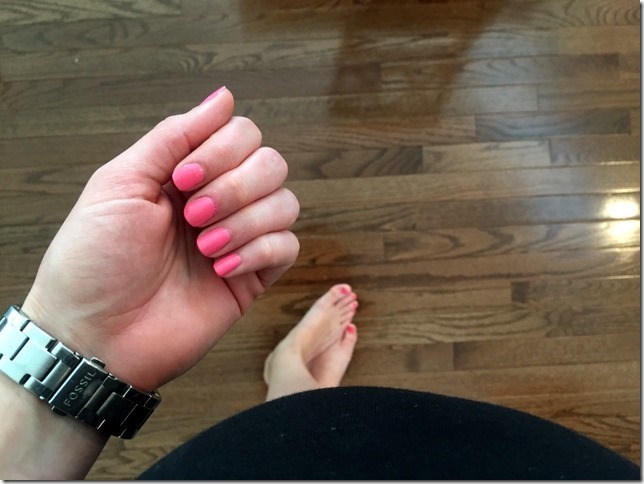 The rest of Saturday was really just spent hanging around at home with no grand plans, but we did wind up heading out after dinner for a little soft serve ice cream that I’d been craving. 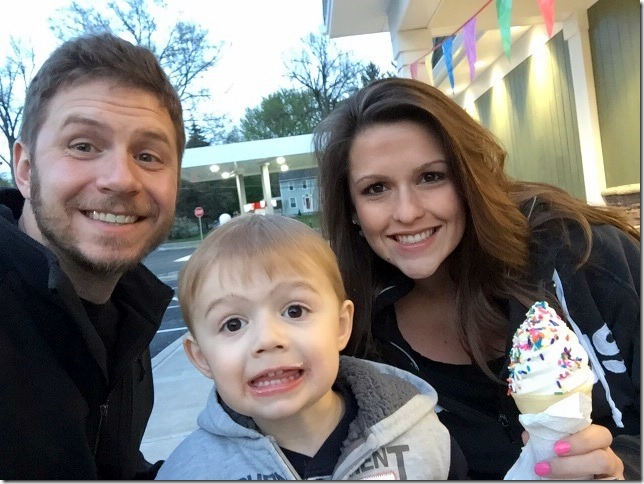 We tried a new place nearby and the ice cream wasn’t that great, but the company sure was <3 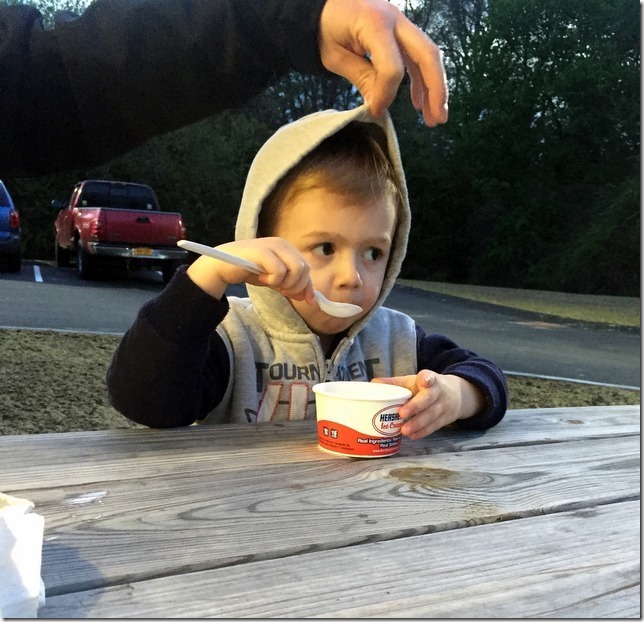 On Sunday morning, we were up early to head out with my mother in law for breakfast. I LOVE going out for breakfast but we hardly ever do it, so I was stoked. 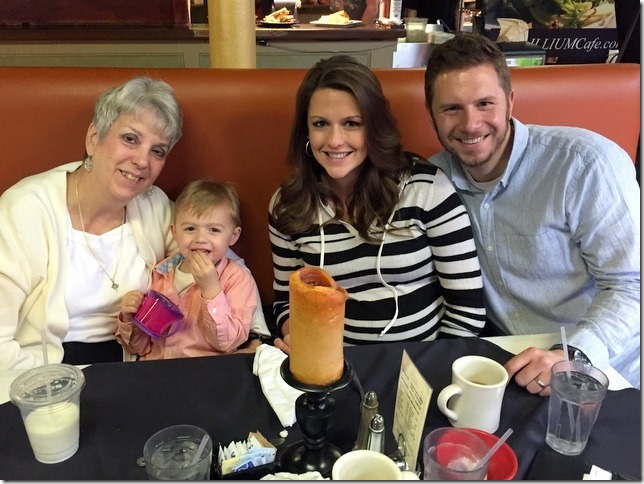 I ordered a veggie omelet special, which was packed full of all sorts of veggies, provolone, and roasted red pepper hummus, which was totally delicious. 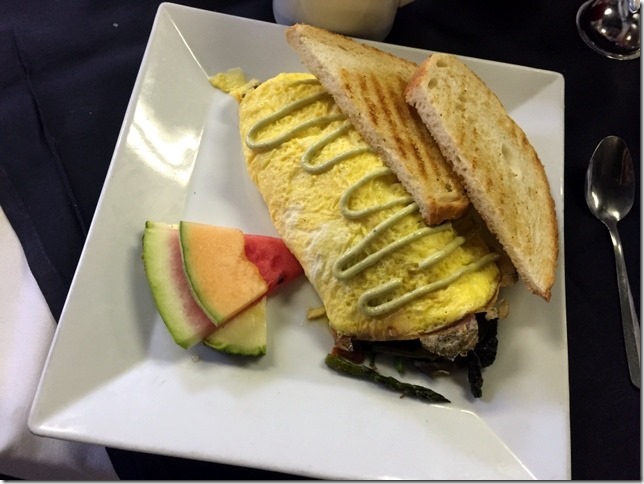 By the time we all got home from breakfast, I was greeted with some beautiful presents from my boys (which I realized I never took a picture of so I’ll have to share them with you during the week!) and we hung out for a bit before it was time for Lucas’s nap. Truth be told, Lucas was really into testing my patience this weekend, so nap time was more than welcomed…don’t they know they’re supposed to be little angels on Mother’s Day?

Actually, nap time was welcomed by all of us, and we all ended up snoozing for a little over an hour. I typically feel weird about napping during the day (there’s always something to do, right?!) but my body just needed it and it felt amazing.

Once Lucas was up from his nap, we headed over to my parents’ house for an early (and delicious!) dinner. Grilled chicken, roasted veggies, pasta salad, and potato salad…all at my request. 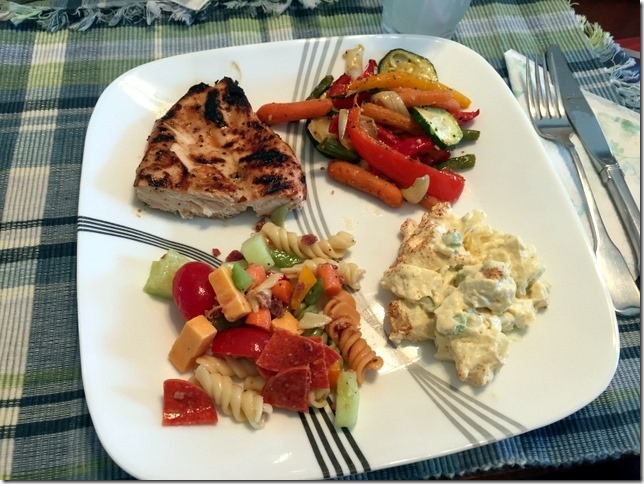 And for dessert? A homemade chocolate chip cheesecake on a store-bought graham cracker crust. 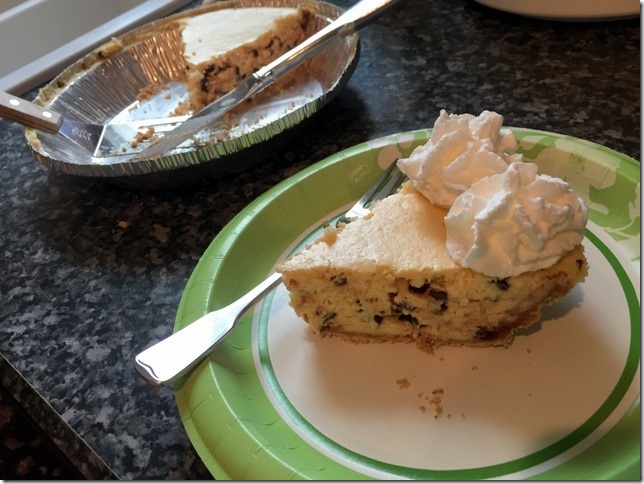 Mom totally nailed it with that one…it was SO good.

It was pretty windy and chilly, so we were all confined to being inside, but as you can see, everyone was nice and content. 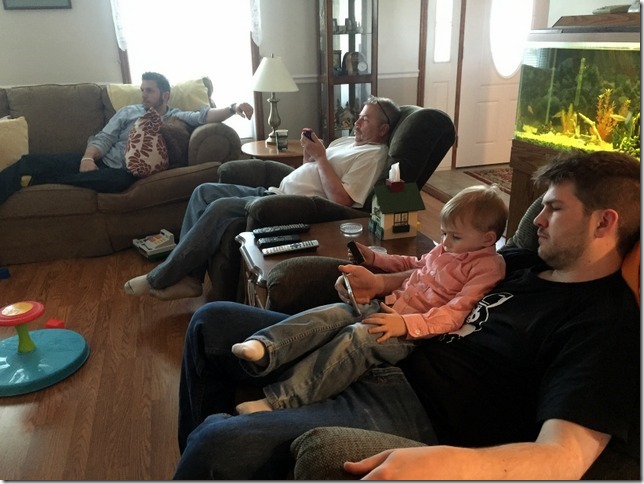 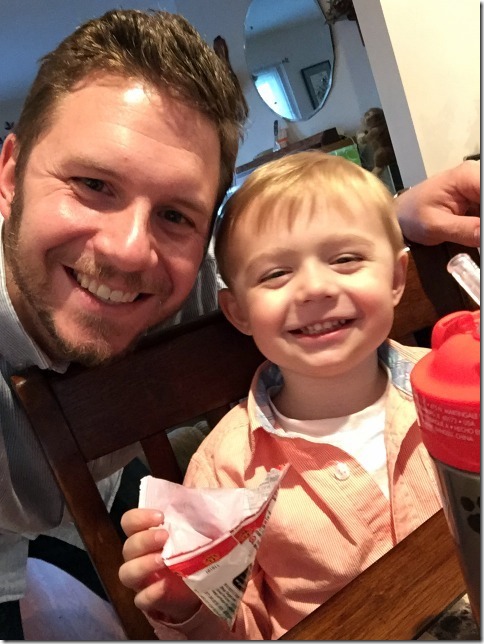 I find it crazy to think that next year, I’ll be celebrating with an almost 1 year old AND an almost 4 year old, which completely boggles my mind. I think about my mom often, and how she just always seemed to make it work so seamlessly with two kiddos…and here I am over here trying to figure out how the heck I’m ever going to manage it all?!?

She was and is certainly one heck of a lady, and I’m so lucky to call her my mom. 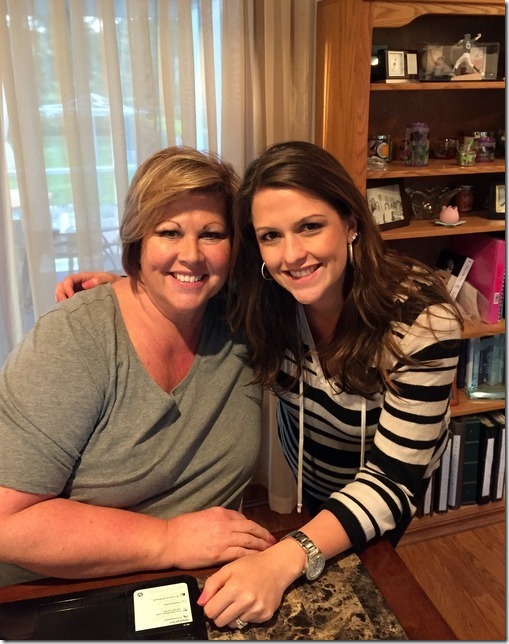 I hope all of you out there had a wonderful weekend, whether you were celebrating the holiday or not! And here’s to having a great week ahead.