When it comes to my exercise routine, it’s no secret that I like to switch things up. If I were to stick with the same routine, week after week, I’d be absolutely bored out of my mind. Wouldn’t you?

So between the cardio & the occasional BodyPump classes at the gym, I also have another tried and true resource which is very near and dear to my heart:

Over the past few months, I’ve tested out some fantastic workouts that have really kicked my boo-tay! :shock: Whether it’s intense cardio, hardcore strength training, or relaxing yoga, they’ve got everything I need.

So as I’ve come to test out quite a few of these workouts, it’s safe to say that I’ve developed a few favorites. And wouldn’t you know…it looks like Christmas came a little early for me! :mrgreen: 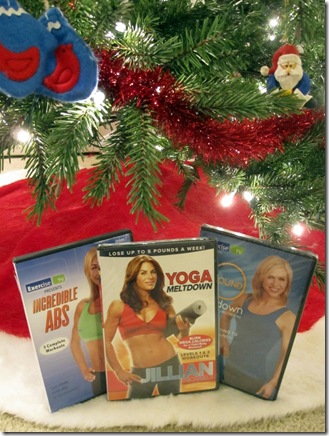 A couple of weeks ago, I was contacted by the nice folks at Exercise TV, wondering if I’d be interested in doing a review of a couple of their full workout videos. They saw how much I’ve been loving some of the On Demand programs, and thought I might enjoy reviewing the whole video…

I seriously think they read my mind; I’ve been dying to try the full Yoga Meltdown video from Jillian Michael’s!!! 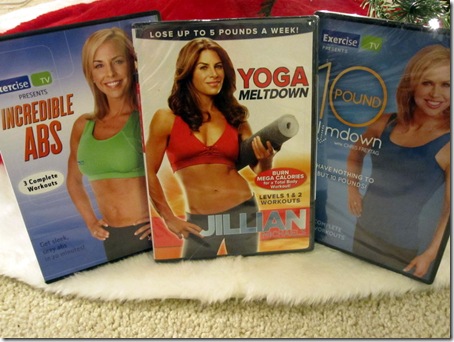 As soon as I got home yesterday afternoon, I immediately popped Jillian into my DVD player to test out the new goods. I realized that the video I’ve been doing on Demand has been the Level 1, which focuses on quickly flowing yoga sequences to burn more calories. It’s given me a great workout every time so far, but I wanted more, so I stepped it up to Level 2.

After trying both Levels 1 & 2, I think it’s safe to say I like them both equally, and will probably switch back and forth between the two. They both definitely rock!

Alright, so here’s the deal…

You guys know I love you all for being the fantastic readers that you are, right? :) Well, ‘tis the season of giving…and because I love you all so much, I think it’s only fitting to share my favorites with all of you!!

It’s the My Favorite Workouts Giveaway!!!

Exercise TV has generously offered to giveaway one of each of my three favorite workouts: 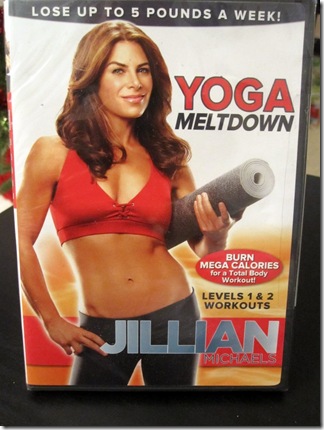 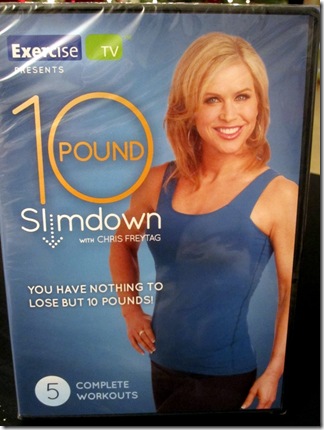 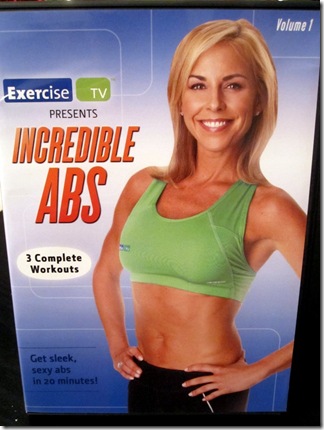 Are you guys excited or what?!?! :mrgreen:

HERE’S HOW TO ENTER…

You have four chances to enter this fantastic giveaway:

Talk about a nice early Christmas present for yourself, right?? ;)

GOOD LUCK and thanks again to all of you for being such rock star readers!

« Fun Demolition Discoveries
Did Christmas Come Early For YOU?? »