So after Saturday’s awesomeness, Jay and I had a pretty good Sunday too. 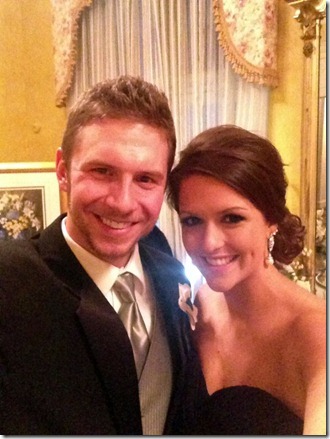 Our friends Joe & Kate actually stayed over at our place after the wedding, and shortly after we all got up on Sunday we decided to head out to B-Rad’s Bistro for his hangover brunch. No photos this time because I was too lazy, but my plate looked pretty darn similar to last time, and it was pretty darn delicious.

Once we got home from brunch, I was still feeling pretty tired so I wound up crashing on the couch and napping on and off while watching Forgetting Sarah Marshall (<– love that movie!).

A couple of hours later, I got my rear end off the couch, made myself somewhat presentable (this could be arguable), and the two of us went out to visit our friends Josh and Erika, who just recently welcomed a new baby girl into the world. I was so, so excited to see her, but before I could even got my hands on her, this happened… 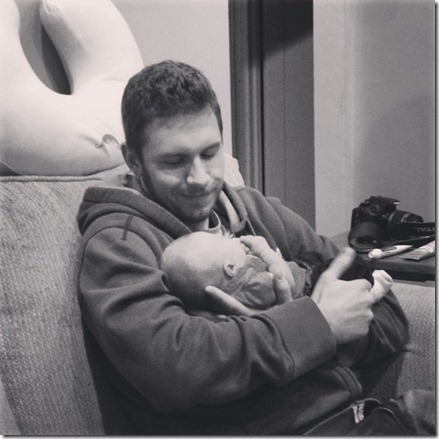 And, umm, my heart melted.

I don’t think Jay had ever held a baby so young, and although he wasn’t quite prepared for it (Josh pretty much sneak attacked him), I’d say he wound up doing juuuuust fine. I seriously cannot wait to see him as a dad to our little Baby Tooth. It makes me smile every single time I think about it, and it’s probably one of the number one things I’m looking forward to.

FYI: We got a little lazy yesterday and forgot to do a photo for this week’s update…it’ll be up tomorrow morning!

So we spent a couple of hours visiting with the new baby and then we headed back home for a quick dinner. I should mention that this was, of course, after we stopped at the drive-thru of McDonalds on our way home because I was suddenly struck with a craving and just HAD to have some of their french fries. We shared a medium fry and it totally hit the spot. No regrets about that decision whatsoever. 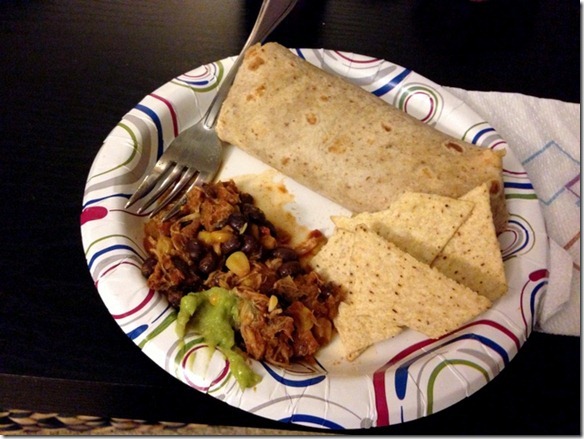 But for our real dinner…I remembered that I had put a container of leftover Crockpot Chicken Taco Chili in the freezer a few months ago, so I decided to take it out earlier in the day to have last night. I heated a portion of it up and made ourselves a couple of wraps, complete with some shredded cheese and guacamole. 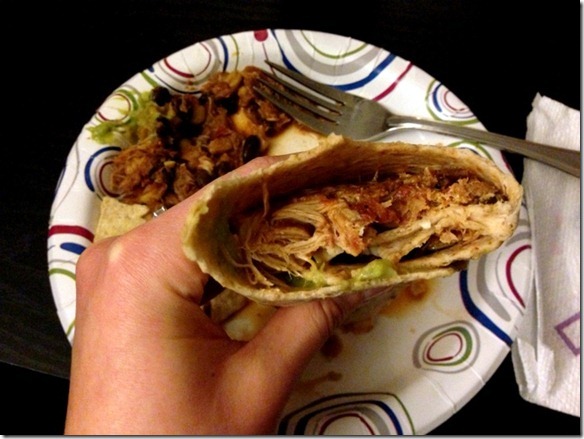 They weren’t anything crazy, but they did the trick. ;)

The rest of the evening consisted of some viewing of the Grammy’s while snacking on a couple of Banana Oatmeal Chocolate Chip cookies that I have stashed in the freezer.

Yes, I have quite a bit stashed in my freezer, don’t I?

This morning, I was up nice and early for a treadmill workout. 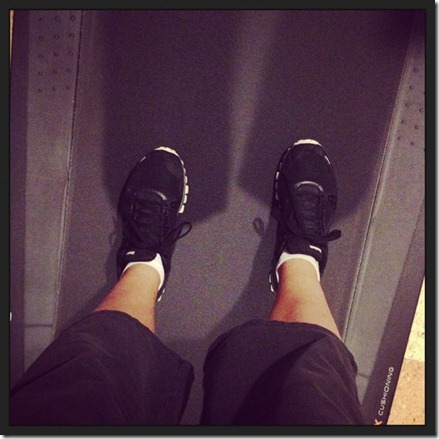 I couldn’t quite decide what I wanted to do, so I just wound up doing a bunch of different walking intervals for about 35 minutes; some of which while doing some shoulder exercises with my 5lb dumbbells. My legs were actually still pretty sore from dancing the night away on Saturday, too…go figure?! ;)

Other happenings from today so far? Well, my cup of oats I brought for breakfast exploded in the microwave this morning. That was fun. Almost.

I snacked on the always-awesome combo of peanut butter and banana mid-morning. That was definitely fun.

And I’m pretty sure that Baby Tooth has been trying to say hi to me today, as I’ve definitely been feeling some fun and weird sensations in there….almost like little waves going across my belly. It’s just so darn cool. :)