Well yesterday just ended up being one of those days that totally got away from me. My work day was busy and then right after work, I headed on over to mom and dad’s house to meet up with Jay and my brother for a home-cooked meal by mi madre. 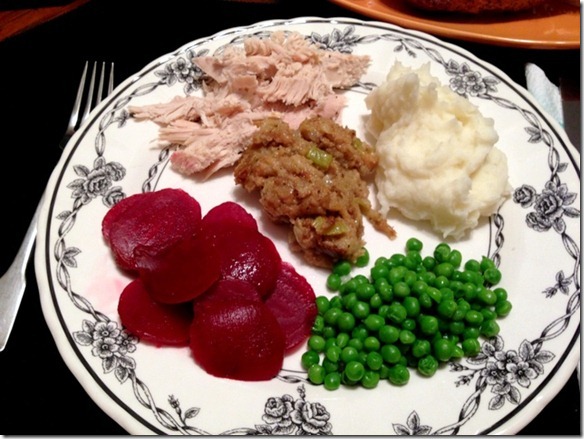 Check that out…a full turkey dinner on a random Monday night! I guess it helps when mom has the day off from work. ;)

I filled up with turkey, stuffing, mashed potatoes, peas, and beets and was actually probably the first one at the table to finish. Apparently, I was hungrier than I realized. The five of us then just spent some time hanging out at the table and catching up from the past couple of weeks, which was really nice. I know I’ve said it before, but I’ll say it again…I am so, so lucky to live close to family.

A couple of hours later, we headed home and before I knew it, it was already 8:00pm. Talk about the day flying by! I worked on putting together some meals for today, ironed my clothes, and watched what was left of The Bachelor (I did have it DVR’d, but didn’t feel like starting from the beginning). All I’ll say is, ohhhhh Kacie B. You should know better by now than to mention others girls when you’re with Sean.

This morning, my alarm went off nice and early at 5am for a workout. I’m not gonna lie…it was pretty brutal getting out of bed this morning…but knowing that I won’t have time after work helped motivate me to stick with the plan.

Today’s workout was one that I’ve actually been enjoying since last week, and I plan on sharing it with you guys later this afternoon. 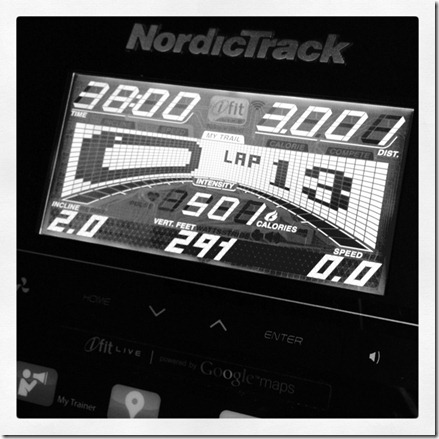 Don’t be fooled by just the treadmill though…it’s a strength and cardio combo, and it is a good one!

Breakfast was easy peasy this morning and I’m bringing it to work with me, since I didn’t want to attempt to scarf it down before leaving the house. Last night, I put together a batch of apple cinnamon raisin overnight oats… 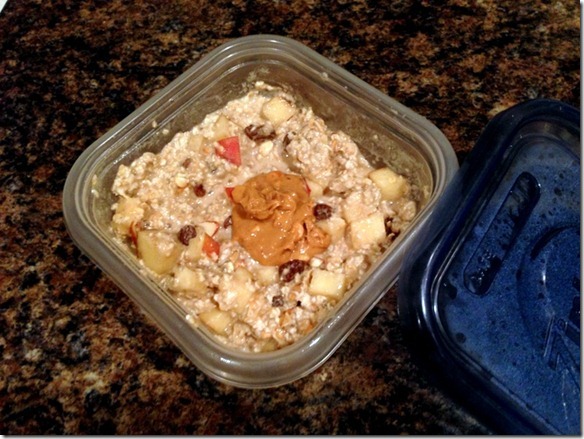 which, as always, are just oh-so-photogenic, aren’t they? 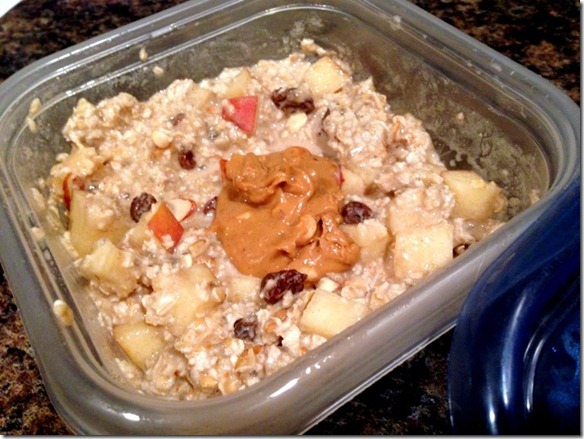 I added a big scoop of chunky peanut butter for some protein, and I’m also planning on crumbling part of a piece of cinnamon chip banana bread on top. 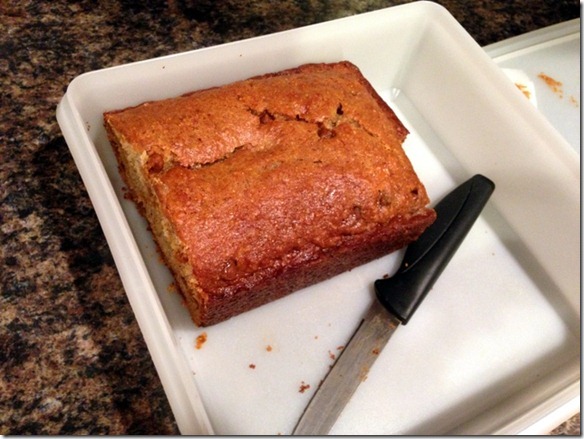 You guys like how I take my random little nibbles from the sides? I tend to do this with just about every loaf of banana/pumpkin/whatever bread that I make…when I slice off a piece to eat, I usually wind up slicing a small piece off the opposite end to eat right away. 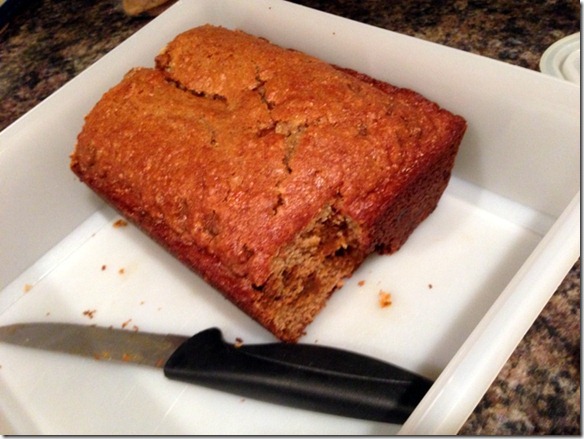 For someone who’s counting calories? Well, I probably wouldn’t suggest my method for eating banana bread, since it all adds up quickly. But hey, guess what? I’m not counting. ;) 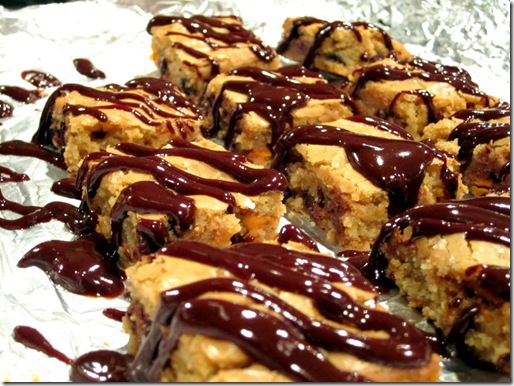 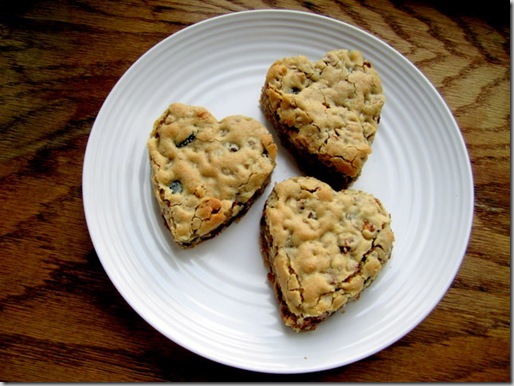 Now who else is craving blondies along with me? ;)