I’ll get to those Amazon lounge pants in just a second, but first…some weekend catch up!)

Well, what was looking to be somewhat of a gloomy weekend wound up giving us at least a half day on Saturday filled with warmth and sunshine…aka, perfect tball weather! 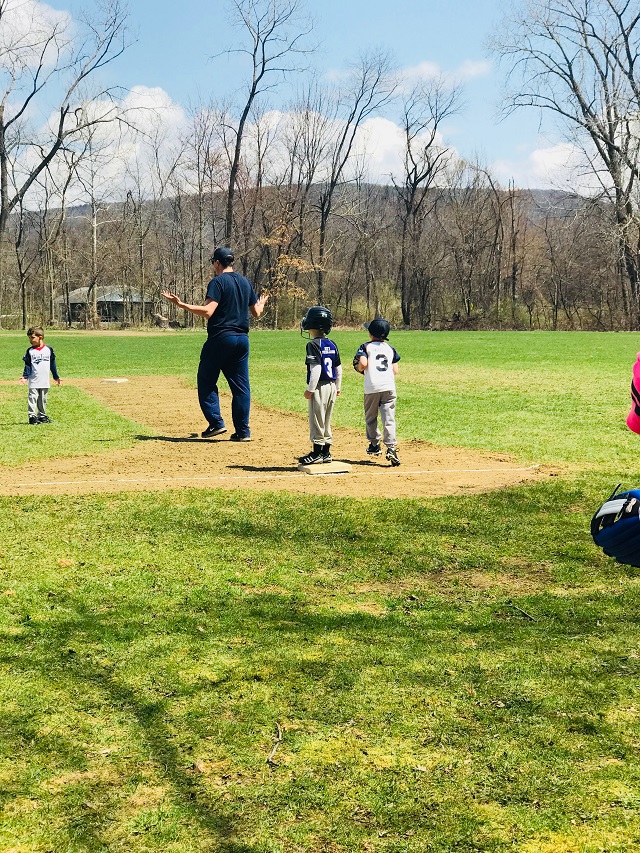 Our Lucas is #3 on the white team, looking way too old here, taking over his mama’s old number!! ; )

Before it was game time, Lucas and I made a quick trip out to Dick’s Sporting Goods to snag a different size of cleats (we got him these!). Jay and Lucas went out last weekend and got a pair, but after a quick measurement at home, I realized the poor kid has been squeezing into size 9 sneakers and he’s actually a size 11! So we went back to change the size, and then I promptly hit up Target later in the weekend for some new everyday sneakers for him, too (I bought him THESE, which he calls his “fast shoes,” and THESE, which I swear we’ve had in every size since he was about a size 6…which Alex is now wearing, ha!).

But, tangent aside, can I just say how flippin’ adorable tball games are?? These kiddos are just too cute, and the fact that the games are 1 hour and DONE make it even better! 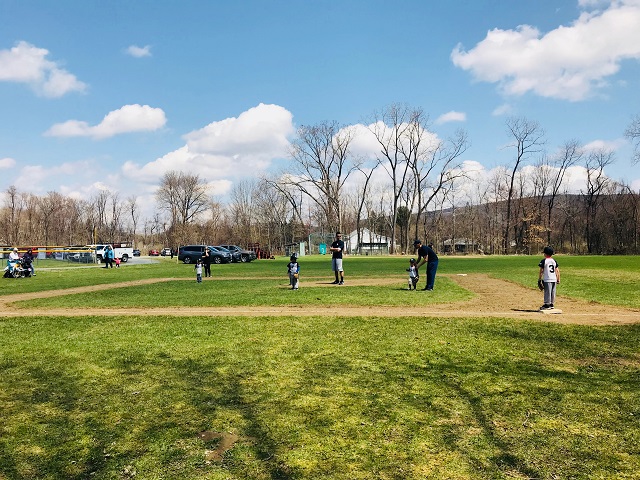 Lucas even had quite the cheering section for Saturday’s game, thanks to us, my parents, and my mother-in-law coming to watch. 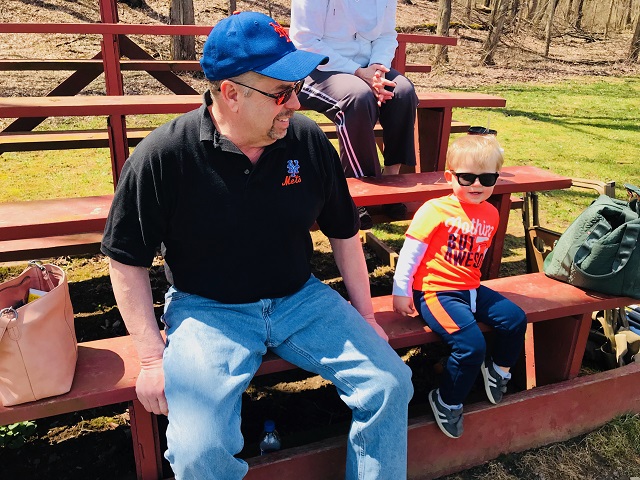 I also quite enjoy having some grandparents there at the game, so that way there are more bodies to take turns chasing after wild man, Alex. Always on the move! And also getting huge. Seriously, just stop growing up so quick on me, boys.

After the game, it was straight up for a nap for Alex (tball games at 12:30 don’t fare well against the usual nap schedule, but we make it work!) and Lucas and I enjoyed some down time outside on the deck while the weather still allowed. 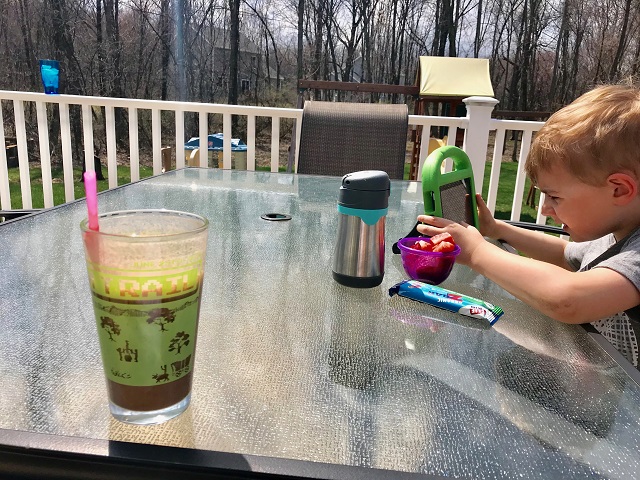 Lucas actually told me he “doesn’t like his tball games,” which totally surprised me, but then he followed it up by saying that it’s because he’s “really tired” after. So since homeboy is too cool for naps nowadays, a little quiet time on the tablet is a-okay by me.

Besides tball this weekend, there really wasn’t much of anything going on. Sunday was totally rainy and dreary; I woke up early and got in my workout for the day, which was this 44 Minute Cardio, HIIT, Total Body Strength, Stretching and Abs Workout from FitnessBlender. Definitely one I’m keeping in the favorites…did an awesome job working the whole body!! 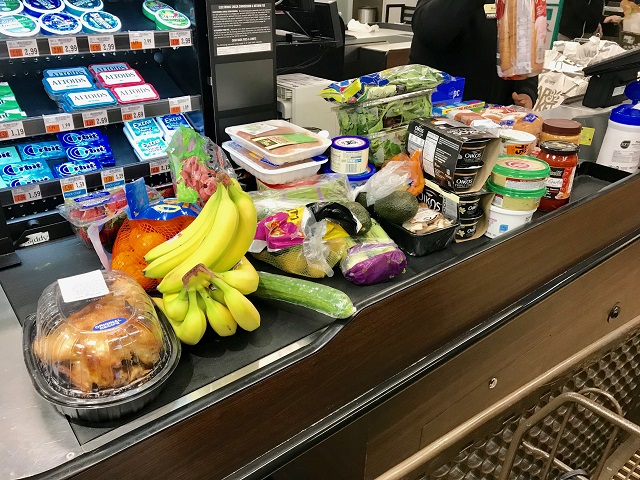 And after that, I was home in my cozies for the rest of the day, which leads me to my new favorite lounge pants that I MUST share with you guys. 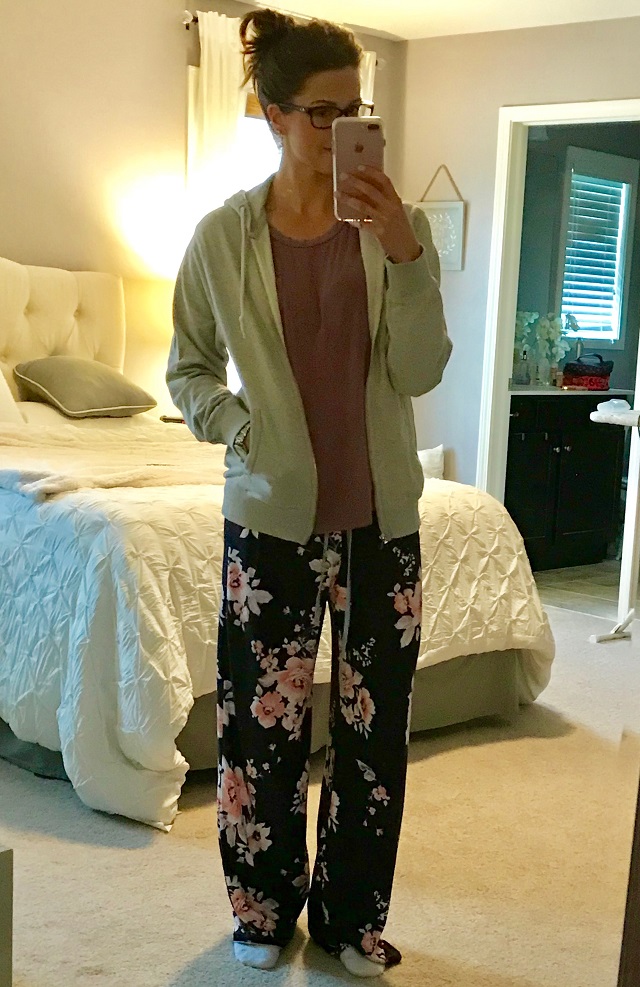 After seeing someone share about them on social media, I came across THESE AMAZING LOUNGE PANTS on Amazon (these are color Black). I’ve purchased a few items of clothing from Amazon in the past, but I’m always a little apprehensive since I don’t really know what to expect. I read a ton of reviews on these though, and there were more than enough positive ones; paired with the fact that the price couldn’t be beat, I went for it ($14.99 + they’re on Prime!). 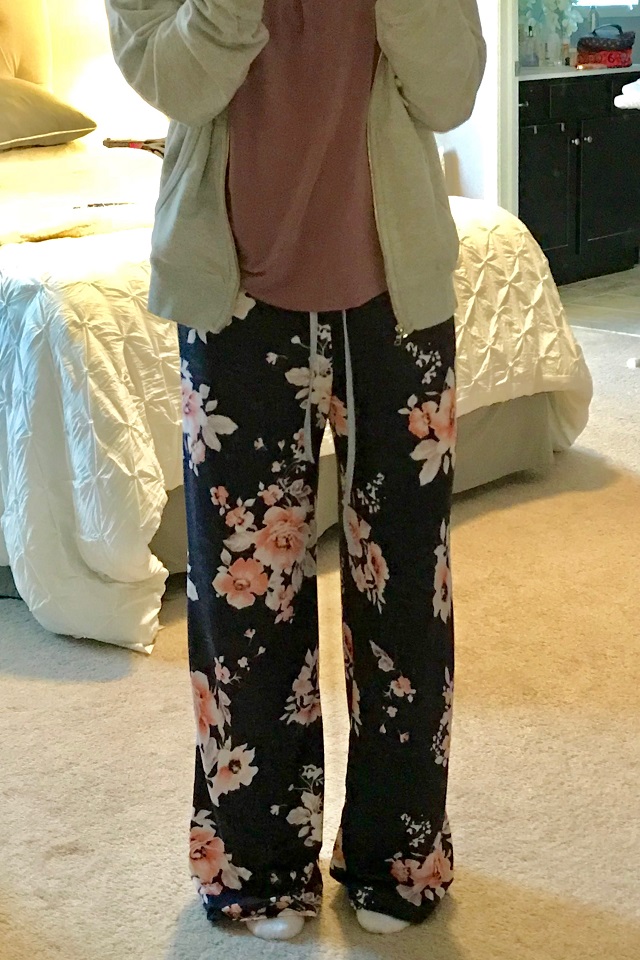 And now I’m in loooove. For reference, I’m 5’7″ and I’m wearing size Medium; as you can see, there is more than enough length, which is something that I always struggle with (long legs, short torso), and I love the drawstring waistband. 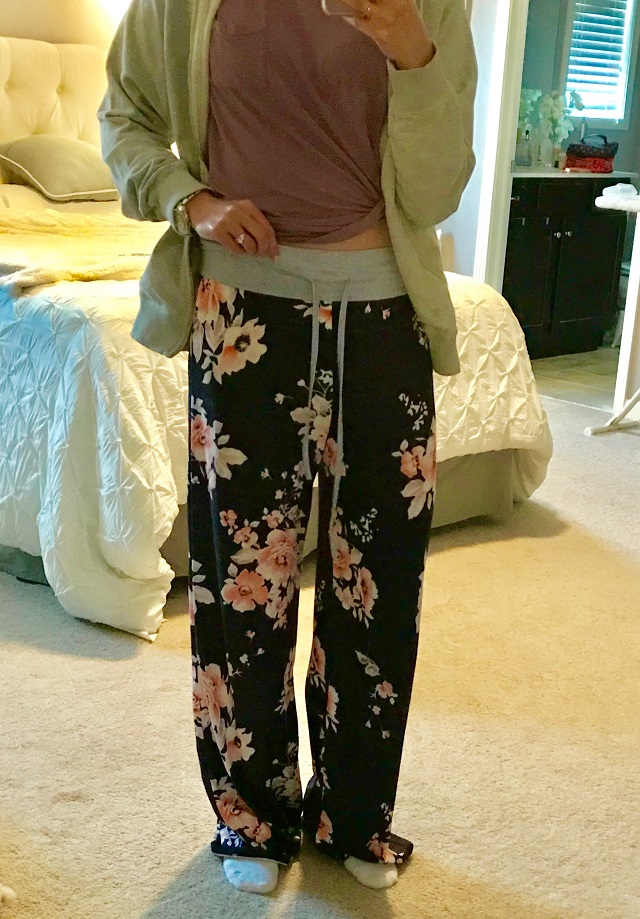 So if you’re in the market for a cozy pair of lounge pants, then go hurry up and order yourselves a pair of these. I promise, you will not regret it!