I’m pretty sure I’ve mentioned this on here before, but if I had to choose a day of the week that is just the absolute worst, it’s Tuesday. Jay is totally on board with me on that one, too.

So any time I have the opportunity to make a Tuesday just a little bit better, I’m all about it. Like, for example, a week night date night! 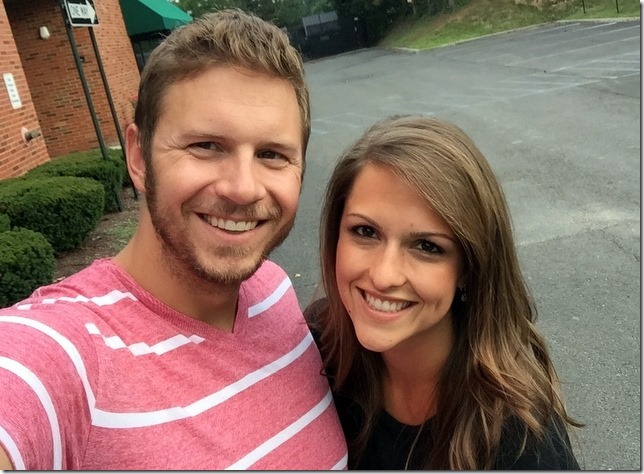 Boy, have we been spoiled with being able to take evenings out while we’re staying with my parents. It’s really a win-win for everyone though (the grandparents love extra time with their grandson!), which is perfect.

Before heading out for our dinner, of course, there was plenty of playing with cars AND with his new tubby toy (which was obviously being used out of the tubby). Our friends Kanika and Shaheen sent it to him, and he was having a blast playing with it. 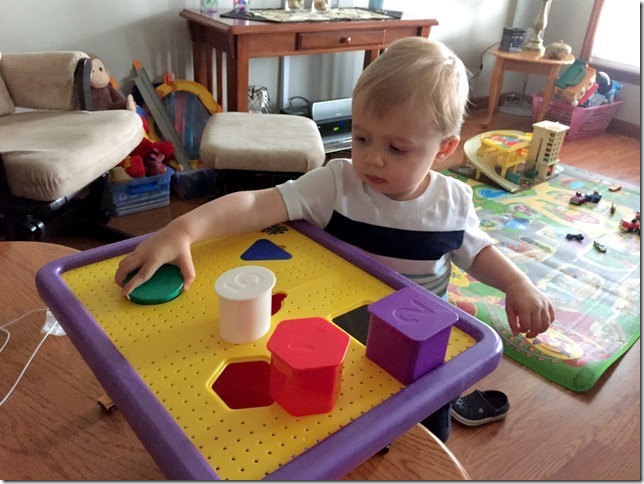 We sent lots of thank yous! <3 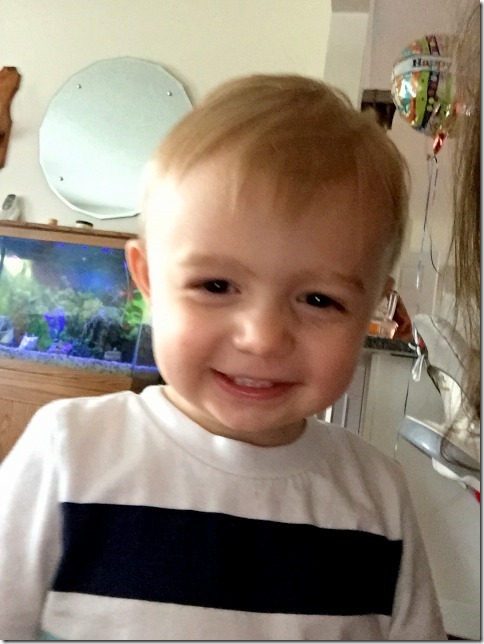 Then once Jay got home from work, we quickly changed and were out the door. We made a quick pit stop at a local furniture place to see if they had any good couches or kitchen tables (both of which we’re in the market for), but it was basically just a bunch of junk in a warehouse and a total bust. Ahh well, worth a shot.

Since we finished up at the furniture place a lot quicker than we expected, we wound up at the restaurant a bit earlier than our reservation; luckily, our table was ready for us, so we got seated right away. And where were we, you ask? Bonefish Grill, baby! 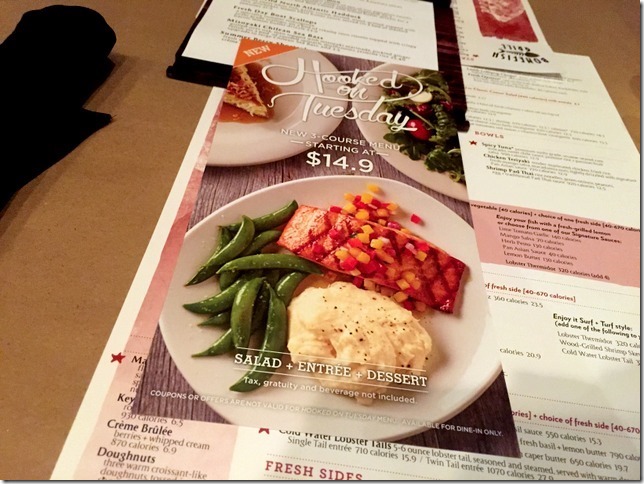 I really wish I had remembered to grab my good camera, so you’ll have to forgive me for the not-so-fab iPhone photos!

I was recently invited in to the restaurant to check out their new Hooked on Tuesday menu. The menu, available every Tuesday, features nine meal options of three generous courses ranging from $14.90 – $20.90. I was pleasantly surprised with the variety offered on the menu too, so if you want to check it out, here’s the menu details!

Of course, because it was date night and all, I had to start out with a drink. And because we were at Bonefish, I had a strong feeling I’d wind up with a martini. Seriously, I don’t know what it is about their martinis, but they are just so. darn. good. I never, ever order martinis when I’m out, but I am now four for four… 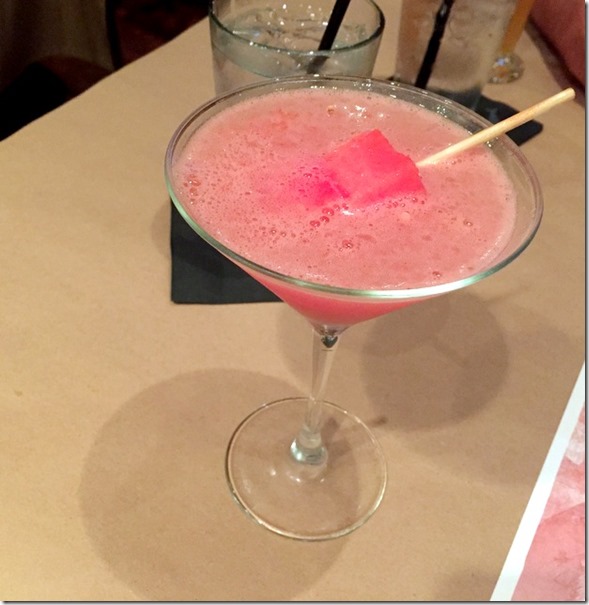 I was actually a little embarrassed (okay no, I wasn’t…more like impressed) with just how quickly it disappeared. I seriously need to learn how they make their cocktails! 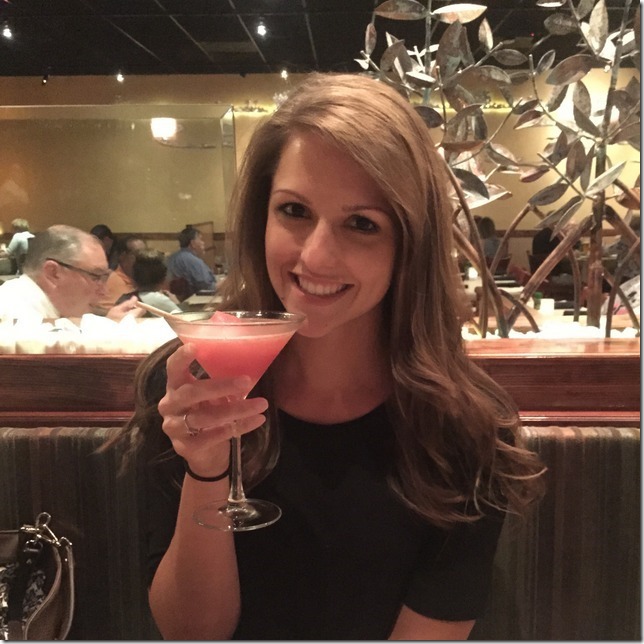 So with the Hooked on Tuesday menu, you can actually add an order of Bang Bang Shrimp to any meal for $6, and since we both arrived hungry, we made sure to order some. 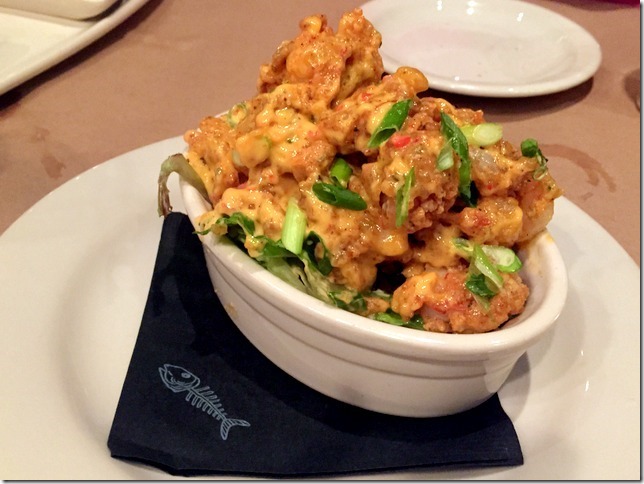 I know I have some other fans of this stuff out there, right? WOW, it’s good. Dangerously good.

For my salad course, I opted for the Caesar which is a bit different from my usual choices, but it sounded good. Definitely a good choice. 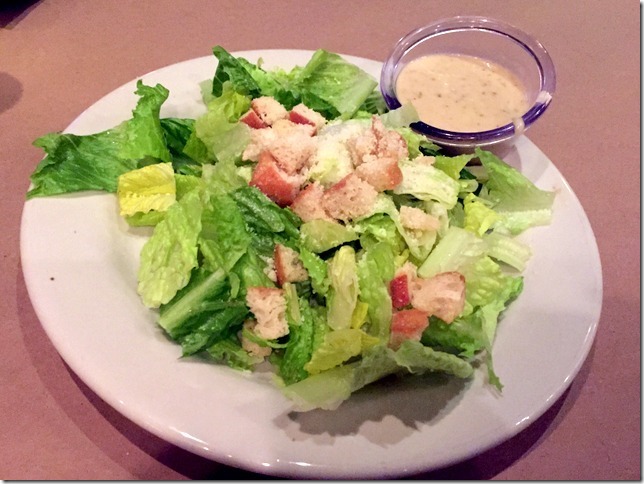 For my dinner entrée, I decided to skip the seafood (which I always feel like I should order because…it’s Bonefish Grill) and went with their 6oz. filet mignon. I am a sucker for a good filet, and this absolutely fit the bill. Tender, juicy, full of flavor…oh, and the garlic mashed potatoes I got with it? Insane. 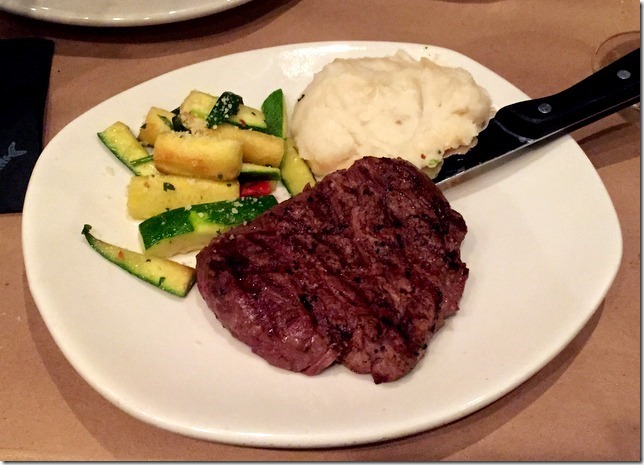 Jay switched gears a bit too and ordered their pork chop entrée which was WAY better than I would have expected. We both agreed that we never would really think to order a pork chop while we’re out, but if they all taste like that, we’d definitely do it. 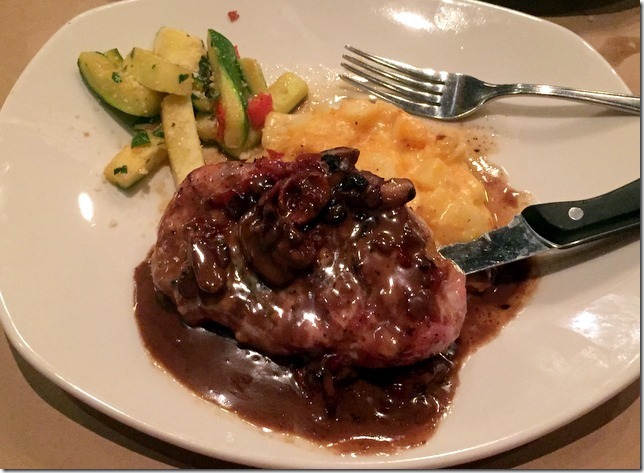 And then…there was dessert. I was this close to ordering their doughnuts (I swear, I am getting them next time), but the sounds of their macadamia nut brownie sounded too good to pass up. 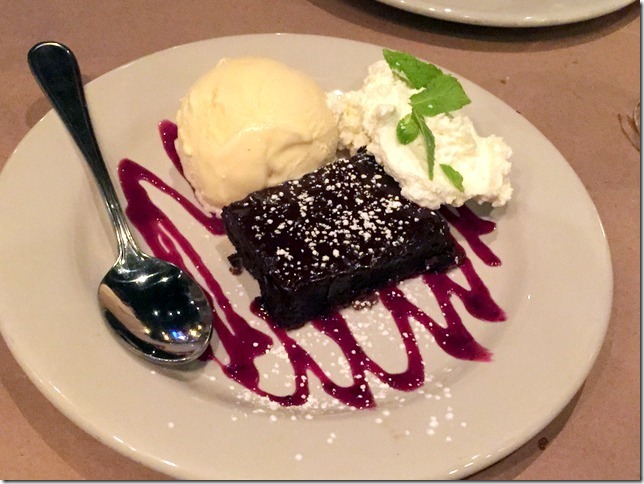 Despite the fact that I’m convinced there were no nuts in it, it still tasted fabulous. Plus…raspberry sauce. A+.

Jay went simple with the cheesecake, which was also delicious. Especially because there was caramel involved. 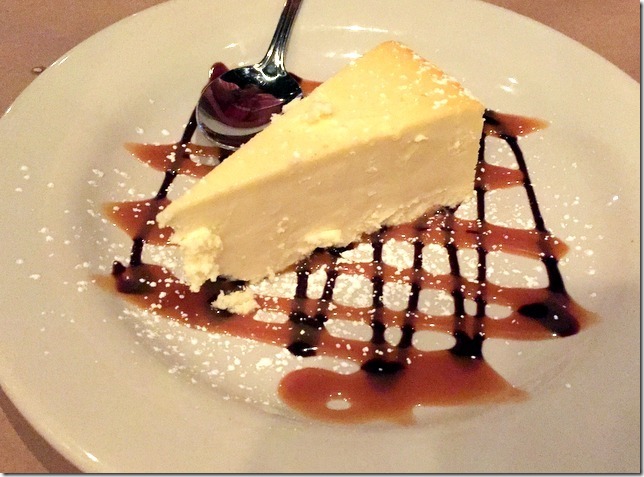 As the two of us walked out to our car, we both agreed that we were equally STUFFED. So much good food…happens to us every time we visit Bonefish!!

And even better yet? By the time we got home, we still managed to make it in time to put the little man to bed. Perfection. <3

How’s the week going for you guys so far? Any plans to make it out anywhere fun or exciting during the week?

*Disclosure: I received a gift card to use towards my dinner at Bonefish Grill, but this post was not compensated, and all opinions are my own, as always. Bonefish is one of our favorites!

« The Perfect Choice for Celebrating
Looking on the Positive Side »