Just catching up from the weekend? Here’s what you may have missed…

So this weekend turned out to be a little more indulgent than I had anticipated. Beer, bbq, and cake up to my eyeballs, all paired with minimal exercise, left me going to bed feeling pretty gross last night. I was hoping that by the time I woke up this morning I’d be feeling a little better but I actually still felt just as blah.

Despite feeling like a load, I rolled out of bed at 5:15am and made my way to the gym for some BodyCombat (usually, once I get going I feel better). I started feeling pretty good during class and made it through okay, so I followed it up with the same upper body weight routine that I did last Monday. Done and DONE!

I actually worked through the weight routine pretty quick, since I had more important things to do…I had to come home and shower my two boys with some birthday love! 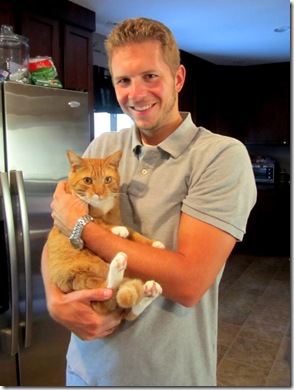 I made sure to give Cody some extra birthday belly rubs this morning. He was totally lovin’ it. 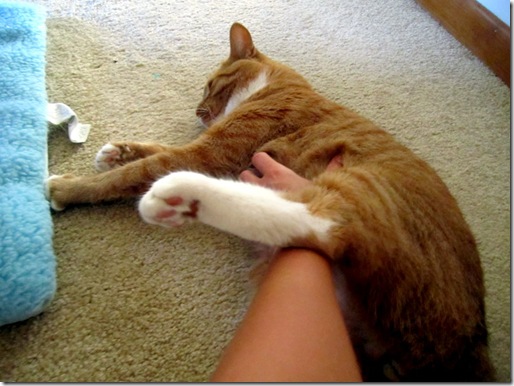 And since hubby did have to go to work, and I was still a sweaty mess, I had to refrain from covering him with birthday hugs and kisses.

Don’t you worry hubs, I’ll get you later…just like I always do. 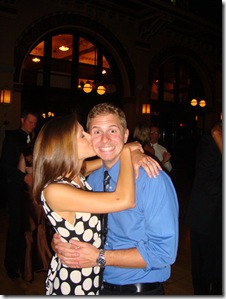 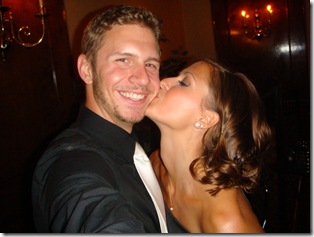 I did, however, send him off to work with more birthday cupcakes to share with his co-workers. They love it when I send them in goodies; almost as much as Jay loves it when I make him take pictures for me. 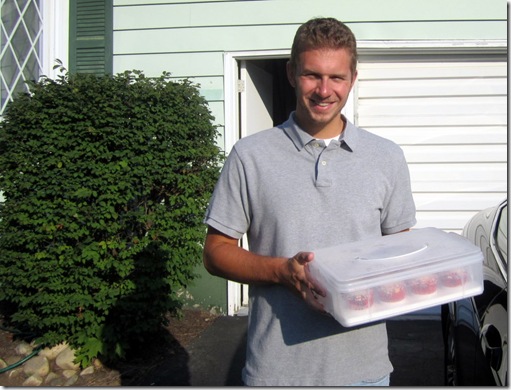 You know what else he loves? The fact that I will constantly remind him for the next 6 months that he is now OLD. It’s long been a joke between the two of us, since he’s almost exactly 6 months older than I am, that once he hits the age above me, he becomes old. So now that he’s officially 28 today, he is officially OLD again…until January 30th. Mwahahaha.

Once the birthday boy left for work, I poured myself a glass of iced coffee. 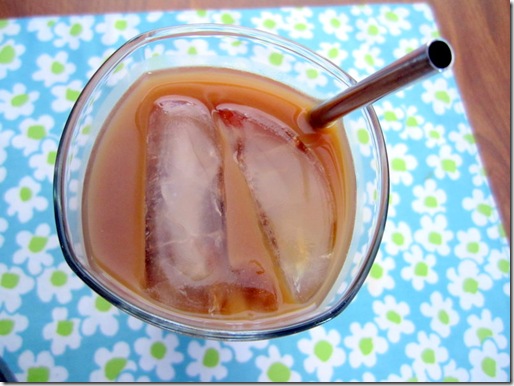 I had still been trying to work up an appetite for breakfast, but now I’m finally starting to feel it come back and I’m thinking another batch of protein pancakes is in order! I’ll share whatever it is with ya’ll later on!

Questions for the Morning…it’s WOULD YOU RATHER time!