Talk about a fun night out!

Last night, Jay and I attended his work’s holiday kick-off party and had such a blast. His co-workers are always a fun time to hang out with anyways, so it was pretty much a guaranteed good time. 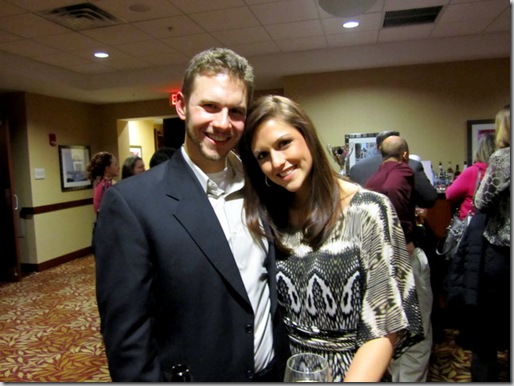 (This dress may look familiar to some of you.)

The party began with a cocktail hour, where I enjoyed a couple glasses of wine. I don’t know whether it was the stress of the week or what, but that wine was tasting miiiighty good last night. 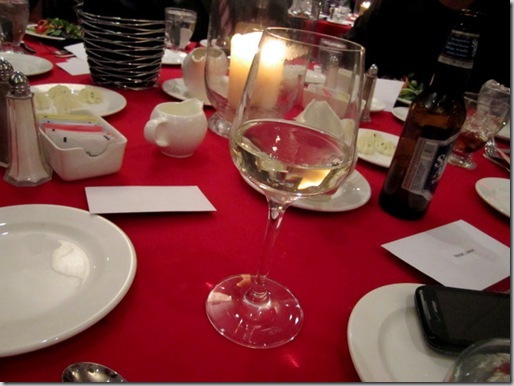 After the cocktail hour, we headed in to grab a table for dinner. As soon as we sat down, we noticed that each seat had a special little envelope in it with a lotto ticket. So cool, right? I think it would have been even cooler if I had won though. Ahh well. 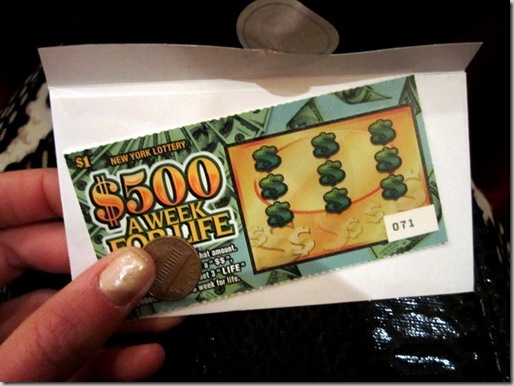 Shortly after sitting down, we were served some salads. 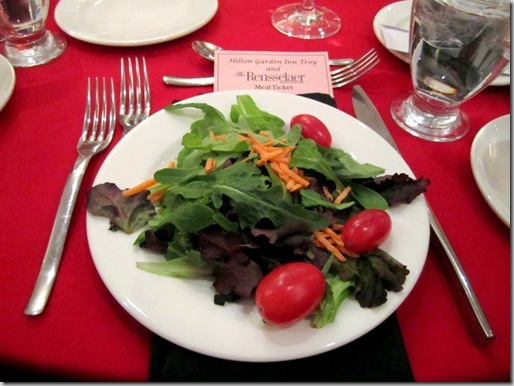 As soon as I took out my camera, I actually got called out my one of Jay’s co-workers! He proceeded to ask, “Ohhh, are you BLOGGING right now?” 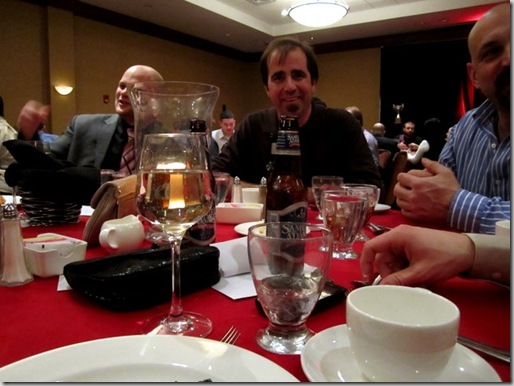 I had to laugh because, a) the way he said it was just too funny, and b) the fact that his co-workers read STSL every once in a while is great. I don’t always worry about taking pictures while I’m out, depending on the crowd and the situation, but at least I know I don’t have to worry about it with these guys. I actually found out last night that quite a few of his co-workers read the blog, which is awesome!

So along with my salad, I had a roll with some delicious herb butter. I was getting pretty hungry by this point, and with a couple glasses of wine in me, I was about ready to annihilate the bread basket. Good thing dinner came quickly. 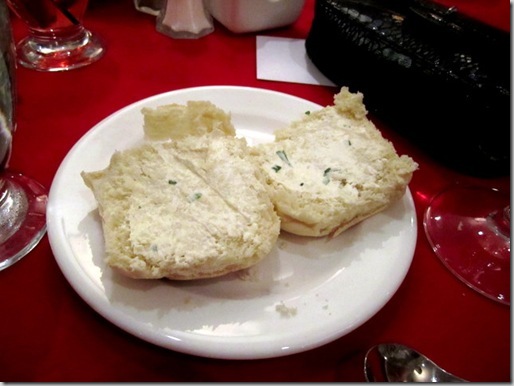 For dinner, I decided to change things up a bit from my usual and went with the steak. It was surprisingly really good and was cooked perfectly for me (medium). 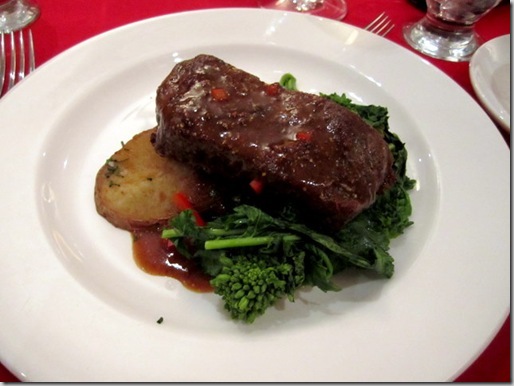 Then, shortly after dinner…there was dessert. 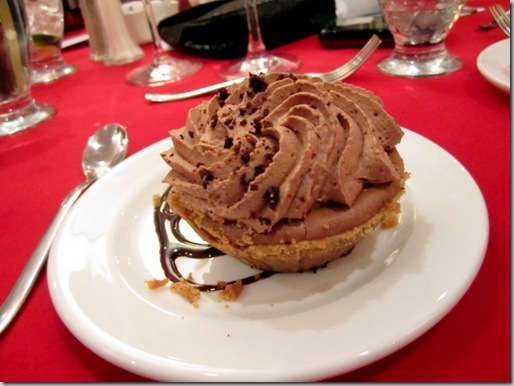 This was the first real dessert that I’ve had since starting my nutrition plan and man oh man was it delicious. Some sort of chocolate mousse/cheesecake in a graham cracker crust. Yeah, it was awesome. 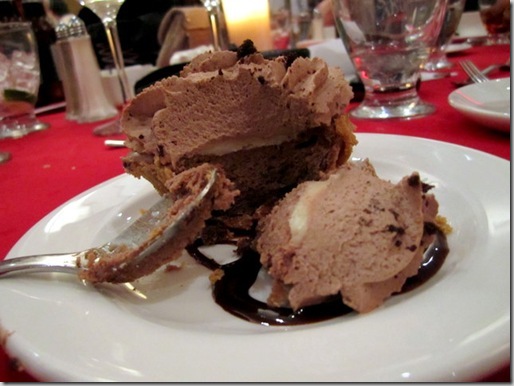 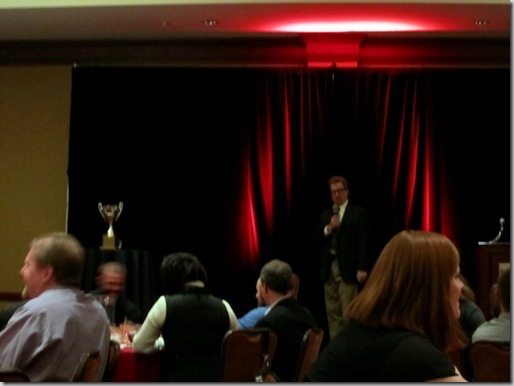 Then after the comedian, the company had their annual awards ceremony. Jay had told me earlier in the evening that he had been nominated for an award but, as he put it, “there was no way he was going to win with the guys he was up against.”

Well, turns out hubby was wrong… 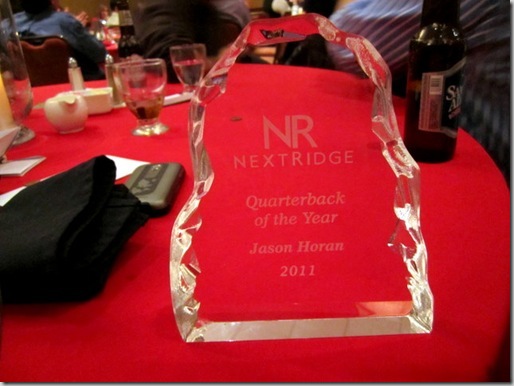 I was so proud of man! Now I reassured him that I definitely can say that I’m “married to a winner.”

Once the awards ceremony was over, the crowd headed back out to keep the party going. There were plenty of laughs and shenanigans going on! 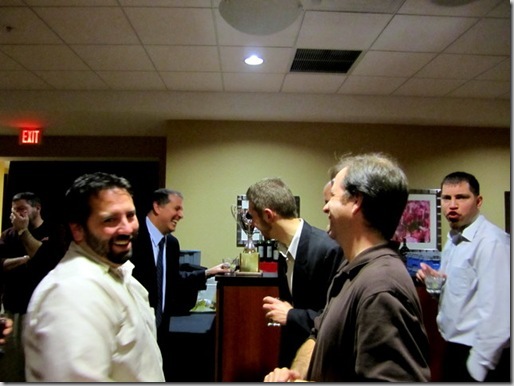 There were a few more drinks involved, too. 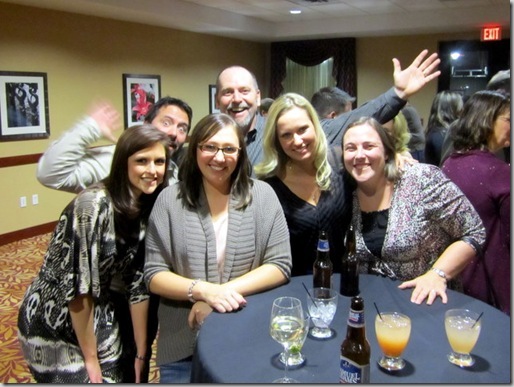 Which later led to a very necessary midnight pizza stop. 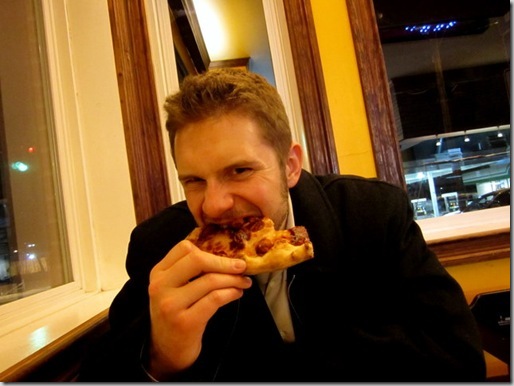 I’m pretty sure that may have been “the best piece of pizza I’ve ever had.” (No, I know it definitely was not…you know what I’m talkin’ about.) 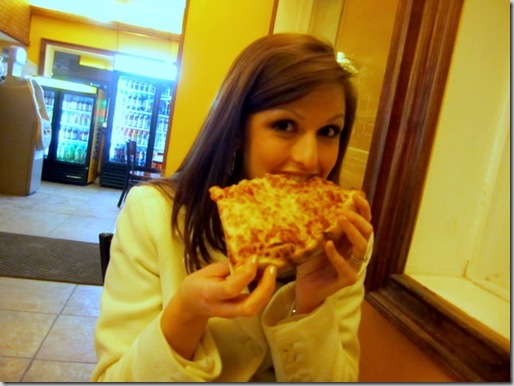 All I’ll say is, it’s a good thing I’m allowed a “cheat meal” on this nutrition plan…even though I’m pretty sure the extra wine, dessert, and late night pizza are probably not what Jim has in mind as a cheat meal.

Woops…ahh well. It was all totally worth it. We had a BLAST!

We slept in a bit this morning (no surprise) and both awoke craving bacon, egg, and cheese sandwiches (also no surprise). 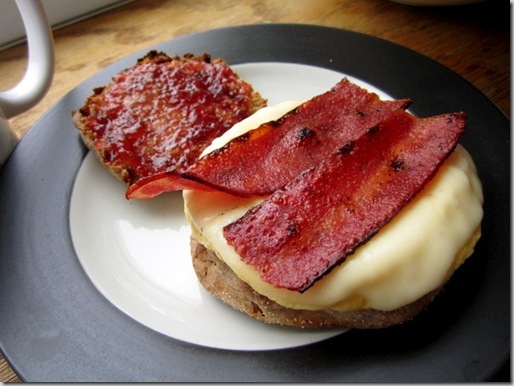 This bad boy tasted great, and definitely a healthier option than I would have gotten had we gone out to get one from somewhere. 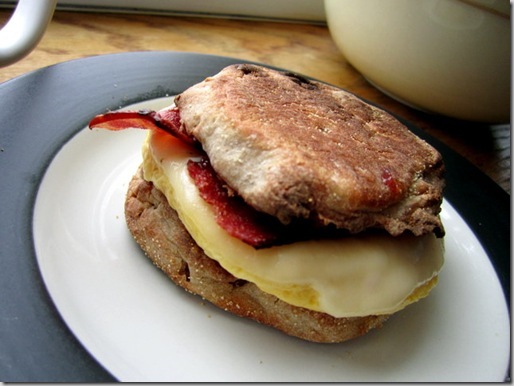 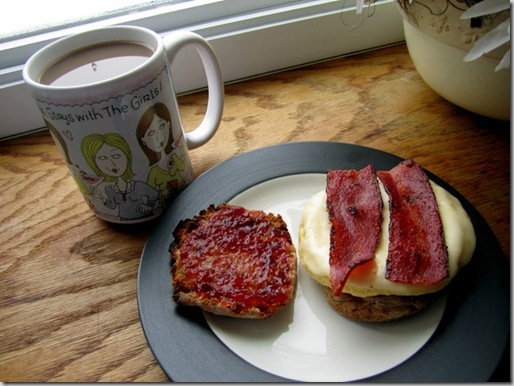 Now Jay and I are going to spend a little time catching up on our DVR – we still need to see this past week’s episodes of One Tree Hill and Jersey Shore.

Hope everyone’s weekend is off to a great start so far!