Talk about a nice little Sunday. I love it!

After all of yesterday’s indulgent treats, I made sure to schedule time for myself to have a nice little date with the treadmill this morning. Don’t get me wrong, I love indulging every now and then, but I also love getting my sweat on. It’s all about balance my friends!

I initially planned on running a steady 4 miles @ a 7.0mph pace, but then as I was listening to my latest favorite playlist, I realized that I really wanted to hear the next two songs. Sooo, I told myself I’d simply run until those two songs were finished.

Well, wouldn’t ya know, those songs must be two of the longest songs ever, which left me covering 5 miles in about 45 minutes. Score!

Post-impromptu 5 mile run, I grabbed a mug of coffee, made some breakfast, and hit the Sunday paper while sitting in the living room. 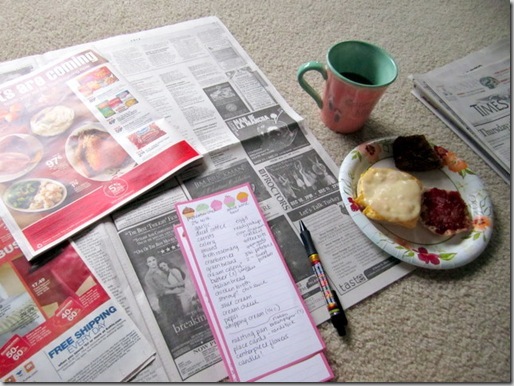 Breakfast today was another egg, cheese, and jam English muffin with a small slice of Pumpkin Banana Bread and a mug of coffee. While inhaling my morning meal, I scanned through the flyers, clipped some coupons, and finalized my Thanksgiving menu. 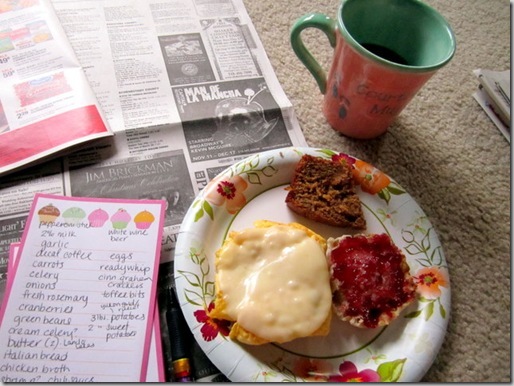 Seriously, I cannot even begin to tell you how excited I am about hosting Thanksgiving this year!

Once the typical Sunday-morning routine was finished and I finally showered (poor Jay), the two of us headed out to run some errands. Of course, while we were out, I just had to make sure to take advantage of the last day of BOGO Starbucks holiday beverages. 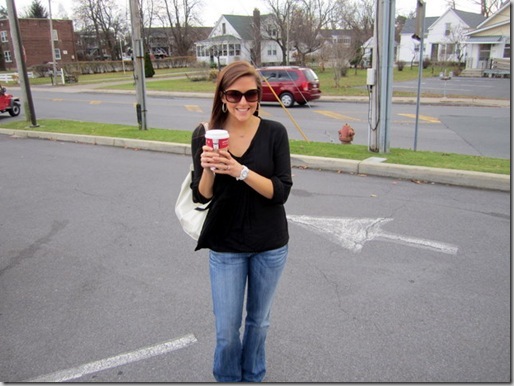 Another grande non-fat, no whip, 3 pump (instead of the usual 4) Caramel Brulee Latte. It tasted just as incredible as Thursday’s and Jay actually enjoyed his, too. I don’t know if I’d call him a “convert,” but he didn’t quite turn up his nose. 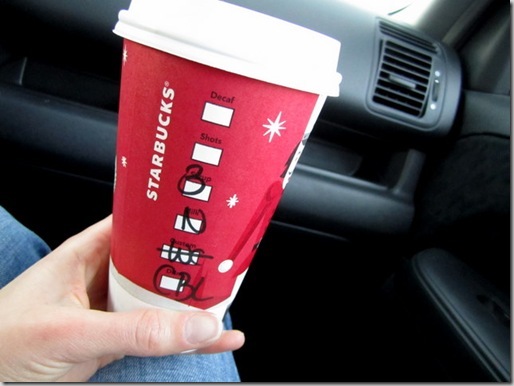 I don’t know about you, but I think Starbucks should have BOGO beverages all the time. Right?

Later this afternoon, we had a 2nd birthday party for our friends Scott & Kara’s son, Zachary. There was plenty of food to be had, but since it was at somewhat of an awkward time (3:30ish) I didn’t want to load up *too* much. 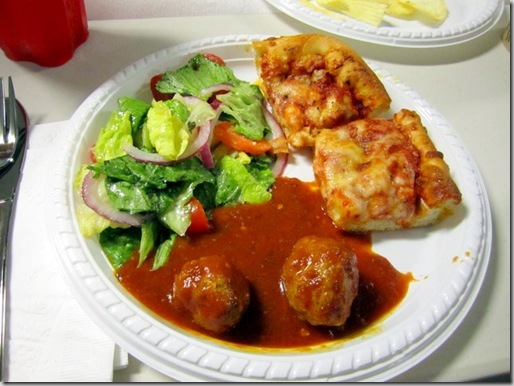 I grabbed some salad, meatballs, and a couple mini slices of pizza, all of which was delicious.

And of course, you can’t have a birthday without cake, right?? How cute is this cake!?! 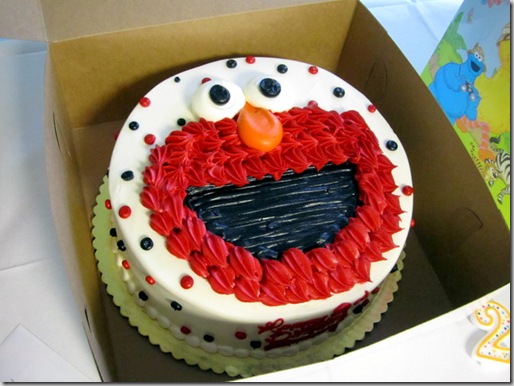 I thoroughly enjoyed my slice with some ice cream, and I’ll tell ya – had another one been put in front of me, I most likely would have eaten that too. 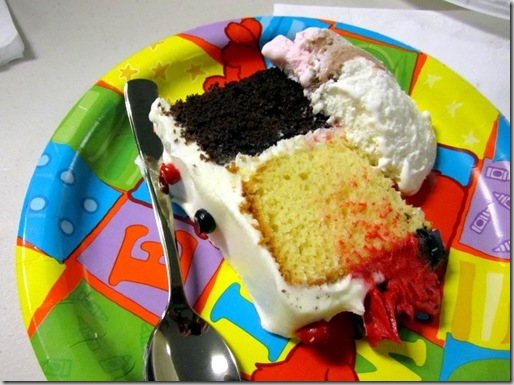 Thankfully it was not. But it was soooo good.

The weekend is quickly coming to a close, and I have got quite a busy (but fun) week ahead of me, so I think it’s about time to settle in and try to get myself organized.

Hope everyone had an amazing weekend!!

What was the most indulgent thing you ate/drank this weekend?

(aka, so I don’t feel so bad about all my weekend treats, haha)

« Suckers For Samples
Give Us The Full Class »