It’s always such a bummer to see a fun weekend go away, isn’t it?! 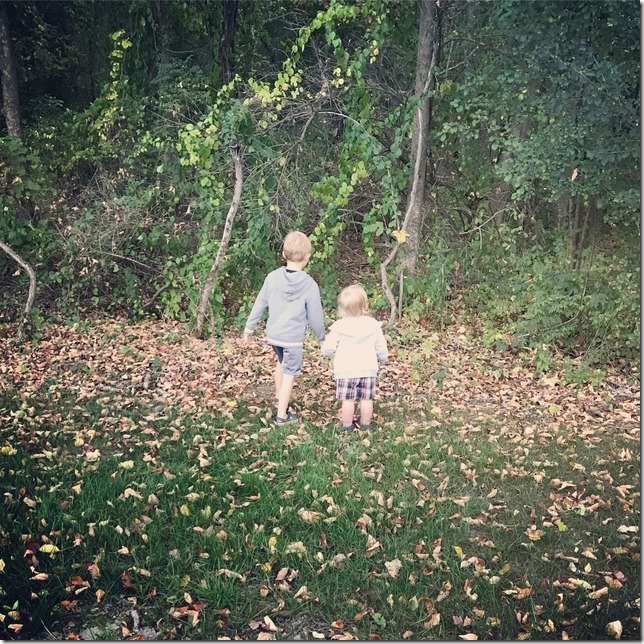 It’s finally starting to feel like fall around these parts (after hitting over 90 here last week!), and I’ve finally embraced it. While I may not have had my first PSL just yet, I’m ready for the boots, scarves, and everything else basic and typical.

Saturday was a pretty crummy day weather-wise, so the boys didn’t get much of a chance to get out of the house. But we had some fun at home and pretty much just laid low until later in the evening when my MIL came over to watch the boys so Jay and I could have an evening out!

Our first stop of the evening was at my brother’s house for a little party. 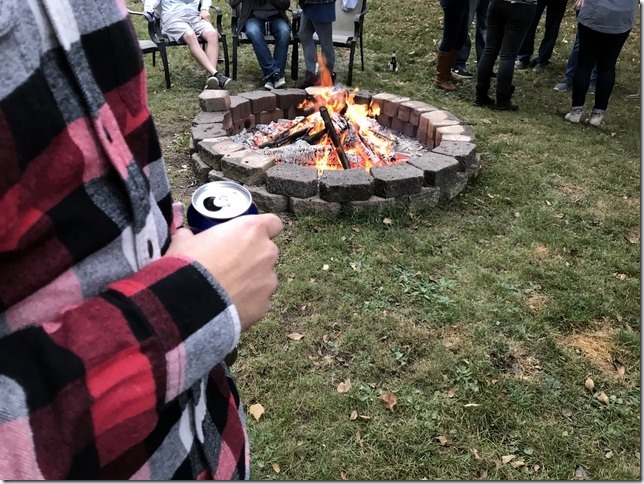 We didn’t stay too long (we were the OLD people of the group!), but just long enough to chat, say hi, and enjoy a delicious cup of this corn chowder that my brother made. SO good. 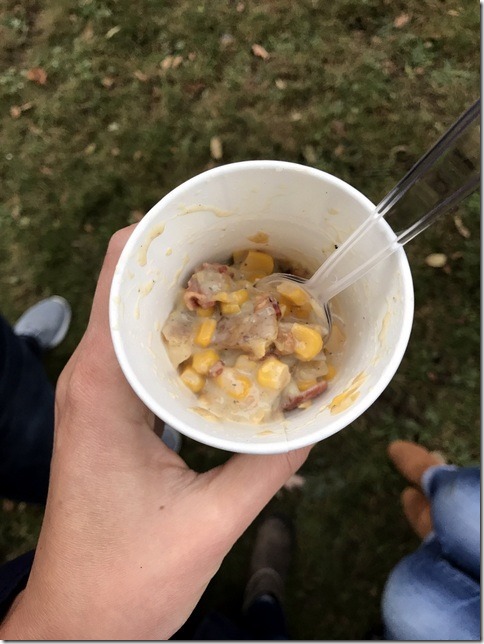 After leaving that party, Jay and I headed in to downtown Troy to stop for a drink at Footsy Magoo’s. We hadn’t been there in years (like, way before children!), and had sort of forgotten about it until quite a few people recommended it to me on Facebook. Definitely a good choice! 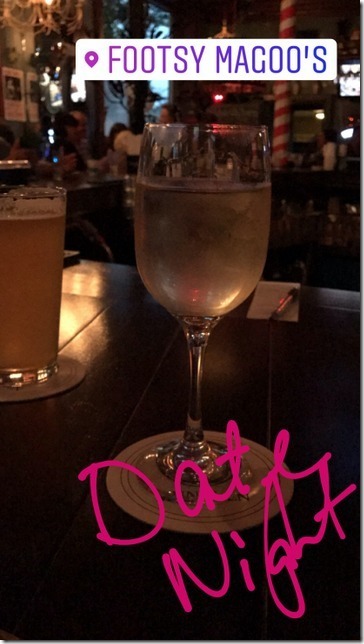 We ended up staying there for two drinks (chardonnay for me), and had a great time chatting away at the bar (our favorite) before realizing we were definitely both starving and could use some food. 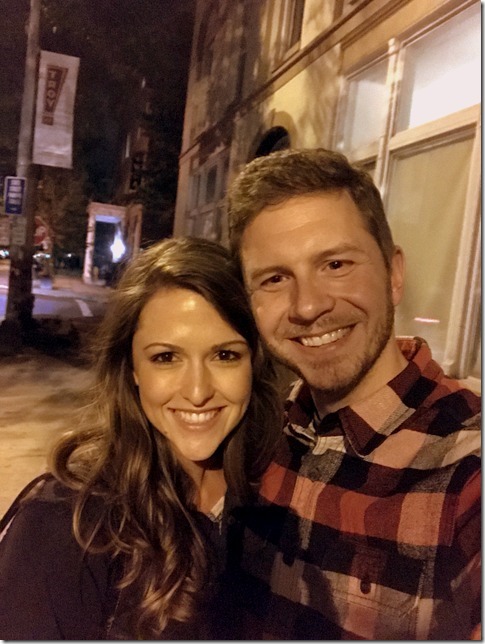 So we made our way over to another favorite, Brown’s, for a couple of delicious burgers and fries. So fancy, aren’t we? 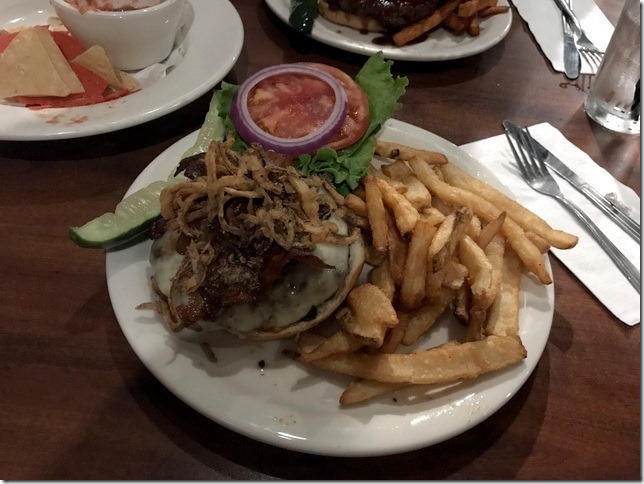 I had originally debated on recommending we go see a movie, too, but I knew it would likely be a waste of money at that point because I probably would have been passed out about 15 minutes in. #oldlady

Sunday was a much nicer day in the weather department, so we had plenty of time to play around outside at home. Then later after nap time, we ended up making a trip over to the playground with a couple of our neighbors and their little guy. 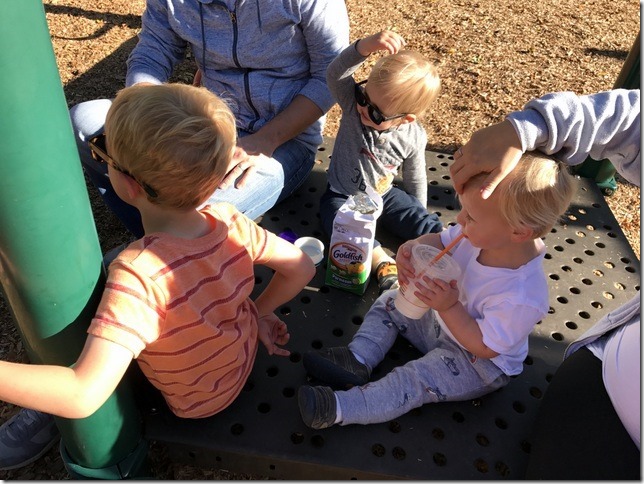 It’s always nice when you can get out and let the kiddos just run off all of that energy, isn’t it?? 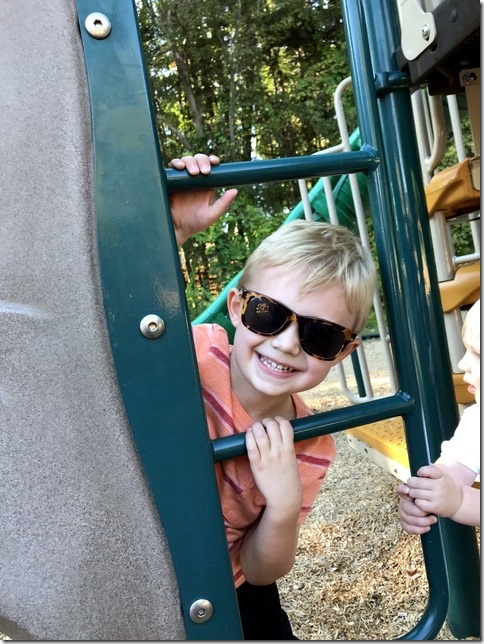 Or, in this kiddo’s case, just sit and eat snacks while occasionally walking off to go see what Lucas is doing. 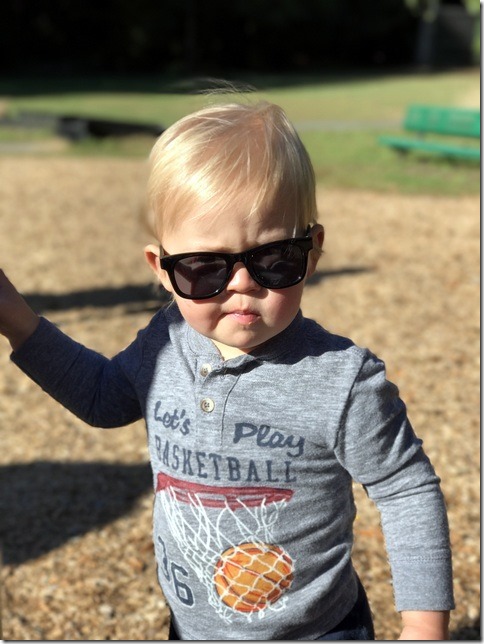 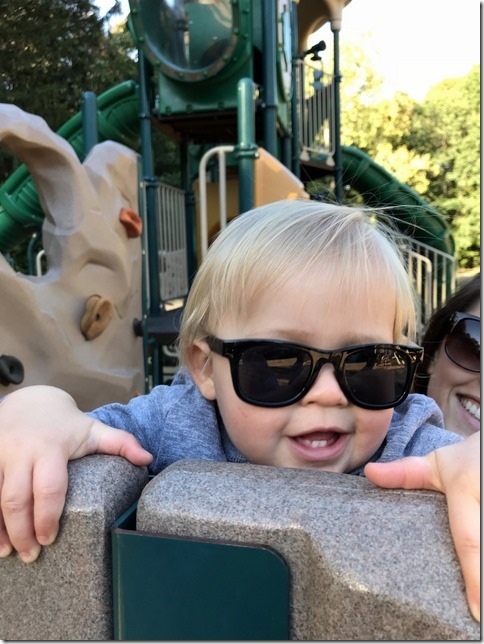 After some time at the playground, we made a quick stop over to my parents’ house right around the corner to say hello, AND, for Alex to get his first real haircut. 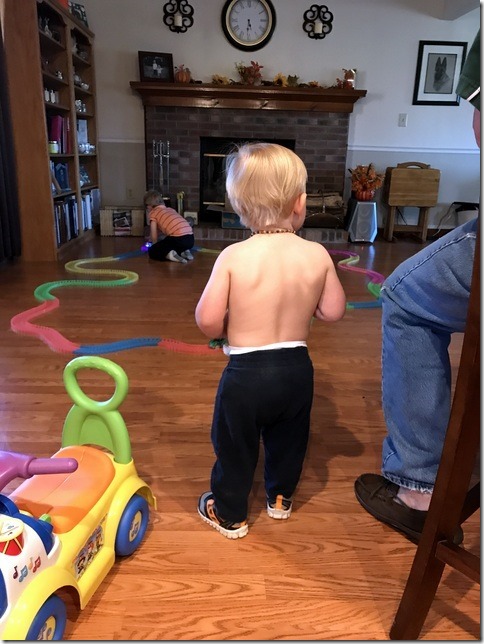 Gahhhh. I was SO sad to see those curls go (at least for now!) but it really was time because the poor kid had hair falling in his face all day long. 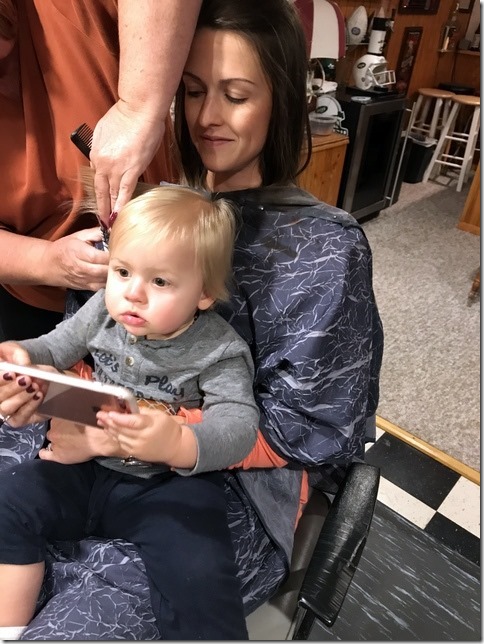 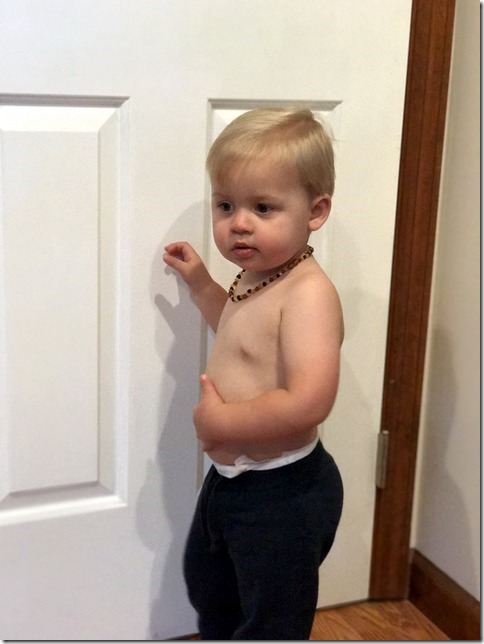 And those are pretty much the highlights of our weekend! Maybe next weekend we’ll make it out for some fun, fall-themed activities…but for this weekend, we kept things closer to home, which was fine by me.

How was YOUR weekend? Do anything fun, exciting, or fall-themed? Have any amazing food? ; )

« Our New DIY Wood Home Sign
Fun at the Farm »