Earlier today, I had to head over to the dreaded DMV to finally turn in my license plates from the ‘ol Chevy Cavalier. I’ve sort of been putting off the task since we sold the car last week, but I was beyond disbelief when I realized that I was in and out of there in less than five minutes. No joke. That never happens at the DMV, does it?!

I was more than excited to be home and walking through the door less than 20 minutes later, but I was not so excited to see what I walked in on… 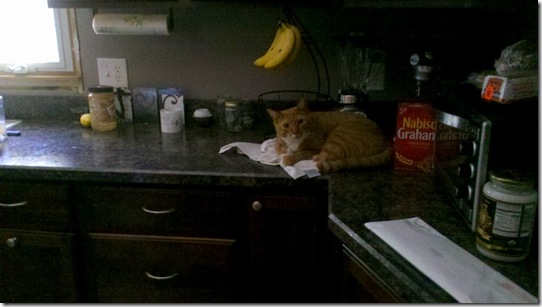 Cody and I have had issues with him jumping up on the counters before. But clearly, he has no concept of boundaries today. 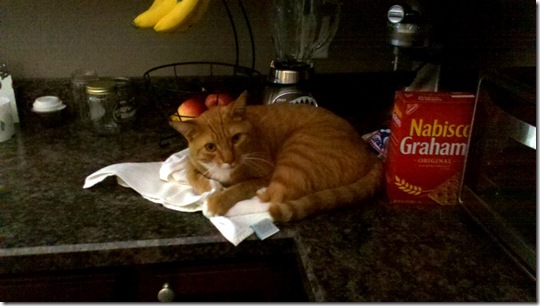 I immediately yelled at him laughed my face off and took pictures from my cell phone and reminded him again that counters are not for kitties. Sheesh.

My appetite is a little off for some reason today, so I decided to keep things light to start for lunch. 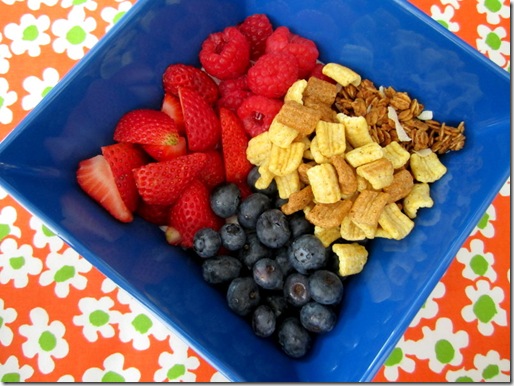 I mixed 1 cup of plain Chobani with 1/4 tsp raspberry extract, which may have been the best idea, ever. It was an awesome way to add a subtle hint of flavor without the added sugars. 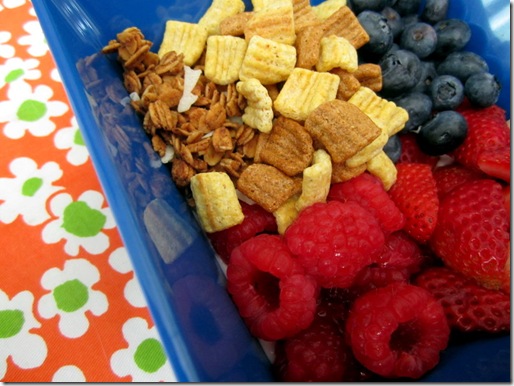 I then topped my “raspberry yogurt” with an abundance of berries, Fiber One 80 Calorie Honey Squares, and some Love Grown Foods granola. 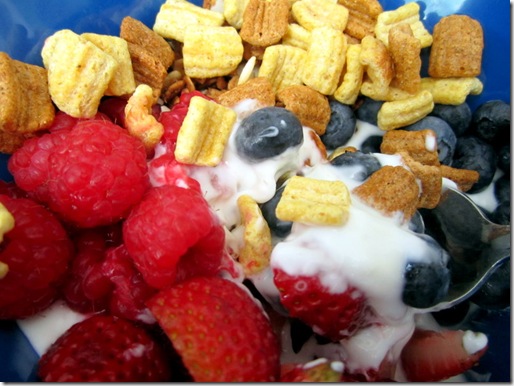 I also snacked on some leftover carrots & celery from last Friday’s pizza order. 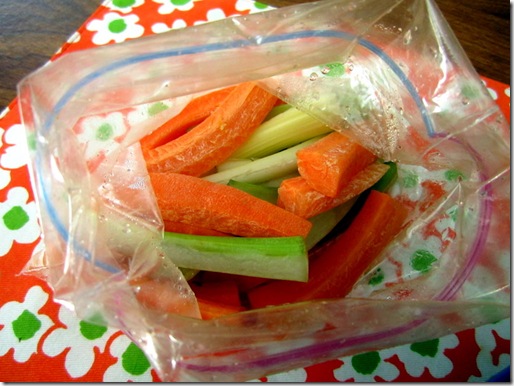 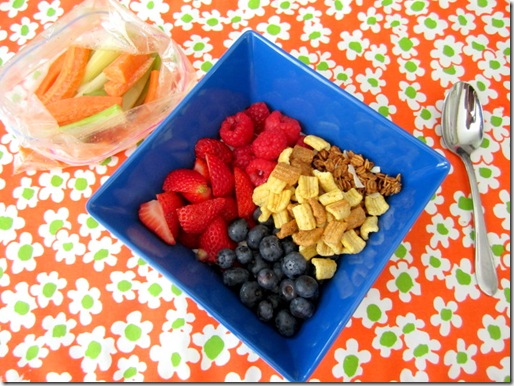 This has left me pretty satisfied for now, but I’m sure I’ll be in need of a snack a little later.

For now, time to go switch over some laundry and head out to the pool for a bit.

FYI: Today, I’m the “Featured User” over at Celebrations.com! While you’re there can see two of my favorite summertime appetizer recipes, too.

« Overrated Or Essential?
Time To Bite The Bullet »