Well yesterday was just a lovely little Saturday! Despite the fact that I was still dealing with a craptastic headache, I still managed to have fun with friends and eat lots of good food…starting off nice and early with a double brunch date. 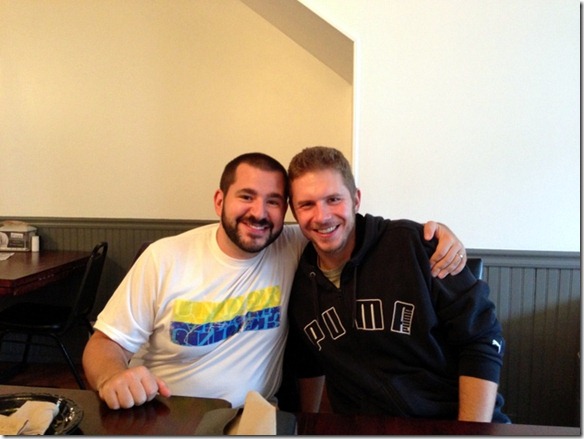 With Joey and Kate!!! 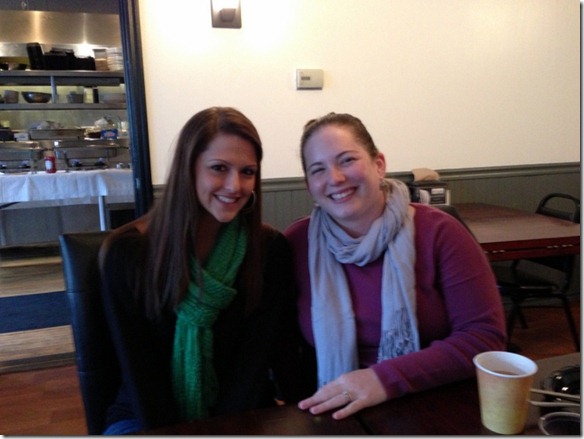 When we got together with these two last weekend, we had talked about meeting up to check out the “Hangover Brunch Buffet” at B-Rad’s Bistro (is that not a super clever name, or what?!). Jay and I first discovered the brunch menu when the two of us visited for lunch last month and had been waiting to go back ever since.

Thankfully, there was no hangover for me heading in to brunch, but let’s just say that I can’t speak for all of us. And we also had a pretty fun time trying to figure out what other patrons were hung over.

Let me first preface this by saying that I’m sort of a train wreck when it comes to buffets (remember the seafood buffet in OBX? Oh man…). My eyes are almost always bigger than my belly (as my mom would say) and I wind up with way too much food.

So to start, I made my first plate of food, made up of a couple pieces of muffin, a mini cinnamon roll, homefries, cinnamon-ricotta stuffed french toast(!), and fresh fruit. 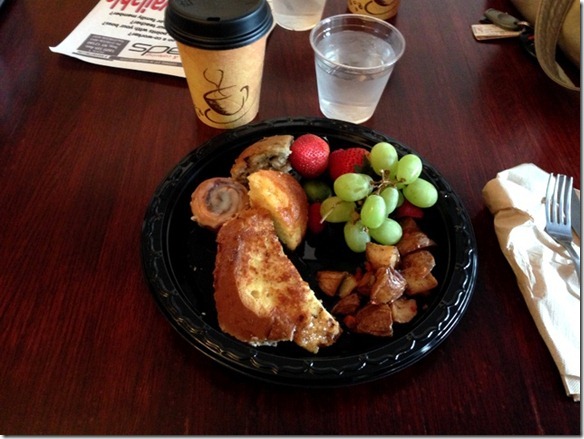 Speaking of the fresh fruit…did you guys know that there are mini kiwis among us? 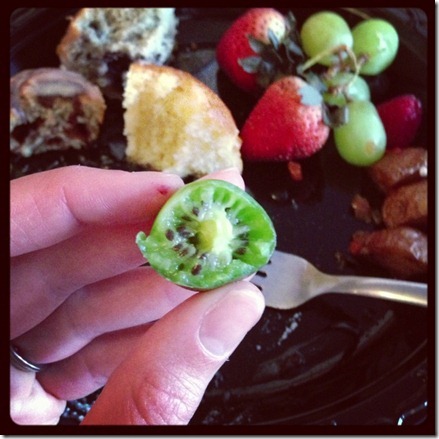 Brad (the owner) told me about them and they are the weirdest, coolest little things. No fuzzy skin on ‘em either – just pop ‘em in!

Another cool feature of the hangover brunch is that you can get eggs cooked to order. There are mini forms that you can fill out up at the buffet, you give it to the cook, and then they bring it out for you. Since I wanted to try a little of everything, I ordered one scrambled egg with tomatoes, onions, and roasted red peppers.

Now, you tell me if that looks like ONE egg?? 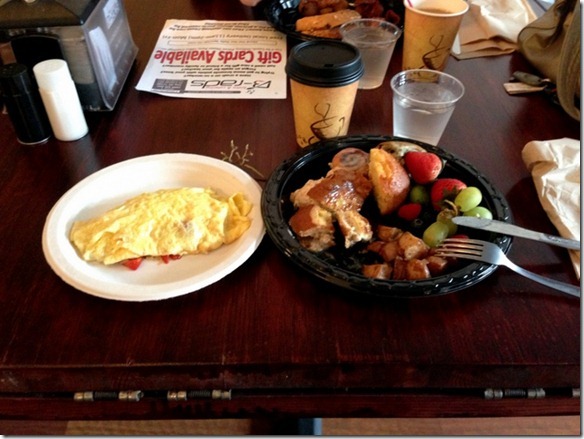 Left behind from the two plates were about half of the egg(s), most of the corn muffin, and a few home fries. I later went back for another pieces of the french toast because it just rocked my socks, and I also had a bite of some Eggs Benedict which were incredible.

The buffet also included a bunch of lunch items, but if I’m headed to a brunch, it’s breakfast all the way, baby. 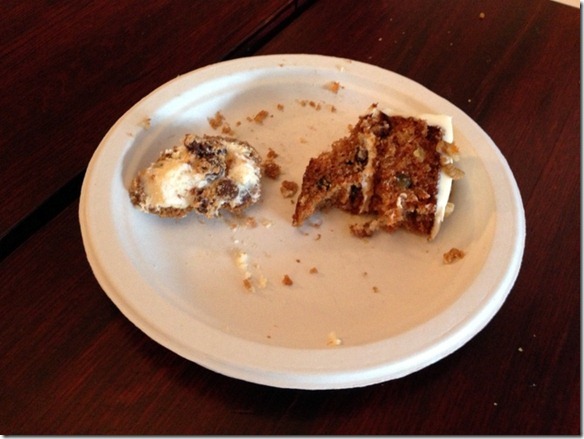 Most of us were pretty full, but I’m never one to turn down dessert, so I was in charge of going back for some goodies to share with the table. We all tried out a piece of S’mores Pie (words just cannot describe) and carrot cake. I was the proud winner of the rest of that S’mores pie.

Needless to say, the four of us left quite full and I didn’t even end up eating anything again until almost seven hours later. Crazy. Jay and I actually just grabbed something quick at home before heading up to Saratoga for a fun little surprise party…for Sarah! 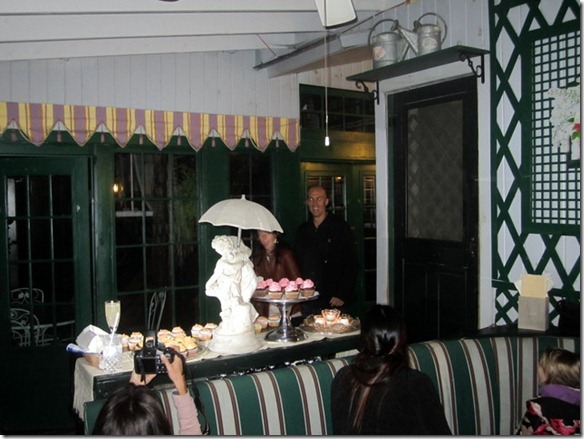 Sarah actually isn’t getting old turning 30 until the end of next month, but Jeff and some of her family decided to plan a surprise 30th birthday gathering for her early, I’m sure to throw her off a bit. 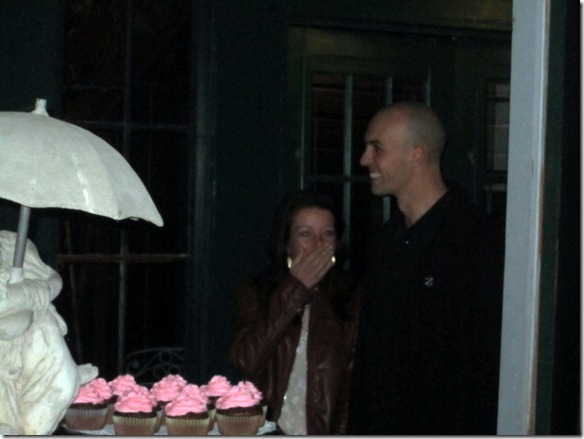 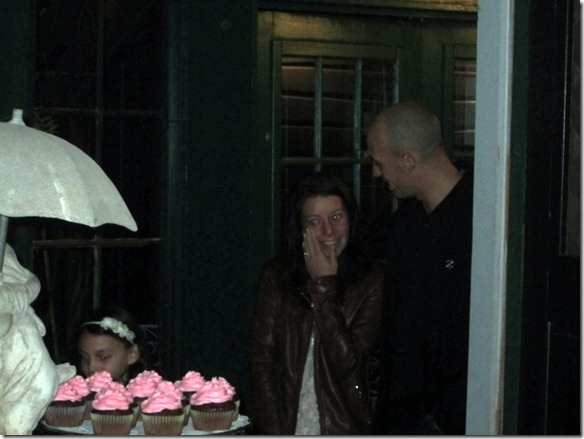 The party was at the Adelphi hotel in Saratoga, which is probably one of the most amazing, interesting hotels I’ve ever been in. Word on the street is that it’s haunted, so me and our friend Kanika managed to sneak away and scope out the scene a bit. Totally creepy…not even sure I’d be able to sleep there, which is saying a lot.  I love creepy, ghost-like, haunted places/stories/etc. But anyway…

Ohh, and those cupcakes I was making earlier this week? 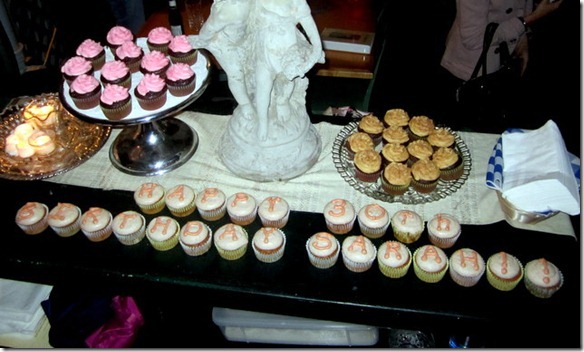 They were for this par-tay.

Definitely a great Saturday! Now it’s time to do a few things around the house before settling in for some Sunday football. ‘Tis the season!

Have you ever been thrown a surprise party? (<—Nope…ahemmm…)

Do you enjoy scary/haunted things or places? (I live for them!!)

Attending a brunch: Do you go for breakfast or lunch? (Breakfast, baby!)