Well hello, good morning, and happy Saturday to you all! Things are going quite well over here so far this morning but first, let’s back up a bit to last night.

Last night, Jay and I had NO plans, which was fantastic. I had been waiting all day to just get home from work, put on some cozies, eat, and relax…and that’s exactly what we did. Now, on a typical Friday night, it’s actually very rare that we cook. We usually order in or pick up something like Chipotle or Moe’s to bring home, since we’re both too lazy by Friday evening to put forth much effort in the kitchen…but it was a different yesterday! 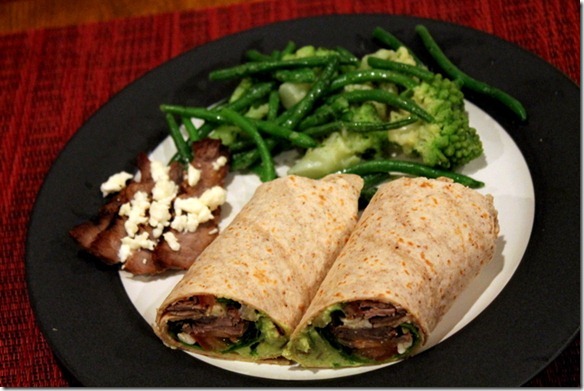 We’re still trying to work through our Omaha Steaks order from December, so a few days ago we ended up taking a couple of steaks out of the freezer to thaw and cook up. Rather than just eat them plain though, I thought it’d be fun to incorporate them into some wraps instead.

So once the steaks were cooked and sliced, we added some feta cheese, spinach, tomato slices, and fresh homemade guacamole. They turned out soooooo good. 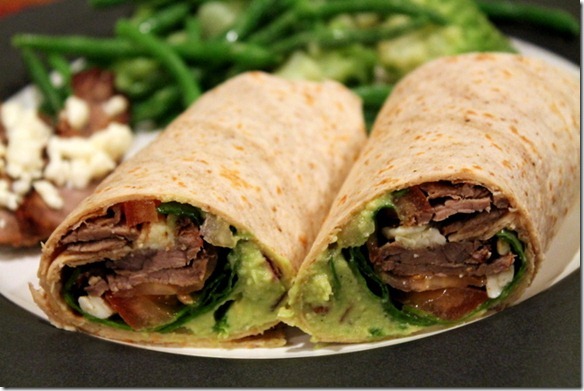 On the side we had some frozen veggies from TJ’s that were actually pretty good, too.

After dinner, the three of us hung out for a bit…and some of us were a bit more lazy than others. 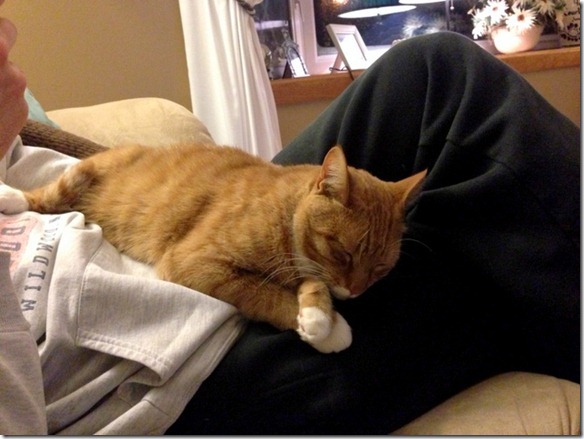 Our little guy was ALL over us last night.

He was totally diggin’ my belly…I think he knows somebody’s in there.

We also rented Perfect Pitch from Redbox, which I’ve been waiting to see for months now. Jay and I actually really love a capella singing, so the movie was definitely a hit for both of us. 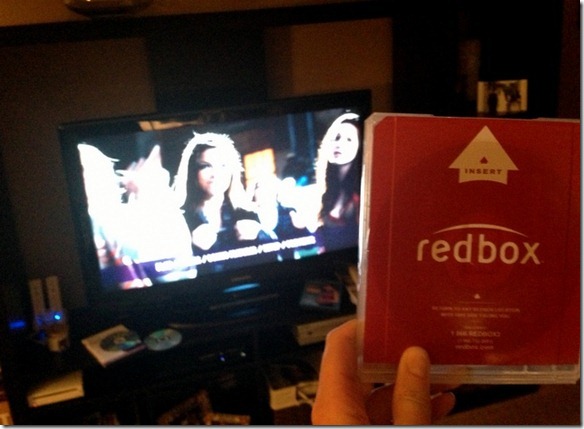 There was also a piece of leftover birthday cake enjoyed during the movie, too.

This morning, I decided to get up and get my workout done right away, rather than lounge around for hours on end like I’ve been doing the past few Saturdays. Don’t get me wrong, I love being lazy…I just have plans to be ready for later today!

Today’s workout included 30 minutes of walking intervals with a few inclines thrown in, followed by a slightly varied version of this full body circuit workout. The workout felt great, and by the time I was finished, it was definitely time to make some breakfast. 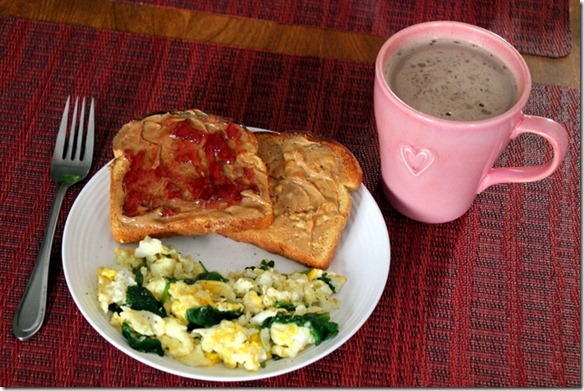 Since today’s workout went a bit longer than they have been lately, I made sure to refuel properly with plenty of protein and healthy fats. That included a scrambled egg + egg white with spinach, plus two pieces of toast with peanut butter and almond butter + jelly. 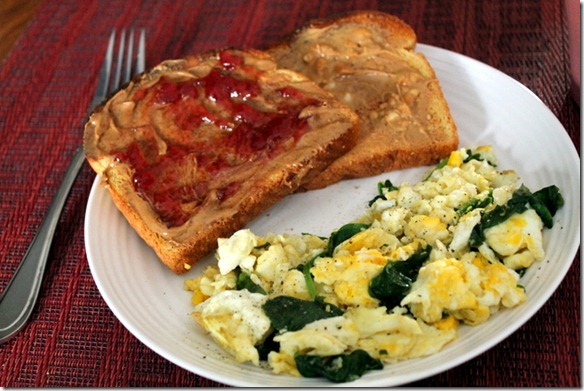 Later this afternoon, I’m heading out for the evening/night to celebrate the future bride-to-be…it’s bachelorette party time for Mal! Which also means I get to spend the evening with most of these fabulous ladies. So excited!! 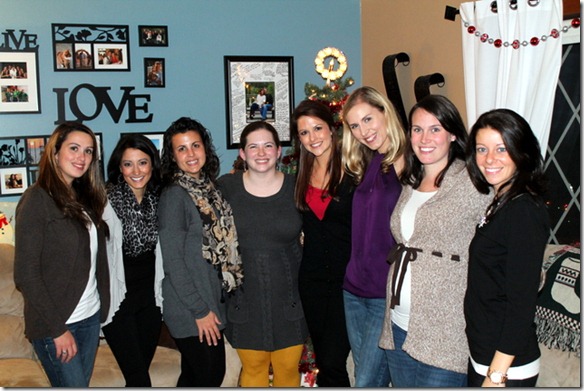 I’m pretty sure we have a fun night planned that she’s sure to love, but I’m thinking that it’ll definitely be pretty interesting being the only sober one at the party.

Hey, I guess maybe I’ll have to see if I can find some fun, virgin drinks to enjoy while I’m out.