You know, I think this has got to be the first Sunday in a long time where I’ve actually taken the time to make myself a full lunch and dinner.

Typically on Sundays, we’re either running around, or our usual eating schedules are thrown off, or we’re hanging out with friends and snacking all day long on things like garbage bread and ugly but tasty cheese. Not today though, my friends!

I had a few things to take care of this morning, so by the time I got home a little after 1:00pm, I was famished. I’m not going to lie. I was *this close* to diving head first into a box of cereal for some immediate satisfaction. BUT, I thought better of it (darn you, Jim!) and took the time to make myself a big ‘ol salad, made with lots of veggies, a Dr. Praeger’s veggie burger, and some hummus as a dressing. 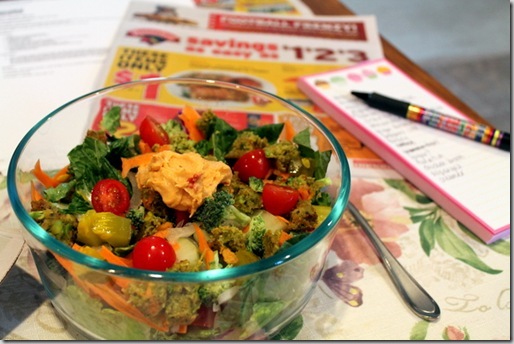 I actually enjoyed my salad while browsing through the Sunday paper, clipping coupons, and making our grocery list for the week. 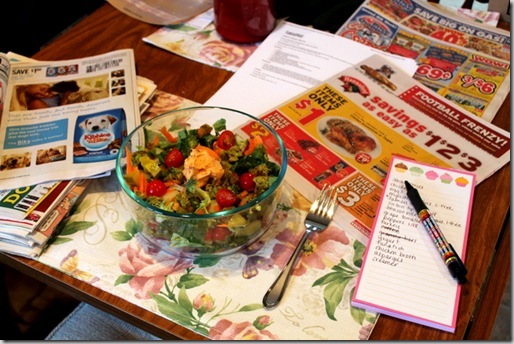 I also printed out a couple of recipes over the weekend that I want to try soon (one of which actually happened VERY soon!). 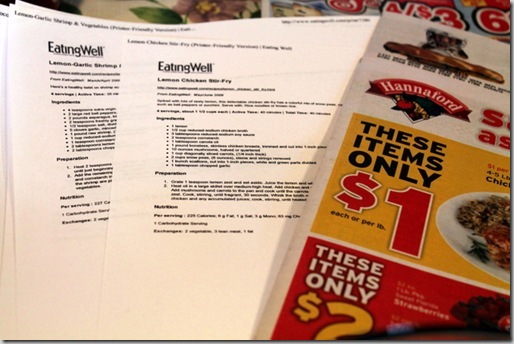 After lunch, I was still in the mood for something else, so I broke into my stash of goodies that Love Grown Foods sent me and dug out the kettle corn. This particular brand of Oogie’s Kettle Corn is probably one of the best pre-packaged ones that I’ve ever tried. No joke. 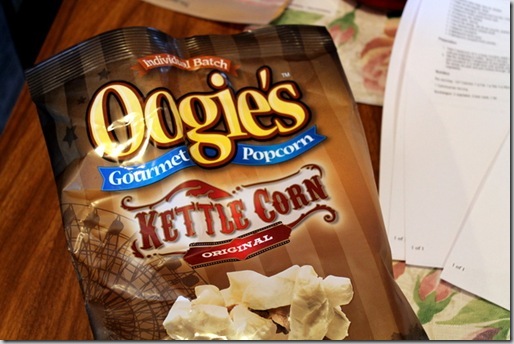 So good, in fact, that I made sure to measure out my portion so I didn’t wind up going balls-to-the-walls on that bag. 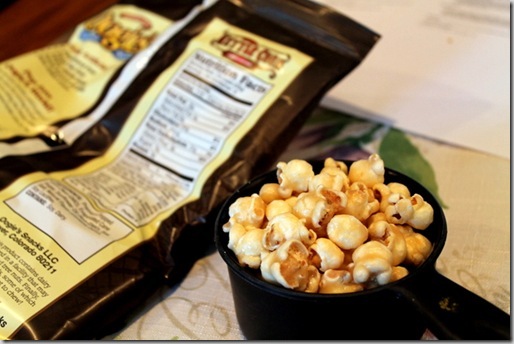 After lunch, I took care of the grocery shopping, which got me everything I needed to make tonight’s brand-spankin’ new dinner.

Oh baby, was this meal delish! 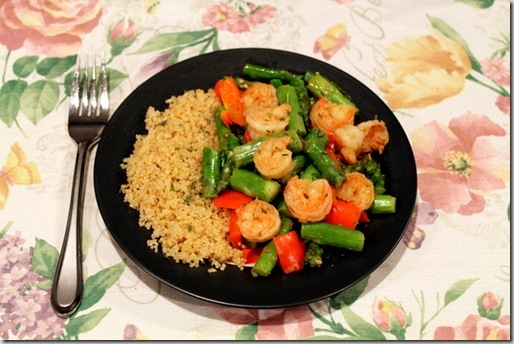 Tonight I cooked up a recipe that I found on EatingWell.com (<—awesome site, by the way!) for Lemon-Garlic Shrimp and Vegetables. I halved the recipe, but kept everything as it called for, serving it with some quinoa on the side. Believe it or not, this was actually my first attempt at cooking with fresh asparagus! 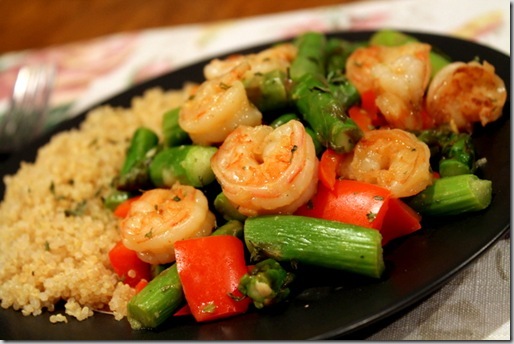 Usually when it comes to dinners, Jay and I tend to gravitate more towards chicken, as well as things that are flavored/seasoned with something balsamic, tomatoes, or basil. 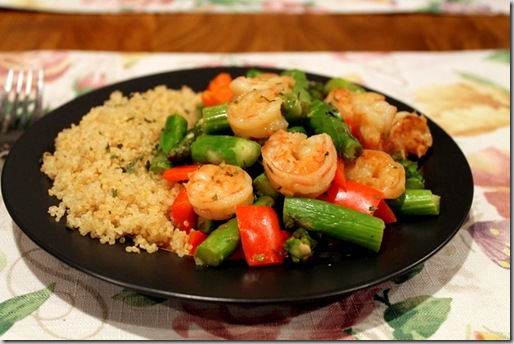 Tonight’s meal was definitely not our usual style, but it was quite refreshing and we both loved it. I think I may just have to incorporate lemon into my meals more often? Yum!

Nothing major planned for the rest of the evening except probably catching up on some magazines and just relaxing. Just what I was hoping for.

Do you tend to gravitate toward any particular meat and/or seasonings and flavors when you cook?

« Sake Madness
The Only Logical Thing »