Well my Saturday certainly hasn’t started off as I planned…both hubby and I are sick with a stomach bug. :oops: 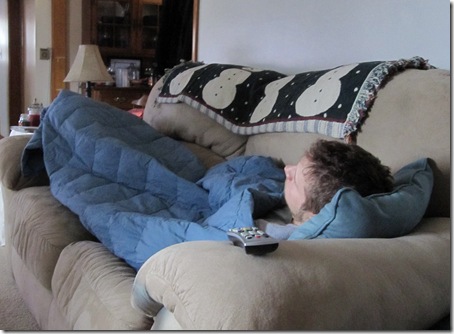 I hadn’t really felt 100% yesterday, but just kind of attributed it to extra food consumption from the past couple days. Apparently that wasn’t the case. Whatever it is that we have, it had us both up half the night. Yuck! Thankfully, my mom dropped off some ginger ale, so we’re now sipping on that.

Seriously, what is it about ginger ale when you’re sick? It tastes absolutely incredible right now. 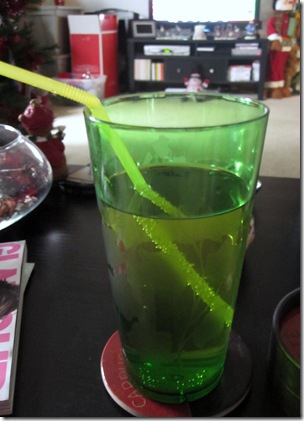 Hopefully I’ll be able to muster up some energy to make something to eat soon. Toast is always a good option, so we’ll see.

Cody also isn’t a fan of our “bug” because he’s not getting the attention he wants…so he continues to attack the tree while neither of us have the energy to stop him. I’ll tell ya…he’s no dummy! ;) 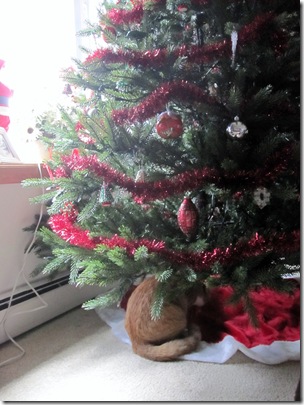 I actually had a dinner date with my girls planned for tonight, but unfortunately that’s not happenin’. Luckily, they’re fantastic enough to reschedule for another time when I’m feeling better. Thanks girls!

For now, it’s time to lay back down on the couch, watch some TV, and sip on my ginger ale. Hopefully you’re all having a better Saturday than I am! haha ;)

Do you have certain things that you crave when you’re sick? Foods? Drinks? Movies?