Well, my goodness, I certainly did not mean to take such a long hiatus from the blog — Happy 2017 to all of you!!

I hope all of you have been able to kick off the new year having fun, being productive, or whatever else you’ve “resolved” to do this year. I have a mental list of a gazillion things I’d love to do, but I know better and realize I probably just need to narrow that down to a solid two or three. Maybe I’ll even blog about it one of these days!

I wish I could say that my short hiatus from the blog was because we were out having a grand old time, enjoying the end of 2016, but sadly, we were stuck in the house for a good, solid week. Just as Lucas started getting a little better with his cold, Alex caught it. And that poor babe was in some rough shape for a few days…and then I caught it. 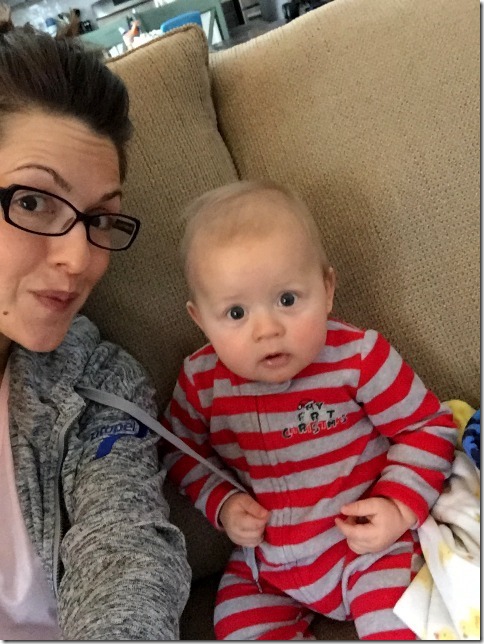 Whatever “thing” this is going around right now is no fun, but it seems like all of us are slowly coming out of the clear and I’m on my way to no longer sounding like a chain smoker. Whew!

Even though we were stuck at home with sick and crabby kiddos, it wasn’t ALL bad. Jay was such a huge help around the house, since I pretty much had Alex attached to me for the majority of the day, for a few good days. He made some incredible bacon, egg, and cheese sandwiches on bagels one morning. 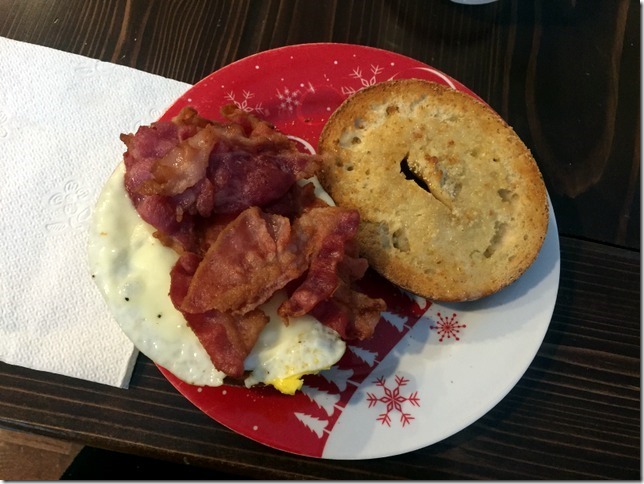 He’s really such a great dad. At the risk of sounding sappy, I really am so freakin’ lucky with this one. : ) 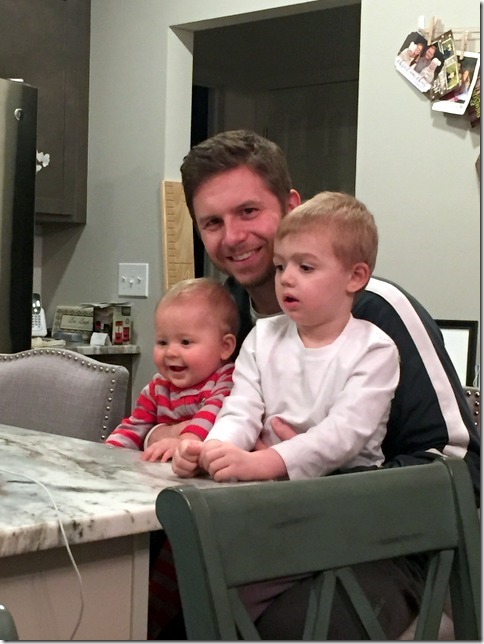 I actually managed to finally get some baby food made up last week, too. So far I’ve got butternut squash, peas, carrots, and sweet potatoes…SO easy, and definitely saves money! 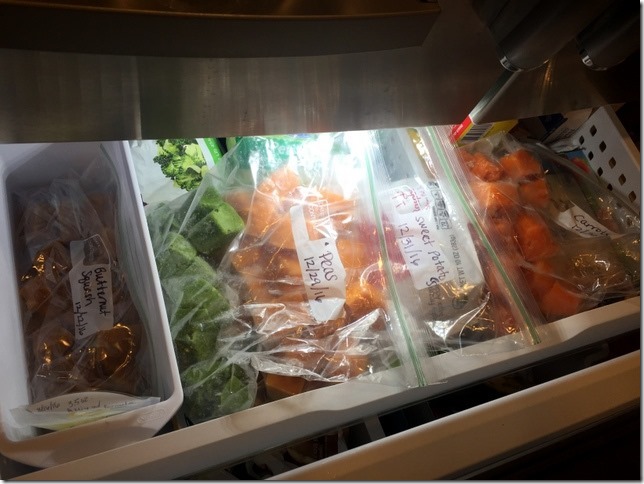 (How do I make them? I just buy it fresh or frozen, puree it, divide it out in ice cube trays, then once they’re frozen, I store them in gallon freezer bags that are labeled!)

Sadly, which you may or may not see there, I also wound up using my last bag of milk from my freezer “stash” (I put that in quotes because I’ve never been able to produce a ton of breastmilk to allow me to stockpile a large stash). I was a little bummed about it at first, but Alex is with me more days than he’s not, so if he winds up needing a few extra bottles of formula on the days he’s at daycare then I’m totally cool with it. It is what it is!

Let’s see, what else? 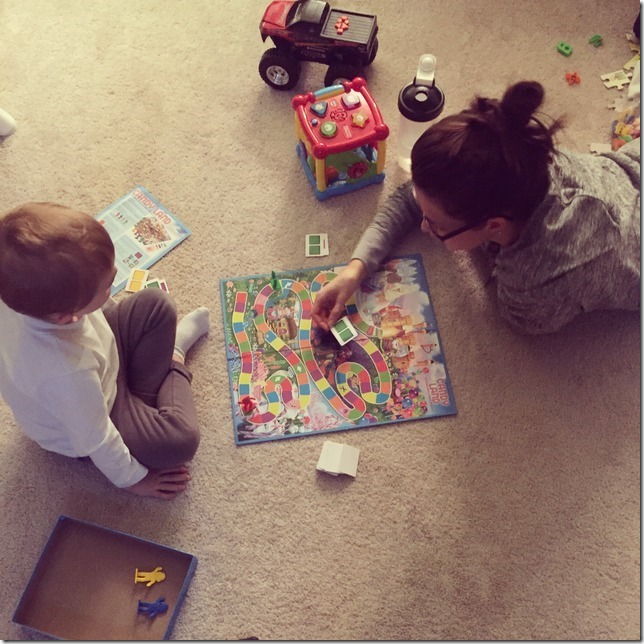 Who would have thought? The boy who wanted only “cars, trucks, and monster trucks” for Christmas, and his favorite thing is Candy Land. Thanks for that one, mom and dad!

And another thing that has come and gone since we last chatted? Our 7 year wedding anniversary…which blows my mind. 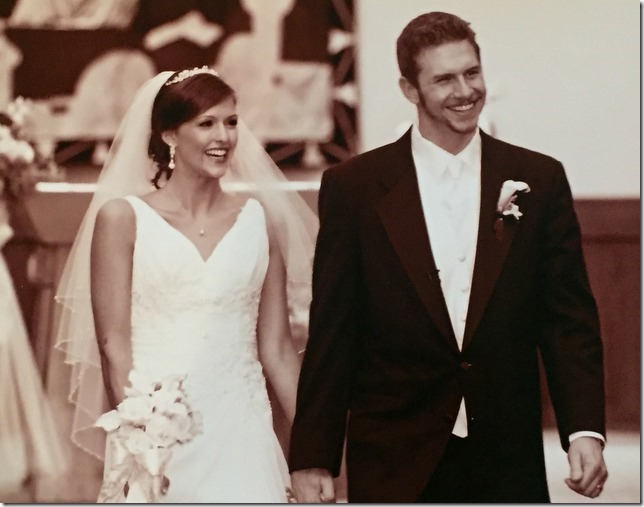 We were hoping to have had the chance to get out and celebrate with dinner or something (although we would have LOVED to celebrate the way we did last year!), but it just wasn’t in the cards with the kiddos getting sick. Actually, I think the closest we got to “celebrating” was watching some of our wedding highlight videos from this blog post!

If I’m being totally honest (which you guys know I like to do), I had gotten to the point where I was pretty miserable by Monday. Jay and I both had off of work, so we were home with the kids; and after a week’s worth of sickness, my own sickness, being stuck in the house, crabbiness from everyone, a list of to-do items that had gone untouched, and disappointment about not being able to get out and celebrate our anniversary, I was just a major grump.

Don’t get me wrong…there is nobody else I would want taking care of my babies when they’re sick. I’m their mama and it’s my job. This is parenthood and crap happens! But, whew, cabin fever was hitting hard and I just felt like I needed some time OUT of the house.

So yesterday morning, we started our normal routine back up. The kiddos are almost back to themselves (hallelujah!). I’m getting there, too. Alex went off to daycare… 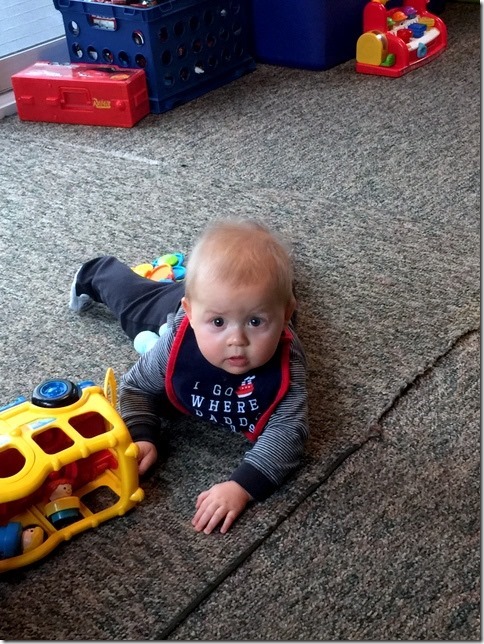 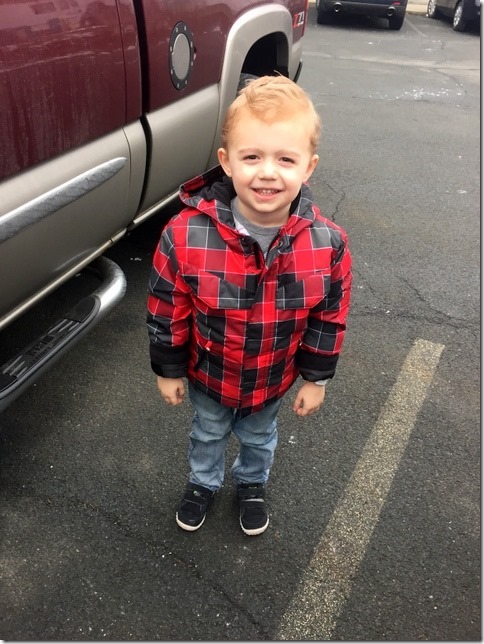 And by the time I got into work, all I wanted to do was go pick them both up and snuggle them to pieces because I missed them.

I guess there’s motherhood for you, right?!

So there’s a little recap of what’s been going on over HERE lately! I’m hoping to start getting into a routine again soon so I can check back in regularly, and I’m still trying to determine just how and where the blog is going for the year ahead. I’m hoping to incorporate some more recipes again soon, but if there’s anything else you know you’d like to see more of this year, please, let me know! Feel free to comment below or email me (sweettoothcourtney at gmail dot com) – I always love your feedback! : )

Have a GREAT day, my friends!