Good news…I didn’t stumble all over my words and sound like too much of a bumbling weirdo this morning. Score! 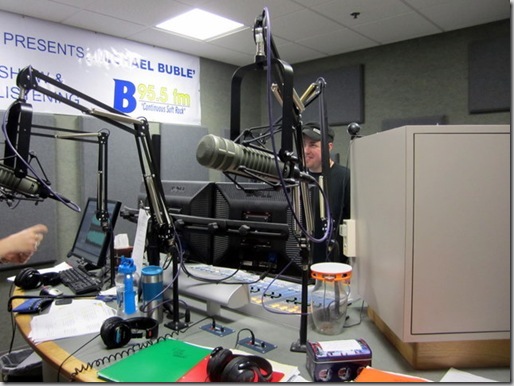 Even though we were only there for a short little while, we had SUCH a good time this morning. Myself and another trainer (who is training Darren, seen above) visited the B95.5 Breakfast Club this morning to talk a little bit about health, fitness, nutrition, and the fitness challenge that both Laura and Darren are in (they’re both competing against each other for their favorite charities).

All four of us had a few good laughs on air for our segment, even more good laughs OFF the air, and still stuck around for a little while after the segment was over just to hang out.

It was really fun to see all the “behind the scenes” stuff that takes place, and I’m not gonna lie…I felt pretty bad a$$ with my snazzy big headphones and microphone. 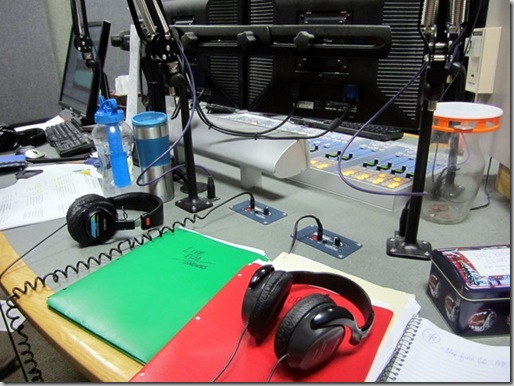 As a side note…funny story. Do you guys remember back in October when I made my Judging Debut? Well Laura was actually another one of the “celebrity” judges, and I had first briefly met her back then. Small world, right?!

So before I left the house this morning to head to the radio station, I made sure to give myself plenty of time for a good breakfast. Turns out, it was a good thing I did, because that was one of the questions that we were both asked while on air! 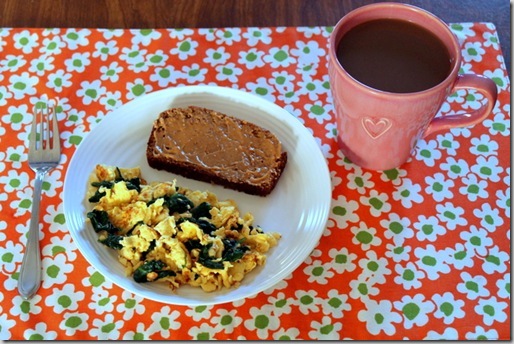 Today I had some scrambled eggs mixed with fresh spinach and a wedge of The Laughing Cow Light Swiss Cheese. 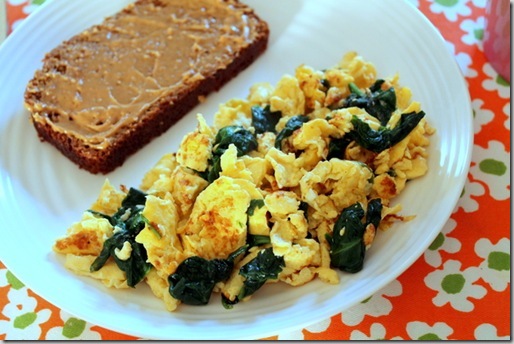 And, of course, since you know there’s pumpkin bread in the house right now, I most definitely had to incorporate a slice of that topped with some peanut butter (plus another sliver while my eggs were cooking). 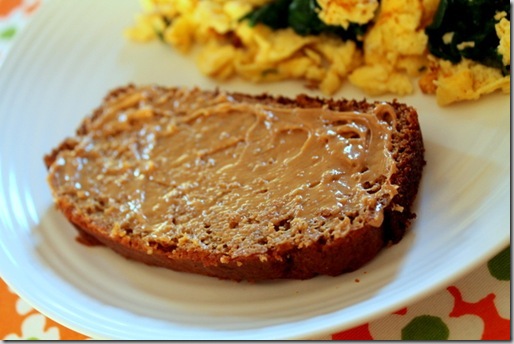 Mid-morning, once I got home from my radio debut (haha), I changed quickly into my workout clothes and got in today’s Bootcamp workout. Today called for the same type of cardio as Tuesday did, so I did that same treadmill workout, minus 10 minutes. I was losing steam (and interest) toward the end, so I decided to just cut things a little short. No biggie. I’m excited to get back to some more weights tomorrow; seriously, I can’t get enough of ‘em!

Post-workout and shower, it was time for some lunch, and let.me.tell.you…this salad was top notch. Lots of veggies, some tuna for protein, and a little sweetness with some dried cranberries. YUM! 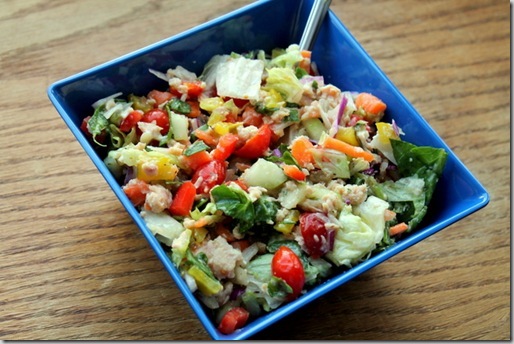 I think some of my most favorite salads are the ones that I prepare as a “chopped” salad, which I originally got the idea for from my first visit to Salad Creations; I simply toss all of the ingredients into a big bowl and then go to town on it with a pizza cutter. 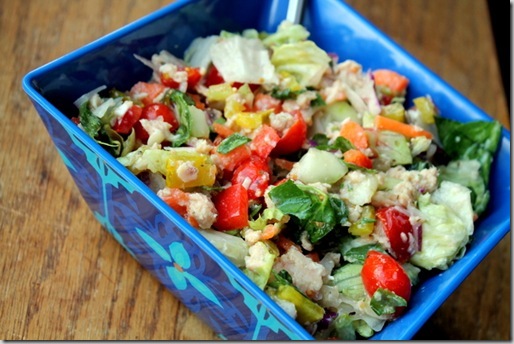 It chops up everything nice and small and gets it all nicely incorporated so you get a little bit of everything in each bite.

Despite this salad feeling like a never-ending bowl, I’m still thinking that another piece of pumpkin bread is in order.

Yep, that’s enough thinking. Going to get that right NOW!

Have you ever been on the radio or TV for anything before? Would you want to or would you be too nervous?

« A Fun Fact, a Coupon, and a Giveaway
Fun News From Last Night »