Happy Monday! Time to get back to the grind after what turned out to be a pretty great and low-key weekend. Just catching up? Here’s what you may have missed…

My guest post on Une-Vie-Saine (lots of cupcake action goin’ on there!)

So here’s a fun fact for ya…I was on the radio this morning! Ok, let me explain…

On my way home from the gym, I was listening to one of our local radio stations, Fly Morning Rush, and happened to catch a segment they were doing called “Fly Factor” where they’re trying to choose a new night host.

Well, one of the contestants happens to be a guy that I’ve known since kindergarten, and after listening to him, I somehow felt compelled to call into the show- not to be on the air, but just to share my two cents and let Dave know he has my vote.

Well, it turns out that part of my conversation with Brian (the radio DJ) was played on the air right after, and do you want to know what I talked about…?

I talked about friggin’ boogers.

Brian asked me whether or not I had any memories of Dave, and I said how I remembered back when we were in kindergarten and during naptime, him and his friend would sit on their blankets and pick their noses. Thankfully, Dave is such a cool guy and totally took the mini segment in stride…but honestly, boogers? Sheesh. Anyways, if you’re reading Dave…GOOD LUCK!

So now, post-workout (which was a BodyCombat class + 15 minutes of abs) and post-radio embarrassment, it was time to dig into some breakfast. 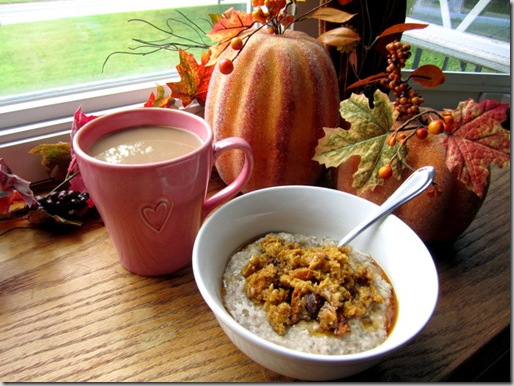 And a festive one, at that. 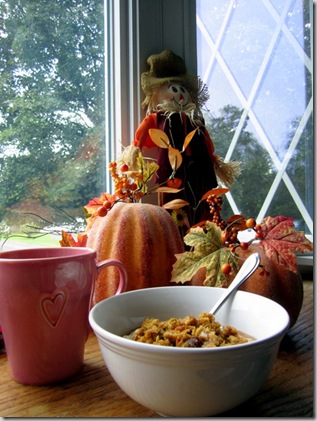 I was having wicked cravings for some of yesterday’s banana raisin pumpkin bread, but I knew that just scarfing down a couple of slices wouldn’t be nearly satisfying enough after a workout. SO, I got my fix by slicing off one piece and crumbling it on top of a buckwheat bowl. 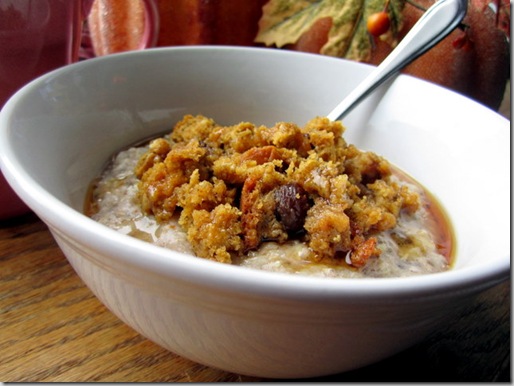 I also added a little drizzle of light maple syrup, which made for an absolutely incredible breakfast. 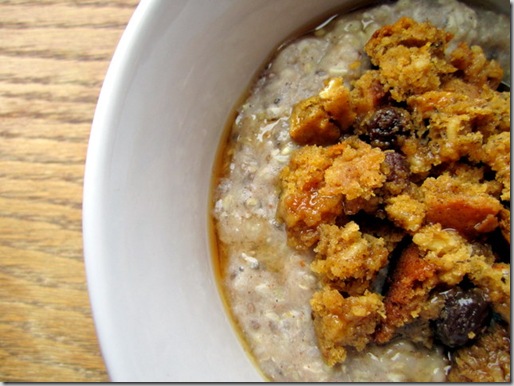 Along with some nice, warm coffee. 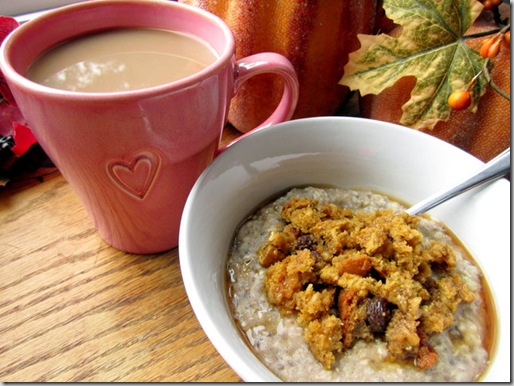 Have you ever been on the radio or TV?

Do you ever call in for radio contests?

What was the last embarrassing moment that you had?