You guys are great. Seriously.

I just knew you’d be able to figure out the Twitter name I was pulling for! 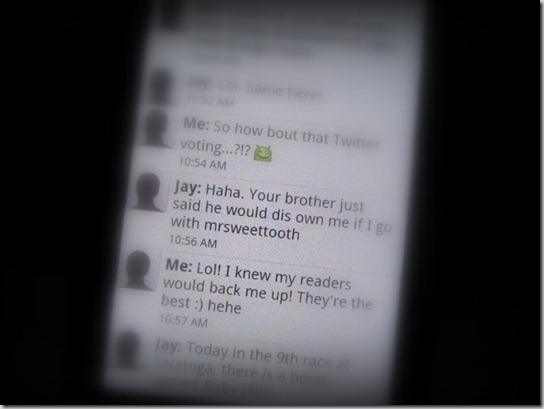 You’ve all helped blow the twitter handle @TheMrSweetTooth right out of the water which, of course, was my choice. I don’t know if Jay was just feeling lucky last night or what, but he’s now getting some “cold feet” about the overwhelming winning vote. Obviously, I’m not going to make him choose it if he doesn’t want to, buuuut it would be pretty fun, wouldn’t it?

Either way, I’ll be sure to let ya know what he does pick when it happens…that way, if he decides to wimp out you’ll all be able to badger chat with him.

So this morning, I made myself a quick breakfast before having to head out the door. 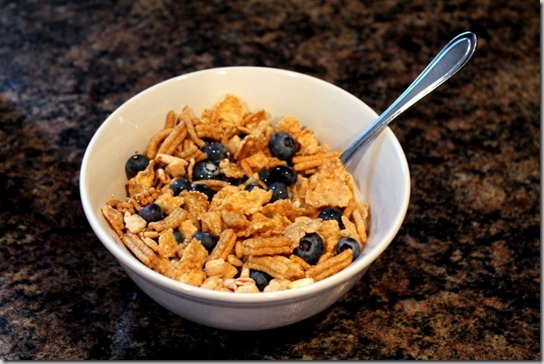 Another cereal combo was calling my name, which is always a quick and easy option. On the side, I made a horrific attempt at adding some hot cocoa mix to my iced coffee, hence the reason it looks so awful. 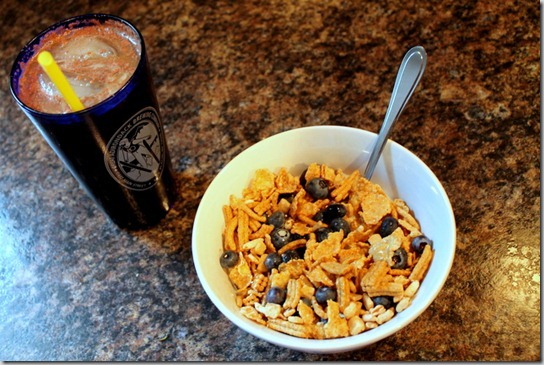 I assumed that pouring the hot coffee over the hot cocoa mix would make it dissolve easily enough, but the ice cooled it off too quick. Definitely wasn’t the best morning joe I’ve ever had.

So why did I have to be out and about early this morning? It was massage day, baby! 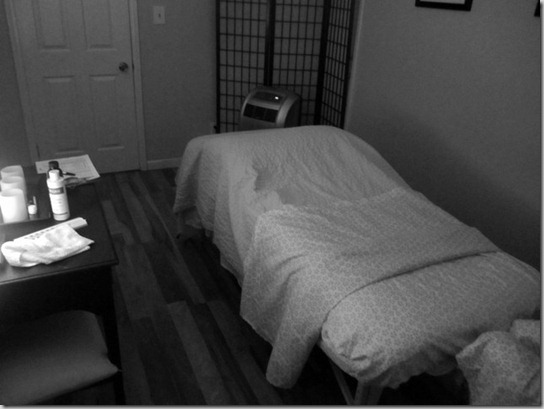 Remember last month when I was all psyched about my appointment, only to find out I went on the wrong day? Well today was finally the day and WOW, was it needed. My neck and shoulders are an utter mess. The masseuse spent almost the entire time on my upper back, neck and shoulders, and it felt glorious…so much so that I made another appointment for next month. She was great!

Once I got home, I spent about 45 minutes while multitasking on the treadmill – walking + reading is where it’s at. 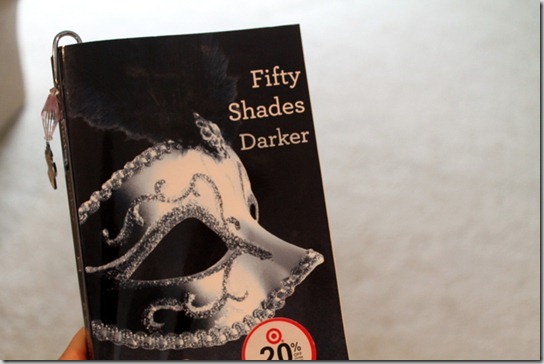 And check it out…I’m on to book two. I finished up book one yesterday and jumped right into book two. Oh man, I love it. I am, however, totally over the extreme overuse of “murmer” every other paragraph. I mean, really? There’s a thesaurus for that.

Obviously though, it’s not bothering me enough to keep me from reading.

A little while later, it was lunch tiiiiime. 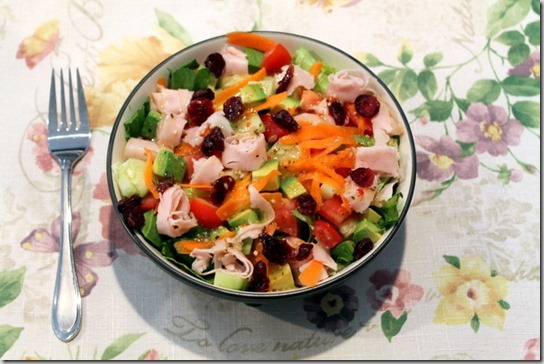 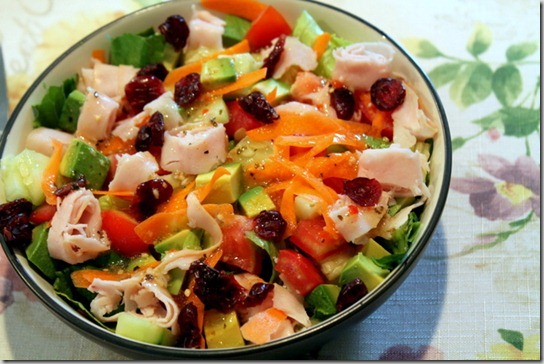 Now, it’s time to do some laundry and catch up on some more of that darn book other work that’s waiting for me.

Anyone have any good plans for the weekend? Who’s doin’ the Friday Dance with me??