I was going to go ahead and make today’s post the usual Fun Facts Friday post, but I really didn’t have all that much I could come up with. So instead, I’ll share our Wednesday evening!

Sooo, we attempted our first legit public outing (not just a quick run to the store) on Wednesday night as a family of four…and we survived! 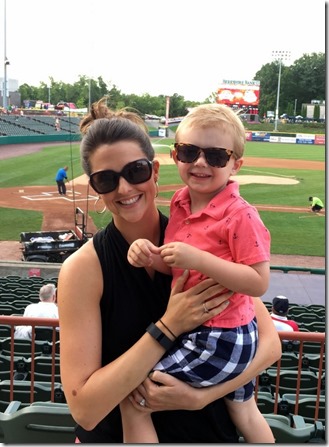 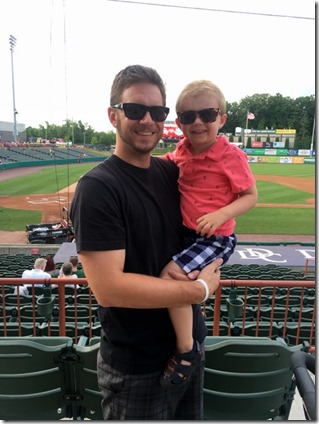 My company has an outing every year with the Valley Cats baseball team (we’ve gone child-free before and with friends!), so I decided it would be a good opportunity to possibly see some co-workers and get out of the house for a while with the littles. 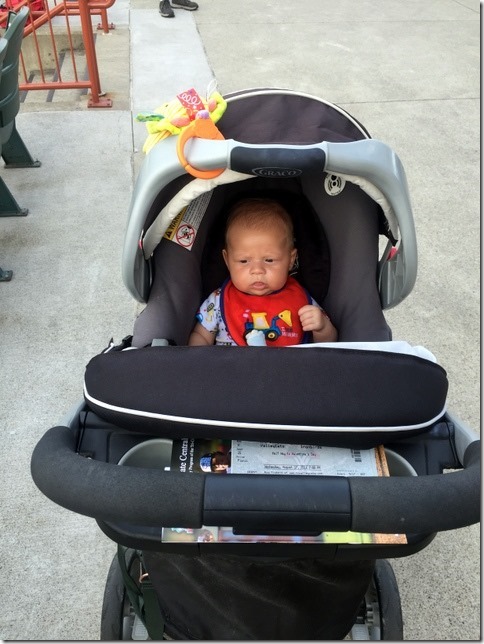 Before the game started, they had a picnic for everyone in the pavilion which included some of your typical picnic food. 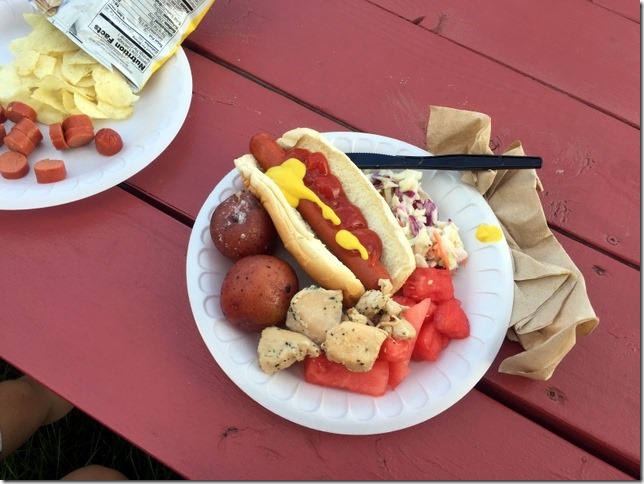 So we grabbed some goodies and set up shop at the last open picnic table before the game started. 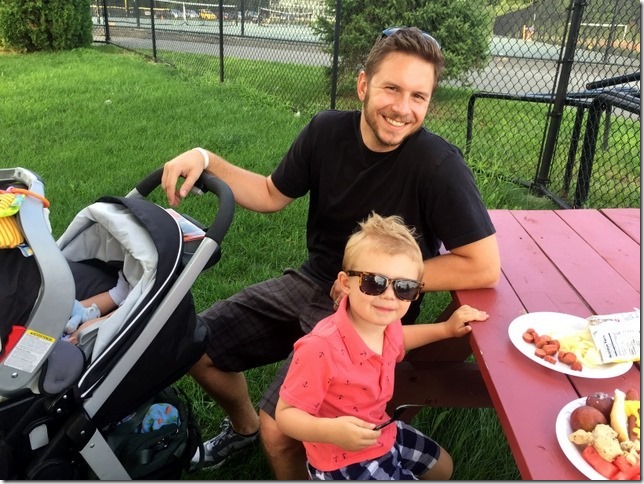 Alex slept for a quick 10ish minutes (maybe?) while we were eating and woke up shortly before the game was set to start. 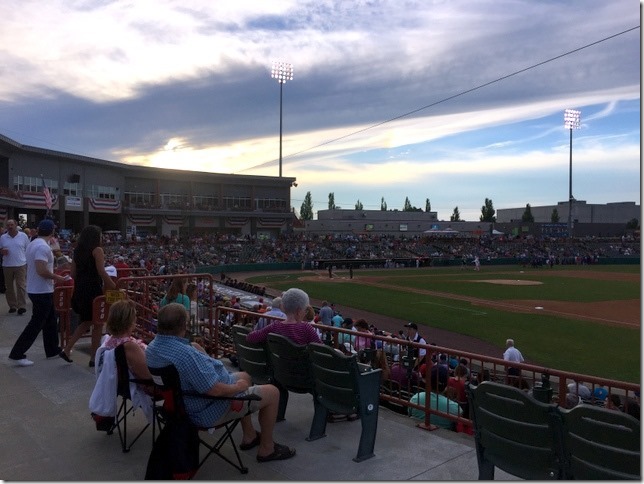 During the national anthem, however, they set off a couple of fireworks which were quite loud and Lucas was not a fan. From then on, he kept asking when it was time to go home…

I attempted to bribe him/keep his interest in staying with some ice cream with sprinkles (orrrr, let’s be real…I probably wanted the ice cream more than he did), but it didn’t work too well. 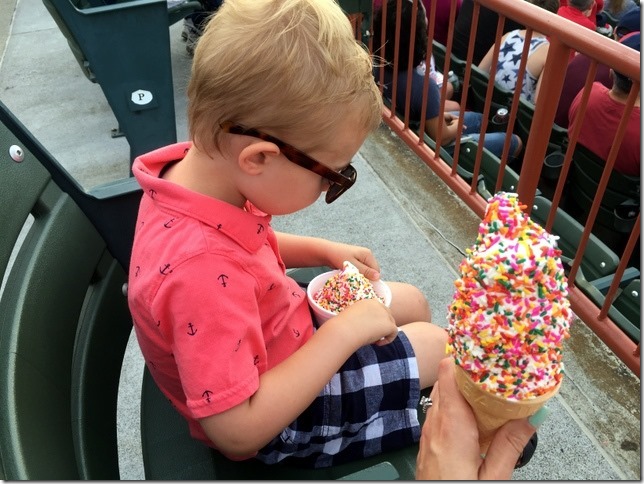 On top of that, Alex wasn’t diggin’ his dinner time bottle (it was too cold), soooo, we lasted a whole whopping one inning of the game before we had to call it quits and head back home. (You may have seen my video on Instagram Stories?!)

But hey…we still made it out of the house so I’m calling it a #victory.

Other than that, I don’t really have too much for ya today. It’s been a busy week and I am definitely looking forward to the weekend! So for now, I’ll leave you with some baby smiles. 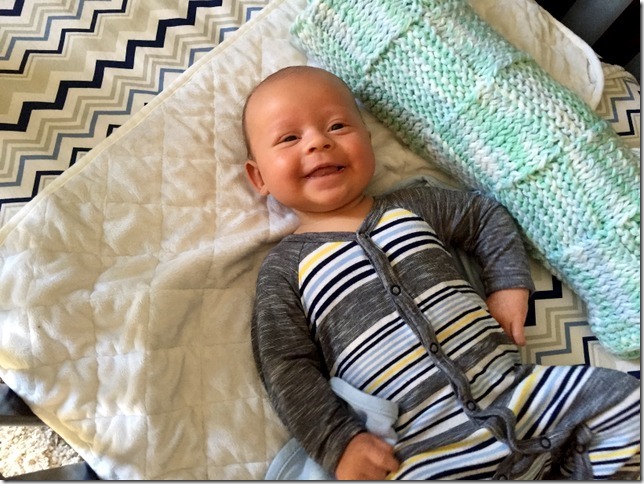 And I’ll catch you guys next week! Have a fabulous Friday and a wonderful weekend ahead, whatever you may be doing!

OH, and P.S.! If you weren’t able to make it to the Usborne Books party last night, you are still more than welcome to check out the books and place an order! (I’m telling you, the books are so awesome!). Just use this link to shop: https://j5741.myubam.com/372355

« No Bake Peanut Butter Granola Bars
We Can Finally Use It! »