Apparently one savory breakfast per weekend is all I need, because this morning I woke up craving nothing but sweet! 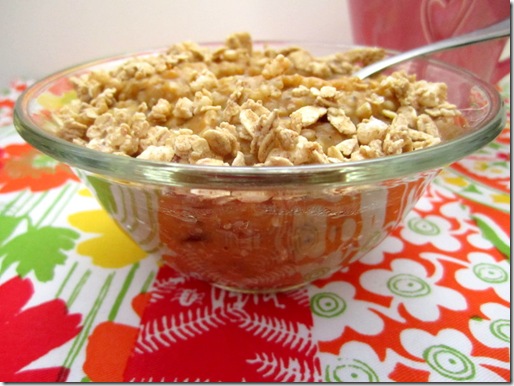 Yesterday while at the grocery store, I happened to spot one lonely can of pumpkin hiding towards the back of the shelf. I haven’t been able to find any for a while now, so I’m sure you can imagine my excitement.

I’m tellin’ ya, it’s a good thing there was nobody in my way, because I most definitely would have tackled ‘em for it. 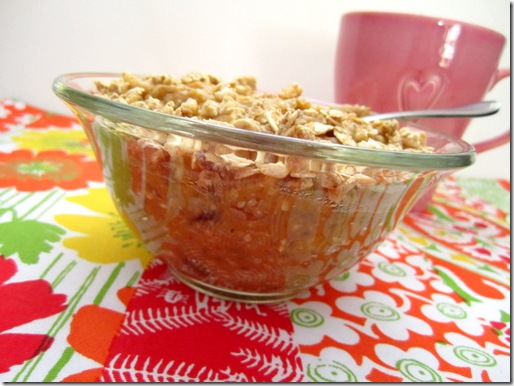 I made sure to incorporate my new-found pumpkin into this morning’s buckwheat bowl, and ohhh myyyy. Talk about delicious! 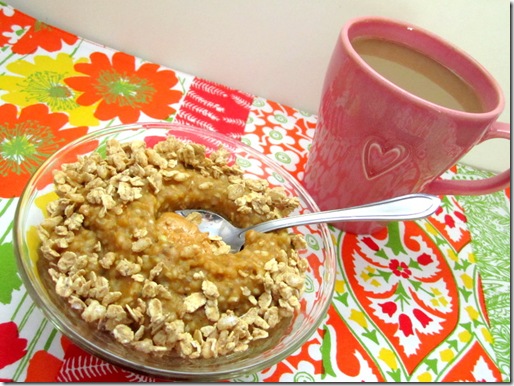 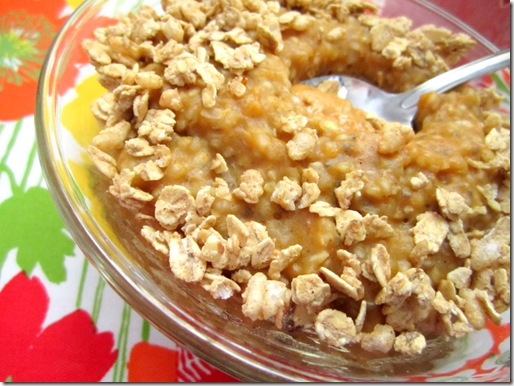 All topped off with some granola & a small scoop of The Bees Knees PB. The stuff was so awesome…just check out that melting action! 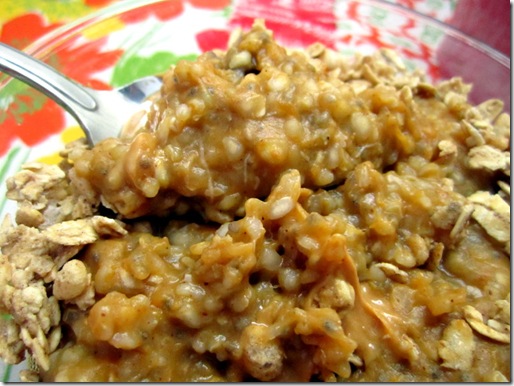 I actually didn’t eat breakfast until almost 11am this morning (!!!) because Jay and I slept in a little later than normal. We stayed up until 2:00am last night trying to deal with a blog issue that was just recently brought to my attention.

Apparently, there is a blog that is currently stealing many of my posts that you see here…word for word, pictures and all. I ended up spending almost two hours on the computer trying to figure out copyright infringement and all sorts of other things. I’m still trying to determine what my next course of action should be, but overall I’m really just sort of disappointed in the whole thing. I mean, who would really want to purposely steal someone else’s work???

Anyways, I’m sure things will all get worked out, and there’s certainly things that could be worse, right?

Oh yes, and I know that some of you asked what I thought of last night’s movie rental. My honest opinion? It wasn’t that great, which I was pretty surprised about because I’m a huge fan of Reese Witherspoon and Paul Rudd! Maybe tonight’s movie choice will be better?? I’m feelin’ a drama!

Time to go tackle the rest of my Sunday!

« Healthy To Be Unhealthy
Two Years Ago Today »