Well I don’t know about you, but that was one quick moving Monday! Anyone else with me?

My day started nice and early yesterday with…a workout! A decent night of sleep allowed me to get myself up with just enough time to complete one of favorites as of late, my 10-10-10 Strength & Cardio Circuit. I actually hadn’t done that one in probably two weeks, so it felt good to switch it up a bit.

When it came time for breakfast, there was no doubt in my mind on what was going to be consumed once I arrived at work. 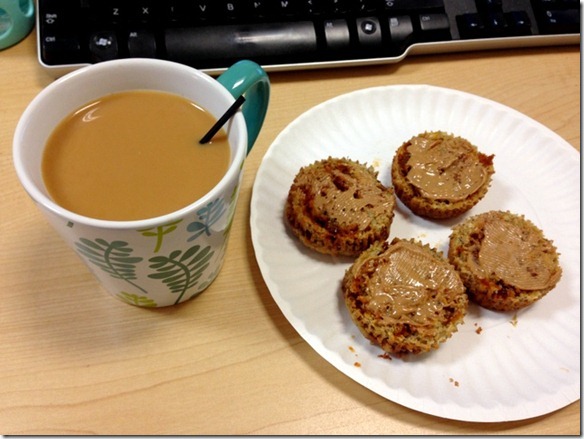 I packaged up two of the Banana Oat Muffins that I made on Sunday, and topped them with a little peanut butter. I also brought in a banana, in case I needed it, but the two muffins actually did a great job of filling me up for a few hours before my mid-morning snack. The muffins though? I’m totally loving them. It was a new recipe to try, but I think it’s a keeper…especially since Jay likes ‘em too.

Mid-morning snack was also tasty and delicious, thanks to some fresh, sweet Driscoll’s raspberries and vanilla Greek yogurt.

So simple, but so good.

My late afternoon was literally flying by, and when I finally realized “Hey, I’m starving,” it was almost 1:30pm. No wonder! Today’s lunch wasn’t all that pretty to be honest with you guys, but it totally rocked in the taste department. 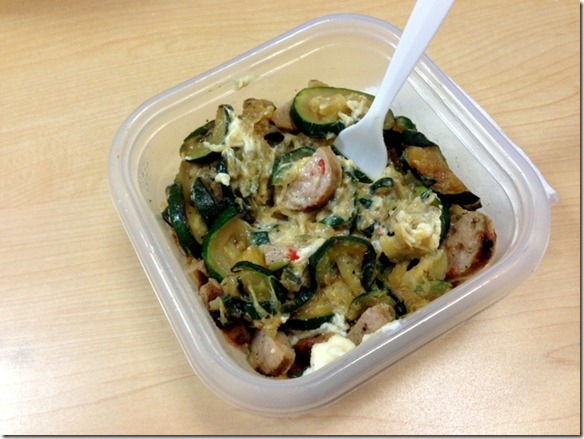 Yesterday I cooked up an extra chicken sausage while I was making dinner, and added it to some leftover veggies, including some totally over-roasted/steamed zucchini (it got super soft but the flavor was incredible). To add a little extra “something” to the dish, I also added in a wedge of The Laughing Cow Light French Onion Cheese before microwaving it all up. 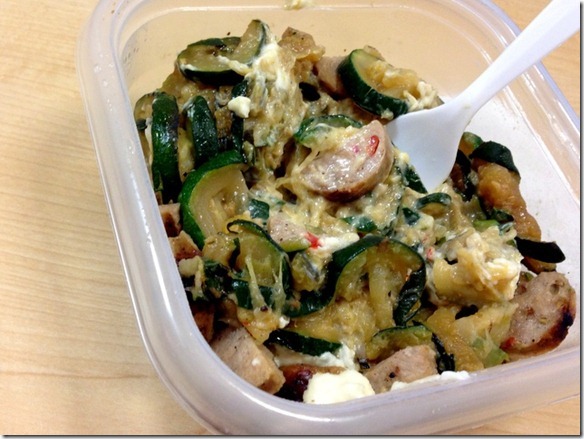 The cheese definitely made the meal. No question about it.

Knowing I’d need to follow up with a little something sweet, I happened to grab a couple of the Cookie Dough flavored Healthy Bites that I had stashed in the fridge. 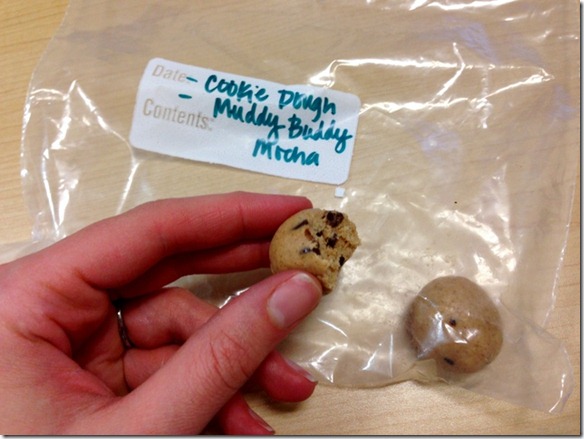 They literally tasted just like cookie dough…and that, to me, is the perfect way to end a meal. Especially knowing they’re a bit healthier for me than the actual stuff.

I also wound up having a cara cara orange at some point during the afternoon, and my gosh are they good. 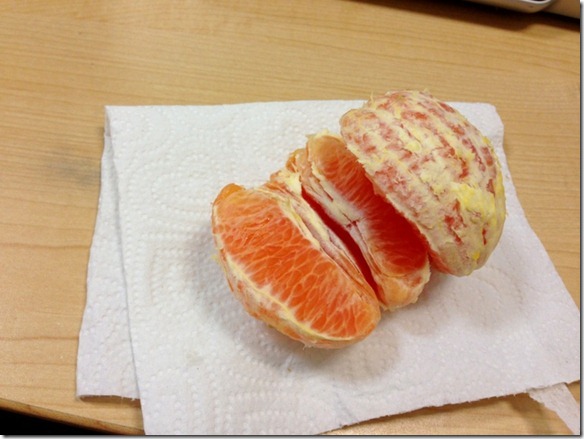 For dinner, we had an amazing remake of the Taco Salad that I made last weekend.

I’ve got a recipe headed your way for this amazing dish ASAP…if you love Mexican food at all like I’ve been diggin’ it lately, you’re definitely going to want to check it out!

**FYI: The Baby Tooth page was updated this morning!