Such a great, great weekend. Seriously…probably one of the best we’ve had in a long time! After spending Friday evening in (which is basically the norm, duh), we awoke Saturday morning feeling refreshed and excited for the day (it was date night day!).

Lucas allowed me to sleep in an extra two hours after his 6am feeding, and I awoke to Jay telling me he was heading out to get my oil changed in my car. Before leaving, he also asked if I wanted him to pick me up a coffee on his way back and that he’d make me some Kodiak Cakes for breakfast once he returned.

Ummm, best way to wake up EVER?

Sure enough, he lived up to his word and returned with my pumpkin coffee in hand, and shortly after, delivered me my plate of pancakes. 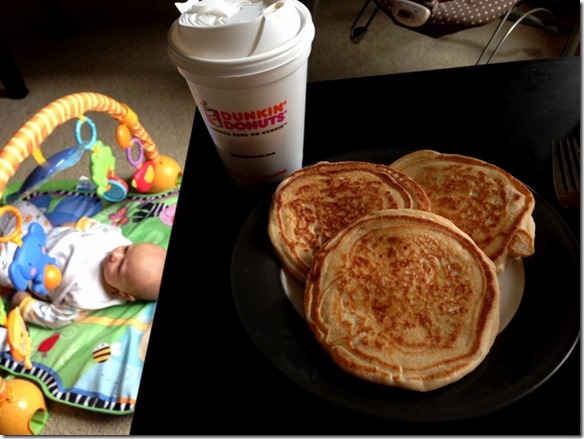 A couple hours later, once Lucas was down for a nap, I decided to squeeze in a workout. I had taken Thursday and Friday off our of sheer laziness, so I decided to set out with a goal of a 5K on the treadmill. I knew it was a lofty goal, but surprisingly enough, I succeeded! 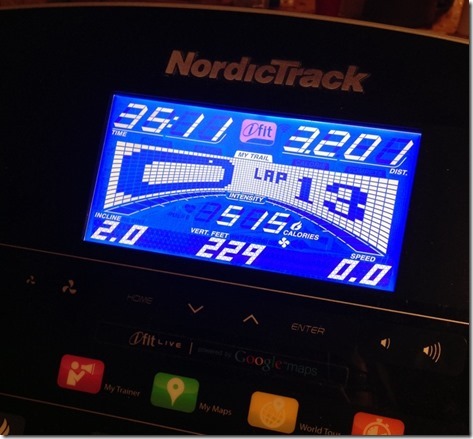 Fast-forward to early Saturday evening and it was time for date night! We left Lucas at home with my MIL for a few hours while we went out on the town.

Our first stop? Brown’s Brewing Co. for my first cherry raspberry ale post-pregnancy. Ohh, how I’d been waiting for that. 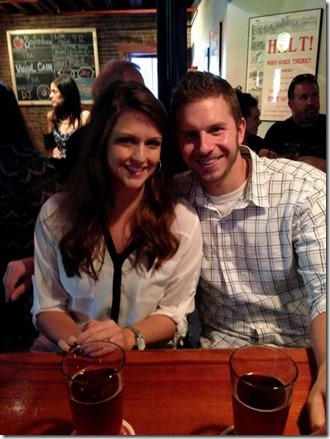 Seeing as though it was only about 5pm by the time we got there, we had no problem finding a couple seats at the bar. We hung out for about a drink and a half, had a blast, and then continued on to our next stop of the evening…Bacchus. 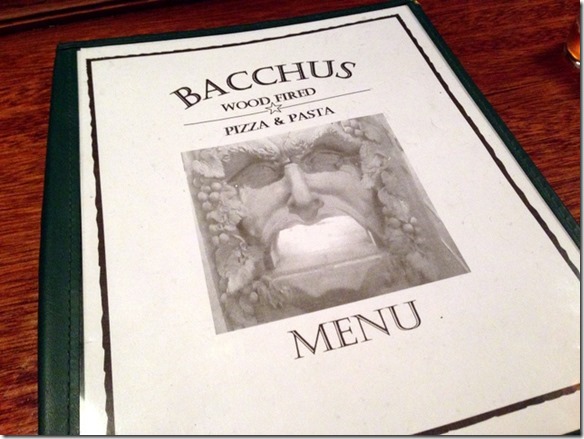 Jay and I were last there about a year ago and we were excited to return. We grabbed a spot at the bar again…we seriously LOVE sitting at the bar and usually wind up having some of our best conversations there.

They had some interesting sounding beers on tap and I ultimately decided on a Uinta Punk’n Ale, which came with a glorious cinnamon sugar rim. 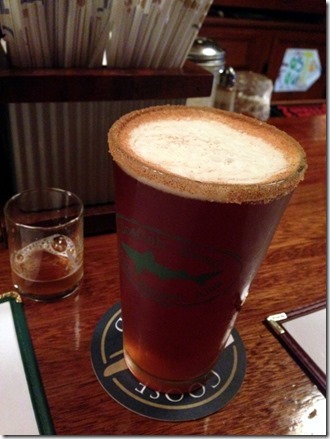 I only wound up having about 2/3 of that one though because I started getting sick of it towards the end. I don’t know what my deal is lately, but I’m just not diggin’ the pumpkin beers like I usually do. It’s very strange.

By this time, we were ready for some food so both ordered a couple side salads and a couple pizzas. 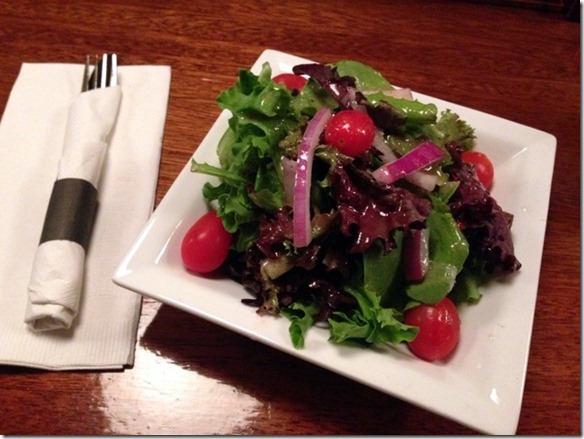 A simple margherita pizza was my choice, while Jay chose a buffalo chicken. We each polished off three slices and boxed up the rest. It was sooooo good. 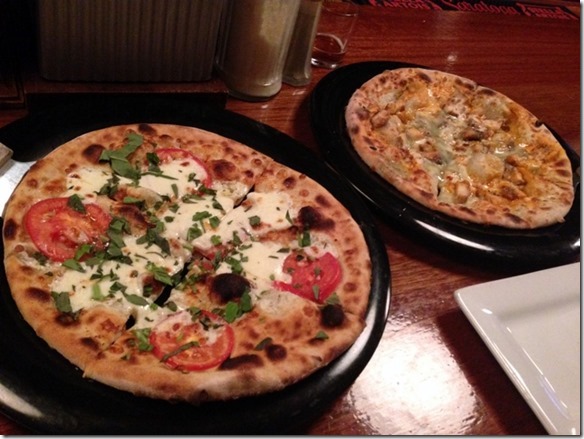 Our last stop of the evening was one that I’d been waiting to go to for a long time now, Lucas Confectionery. 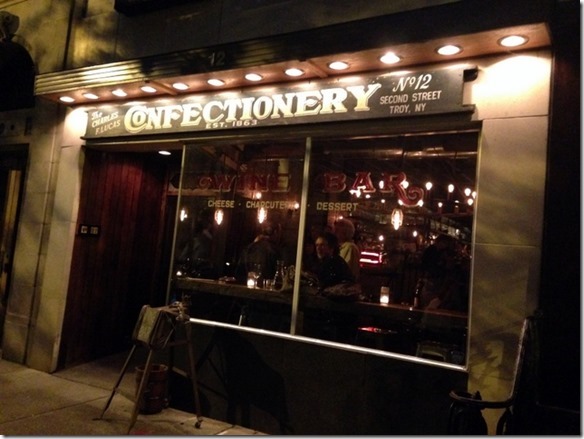 It opened up while I was pregnant, and while I had heard they had delicious desserts, I figured I should hold off on heading to the wine bar until, you know, I could actually drink the wine.

We were going to grab a table, but there was about a 25 minute wait, so we got lucky and snagged a couple seats at where else but…the bar. 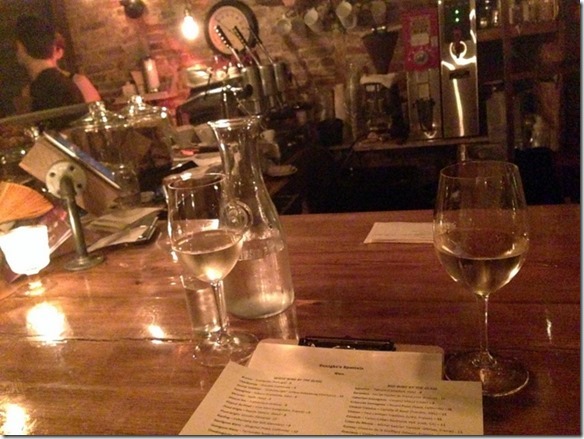 We ordered a couple glasses of white wine and then went ahead and chose a few different items to share from the dessert selections: a pumpkin cupcake, a pumpkin maple whoopie pie, and a few truffles (2 dark chocolate, 1 honey lavender). 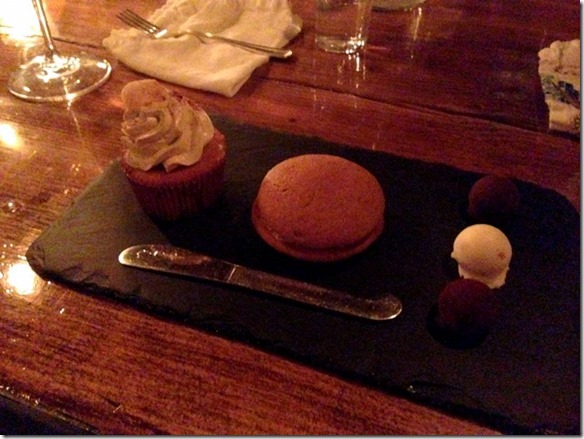 My favorite was, by far, the whoopie pie. Ohmygod it was so good. And the honey lavender truffle? I felt like I was chewing on a bar of soap from a spa. Just sayin’.

Around 8:30pm, we finished up at the wine bar and then figured we should head out so we could get home in time to put Lucas to bed. We laughed at the fact that we were ending our night out before 9pm (and were also exhausted by that point too), but it was an absolutely fantastic night and the two of us had such a great time. 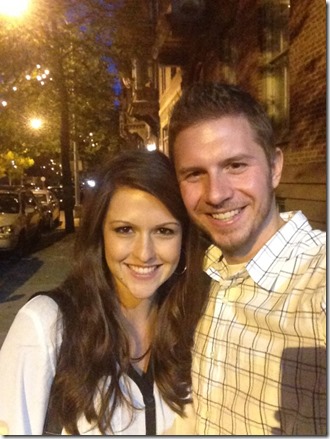 Date nights are definitely a wonderful thing, but we were certainly excited to come home to our little man.

That was him yesterday morning…don’t you just love his homemade onesie? We have an adorable little selection from Brian and Mal, who made them all themselves. They’re so darn talented.

The rest of Sunday consisted of lounging in cozies, getting in a workout (I decided on Jillian Michaels’ 30 Day Shred video), watching football, chillin’ with Lucas, and eating leftovers for dinner. 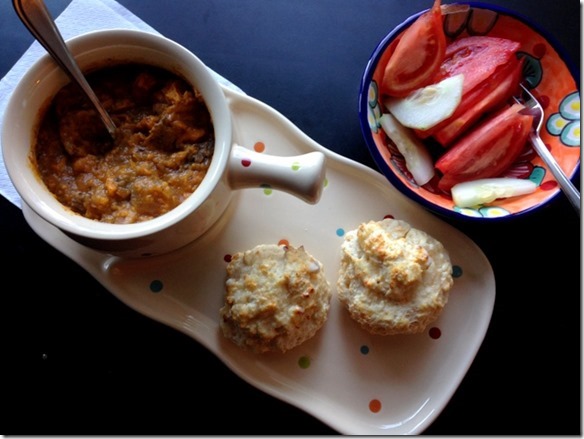 It looks disgusting, I know, but the leftover beef and sweet potato stew was so, so tasty. On the side, I had some cut up tomatoes and cucumber, and also whipped up a small batch of garlic cheddar biscuits using some Bisquick. WOW, they were good…and so easy! (I used this recipe, in case you’re interested)

Now, we’re back to Monday once again…man, weekends just go by way too fast, don’t they? Hope everyone had just as great of a weekend and wishing you all a fabulous week ahead!