So I mentioned to you guys on Friday that we decided we were going to tackle operation “lose the paci” this weekend. I went back and forth with my decision to do it this weekend but, really, I was always going to find an excuse. We just needed to buckle down and do it.

*Edited to add: Currently, I am regretting this decision. I’ll have some edits to add in here and there in the post…

The only times Lucas used his paci were for naps and bedtime. Which, at first, I was like heyyy, no biggie! But then I realized that he still (usually) sleeps more than he’s awake, so that’s a fairly good chunk of his day. I also recently noticed that it seemed to have started to effect his teeth a bit, so I figured it was worth a shot. And THEN we noticed that lately, he’d been getting much more attached to it…to the point where it was causing tantrums. We knew it was time.

So Friday night, we snipped a slit into the paci before going to bed, and as soon as I gave it to him, he knew it wasn’t right. We went on to say “oh no, it looks like paci broke!” and he agreed. We asked him if he wanted to put it in the garbage himself and he said yes. Ok, we thought…not bad?!

However, once it got time to put him down in the crib, he wanted nothing to do with it. He cried for about an hour, and I’d go in every 15 minutes or so to soothe him. Once he fell asleep, he slept all night and woke up about 8am the next morning.

The next day, I went to put him down for his afternoon nap. He cried for about 10 minutes, and then just sort of hung out in his crib. He does this occasionally, and he wasn’t upset, so when this happens, we just tend to let him chill up there and have some “quiet time.” Well about 2 hours later, as I was downstairs in the kitchen, I suddenly hear “Mommyyyy! Hiiiii!”

Realizing that this noise wasn’t coming from his monitor, I ran to the hallway and looked up to see him standing at the top of the stairs. The little stinker climbed right out of his crib and out into the hallway. 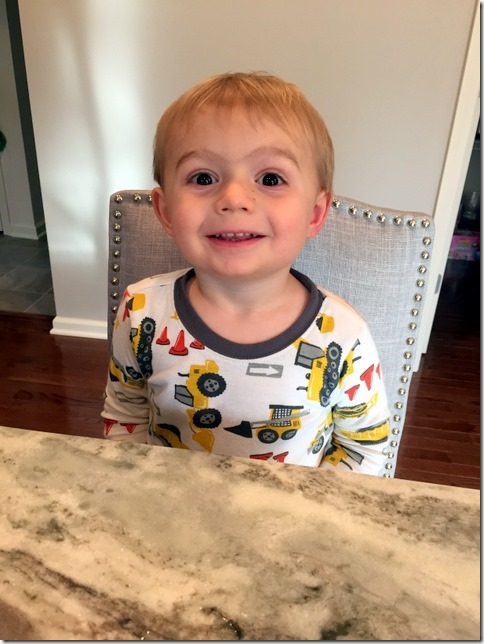 Welll, shit. I certainly was NOT prepared for that!

Not knowing if it was going to be a one time thing or not, we wound up putting him to bed that night like we typically do, only putting a gate in front of his door in case he were to get up and open it. He only cried for about 15 minutes or so, and then was off to sleep. I slept like crap all night, waking up, rolling over to check the monitor (yeah so much for that extra hour!) but he slept all night.

Then, sure enough, around 7:30 the next morning, we hear “Mommyyyyyy! Hiiiiii!!”

Strike two…we knew we were in trouble.

Jay took a look at his crib and noticed that he could drill a couple new holes to make it about 4 inches lower. So he did just that and we put him at nap time on Sunday to see how it’d work. Less than a minute and he was out…

Then we said okay, there’s no WAY he can climb out if we put the mattress on the floor AND take out the pillow?! Then…you guessed it… 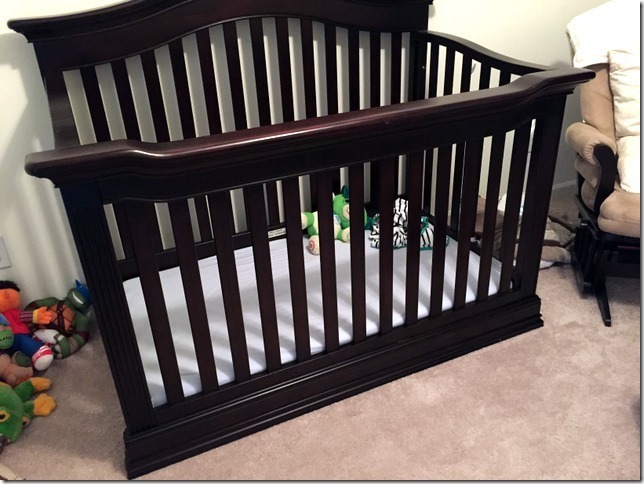 He was out again. So currently we’re on 3 days of no naps…

Edited to add: No, it’s now 4 days. He decided to climb out of his pack n play at daycare, too.

Luckily, his mood has been pretty good, despite the lack of naps. He had fun helping daddy work on the kitchen table Sunday. 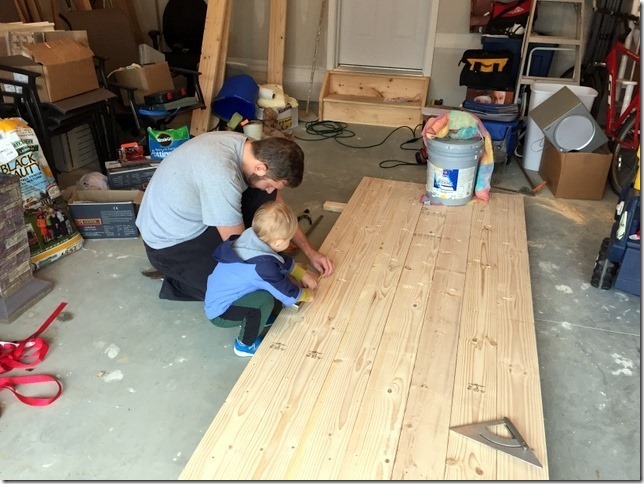 Then we had fun making tunnels and crawling under them. 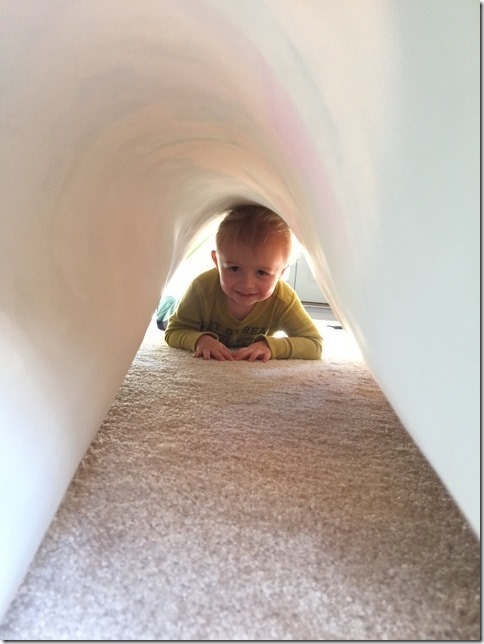 And while he was good while we visited his Papa T at the hospital, we did need to break out the iPad to keep him from roaming the hospital floor. 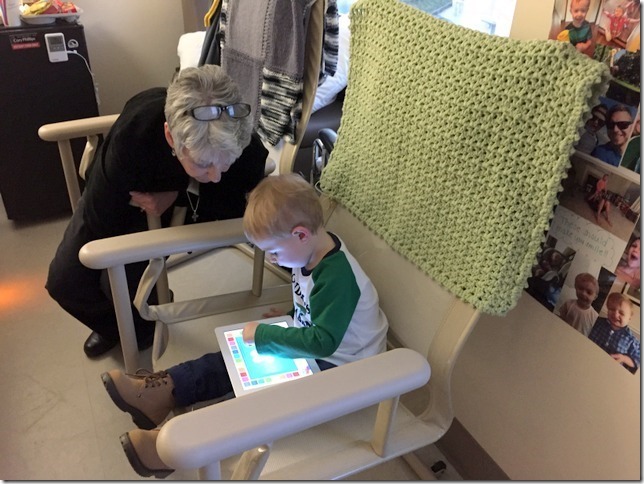 After we left the hospital Sunday evening, we stopped at Target and picked up a toddler bed rail for his crib, just in case we found ourselves in the same predicament at bed time. 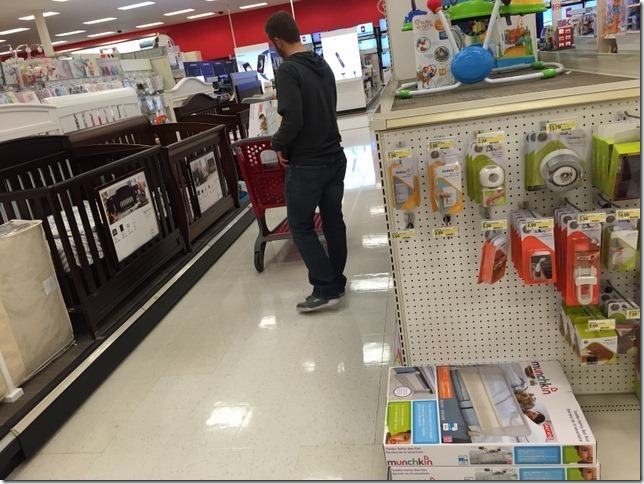 (We kicked ourselves for not buying the toddler bed conversion kit for his convertible crib…we only bought the conversion crib that converts it into a full sized bed. Ahh well, live and learn!)

I’m not sure if it was just because he was so tired or what, but when I put him to bed on Sunday evening, I got ZERO resistance/crying about the paci, and he even let me lay him down in the crib without trying to stand up. We still have the gate up at the front of his door for safety, but we’re both realizing that the crib probably isn’t going to last much longer and we’ll likely need to use that bed rail and put him in a “big boy bed.”

We definitely just got lucky on Sunday night. Monday evening, he crawled out of the crib 4 times in a row before we called it quits, took the front rail down, and converted it into a toddler bed with the rail we purchased.

As you can see, this worked out REAL well… 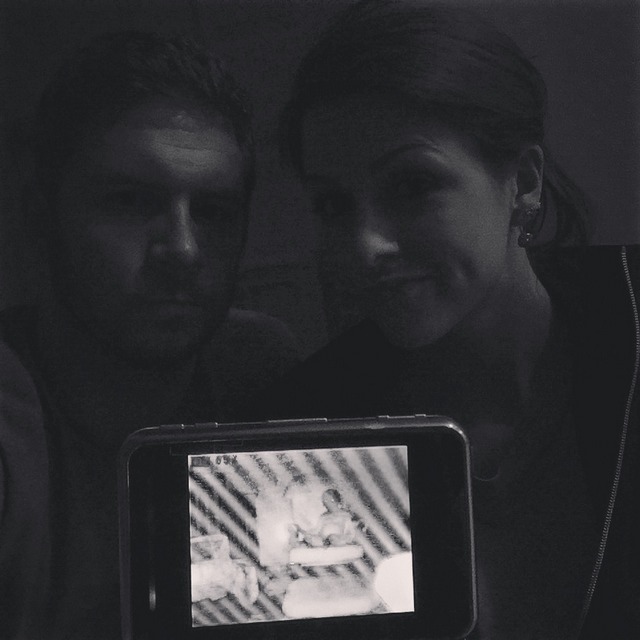 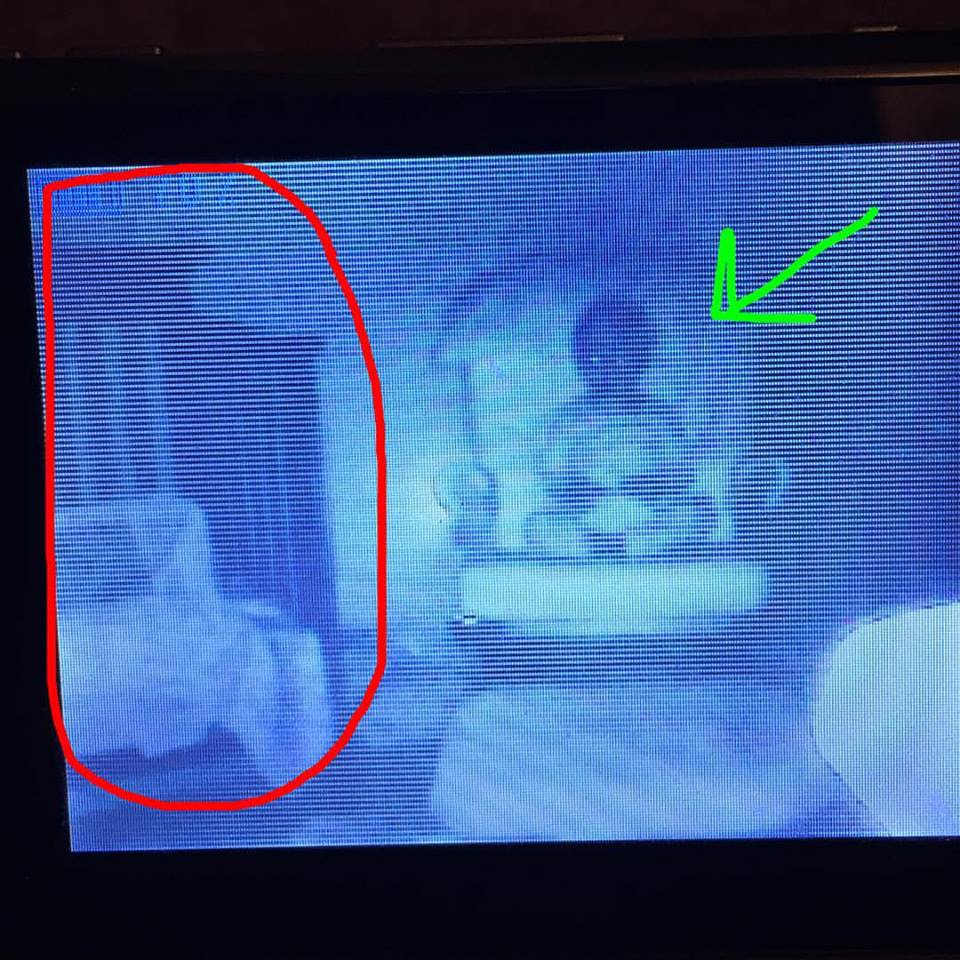 And we brought the party upstairs with us. 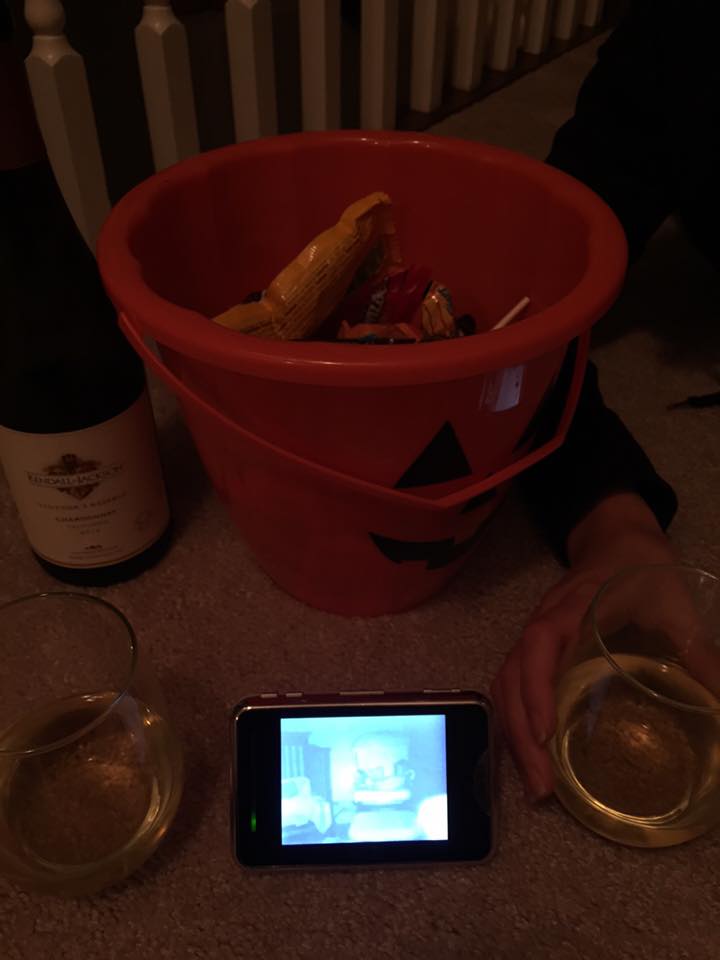 And hey, eventually he even fell asleep! 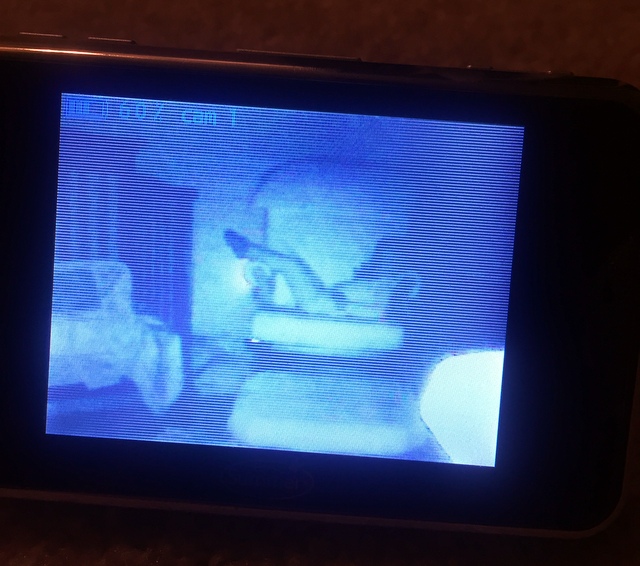 We still have yet to move him as of the time I edited this post at 9:33pm…I’m keeping my fingers crossed that he’s in a SUPER deep sleep so I can move him back to his bed because I can totally foresee him rolling right out of that chair.

So yeah, we got a little more than we bargained for this weekend with taking the paci away…we’re keeping our fingers crossed that we don’t lose our excellent sleeper, but I’m not keeping my hopes up. If you want my opinion, don’t take the paci away. ;)

Anyone else have experience with ditching the paci, dealing with a crib climber, or transitioning to a toddler bed?

« Halloween Fun
A Day Off + A Delicious Fall Salad »