As far as dinner goes, it wasn’t anything crazy, but it was delicious. I’m also testing out a couple new placemats I picked up from Target yesterday – yay? nay? 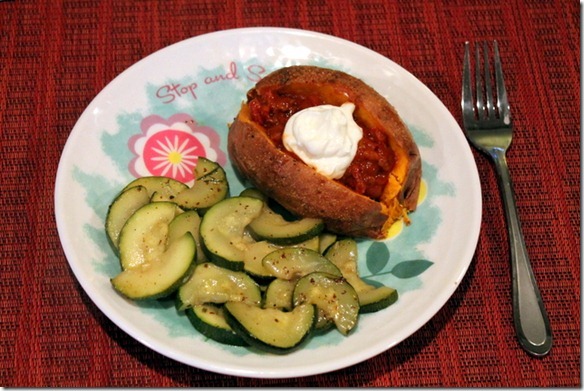 Would you guys believe that last week I still managed to get ONE more zucchini from our garden? I swear, I thought those plants were done about five different times, yet they continued to amaze me (No more surprises now – the frost has taken over).

So last night, I sautéed up our final zucchini with a little olive oil, salt, pepper, garlic, and a couple splashes of balsamic vinaigrette. 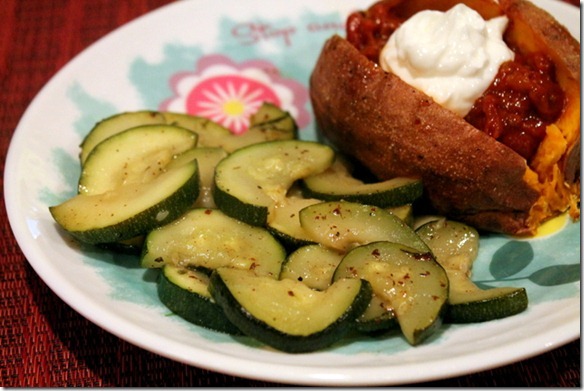 I also cooked up a couple of sweet potatoes for me and the boy (microwave first, toaster oven with salt, pepper, and garlic powder after for ~10 mins) and we topped them with the last container we had of leftover chili from last week plus a little plain Greek yogurt. 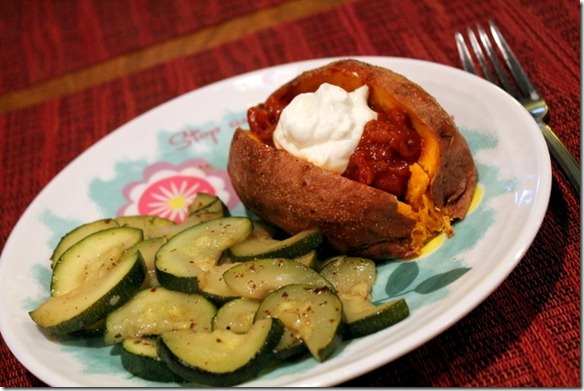 These potatoes wound up tasting soooo good. Gosh, I love a good sweet potato – in any form!

Shortly after dinner, Jay was headed out for the evening so I got myself situated and settled in on the couch for what turned out to be a solid three hours of television.

I know. How lame and lazy of me, right? Ehh, whatever. It was Wednesday…lots of good TV to watch. (The Middle –> DVR’d Mike & Molly –> Modern Family –> Suburgatory –> Nashville)

While laughing through my favorite Wednesday night comedies, I also enjoyed a special little treat… 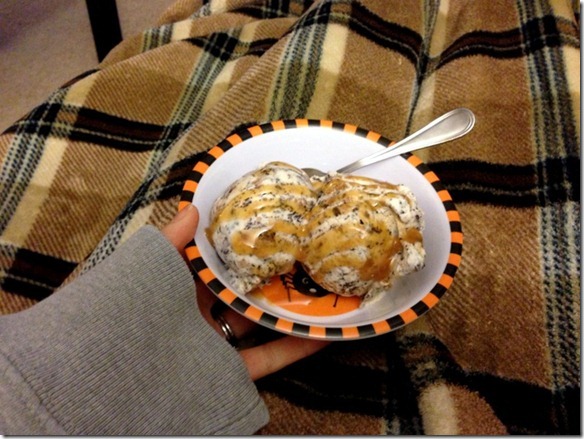 So there’s this local place out near my in-laws called The Lighthouse. They’re a bakery and deli, but they also serve Hershey’s ice cream (I can also attest to the fact that they also make some amazing homemade ice cream cakes!). A couple of years ago, I discovered that they sometimes carry a flavor called Outrageous Oatmeal Cookie, which absolutely rocks my world.

It had been forever since I last had it, but my father-in-law actually surprised me yesterday by dropping off a small container of it just for me. How awesome is that?! 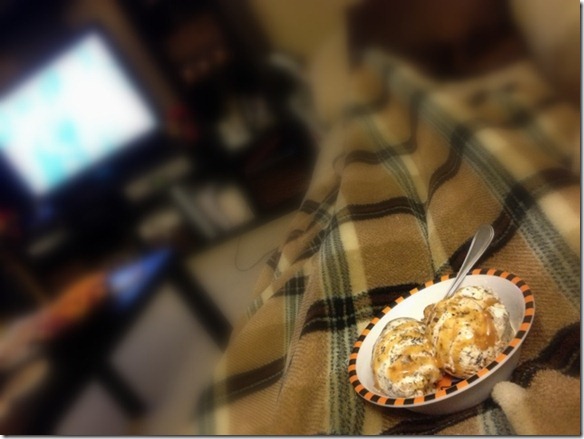 The only thing making it better? This guy… 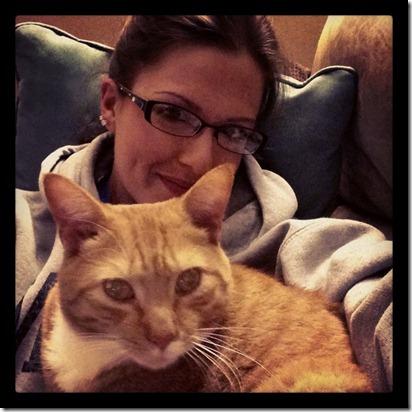 Shortly after I finished up my ice cream and had a free lap, it wasn’t long before my Codester came up for some cuddles. He curled right up and stayed there for probably a good two hours, only moving because he heard Jay pulling up in the driveway. He’s been all about the fetch this morning too, so I’m thinking he’s on the mend! 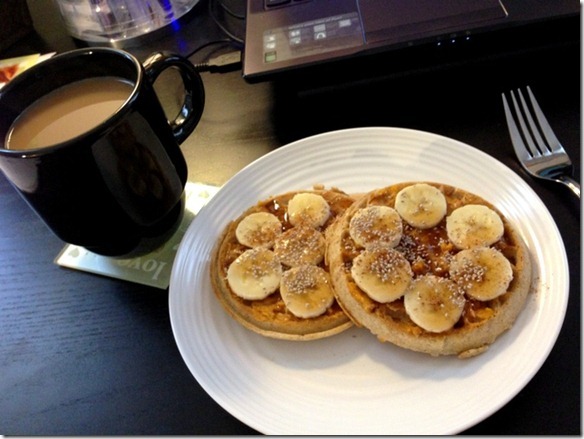 I’m still waiting for the day when I suddenly realize that I’m sick of peanut butter and waffles. So far, there are no signs whatsoever.