Holy sore muscles, Batman. Somebody is really feelin’ the effects of upping her weights at BodyPump yesterday! Yikes.

Jay and I had a busy evening last night, so we grabbed dinner on the fly using a Groupon that I had purchased a couple months back for Flavour Café. 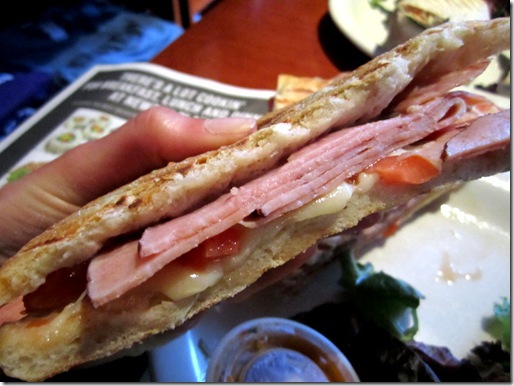 I ended up choosing the Ham Focaccia, which was ham, Swiss, tomatoes, and Dijon honey mustard on grilled focaccia. It was alright, but I knew I should have been leery, since I’m kind of picky when it comes to my ham (I really only like it super thin if it’s on a sandwich). I ate half and saved the rest for Jay to have for lunch today. 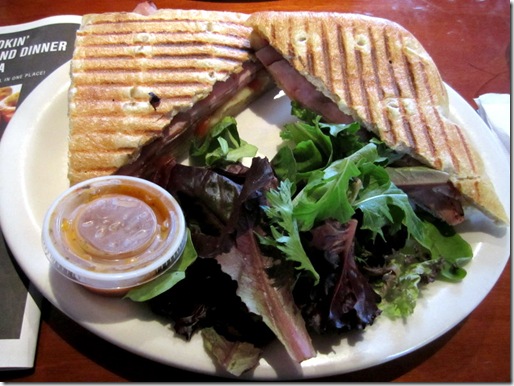 One of the stops that we made was actually to the school that I had been working in. I knew that my former students had recently finished a big state project that we had been working on before I left, and their work was going to be out on display during the budget vote.

I dragged brought Jay with me for moral support, since I knew the trip would be bittersweet and definitely outside of my comfort zone. I’d be lying if I said it wasn’t hard to be back there, and see all of their names connected with another teacher. But I’m still glad that I went; it meant a lot to be able to see the final projects that I got them started on, and even though I’m sure none of them will even know that I was there, it felt good.

When it came to this morning’s breakfast decision, I was at a complete loss. Sweet, savory, crunchy, chewy…it all sounded good. So in the meantime, I snacked on some Quaker Oatmeal Squares which were sent to me to sample from Quaker and the Clever Girls Collective. 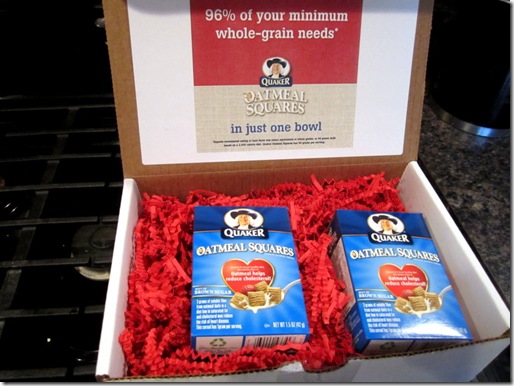 You know I LOVE my Quaker Oatmeal Squares!

Finally, after a couple suggestions from both Diana and Farrah over Twitter, I decided on savory.

But man oh man, that may soon change! 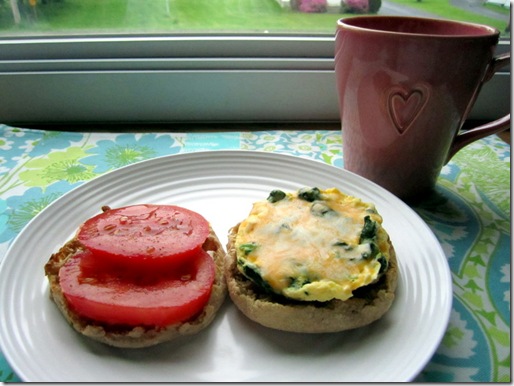 I made myself an egg sandwich, using this amazing contraption. Jay and I picked this up last month when we went outlet shopping in Massachusetts, and it was probably the most convenient $3.99 purchase I’ve made in a long time. It cooks an egg or two in the microwave in less than 2 minutes, and makes it the perfect size for an English muffin. 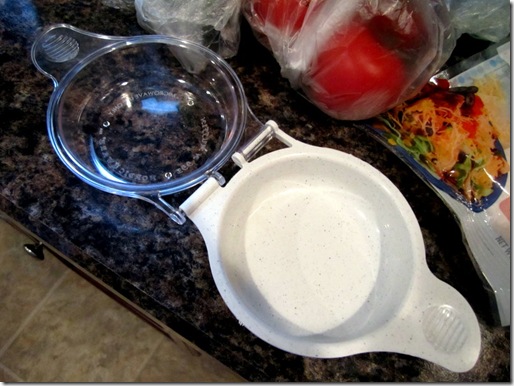 I used 1/4 cup Egg Beaters mixed with a big handful of steamed, fresh spinach, which I then topped with about a tablespoon of reduced fat shredded cheddar. 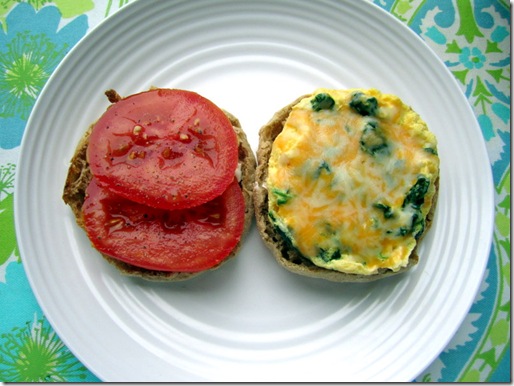 I paired that with some fresh tomato slices, a little S&P, and a tiny smear of plain Chobani. I know that might sound weird, but having the slightly creamy flavor mixed in was amazing. 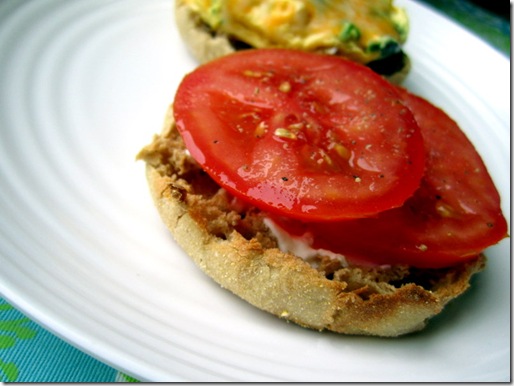 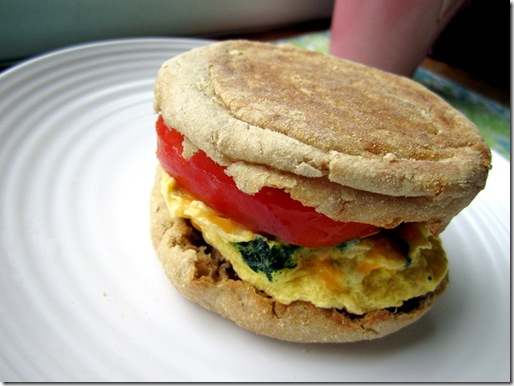 This was probably my best egg sandwich ever. Soooo good! 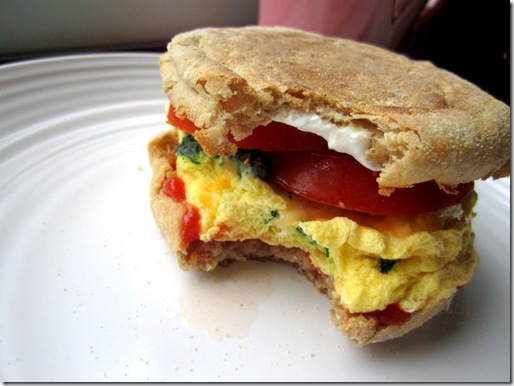 I’ve got some work around the house to do, as well as a run planned for later today which will take place, hopefully, when my body decides to stop hatin’ on me.

When was the last time you stepped outside of your comfort zone?