You know those days where you’re just feeling completely and utterly overwhelmed? Not necessarily for bad reasons, but just because reality is coming to a head and you realize that you have about 1,001 things going on and no idea how you’re going to make it all work?

Yes, I figured you’d all know what I’m talking about. Welcome to my morning!

Don’t go feeling bad for me or anything though. Every single reason I’m feeling stressed this morning is definitely a good thing…I’m just taking the normal “I’m Courtney so of course I’m going to freak out over change” route.

Do I have you guys intrigued yet? Okay, good. Hehe…I promise I’ve got lots to fill you all in with over the next day or two! 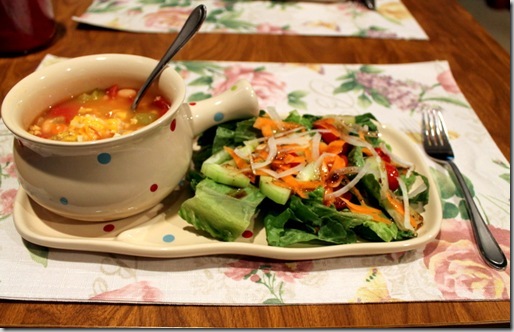 Yesterday afternoon, I ended up throwing together somewhat of a chicken, veggie, and bean soup, which was lightly based off of Lauren’s recipe for Creamy White Chicken Chili. I’m calling mine soup because it was definitely more broth-like than chili-like, but the flavor was still really good. 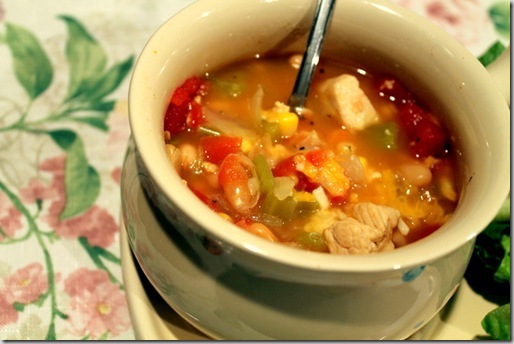 On the side, I served us a couple of simple side salads drizzled with balsamic vinaigrette dressing. 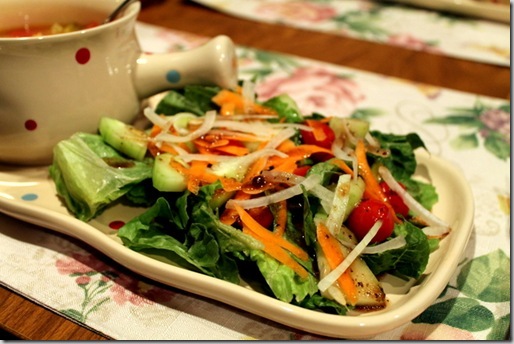 A couple of hours later, I satisfied my sweet tooth with a Triple Chocolate Chunk VitaTop.

The company sent me a big ‘ol box with a bunch of their different flavors, including their new VitaCakes. I’m super excited about it since I know they’re going to come in handy for after-dinner treats now and then. I’m already planning one for tonight, topped with some fresh berries. YUM!

Last night I also had my first check-in with Jim, which went very well! He said that he was super impressed with my food journal (I send him one every Friday) and really couldn’t offer much advice for improvement.

He made sure to ask how my hunger levels were (good, feeling satisfied), my energy levels (about the same, no problems there), and my moods (haha, besides your occasional PMS symptoms, I’m good).

He had also told me to weigh myself before we spoke, which I did yesterday morning. From the looks of it, it appears that I’m down 0.8 pounds, which he said is right on target with what he’d expect. Since I don’t have all that much I’ll be losing, combined with the fact that numbers can fluctuate a LOT, he reiterated the fact that weight is not going to be the number one factor here. I knew I liked this guy for a reason.

So far, I’m definitely happy with how things are going and really excited to continue!

It seems as though Tuesdays are now my favorite day to do my High Intensity Circuit Workout, so that’s exactly what I did today. Good lord, it really is not getting any easier yet! I followed up my circuit workout with a nice 75 second plank and called it a day morning. Phew!

So do you guys remember yesterday when I mentioned the ten easy breakfast ideas I was reading about in Real Simple? Well today, I decided to put one to the test…with a nice little “Courtney spin” on it, of course. 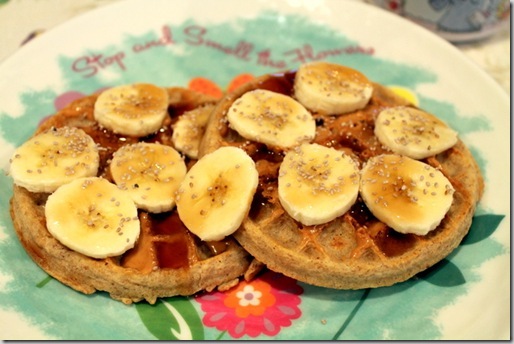 In order to stay within my new plan, I made a few adjustments to the Real Simple recipe, which were super easy swaps to make. 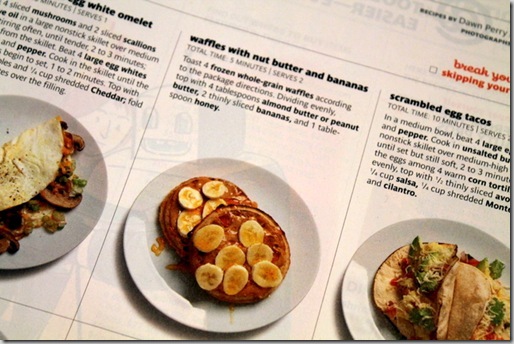 First, since the serving was for two, I obviously halved everything. But then, instead of 2 tablespoons of peanut butter, I used 1 (which was plenty), I only used half of a banana (again, also plenty), swapped sugar-free syrup for honey (taste preference), and added in a sprinkling of chia seeds. 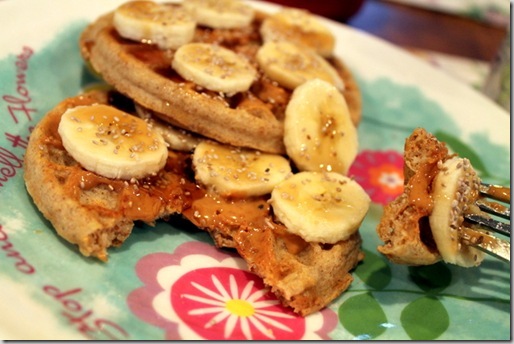 Enjoyed along with my mug of coffee, and this breakfast was pretty darn delicious. 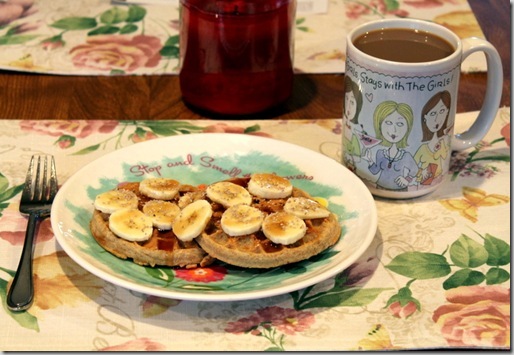 Just so you guys know, there’s actually a reason why I’m trying out some of these Real Simple breakfast ideas. But I’ve already talked your ear off enough this morning, so I’ll fill ya’ll in on that this afternoon.

On average, do you think you feel more overwhelmed with all the things in your life, or do you feel like you have a pretty good balance?

What do you do to cope when you’re feeling overwhelmed?

« Why January Is Awesome
Part of a New Group »