Well hey there, cool cats. Happy Wednesday to you!

I was originally going to do another WIAW post today (as usual), but I actually started getting a little bored with it so we’re taking a bit of a breather from ‘em for a while. Then again, I guess today’s post is gonna look sort of similar, now that I think of it. Oh well.

So I’ve gotta tell you guys…one of my favorite things about working from home on Wednesdays right now? Having a little extra time for breakfast in the morning. 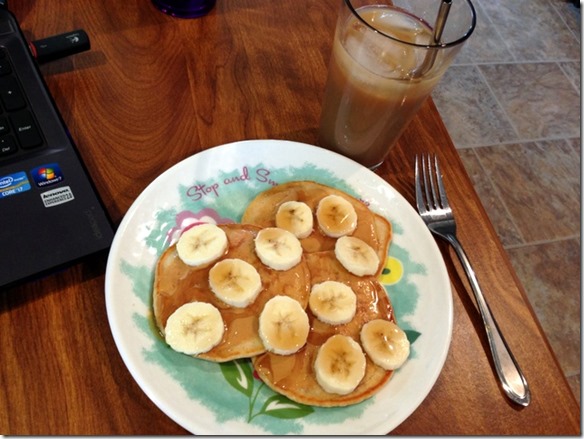 For the past couple of Wednesdays, I’ve been able to take the time to make pancakes (Power Cakes, to be exact!) for breakfast which just totally makes my morning. I mean, any day that starts with pancakes is a good one, right? I think I’m just going go ahead and implement Pancake Wednesday. It sounds right.

Oh, and I’ve also been having this new-to-me cold brew coffee concentrate from Trader Joe’s lately (that is, on the days where I’m not buying cookie dough iced coffee’s from DD’s…#sendhelp). 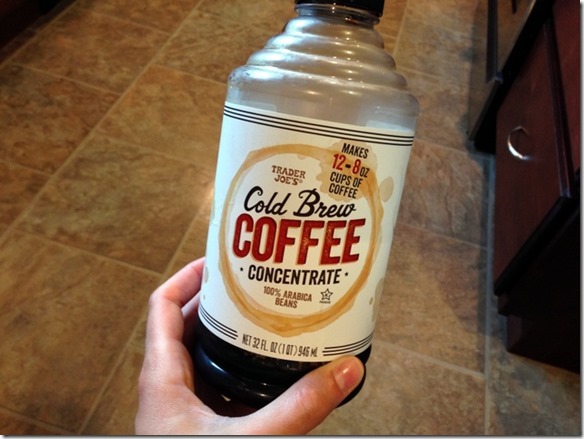 The first time I made myself a glass of it, I didn’t prep it as if it were a concentrate and pretty must just poured it in like iced coffee. NOT good, my friends. Not good. But now that I’ve learned how to make it correctly (1 part concentrate to 2 parts water or milk), we’re good to go. I’d totally recommend it!

Before that plate of deliciousness happened, there was also a killer, 45-minute workout early this morning courtesy of the Nike Training Club app. Even though I’m home on Wednesdays, I’m still working during the day, so I stick with the early (5:30am-ish) workout. However, since I don’t have to worry about taking the time to get dressed in nice clothes, or do hair and makeup and all that jazz, that leaves me a little extra time. Loooove it.

So what is happening this week on the food front? Meh, not too much. I had a super lame salad the other day that was filled with some of the most bitter lettuce I’ve ever eaten. Blech. 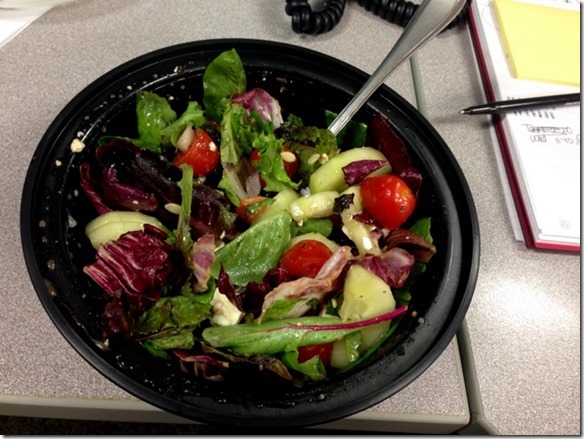 I did, however, find a recipe on Pinterest over the weekend for Healthy Crockpot Beef and Broccoli so we decided to give it a go on Monday. 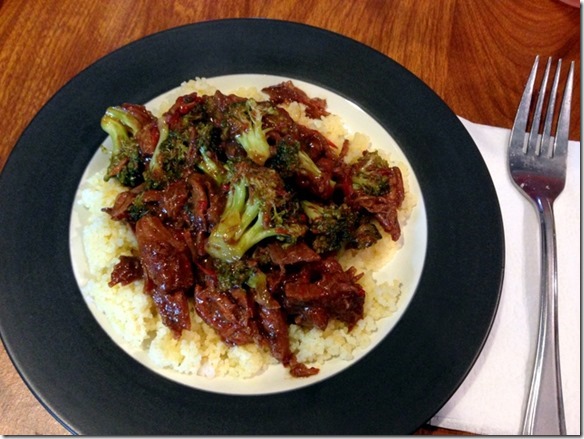 Not only was it delicious but it was also from the crockpot, making it ridiculously easy. Can’t beat that.

Monday night, Jay came home from his softball game with ice cream from Stewart’s for us, which is always a win…even if he did get the order wrong. 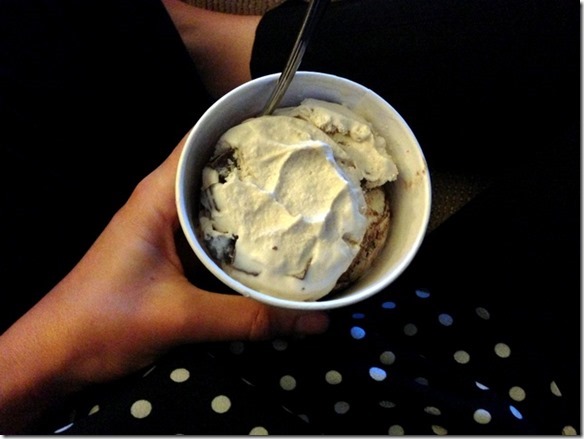 For the locals, did you guys know the have some more new flavors? I ended up trying one of them, Salty Caramel Macchiatto. Holy moly. I freakin’ love their ice cream.

Alright my friends, that’s all I’ve got for ya today. I’ll check in with you guys again later!

*FYI: My first video for the Oster Versa 1100 Challenge aired on The Better Show yesterday! You can see the clip of the segment HERE!