Alright, so I owe all of you some updates. Let’s start with my tease from this morning…

So I mentioned that I’m going to be testing out some of the quick and easy breakfast ideas featured in this month’s Real Simple. Some of you guessed that I’m working with Real Simple which would certainly be a logical guess…but not quite.

Back in November, I was approached by SOYJOY and asked to be a part of a new group of bloggers they were putting together. I’ve already worked with SOYJOY numerous times in the past and have enjoyed working with them, not only because I enjoy their products, but also because I truly appreciate the effort and dedication they’ve put into forming a relationship with me.

In the coming weeks, SOYJOY is going to be launching a new “Joytester” program, featuring five bloggers (including myself and the hilarious and awesome Janae!) who will focus on certain aspects of healthy living. My role in the group for 2012 will be focused more on the nutrition end of healthy living, whereas others will be focusing on fitness and travel. I’m really excited, not to mention honored, to be a part of such a fun group for the coming year, and I will certainly share more information with you all as it becomes available. I will be working with SOYJOY on various tasks, but my first “Joytest Challenge”  as they call it (I’ll have three during the year), is actually why I’m incorporating those Real Simple breakfast ideas… 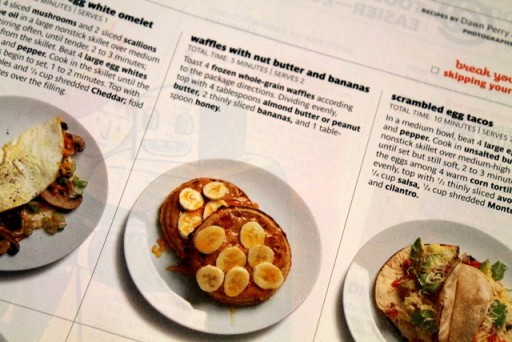 The “challenge” is to test out some of the featured breakfast ideas from Real Simple for 5-7 days and then report back my thoughts on whether or not they could (and should) be incorporated into a healthy lifestyle. While my review of the challenge will be featured on the SOYJOY website, I will also (of course) be sharing my thoughts with all of you on here, too!

Honestly, you guys probably won’t see much of a change on STSL, unless I’m sharing one of my challenges with you, but it’s something I’m really excited about and looking forward to for 2012. :)

Mid-morning, I snacked on some roasted almonds and a golden delicious apple, which is quickly becoming one of my favorite snacks. 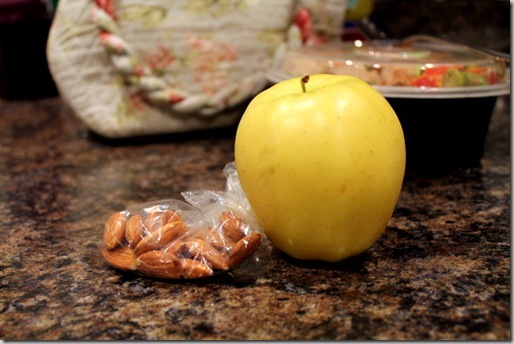 Lunch featured a pretty fantabulous salad that I put together last night after dinner. 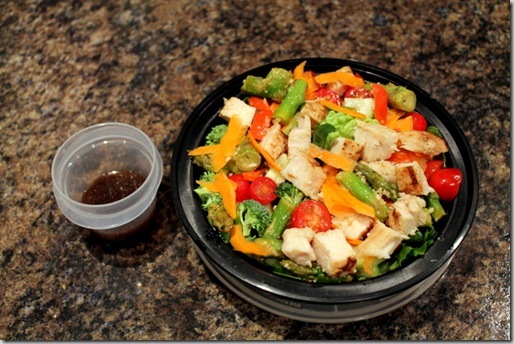 Lots of fresh veggies, some leftover asparagus from Sunday, and a piece of grilled chicken. Awwwwwesome. 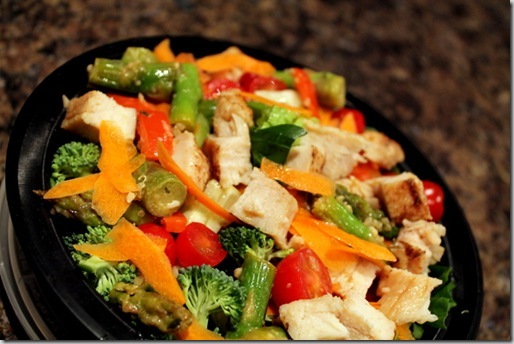 I’ve also got some Wasa crackers and a wedge of The Laughing Cow Light Swiss to snack on later this afternoon. 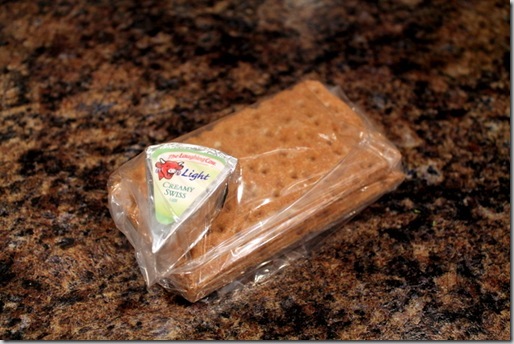 Dinner is still up in the air, since I’m still unsure on how the rest of my evening is going to go, but we’ll get to that another time. One piece of news per post, folks. ;)

Which Real Simple breakfast ideas do you think I should try out next? There’s a couple I already know I probably won’t try but if I get enough requests for some, I’ll give ’em a go!