Oh man, so much fun stuff this weekend…where to begin?!

I suppose I’ll start by backtracking to Friday, where Lucas had his first t-ball practice of the season. And, ummm, it’s basically the most adorable thing EVER watching these little guys and girls out on the field! 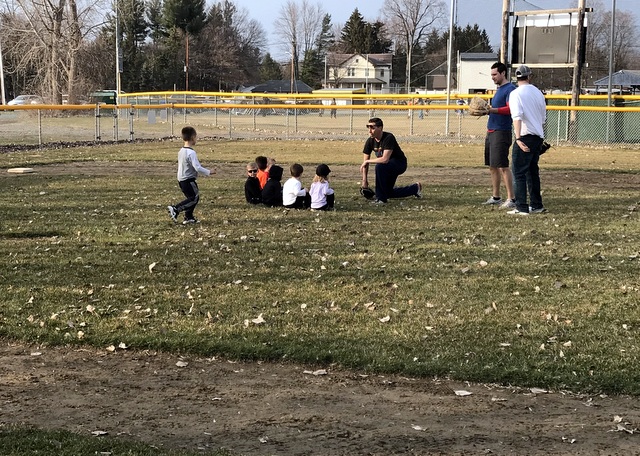 He was SO excited and really had such a great time. Of course, as I suspected, his favorite part is batting. 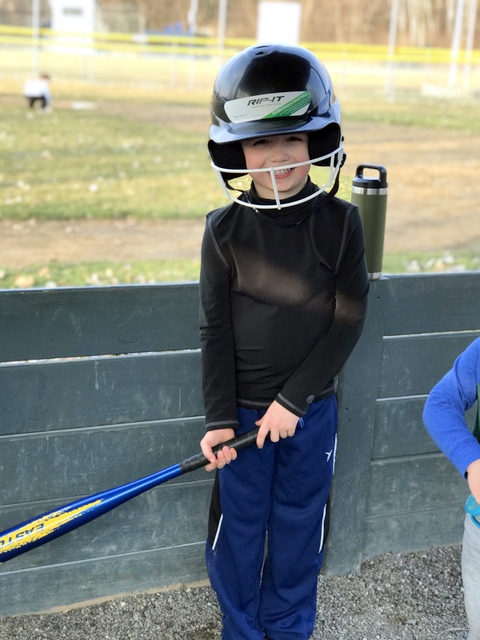 We are definitely looking forward to a fun season (and hopefully it’ll warm up quickly so we’re not all freezing our tails off at the games!!).

Saturday was pretty busy from morning til night! Jay was out for a little while in the morning to help with t-ball field cleanup, Lucas and I made a trip to the grocery store, he had t-ball practice later in the afternoon, and while he and Jay were out for that and Alex was napping, we got our new couch delivered(!!!!).

Of course, the boys loved playing in all of the cushions from the old couches… 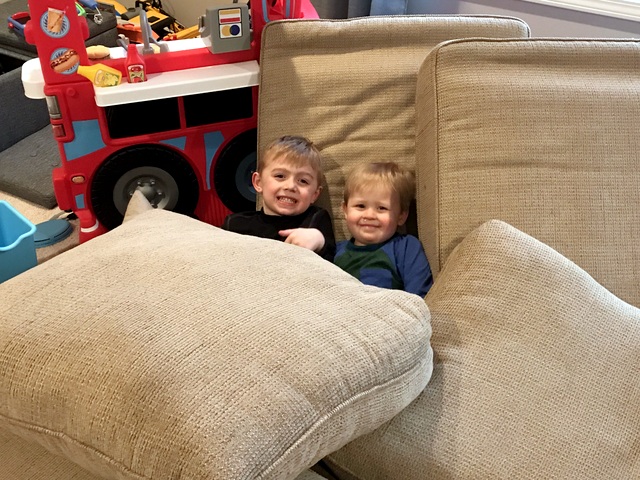 And here’s a little bit of what the living room looked like before they arrived (we moved the old couches out, obviously)… 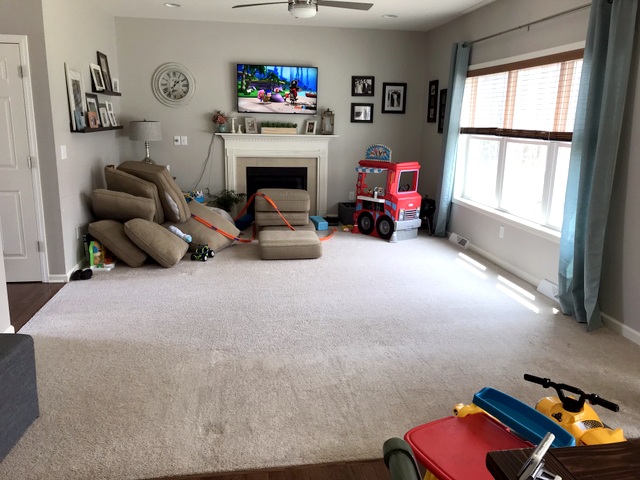 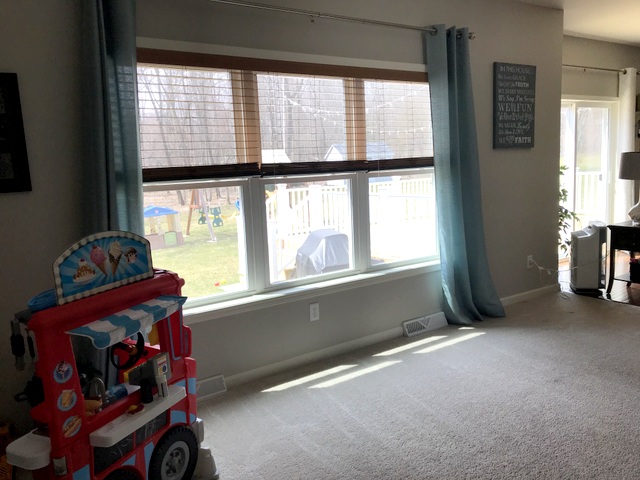 And here’s the new couch! 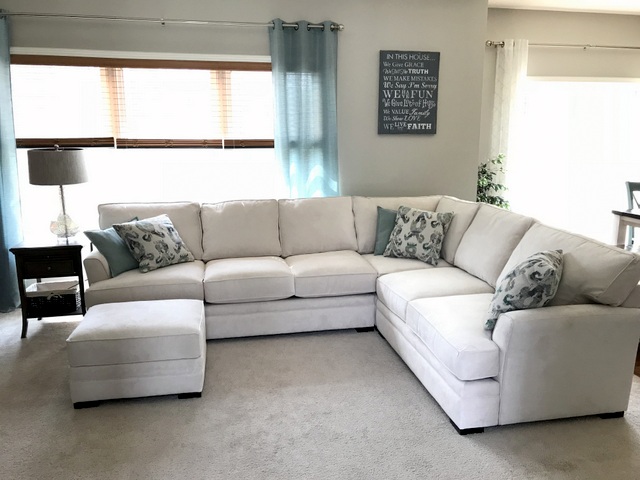 I am in loooooove with it, and equally as paranoid about it getting dirty. I’ve asked myself a few times what we were thinking with going with such a light color, but I just love it and am going to help we can keep it clean as long as possible. And if not? Well, we bought the protection plan as a backup. ; )

(FYI: For those of you local, we ordered from Mooradians, and they were great! So easy to work with, tons of different fabrics and patterns to choose from – we’d definitely recommend them!)

So the timing of the couch delivery wound up working out perfectly, allowing all four of us to make it out for a birthday party for the boys’ cousin, Chase. 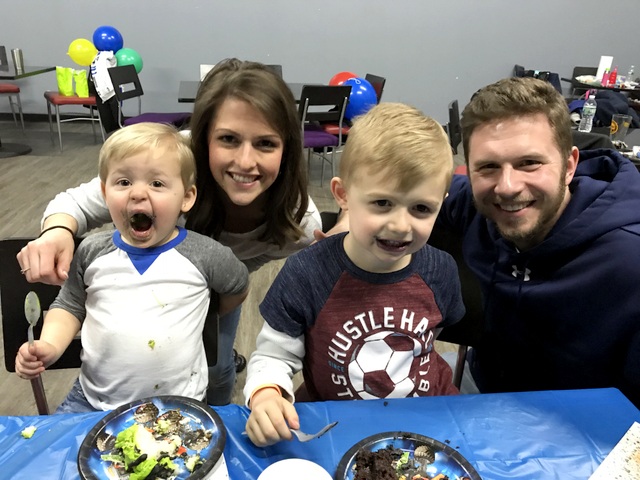 The party was at Via Aquarium, which none of us had been to before except for Lucas (over a year ago), and while it was loved by all, I think it’s safe to say that it was the biggest hit for Alex. 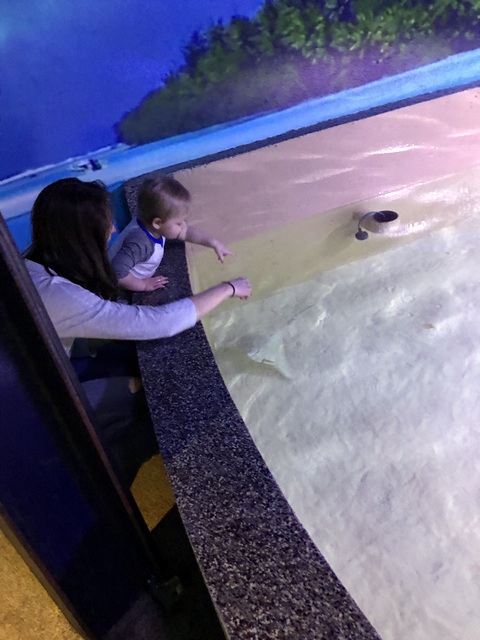 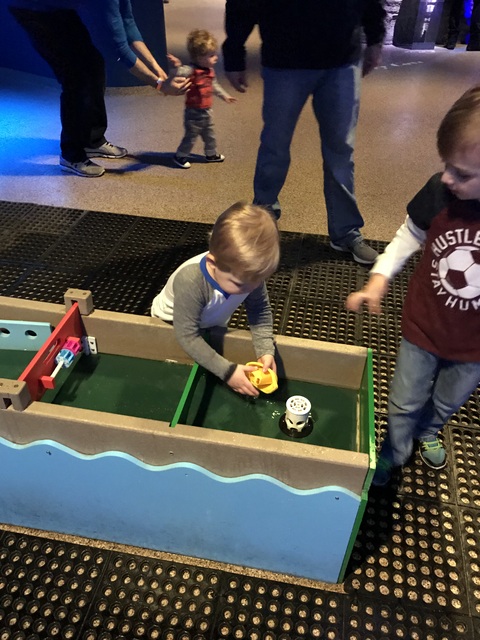 He got a kick out of watching all of the fish, touching the different sea creatures, and playing in the water. 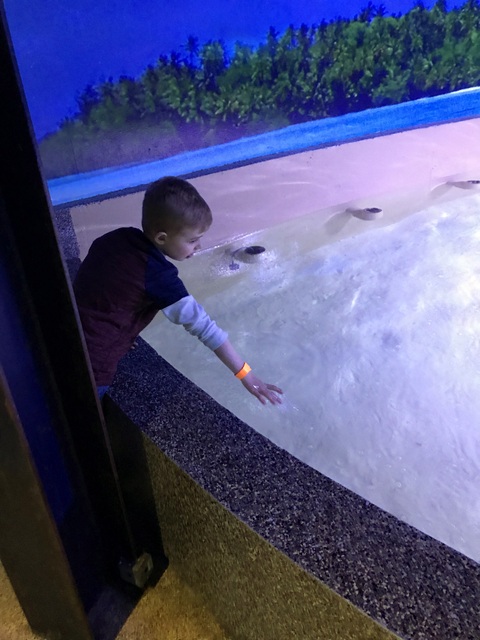 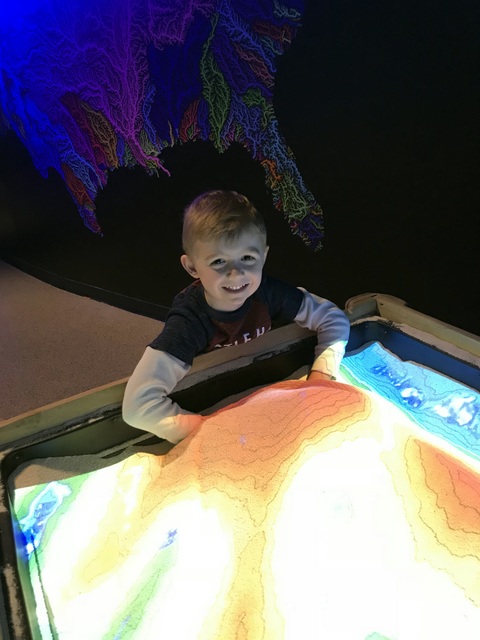 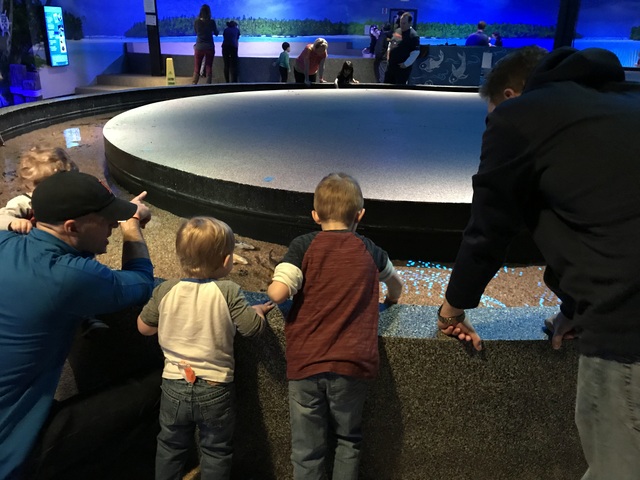 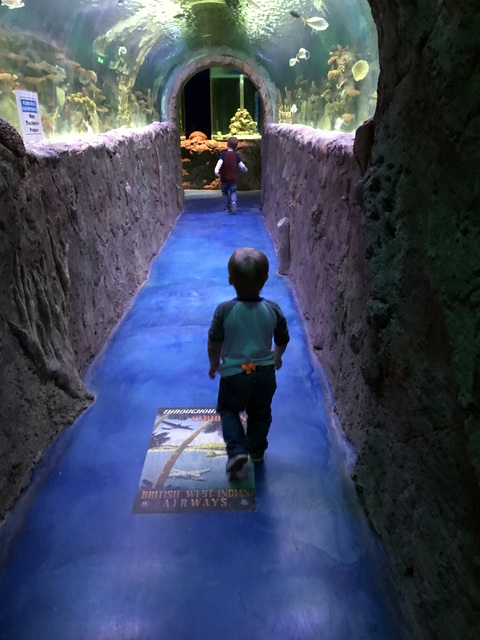 It was so much fun! 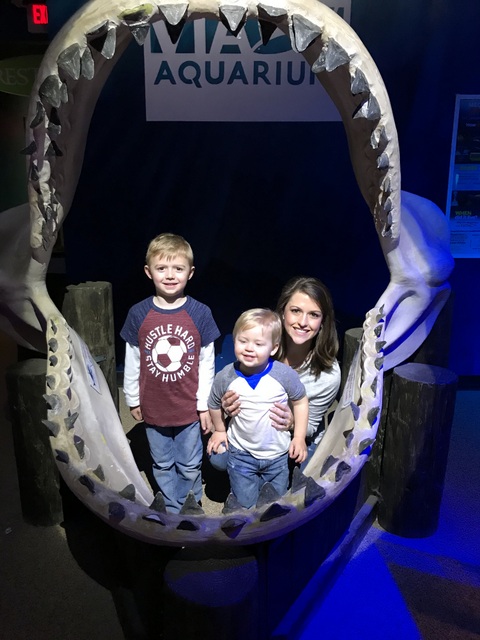 Sunday started out with a morning workout, followed by a last-minute trip to HomeGoods. A couple of weeks ago, I found this awesome console table in the store (actually, I mentioned it in this post!) and had been thinking about it ever since. After getting the new couch delivered, I really thought it was going to be perfect, so I made the decision to go and see if it was still there. If so, then it was meant to be and I had to have it. 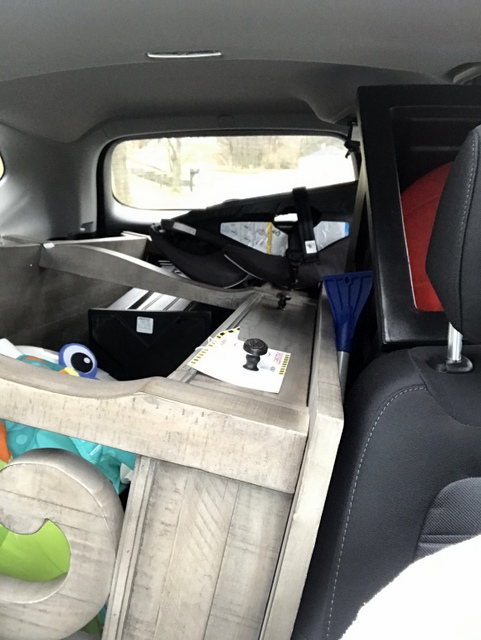 It was meant to be. And it’s exactly what I was hoping for! Now I just need to find some more goodies to decorate it with that are ALSO conducive to two young boys who will likely, inevitably knock stuff off of it. : ) 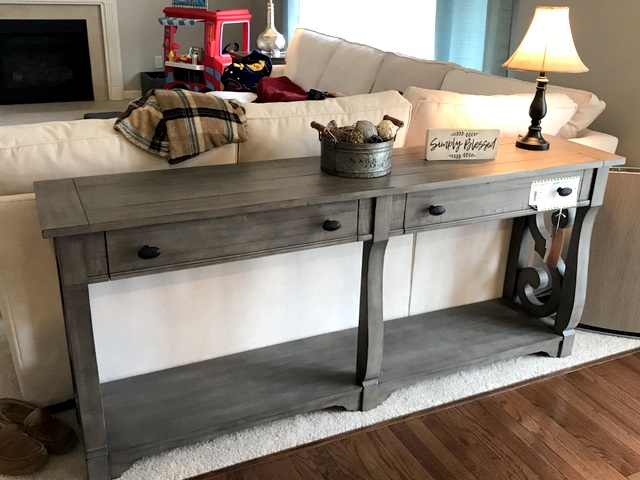 Later that afternoon, Lucas had another birthday party for one of his buddies from preschool, so he and I went to that together, where he basically did not stop moving/jumping for a solid hour. 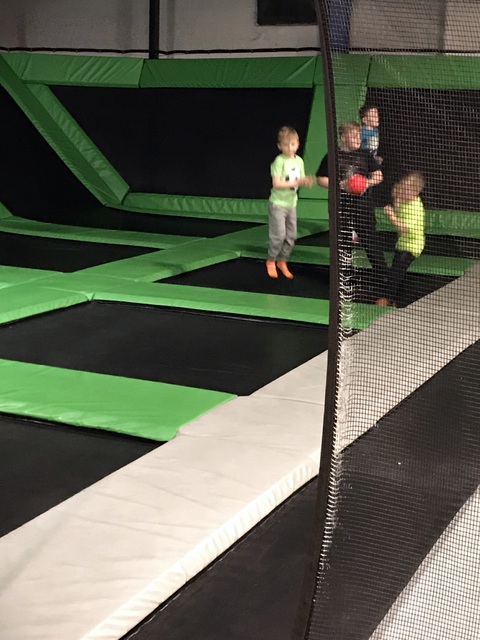 This kid’s energy is somethin’ else.

We followed up the party with a pretty chill evening at home watching hockey and staying warm inside (thanks to another chilly day). 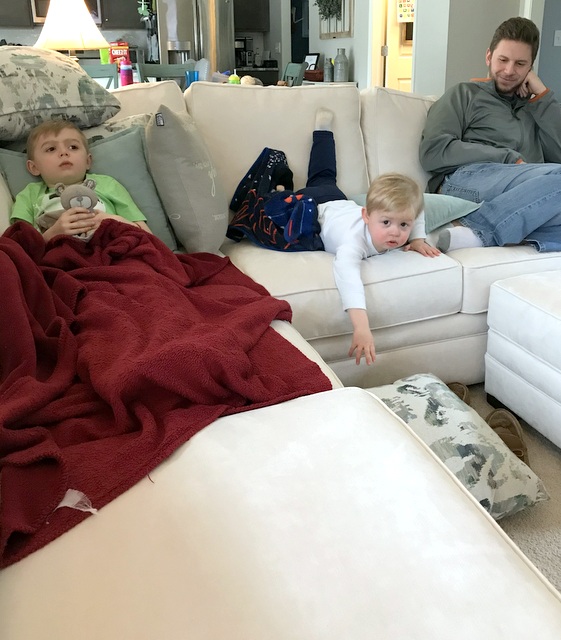 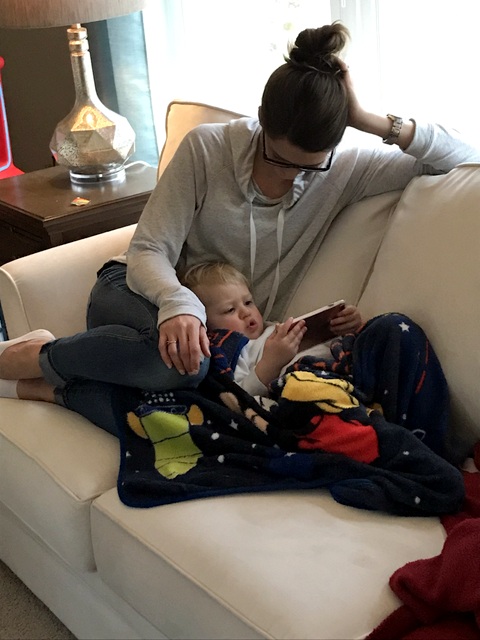 Weather aside, it was definitely a great weekend!

How about you guys? Do anything fun or exciting??