Well we had quite a busy coupe of days over here this past weekend, but they were fantastic.

On Saturday, we got to celebrate this guy turning 3 all over again by celebrating with family, new neighbors, and friends! 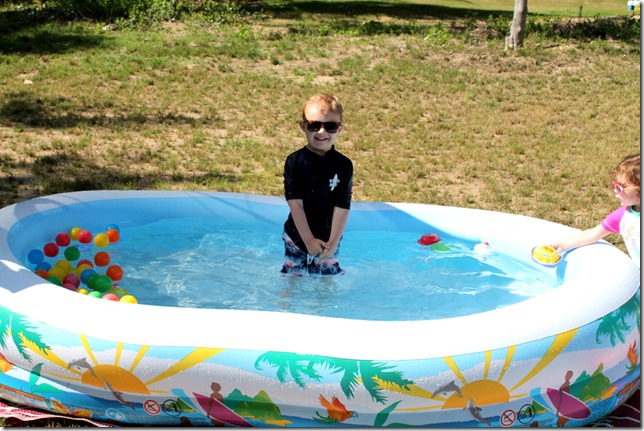 Jay and I love to entertain, and it was sort of hard to believe that it had been well over a year ago since we moved and have been able to throw a good party. I’d say our last good one had to be this party, but we certainly had some great memories back at our old house!

So it was time to make some new memories in the new house. And granted, the party took a bit of a different tune from the way we used to party, but it was still just as fun. 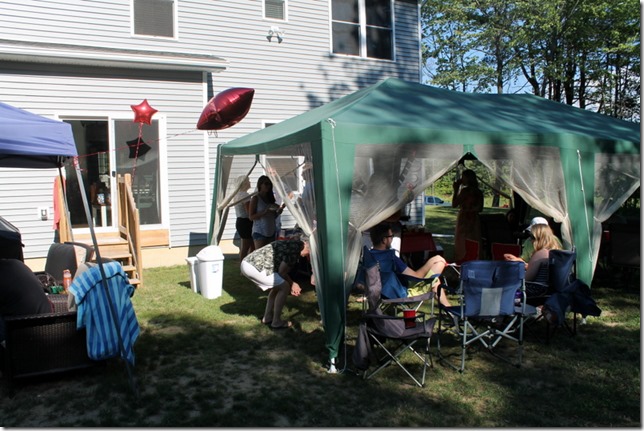 This guy had a blast running around and playing with all of his friends. 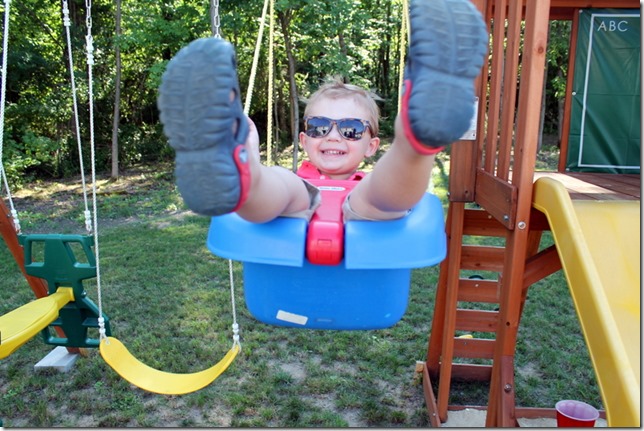 While this guy did a great job of hanging out with grandma or sleeping. He was the perfect party attendee! 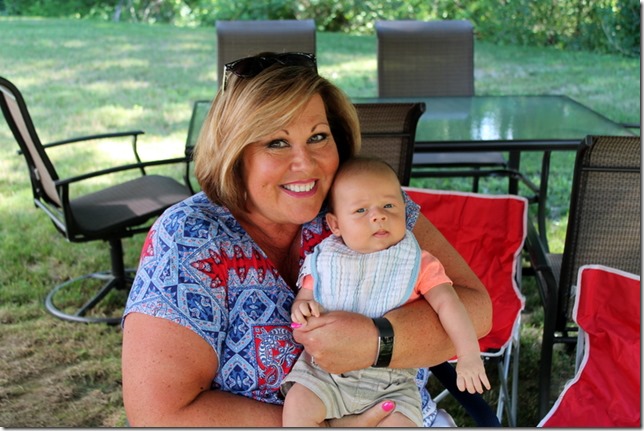 I honestly didn’t take all that many photos from the day which I was equally bummed and happy about. Bummed for the obvious reasons of not having more photos, but happy because I know I was just out and about mingling with friends and enjoying myself, rather that feeling like everything had to be documented. 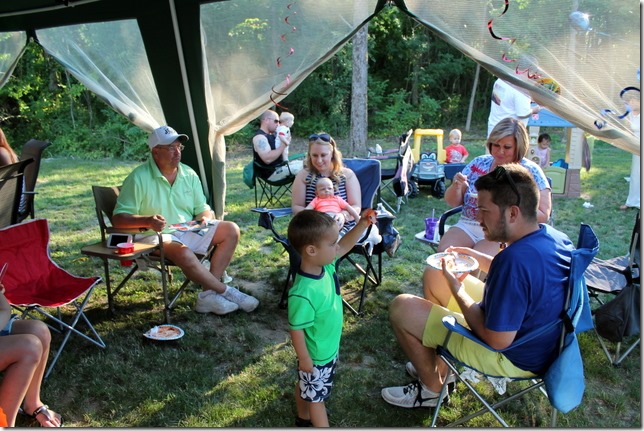 It wasn’t anything fancy (aka, no Pinterest themed party here – just some Blaze and the Monster Machine decorations here and there!), and I’d say the most effort I put into anything “cute” was for these little pudding cups. 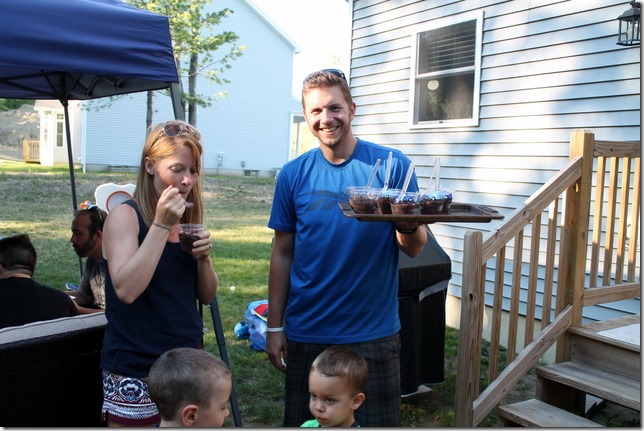 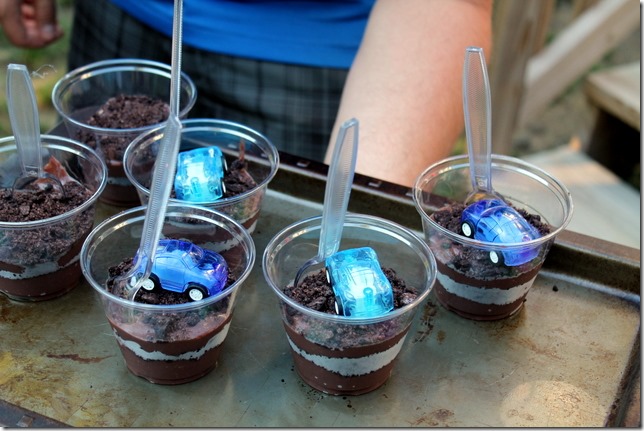 Of course, the cake was also a pretty great treat, too. How cute is it, right?!? 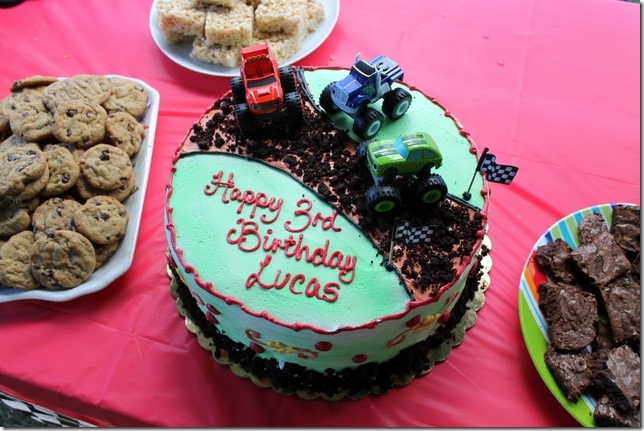 I wish I’d thought to take a picture the first time he saw the cake because his face was priceless. The child is obsessed with Blaze. 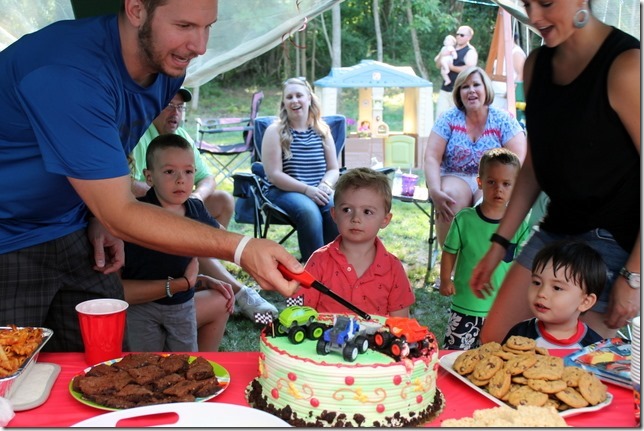 Oh, and hey…parents of the year over here? We totally didn’t have ANY birthday candles in the house (and I’d thrown away the 3 candle from his actual birthday) so we had to light three tea light candles on the top of his freakin cake. Go figure? 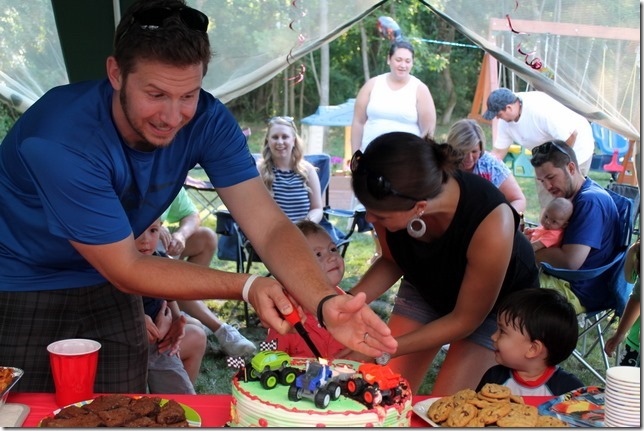 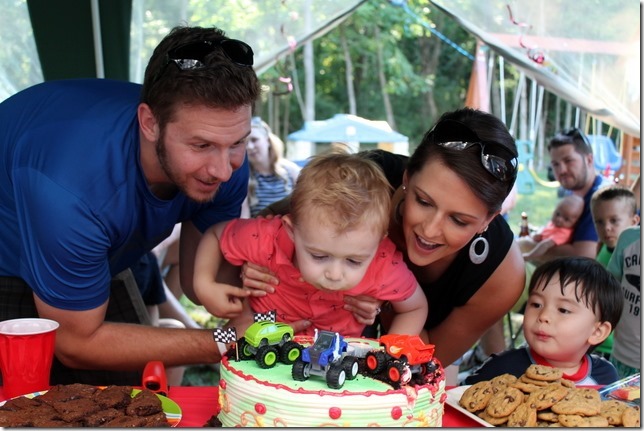 He just wanted to keep relighting them so we could keep singing happy birthday. 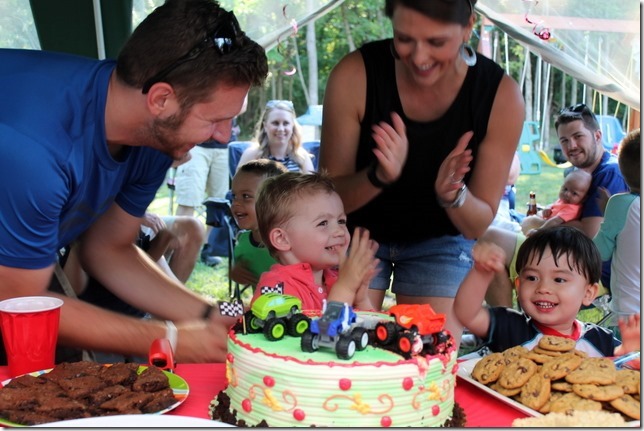 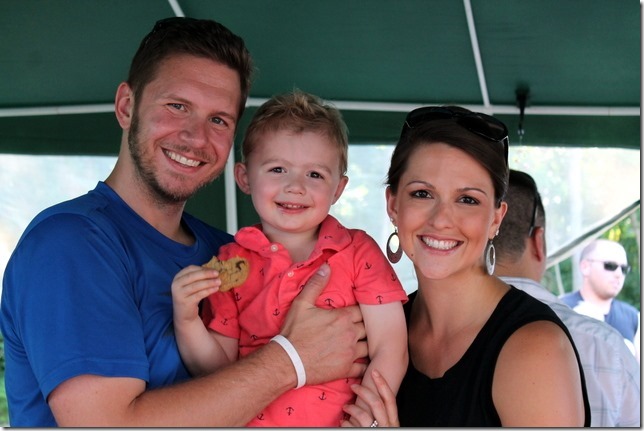 It was a great party and everyone was equally wiped by the end of it, so we all slept well that night!

On Sunday, we headed over to my friend Rachel’s house for a BBQ with all of my college girlfriends. I don’t get to see them nearly as often as I used to, so it’s always nice to have the time to catch up when we can. The kiddos all played outside (or hung out on playmats) while the adults caught up on life. 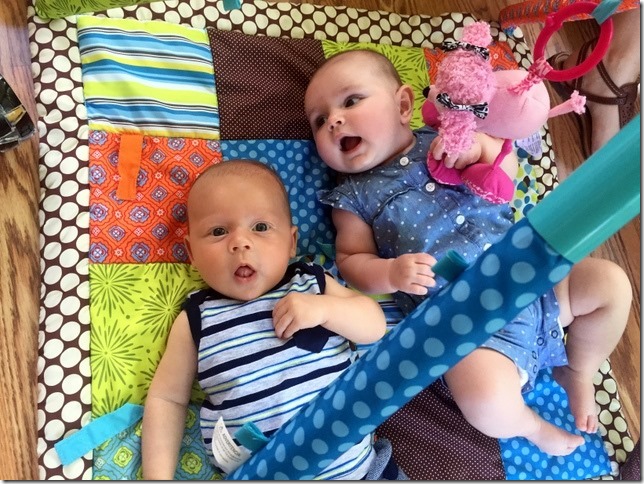 And because it was two days in a row with no nap, somebody was quite tuckered out on our way home. 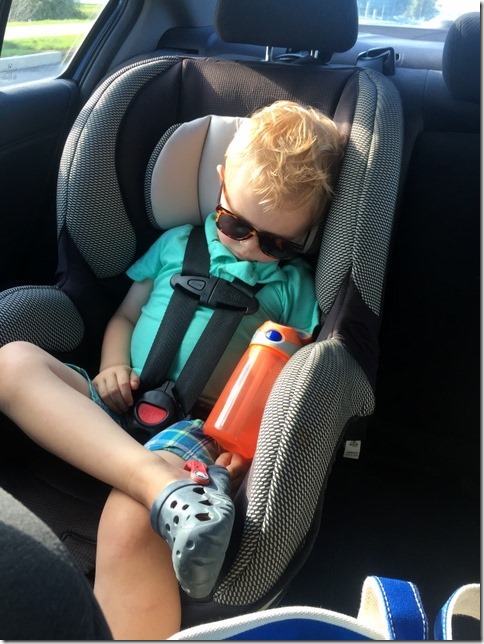 Thankfully, it was only a quick little catnap, so we still managed to have both kiddos down for bed and asleep before 8pm. It was AMAZING. And it was also a beautiful night, so for the first time since moving in (almost a year ago now!!) we sat outside on our front porch and enjoyed some snacks and beverages. 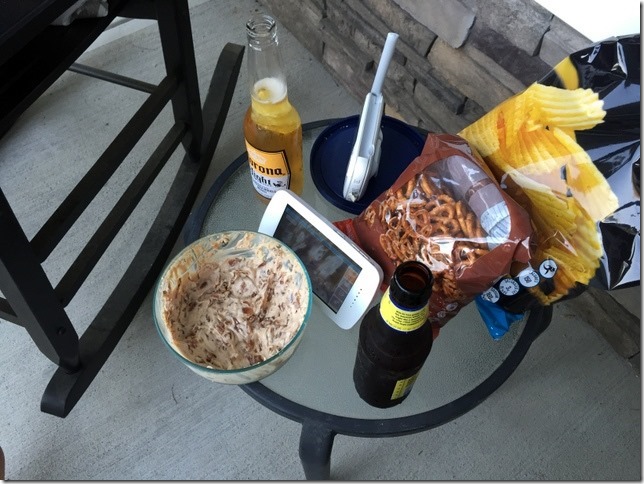 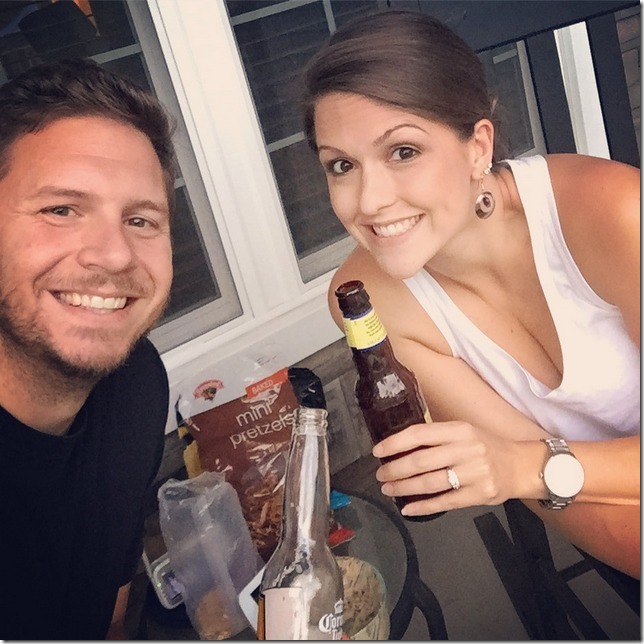 And this is also why today’s post is coming to you a little later today. We were having too much fun out on the porch for me to come in and write up a post. So instead, I’m writing it today on Monday afternoon while both kiddos are snoozing.

Now that I’m finished, I’m hitting publish and hoping I can squeeze in a little workout before one of them wakes up. Then it’s back to potty training, which officially started today. I’ll fill you guys in on that later in the week, I’m sure!

Hope you’re all having a GREAT day so far!