Last night as we were going to bed, I informed Jay that he was going to be “surprising” me with pancakes for breakfast in the morning. Yes, I had a strong hankering for pancakes at 12:30am, and the thought of having them for breakfast sounded just incredible.

Of course, I was only slightly kidding, as pancakes aren’t really his thing. However, when I went out to the kitchen, I found him actually attempting them for me. What a guy!

Unfortunately, the batter was a total fail. He used Bisquick as the base of his pancakes, which we’ve done before and they’re great, but our Bisquick was wayyyyy past its due date. Like, almost a year past…woops.

So we put a kibosh on the pancakes. 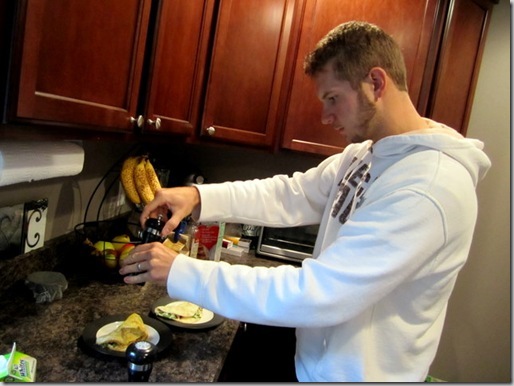 And we had some amazing omelets for breakfast!

While Jay got to work on the food, I sipped on my mug of coffee and got to work on some coupon clipping. Let me tell you, there was a crapload of awesome coupons today, and I’m pretty excited. You guys know I love my coupons. 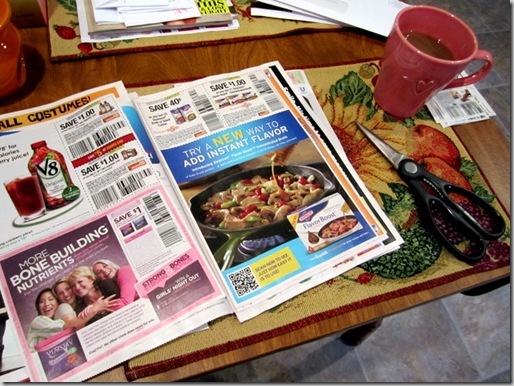 A short while later, breakfast attempt #2 was served. 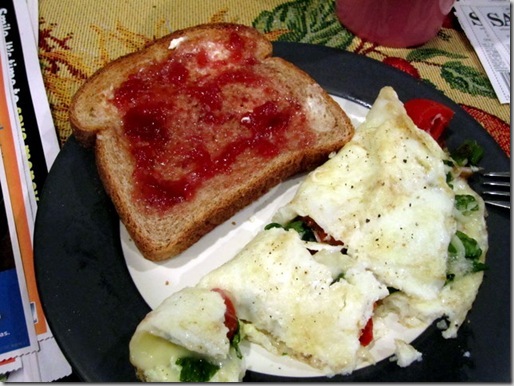 Jay prepared me an egg white omelet with peppers, onions, tomatoes, spinach, and a light sprinkle of shredded mozzarella cheese. Oh, it was perfection. 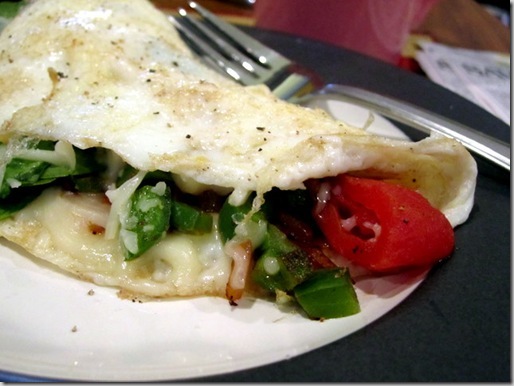 My guy knows how to make a serious omelet. 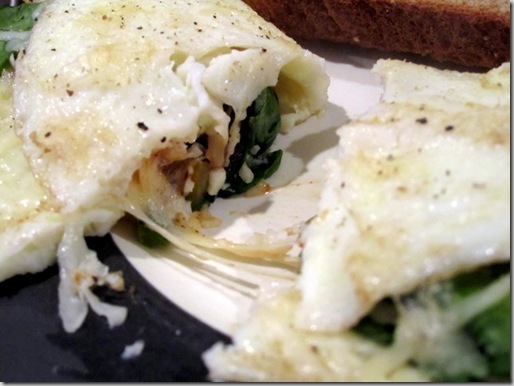 Yeah, I knew there was a reason I married him. 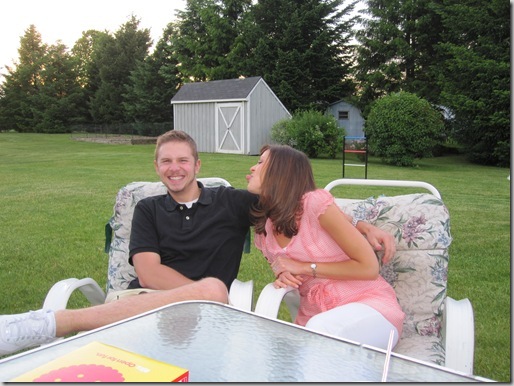 This afternoon, we’re heading out to celebrate another Football Sunday and rumor has it that Mal is making one of her fantastic recipes today. I’m telling you, it’s the best ever!

Hope everyone has a great Sunday!

Will you be watching any football today?

Are you a coupon clipper?

How long do you usually keep certain foods past their due date?