You remember that time management thing that I need to work on?

Well apparently I’m not making too much headway yet…

I had myself rushing around so much at the last minute yesterday that I never gave myself time to post…sheesh!

I will tell you that yesterday did start off nice and early with something new – an Ashtanga yoga class!

About a week ago, I saw a Groupon available for the Pilates Principle, offering 5 yoga classes for only $35. I was on the fence about buying, until I found out that Jen had already taken the deal. So we planned a date and we got our yoga on.

The Ashtanga yoga class is 75 minutes long, and started with a series of 10(!!) sun-salutations. After about five I was already warmed up. The class then continued with a series of postures and stretches both on the floor and standing, which left me feeling so incredibly loose and lengthened. Jen and I agree that we both loved the class and already signed up for next week!

After yoga, Jen and I grabbed some breakfast at one of my favorite downtown Troy spots, Spillin’ the Beans. 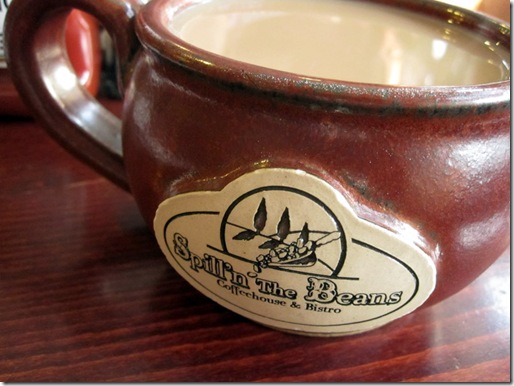 I started out with some much-needed coffee, of course. 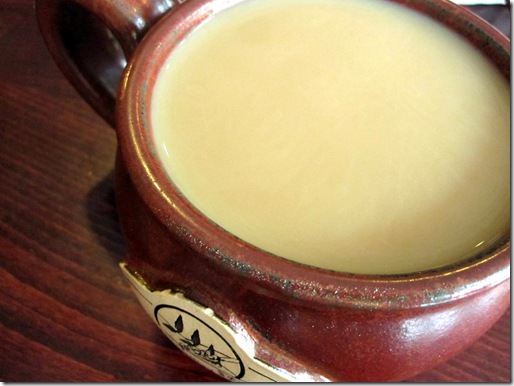 And for breakfast, I ordered a spinach, onion, and tomato omelet, with marble rye toast. 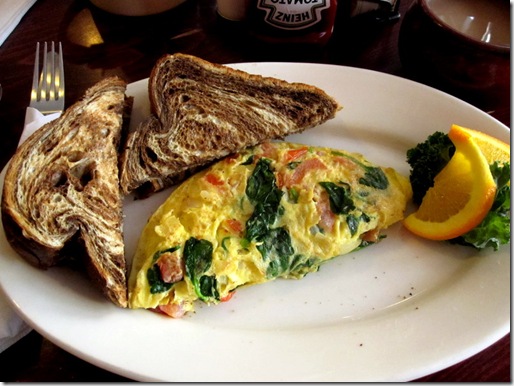 I don’t usually order cheese with my omelets, since I’m picky about there being too much. But they did an awesome job going super light on the provolone. Mmmm Mmmm Mmmmmm. 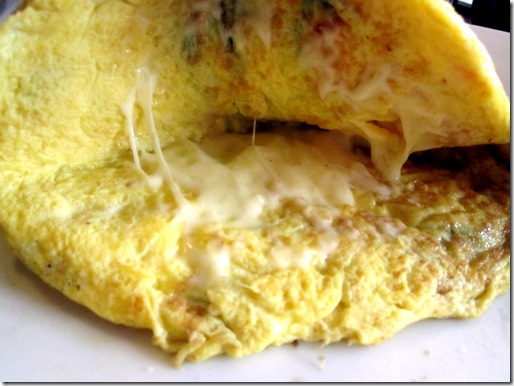 Even better with some ketchup, right Jen? 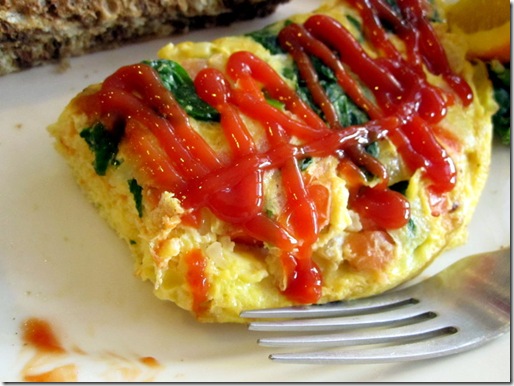 Some of the best marble rye toast ever. 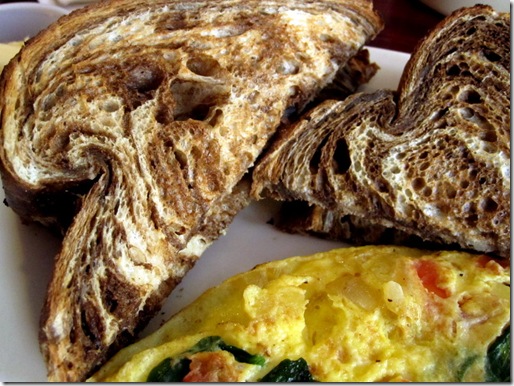 Yesterday afternoon, I also did a little baking… 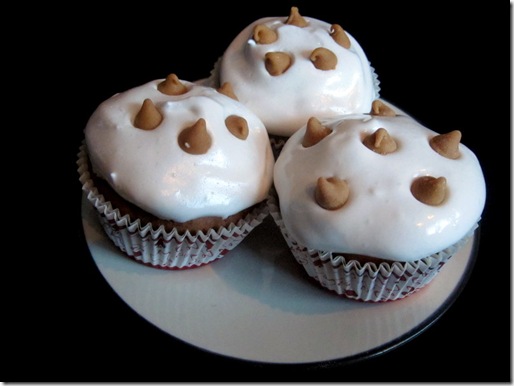 Last week, I came across a recipe from Jessica @ How Sweet It Is that really tugged at my heart strings. Granted, most of her treats usually leave me salivating, but this one really caught my attention. 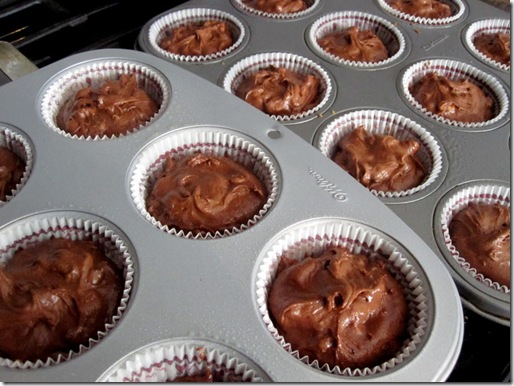 I’m not going to lie…a good amount of brownie batter was consumed in the baking process. 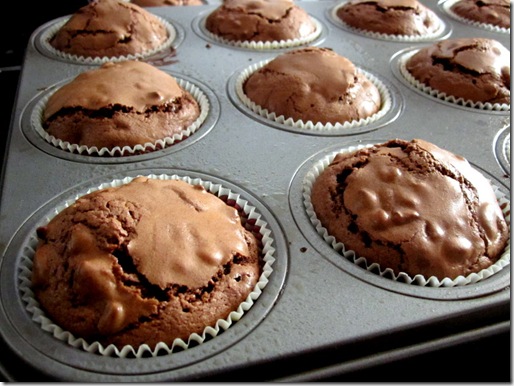 This brownie cupcake’s chewy, fudgey center, combined with its delicate, crunchy top is by far a winning combo. 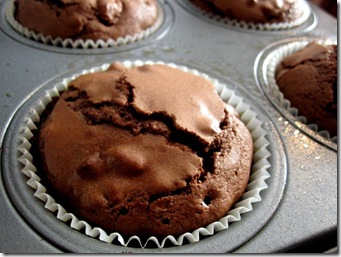 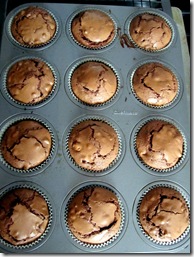 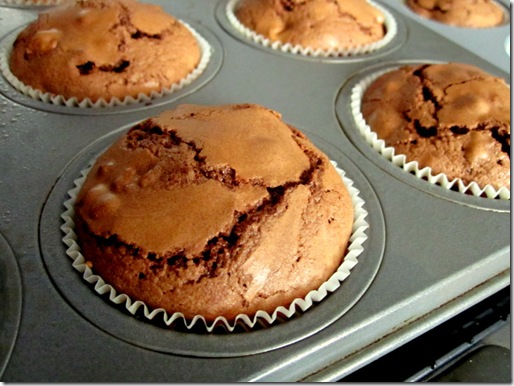 And when you top it with the fluffy white frosting? Well just stick a fork in me…I’m done. 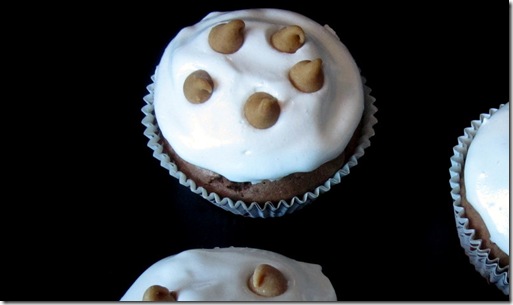 I decided to top mine with some peanut butter chips…

Why did I do that, you ask? 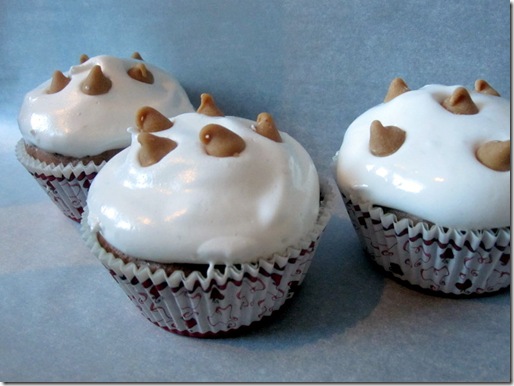 Well, because I decided to make mine as peanut butter brownie cupcakes. 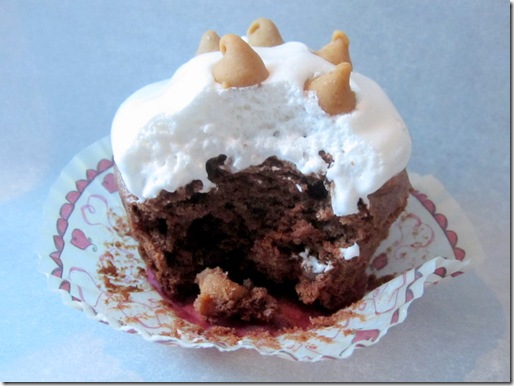 Melt butter and baking squares in a microwave safe bowl. In the mixing bowl, cream melted butter and chocolate mixture. Add in sugar and vanilla and beat until fluffy, about 2-3 minutes. Add in eggs, beating one at a time. Add flour and cocoa powder and stir just until combined. Fold in chocolate and peanut butter chips.

Fill a muffin tin with muffin liners (I also sprayed my lines with non-stick spray) and fill each liner about 3/4 of the way full. Bake for 20-25 minutes, or until brownie is set. The top with be a bit crunchy and the insides will be fudgey.

In a small saucepan, stir together sugar, water and cream of tartar over medium heat until the sugar dissolves and mixture is bubbly.

In a mixing bowl, whip the egg whites and vanilla until they form soft peaks. Slowly add the sugar mixture to the egg whites, beating until stiff peaks form, about 7-10 minutes. Frost brownie cupcakes. 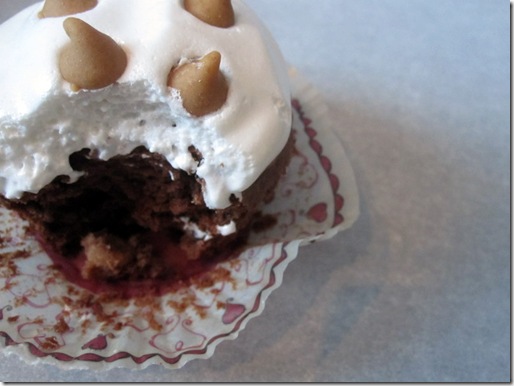 These guys are good. So good, in fact, that I’m trying desperately not to eat them for breakfast.

Jessica, thank you so much for sharing. You’re my hero this morning. 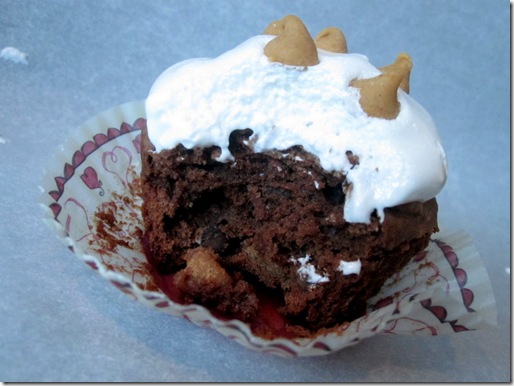 So if you want my honest opinion, I think you should give these gems a try. Then share them with your friends.